The best of San Antonio

I first visited San Antonio, Texas, on a business trip about 15 years ago. I was so enamored with the city’s history, architecture, food scene, and southwestern charm that I made it a point to return whenever possible. For an older city, San Antonio is constantly evolving and I experience something new things each time I visit. Since each trip always leaves me wanting to come back for more, I consider San Antonio to be a bucket list destination.

Here are my recommendations for experiencing the best of San Antonio. But be warned, I’m sure I will add to it next time I visit. 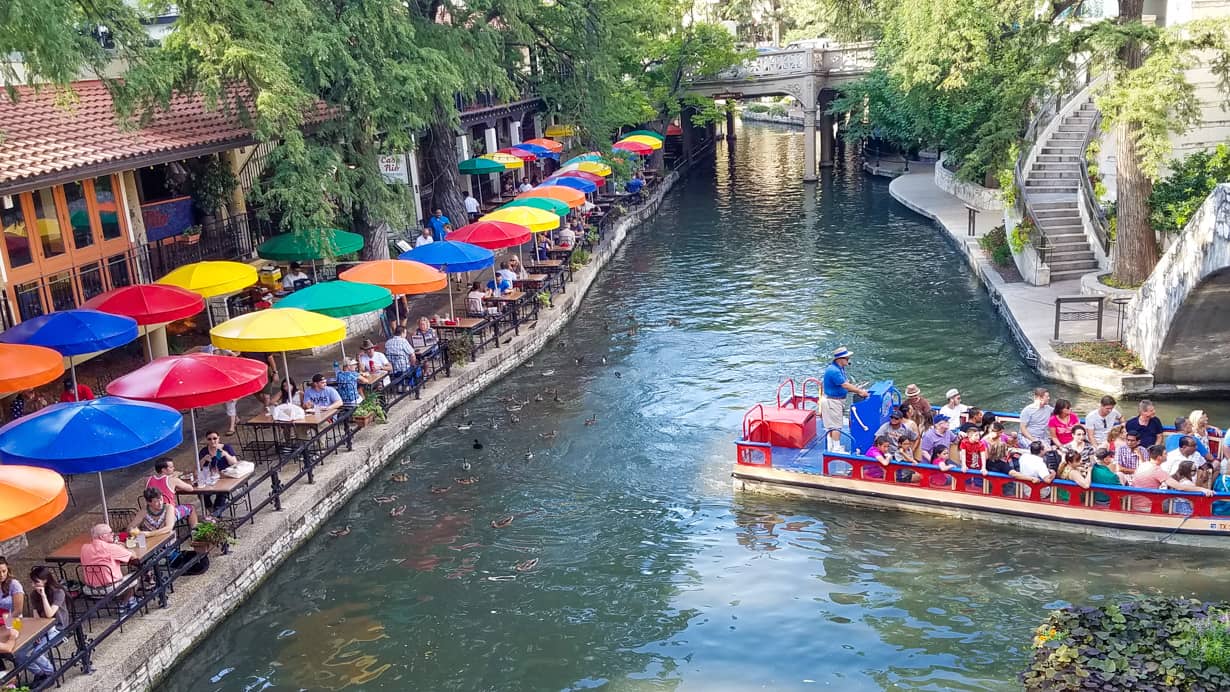 If you are anywhere near downtown, you absolutely must take a stroll past the shops, bars, restaurants, and hotels on the immaculately landscaped River Walk. I recommend going early morning for a peaceful walk or jog, having a midday lunch on the banks of the river, and taking an evening river barge tour. So far, approximately five miles of the San Antonio River have been developed, but as with so much in San Antonio, there are plans for expansion. 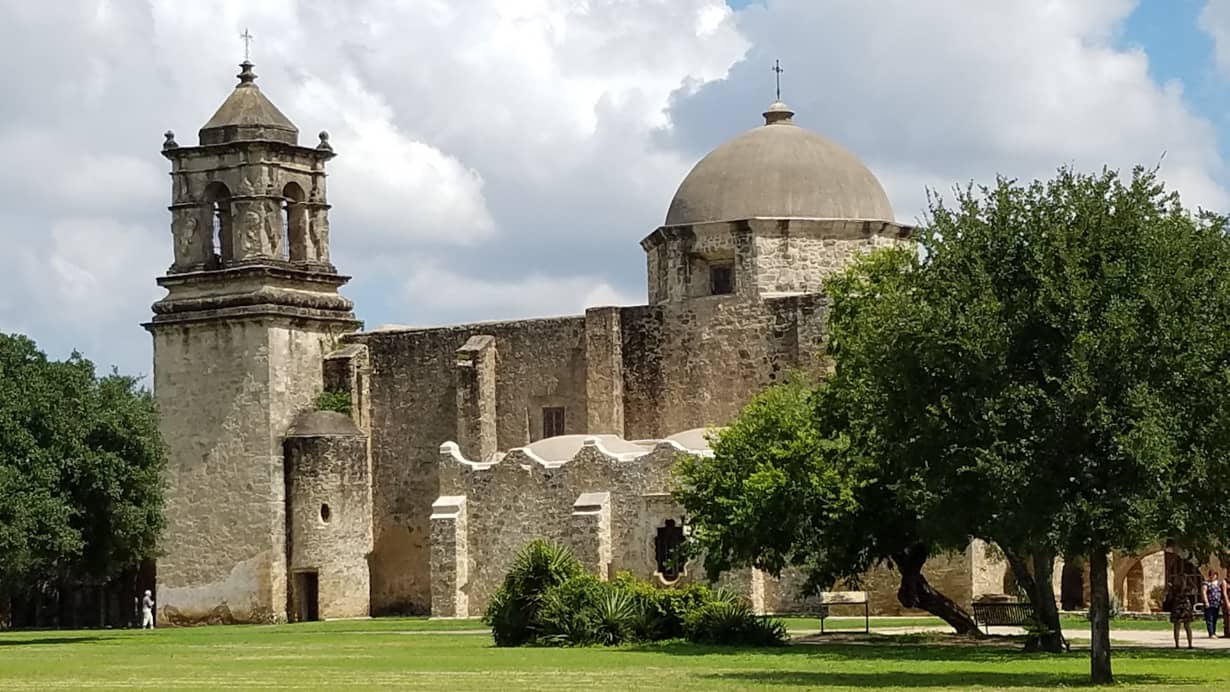 Of course everyone knows about the Alamo, but did you know that San Antonio has four other missions along the San Antonio River basin that have been designated as UNESCO World Heritage sites? Mission San Jose, Mission Concepcion, Mission Espada, Mission San Juan Capistrano, and the Alamo are all operated by the National Parks Service and admission is free! The missions are a must for history buffs. 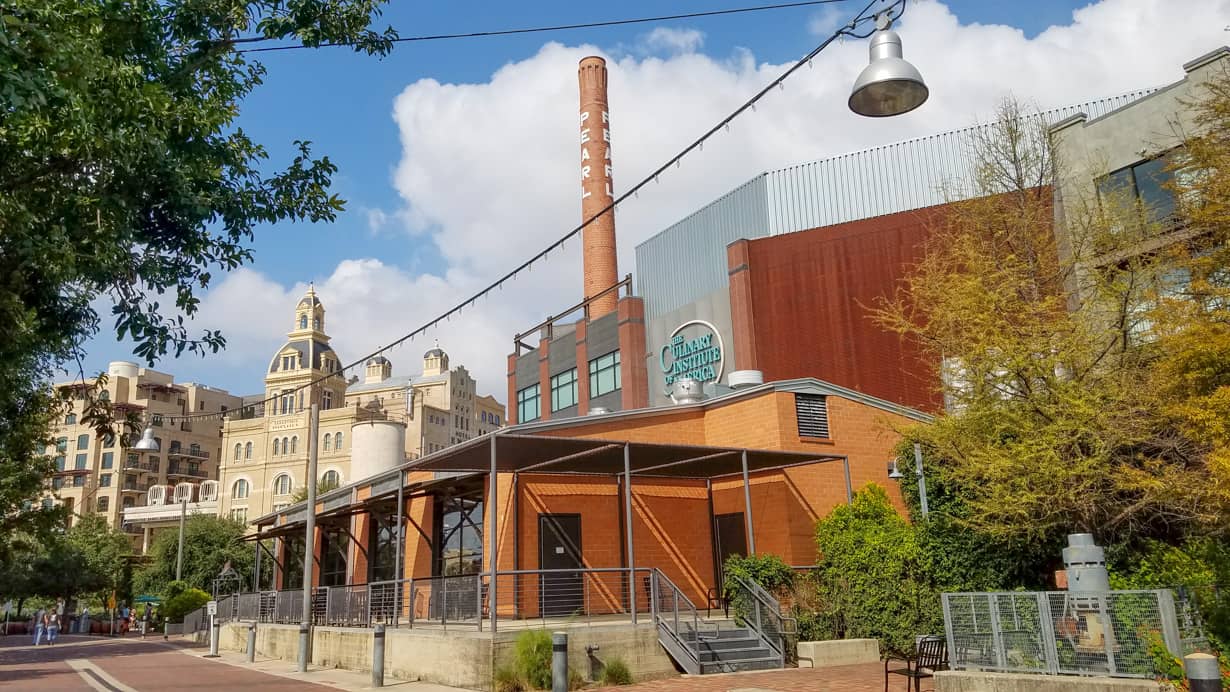 Foodies will want to make a visit to the Pearl district a top priority. The development on the site of the old Pearl Brewery is a hot spot for dining and shopping. The Culinary Institute of America, Hotel Emma, and numerous restaurants with top tier chefs occupy the development. One of the things I love most is how much of the original brewery’s industrial equipment, pipes, and fermentation tanks are left exposed or are repurposed in the renovated architecture. The development is on the banks of the San Antonio River and is accessible via river barges to down town. 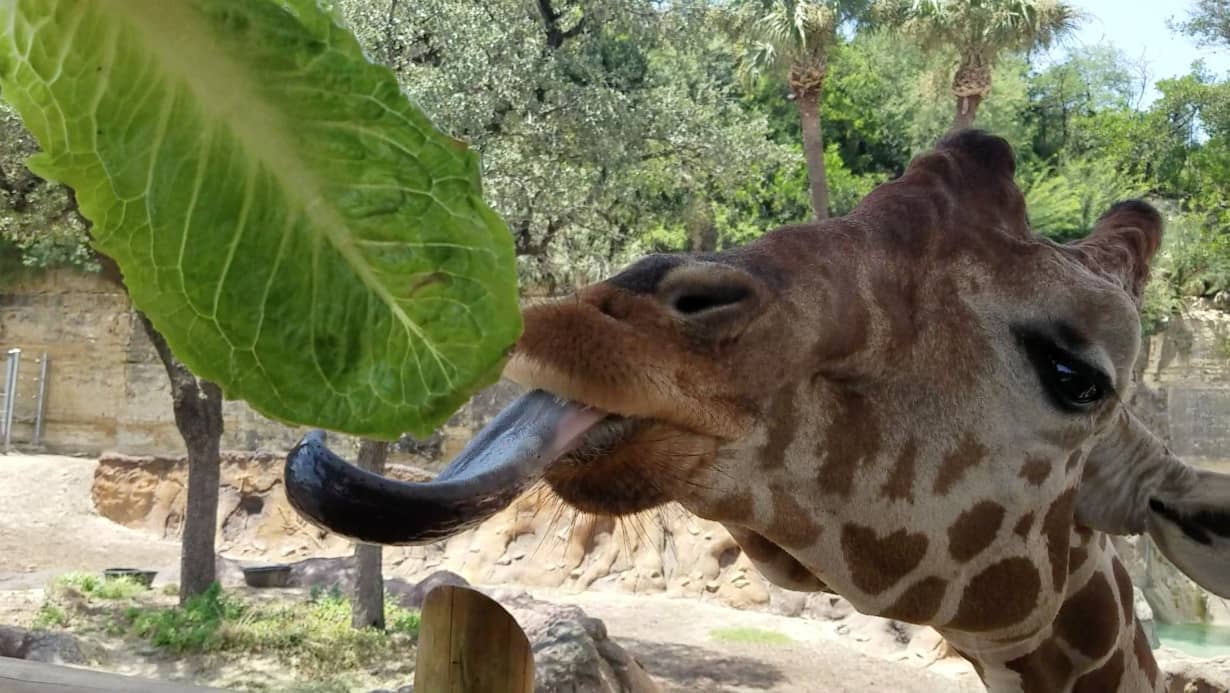 The San Antonio Zoo is one of the most beautiful zoos I’ve ever visited; its commitment to research, conservation, and education is impressive. The zoo also offers special programs that allow you to feed some of the animals. I had a blast feeding giraffes and giant Aldabra tortoises. 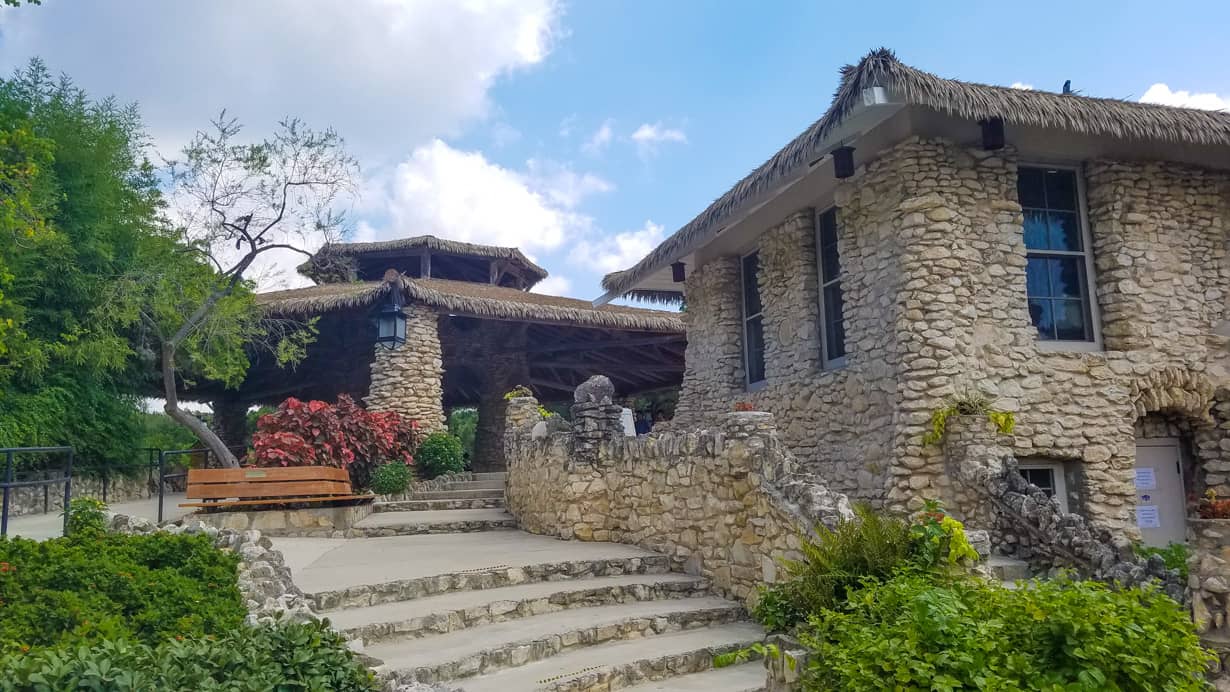 This was an unexpected discovery on my most recent visit to San Antonio. On the site of a former quarry, the Japanese Tea Garden is a spectacular oasis with arched stone bridges, stone paths, exotic plants, a giant pagoda, wildlife, and a 60-foot waterfall. For some reason a sign at the entry says “Entrance to Chinese Tea Garden,” but everywhere else it is referred to as a Japanese Tea Garden. Either way it’s worth checking out—especially since admission is free! 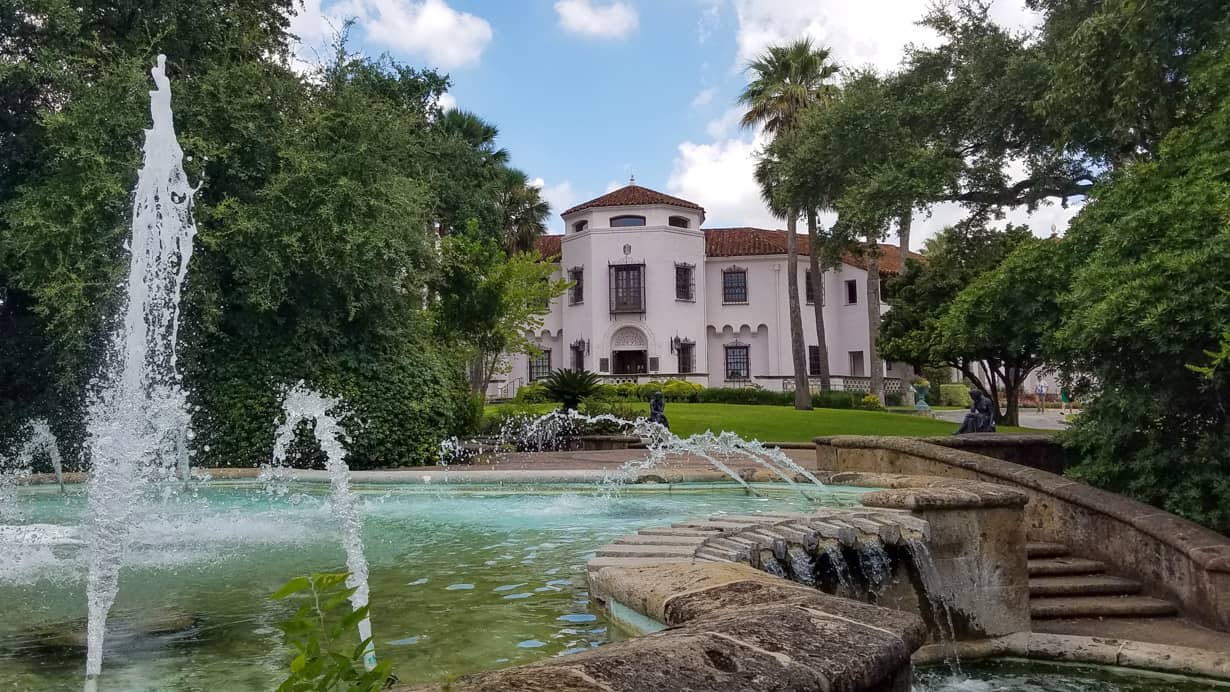 If you have any appreciation for art whatsoever, then you’re got to visit the McNay Art Museum. Housed in what was once a Spanish-Colonial Revival mansion, the museum is home to works of some of the world’s most famous artist including Van Gogh, Gauguin, Monet, Picasso, Cézanne, O’Keeffe, and Rodin. In addition to the permanent collection, the museum has special exhibitions throughout the year.

Viewfinder Tip: San Antonio’s VIVA bus routes provide transportation to the missions, cultural attractions, and downtown attractions. An Unlimited Day Pass is just $2.75 and is a great way to save on gas and parking. 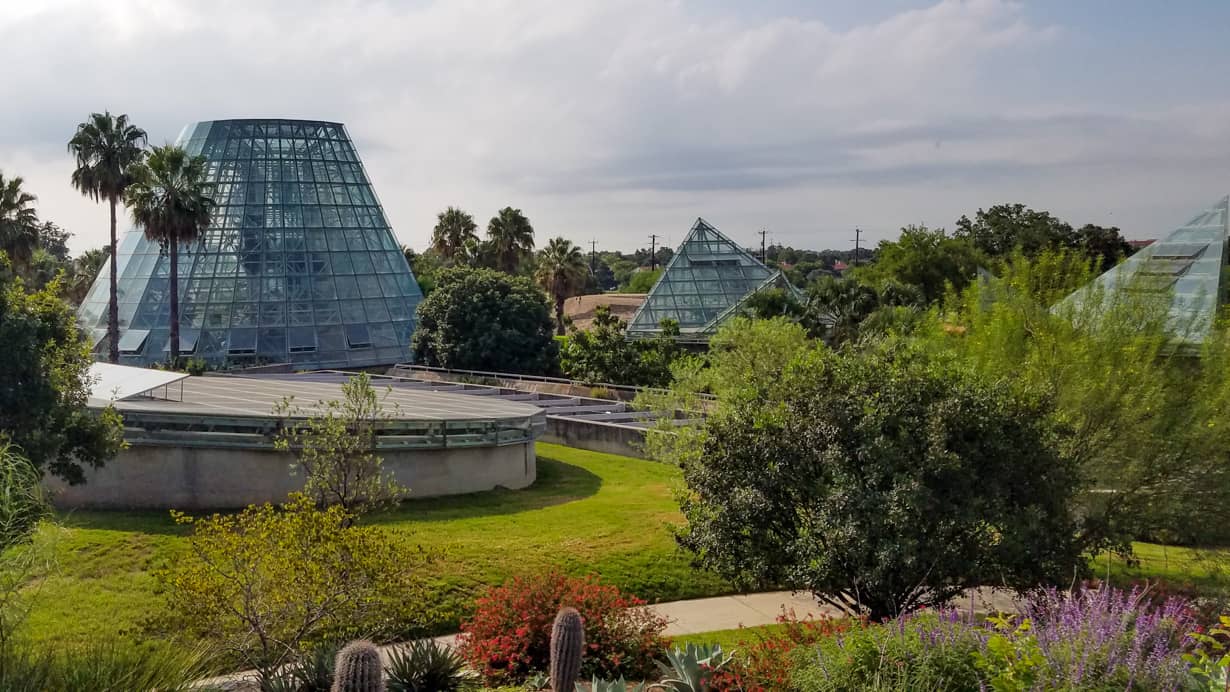 The San Antonio Botanical Garden offers a relaxing sanctuary from the city. A beautiful old stone carriage house that serves the entrance, a restaurant, and meeting place. The property has numerous themed gardens, three conservatories, fountains, trails and a turtle filled lake in the Piney Woods area. The 33-acre garden is undergoing major expansion to develop an additional 8 acres. 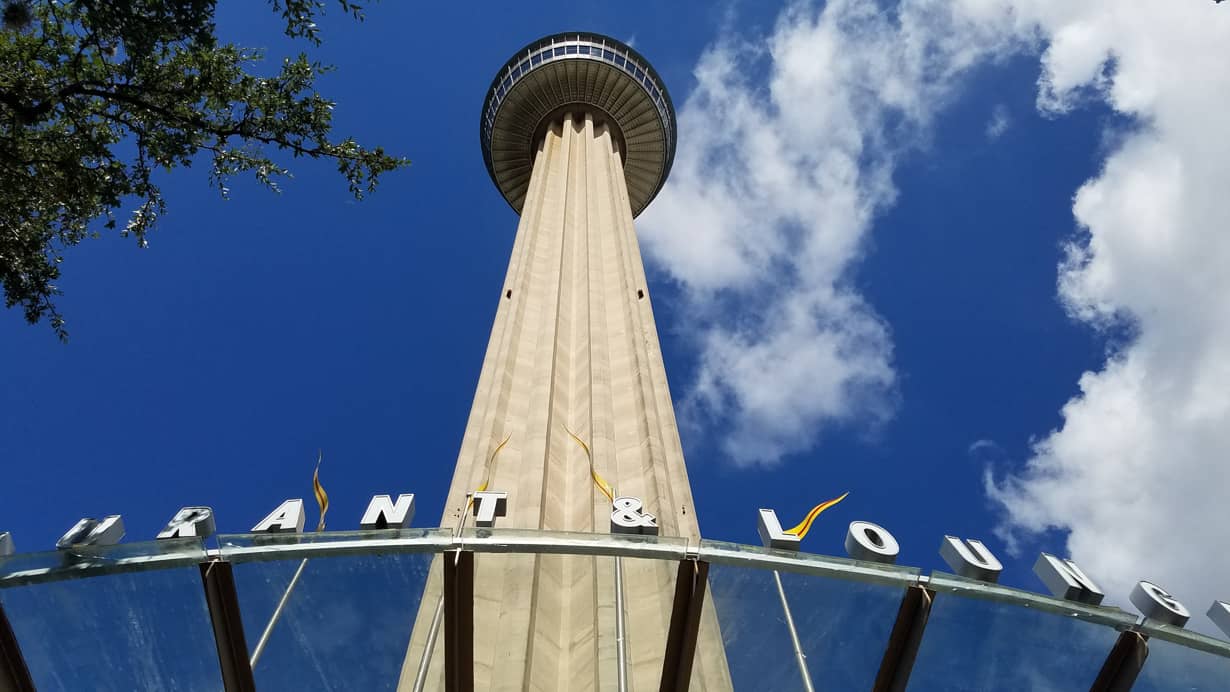 Tower of the Americas

Until the Stratosphere Tower in Las Vegas was completed in 1996, San Antonio’s Tower of the Americas was the tallest observation tower in the United States. The tower was built as a centerpiece for the 1968 world’s fair. Though you can reach the top by climbing 952 steps, I recommend forking over $12 for an elevator ride. The observation deck offers spectacular views of the city and if you’re hungry, you can dine at the rotating Chart House restaurant. 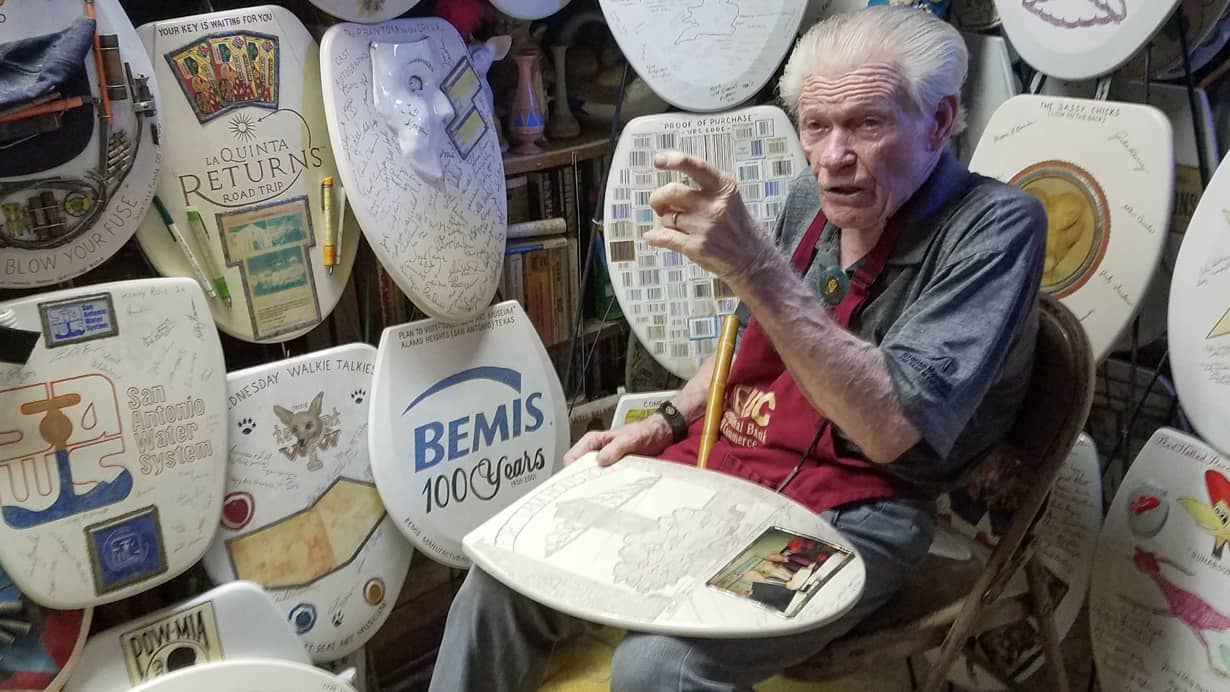 I’ll admit that I have a penchant for the quirky and Barney Smith’s Toilet Seat Art Museum fit the bill perfectly. With over 1,200 decorated toilet seats, the museum houses the largest private collection of toilet seat art in North America, if not the entire world! I absolutely loved meeting 95-year-old Barney Smith. He is quite a character and has a story behind each and every seat in his collection. He showed me a VHS tape of his appearances on several national and local TV shows including, The View, The Tonight Show, and Montel Williams. His collection is housed in a barn behind his house and is open by appointment only. 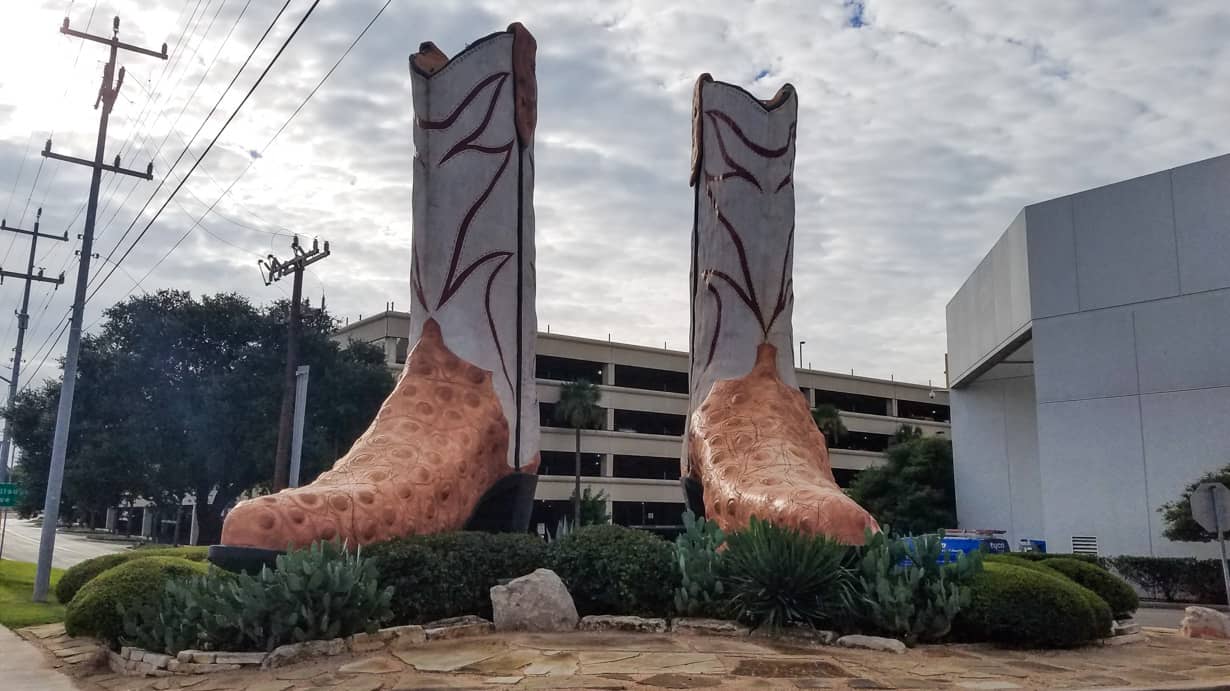 They say that everything’s big in Texas, and whoever they are, they ain’t kidding. Head out to North Star Mall and snap a photo of the world’s largest cowboy boots sculpture. The 40-feet-tall by 30-feet-wide boots appear to be made of leather and ostrich skin. 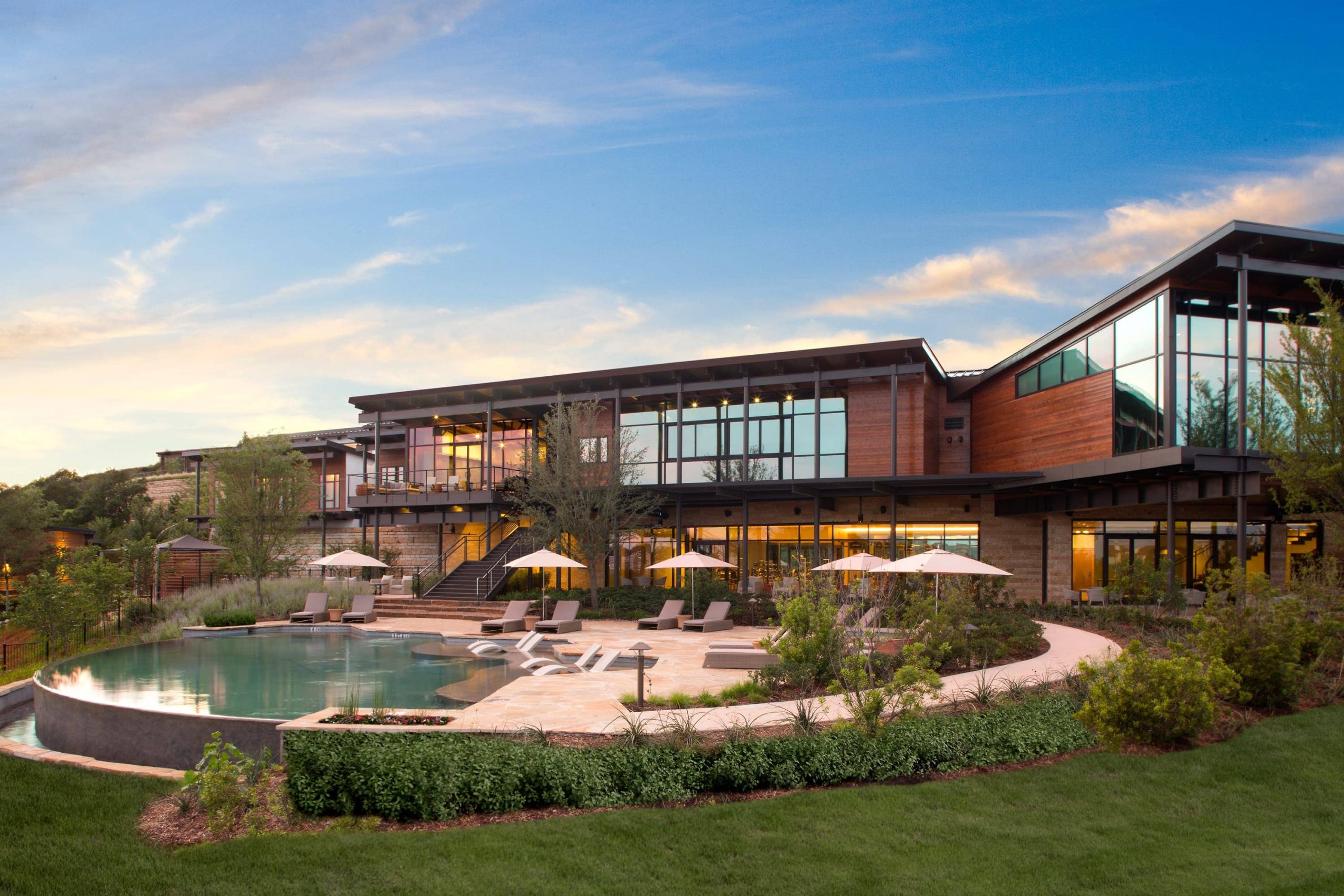 Located at La Cantera Resort and Spa, Loma de Vida Spa & Wellness is one of the largest full service spas in the state of Texas. Among amenities in the new 17,000 sq. ft. facility are 15 treatment rooms, private suites, a hot tub, luxurious lofts, a fitness studio, Quenche Juicery, and Barista Bar. The facility has an additional 9,000 square feet of outdoor space with garden cabanas, an infinity pool, a yoga lawn, and The Grotto—a private saline pool and garden area.

What are your favorite things to experience in San Antonio?