Atlanta restaurant spotlight: The places you need to eat at now

Don’t get us wrong—all of these mouthwatering staples can certainly be found in Atlanta, but the ATL is much more than the Southern-fried stereotype. In fact, over recent years, the city has experienced a major boom in its food scene, with an influx of both internationally inspired eateries and high-end fine dining. Whether you live in metro Atlanta or you’re visiting for the first time, these are the places to eat—and things to do nearby—in what may be the new food capital of the South. 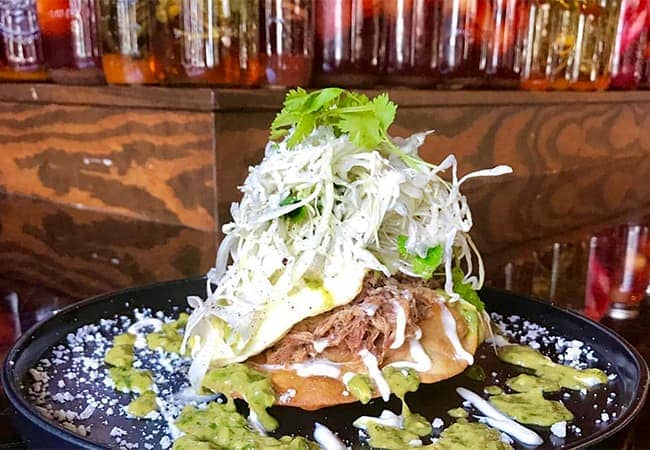 After a day spent exploring the modern attractions of Downtown Atlanta, like CNN Center and the World of Coca-Cola, hop east into the historic Old Fourth Ward. Hip eateries abound in this former industrial area-turned-trendy district. Grab a reservation for Venkman’s, where contemporary comfort food is served in a chic warehouse space. Feast on dishes such as seared pork with seasonal veggies or a crisp Caesar salad, and wash it all down with a craft cocktail or two. The restaurant is also a quick drive from the Fabulous Fox Theatre, where you can catch a musical, concert, or comedy show. 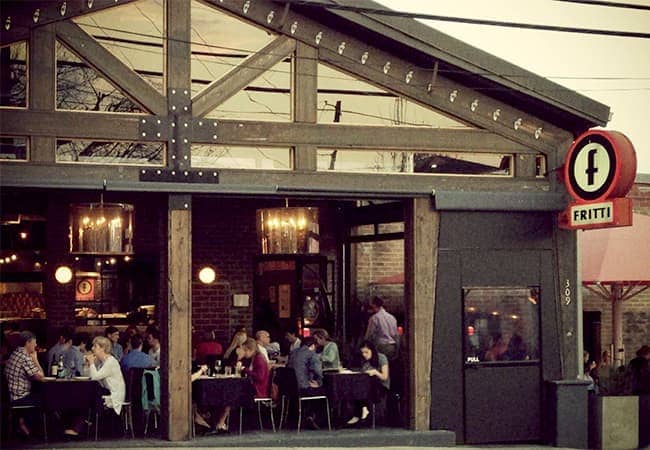 A short walk from Venkman’s through Freedom Park brings you into Inman Park, a leafy area known for its cool brunch spots, indie cafes, and sleek wine bars. At high-energy Fritti, along popular North Highland, tuck into authentic Neapolitan pizza that’s been named among the best in the city. Using traditional artisanal methods, the pizzaiolos serve up pies with toppings ranging from spicy salami to fried squid. You can also experience the wide variety of other culinary options that the neighborhood has to offer on a walking tour to sample everything from Szechuan dumplings to hand-crafted ice cream pops. 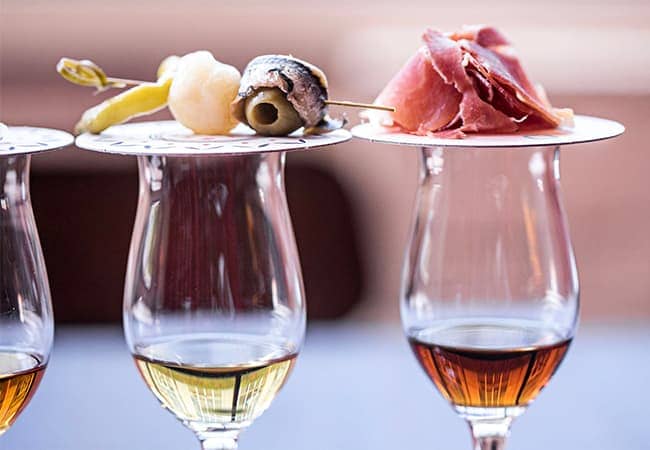 Less than a mile from Fritti inside the famous Krog Street Market, Bar Mercado boasts the greatest hits of Spanish cuisine, with flavor-packed tapas that represent the multiple regions of Spain. Inside the eclectic and colorful space, order up plates such as salmon crudo, pork cheek empanadas, and patatas bravas to share with the table. Equally impressive is the reasonably priced wine list, with glasses starting at just $5. The Krog Street Market is also home to many other restaurants, bars, and food shops that you can explore with a local guide who’s in the know. 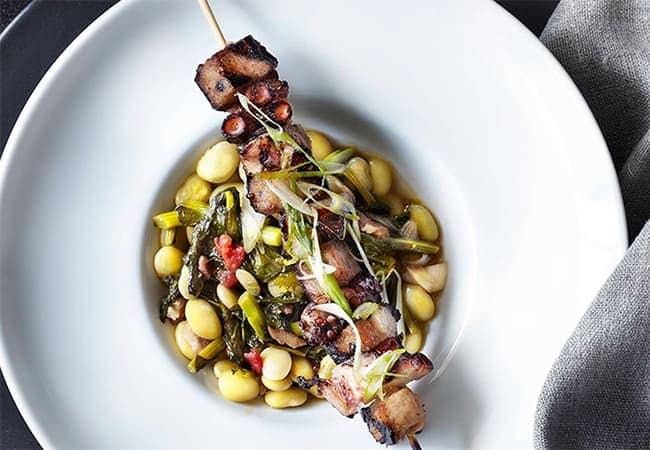 Another brief walk through Inman Park can take you to BoccaLupo, an Italian-American eatery focused on fresh ingredients and handmade pasta. The seasonal menu is constantly changing but might feature dishes like grilled octopus, black spaghetti, chicken liver ravioli, and brisket with gnocchi. Make sure to save room so you can finish your meal with New World takes on Old World desserts like panna cotta and gelato. The intimate restaurant is the perfect place for a date-night dinner followed by a play or improv show at nearby Dad’s Garage Theatre. 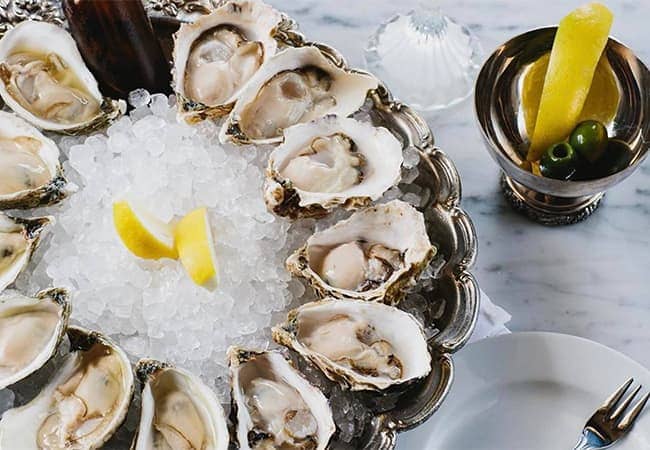 Just east of the city limits in Decatur, Kimball House has been wooing diners with its vintage-inspired decor, farm-to-table plates, and one of the best cocktail menus in the greater Atlanta area. Over the last several years, it’s also developed into one of the most acclaimed raw bars in all of the Southeast. Treat yourself to oysters served with innovative mignonettes, along with perfectly balanced cocktails like the Sazerac and Afternoon Delight. On your way to the Kimball House, make a stop along the way at the Fernbank Museum of Natural History set in a serene, old-growth forest on the edge of Atlanta. 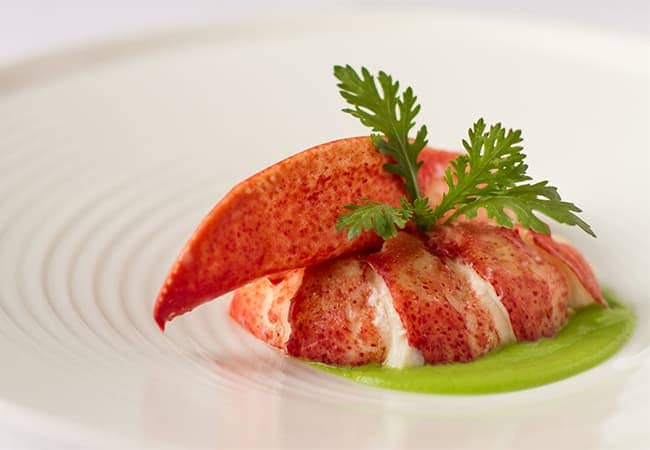 In the swanky and stylish uptown neighborhood of Buckhead, Aria delivers seasonal, New American cuisine that’s flawless without ever being fussy. Amidst a sophisticated and romantic atmosphere of white-oak tables and leather banquettes, indulge in creations such as butter-braised lobster, crispy duck confit, and decadent chocolate cheesecake. To truly make it a night out to remember, opt for the 7-course tasting menu and a show at the Art Deco Buckhead Theatre less than a mile up the road. 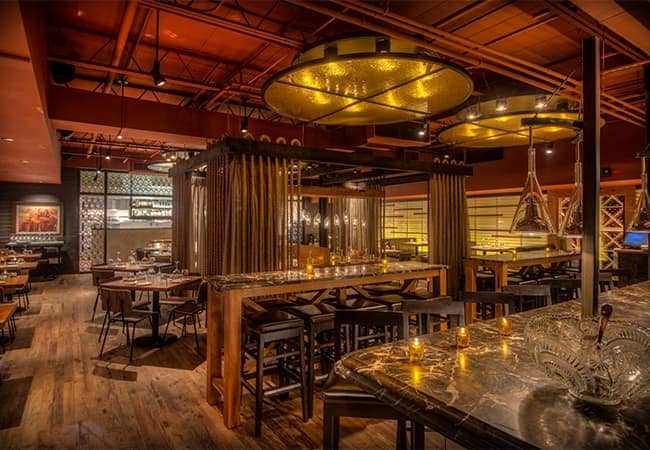 From acclaimed Atlanta chef Kevin Rathbun comes KR Steakbar, an intimate Italian steakhouse nestled in south Buckhead. Inside the inviting wood-and-fiberglass space, sink your teeth into juicy cuts of ribeye or filet mignon, as well as seafood, poultry, and pasta. Die-hard red-meat eaters won’t want to pass up the 26-ounce porterhouse prepared for 2. Before settling in for dinner, take advantage of the high-end shopping that the neighborhood is known for with visits to the upscale Lenox Square and Phipps Plaza. 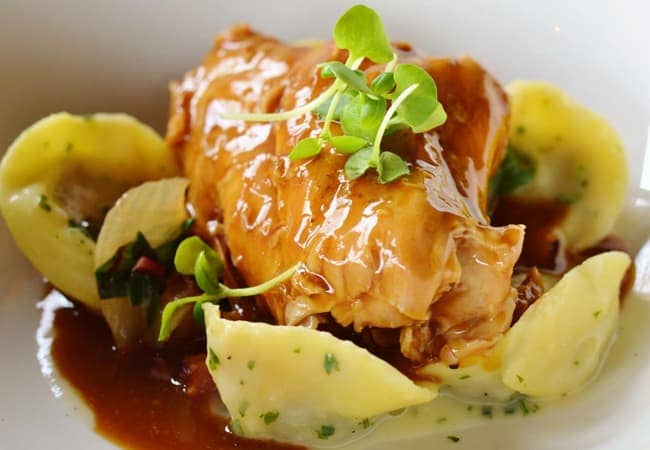 In the tiny region of Vinings just northwest of Atlanta, Canoe serves up rustic cuisine and world-class wine in an otherworldly garden overlooking the Chattahoochee River. Once named to the Fine-Dining Hall of Fame, Canoe has a menu of rich and flavorful plates like grilled Atlantic salmon and wine-braised lamb. The restaurant has also become known throughout Georgia for its brunch that features freshly baked pastries and savory classics. Tucked away, yet not far from the attractions of Atlanta, the area is also a favorite for visitors looking for peaceful lodging away from the hustle and bustle of the city. 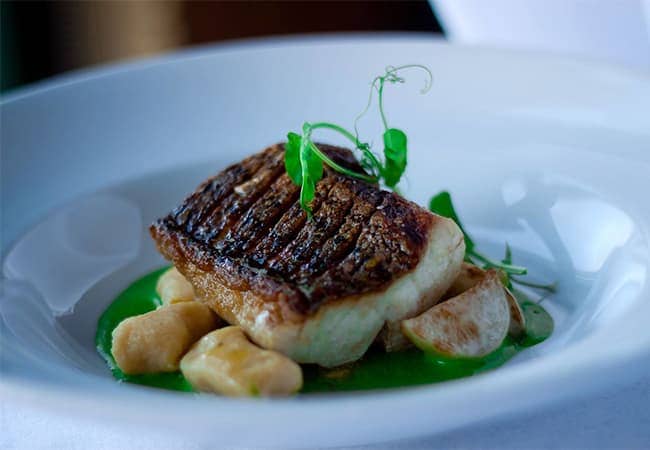 Located in Peachtree Corners roughly 30 minutes northeast of Downtown, Noble Fin is unpretentious yet one of the most satisfying seafood restaurants in the entire metro Atlanta area. The suburban eatery boasts an airy ambiance and subtle nautical touches, along with a menu of raw, grilled, and chilled finds from the ocean. Come early for happy hour beginning at 4 PM and stick around for a dinner of the best crab cakes in the region. The route to get to Noble Fin passes by the beautiful Atlanta Botanical Gardens, so make sure to stop along the way to meander among the aromatic flowers and swaying trees. If you’re more interested in zoology than botany, be sure to check out Zoo Atlanta, especially on International Sloth Day when you can get up close to these cute, yet very sleepy, creatures.