São Paulo is the largest city in South America and is Brazil’s main financial hub, with top-rate nightlife and restaurants and impressive cultural and arts scenes. An estimated 12 million people live in greater São Paulo, making it the third-largest metropolis on Earth.

São Paulo might not have Rio’s beaches and mountains, but for urban explorers, it’s for sure a rewarding destination.

Biking in São Paulo is one of the most popular activities during weekend. Prefecture closes parts of main streets, creating cycle paths where people can have fun getting to know the city main spots and still exercise. You can see a lot of families, athletes and couples cycling in town during weekends.

Thus, in this one-day ride with me through ‘Sampa City’ (as we like to call), you will get to know some of the main hot spots in the city, including business centers, museums, traditional neighborhoods, public open markets, and theaters, etc.

Ready? On your mark, get set, cycle! 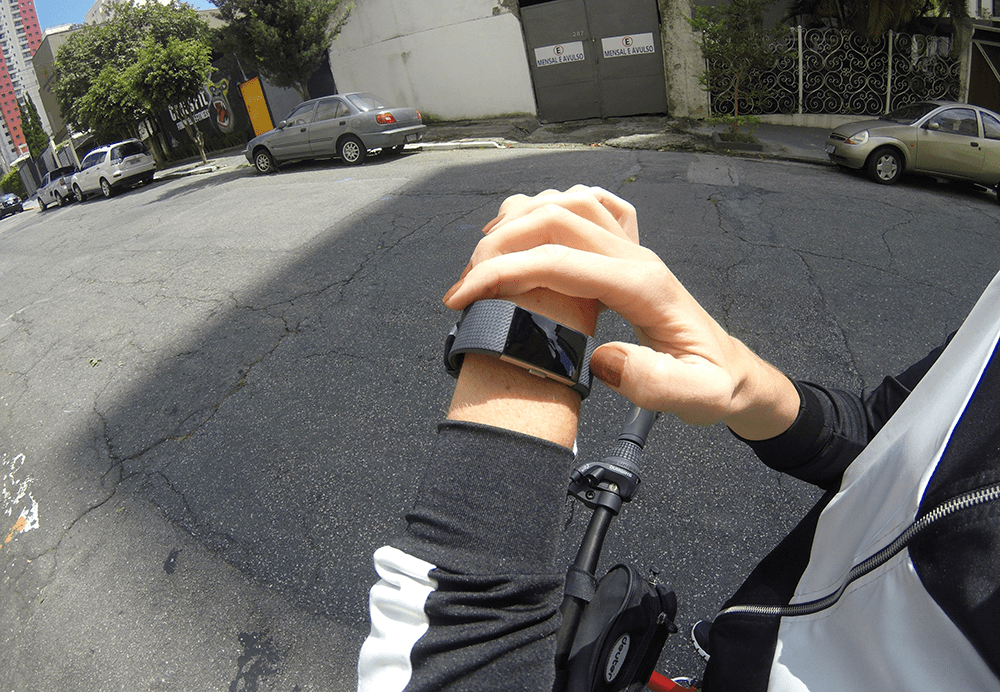 My first stop was Paulista Avenue. Paulista Avenue is one of the most important avenues in São Paulo. It stretches 2.8 kilometers (1.7 miles) and runs northwest to southeast. There you will find great spots, filled with a mix of historic and modern buildings and plenty of shopping, museums and good restaurants. On Sundays, prefecture blocks part of Paulista Avenue and people have picnic there, dance and you will also find a lot of Art Street as well.

Our stop in Paulista Avenue was in MASP, which is the city’s best art museum. It holds the finest collection of Western art in Latin America and hosts fantastic temporary exhibitions.

On Sundays, the area around MASP hosts two great outdoor markets. The space under the museum becomes a huge antiques and handicrafts markets, where you can buy a lot of souvenirs. 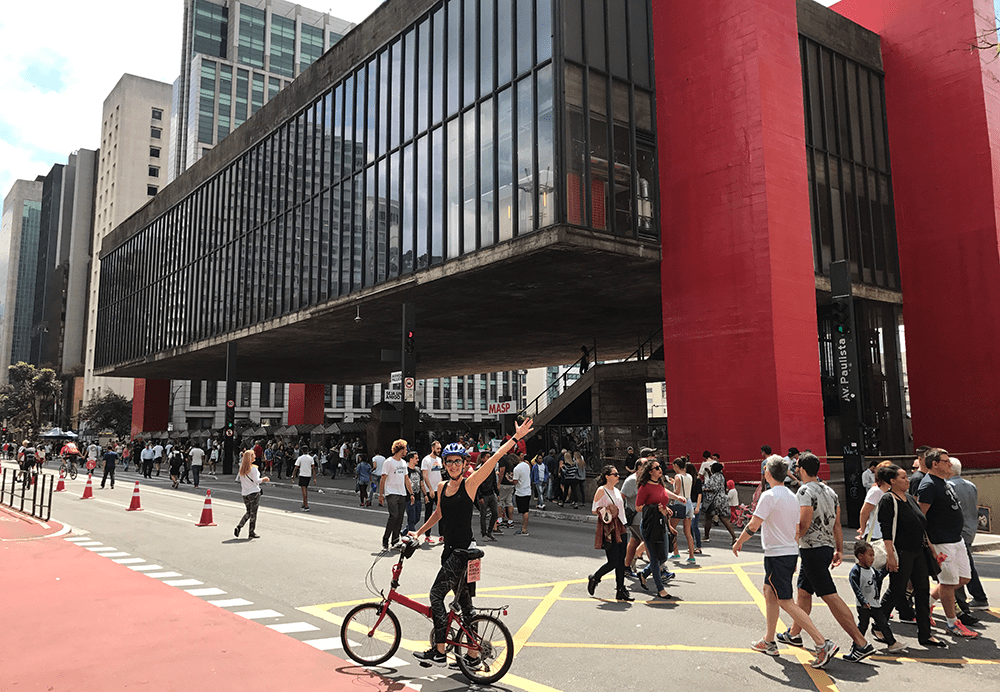 There are still a lot to see, but we need to refuel first! Our lunch stop was at the Municipal Market. Municipal Market of São Paulo is one of the most traditional gourmet points of the city. In “Mercadão,” as it is known by the visitors, you can find a wide variety of foods—from fresh vegetables and fruits to meat, seafood of all kinds, pasta, sweets, and top-of-the-line spices from different parts of the world. Not to mention its gourmet area upstairs, which offers the opportunity to try tasty dishes there, while enjoying the architectural beauty of Mercadão. Honestly, it is one of my favorite places in São Paulo! During weekends, Mercadão is full of people!

Located super close to “Mercadão” is the Luz Station. Luz Station is the common name for a railway station in the Luz neighborhood in São Paulo.  The station is a remnant from the period when the coffee was a major source of income to the city. For decades, the station tower dominated the city’s skyline and its clock was the reference to the other clocks in São Paulo.

For Harry Potter fans: you will feel like you’re at Platform 9 3/4 in King’s Cross Station. 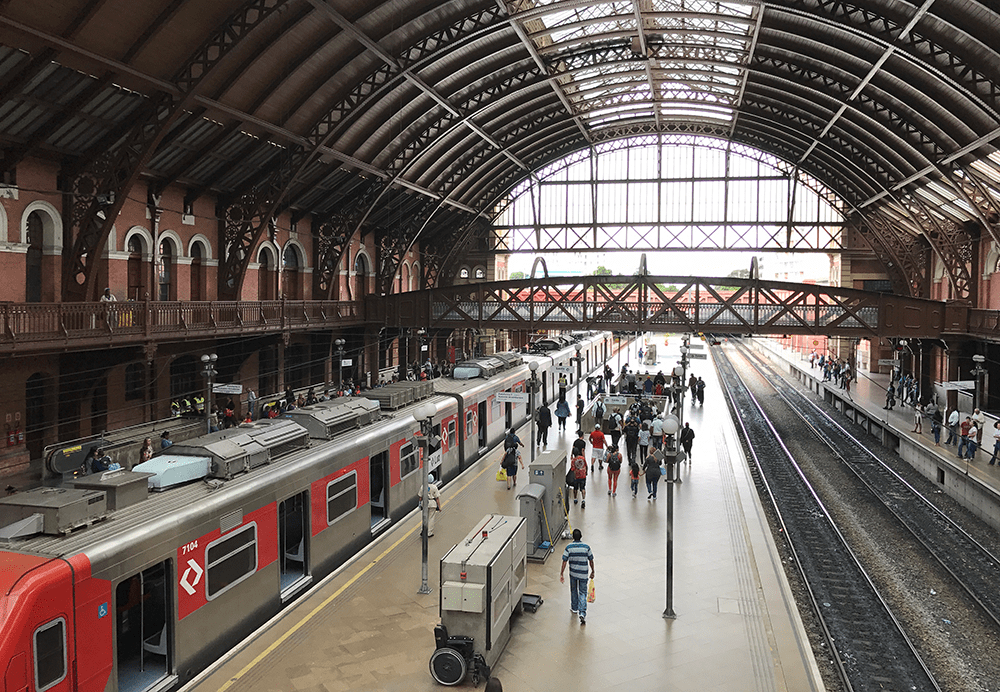 Still in downtown we cycled till one of the famous + fancy landmarks in the city: The Municipal Theater.

It is the most wonderful theater in the region, both for its architectural value as well as for its historical importance, having been the venue for the Week of Modern Art in 1922. The building now houses the São Paulo Municipal Symphonic Orchestra and the City Ballet of São Paulo. A must-see in São Paulo! 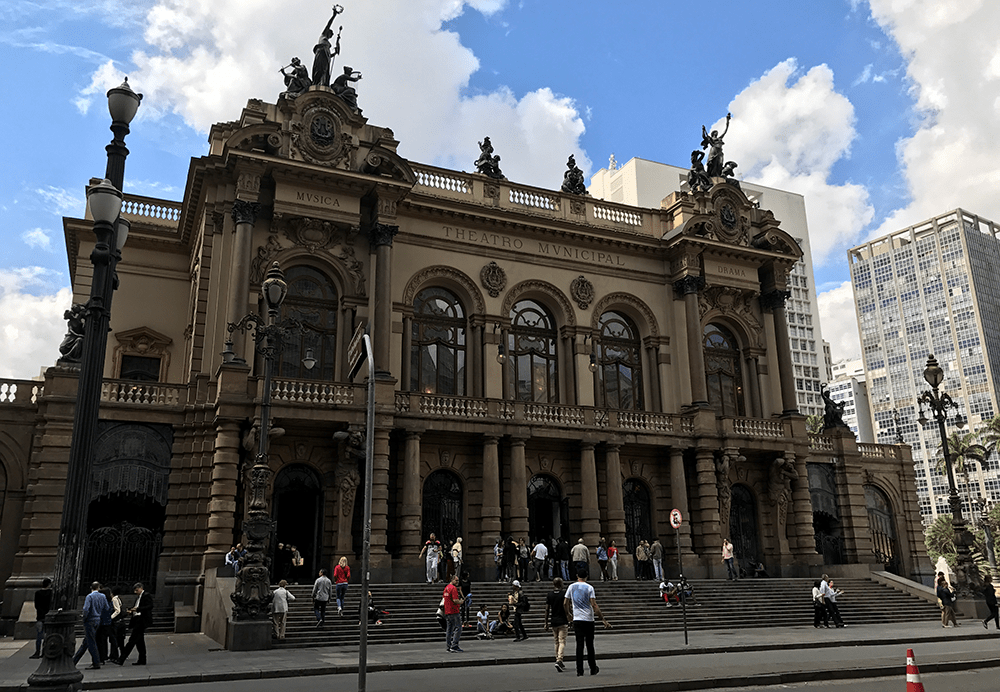 Our last stop to finish today´s cycling was in Japan, or a place quite similar to it J: Liberdade Neighborhood.

Liberdade is the largest Japanese community outside Japan in the world (like Chinatown). It is a fun place to explore and see how the influence of Japan has influenced Brazilian life here and, of course, try some great traditional food. 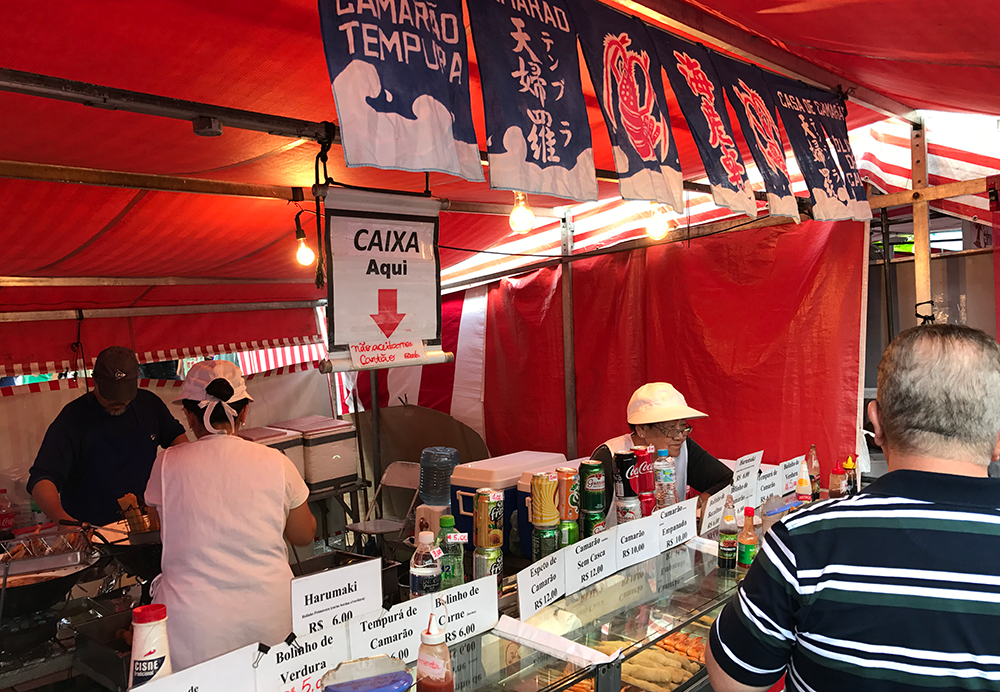 It was a great day! Liked the hot spots in São Paulo? We cycled a total of 30 kilometers and burned 762 calories.

Hope you enjoyed the ride as much as I did! 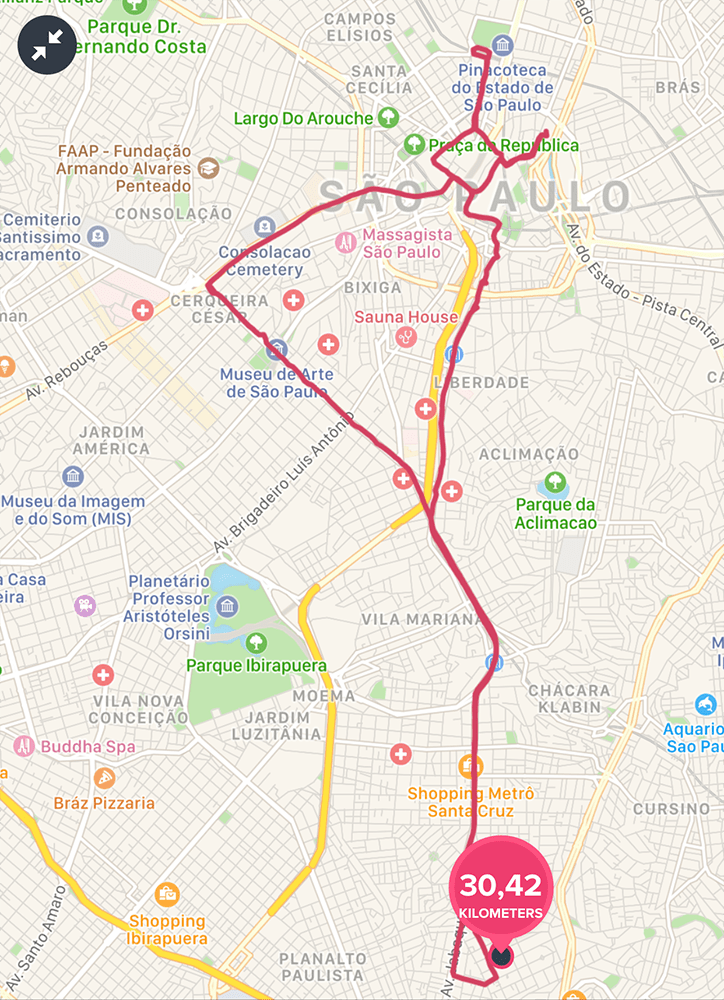 This blog was written by Erika Sicchieri, an employee of Hotels.com. Erika is a biker girl and fitness addicted. By sharing her fitness lifestyle in her social media handles, her goal is to inspire others making healthier choices and still enjoying life. You will also see Erika traveling around the world exploring different angles by getting to know the cities by bike.

Rio is famous the world over for its golden stretches of sand.

Biking and exploring around São Paulo

Best places to celebrate New Year’s Eve around the world

Discovering international celebrations to ring in the new year

US sailors powered by Expedia

Chatting with Olympians about sailing challenges, traveling with Expedia

Drinks to spice up the next party