[/video-title][video-blue-header] Stockholm is a true Nordic gem, and although it’s often overlooked in favor of other Scandinavian cities, this beauty on the water has plenty to offer. Perched on the Stockholm archipelago, where Lake Mälaren meets the Baltic Sea, this city of islands is a joy to explore. That’s why we’ve created our Stockholm Vacation Travel Guide video. Use the video and this guide to help inspire an amazing Stockholm itinerary. Our footage takes you on a virtual tour of the city and highlights all the best attractions to check out during your visit.
[/video-blue-header]
[full-width-paragraph]

Ideas of places to visit in Stockholm

Below are the Stockholm attractions as they appear in the video. These are the best spots to add to your vacation itinerary. To find out more, watch Expedia’s Stockholm Vacation Travel Guide video and be inspired by the gorgeous images. 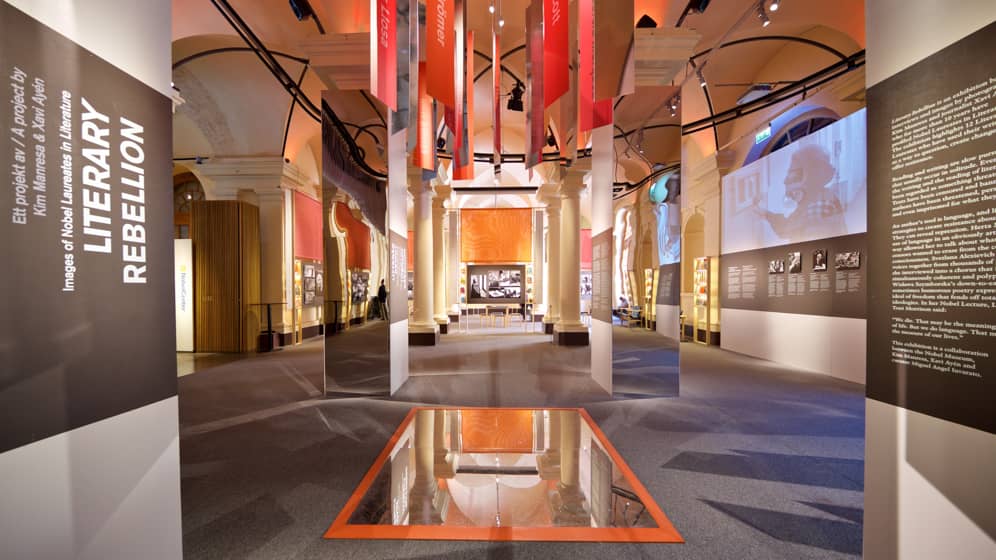 (1:28 in the video) Located in the Stockholm’s medieval old town of Gamla Stan, the Nobel Museum is dedicated to the celebration of the Nobel Prize founder, prize winners and the creativity and innovation that they have achieved. The old town is just over half an hour from Stockholm Armanda Airport, so if you’re planning a vacation to Stockholm, this area would be a fantastic place to start. 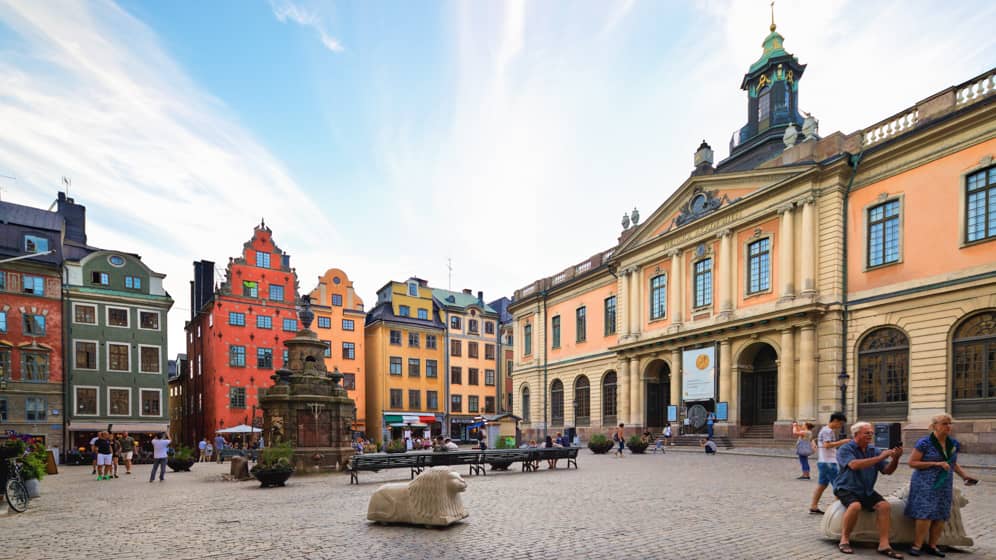 (1:41 in the video) Gamla Stan’s colorful central square, Stortorget, has been the city’s meeting place for over 800 years. Steeped in history, this is one of the most important sightseeing spots in the city. There are plenty of hotels around here, so if you’re wondering where to stay, this would be the perfect place. 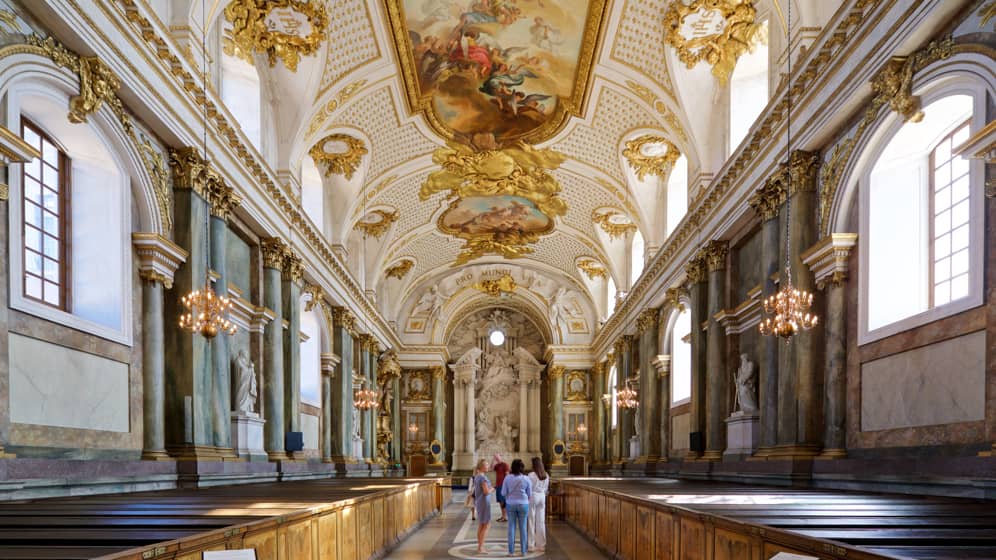 (2:00 in the video) One of the most imposing structures in Gamla Stan, Stockholm Royal Palace is a striking baroque-style palace overlooking the water. As you explore the palace’s three museums, imagine the lifestyle of the kings and queens that lived here in centuries past. Take a look at our Stockholm travel video to see stunning footage from some of its 600 rooms. 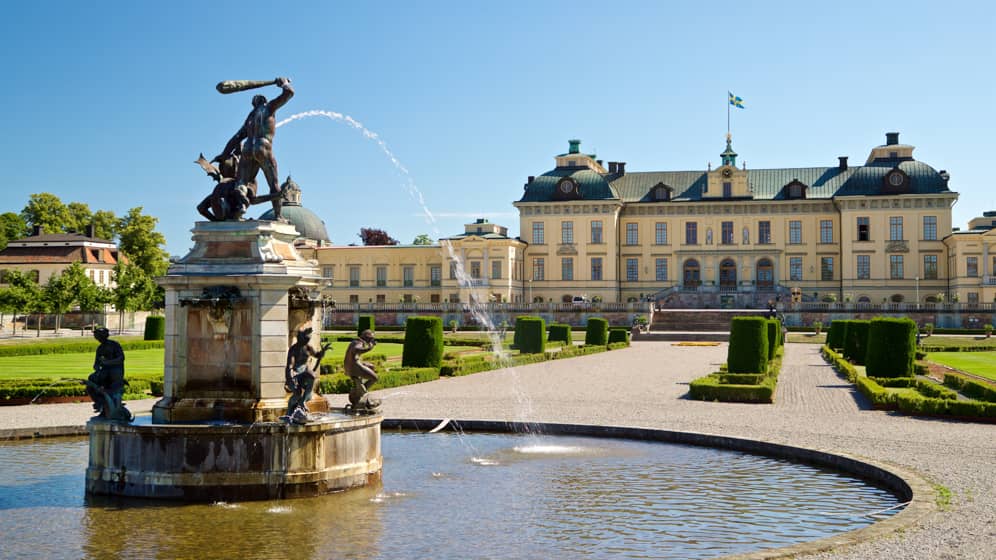 (2:18 in the video) The actual residence of the Swedish royal family, Drottningholm Palace, is an hour-long cruise from the city center. This palace was once the royal family’s summer escape, but the current royals moved there permanently in 1981. 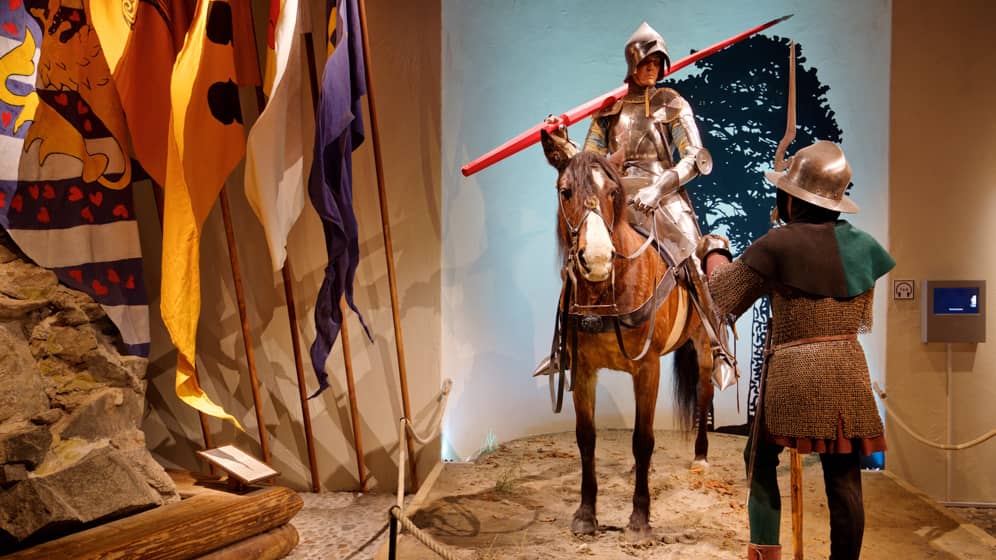 (3:35 in the video) Dive back in time to learn about the everyday lives of medieval Stockholmers at the Medieval Museum. This museum was built around the findings from the largest historical excavation in Stockholm. Explore reconstructed brick houses and workshops and imagine what life would have been like in medieval times. 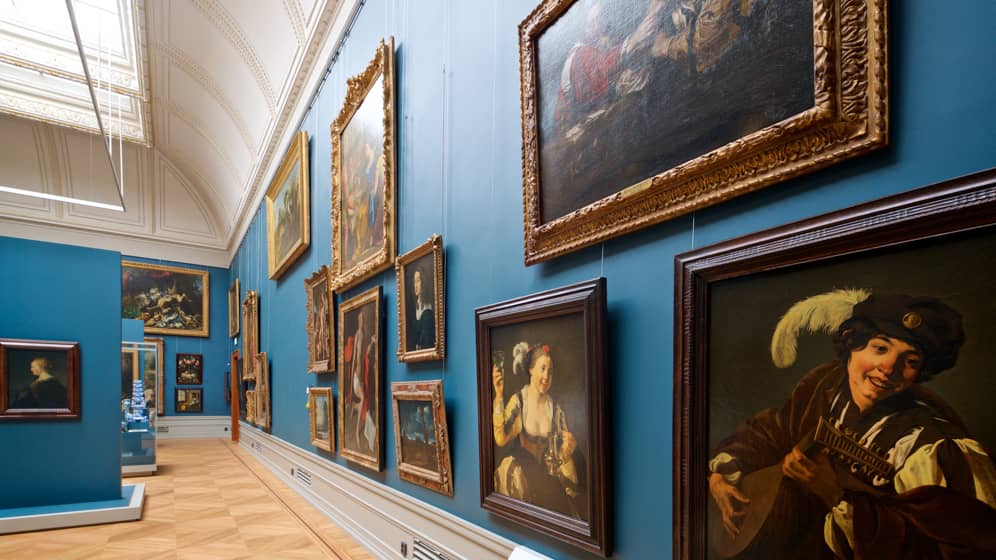 (3:56 in the video) Nationalmuseum is Sweden’s national gallery of art. It showcases many drawings from the Middle Ages to the 20th century, sculptures, paintings and even some modern art as well. As you wander through the exhibits, see how Stockholm’s art and culture has evolved throughout the years. 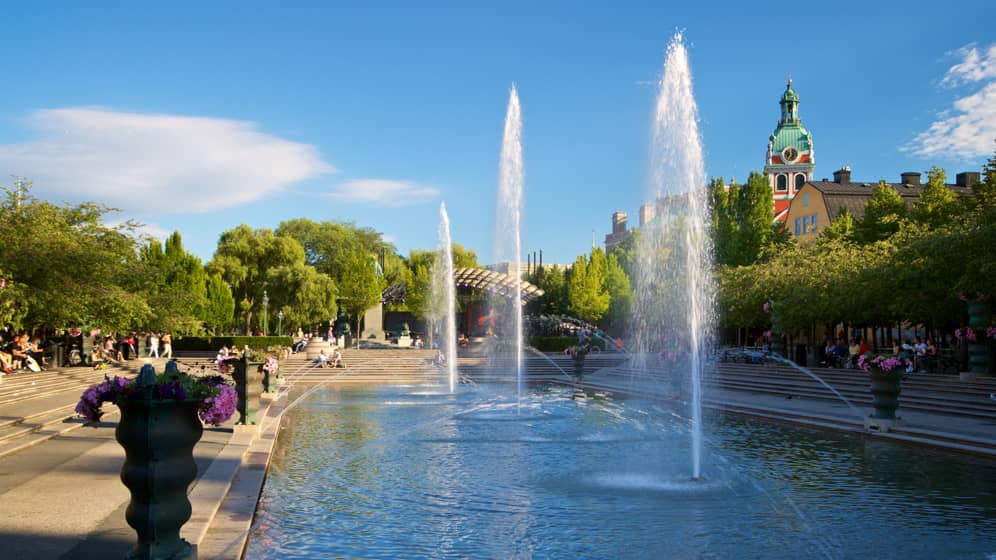 (4:12 in the video) The oldest garden in Stockholm, King’s Garden is the living room of the city. In summer this green meeting places bustles with locals and visitors. With festivals, markets and events regularly taking place here, it seems there’s always things to do in this public space. Surrounded by some of Stockholm’s best restaurants and cafes, the King’s Garden is also located in a great place to try some of the delicious local cuisine. 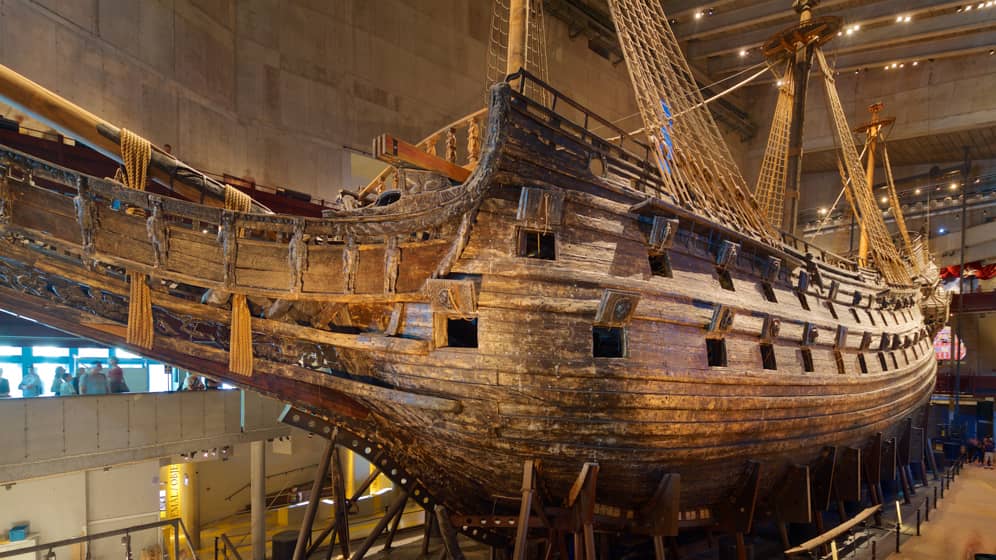 (4:39 in the video) The Vasa Museum is the final resting place of the mighty Vasa, a 17th-century warship. Unfortunately, this richly decorated vessel never saw the open ocean, as it was too heavily laden with bronze cannons. The ship capsized just minutes into its maiden voyage and lay at the bottom of Stockholm harbor for over 300 years. 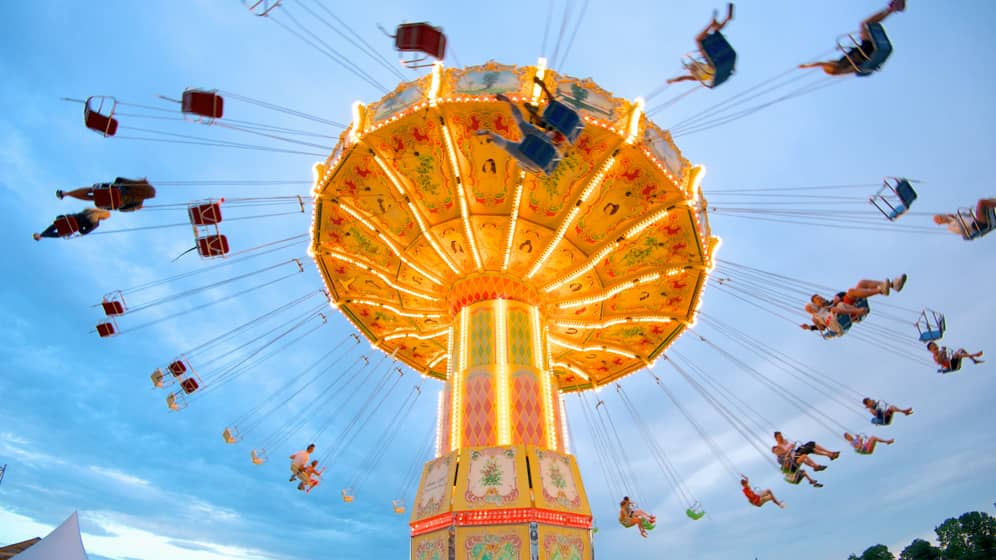 (5:12 in the video) Gröna Lund is Sweden’s oldest theme park. Located on Djurgarden and perched on the waterfront, this theme park has not been able to expand because of the limited space. However, due to this restriction, its historic charm and intimate atmosphere has been preserved. 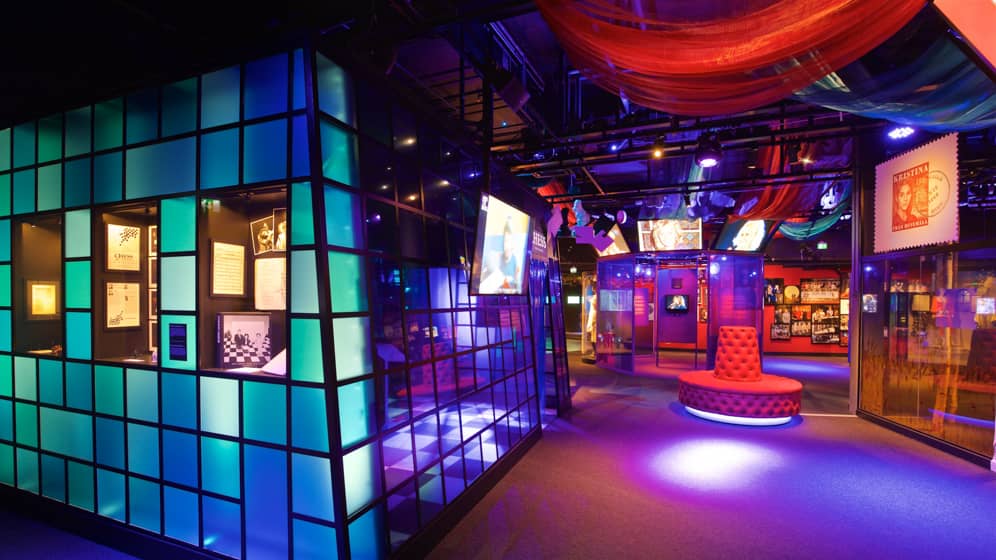 (5:29 in the video) Take a chance on ABBA: The Museum, a permanent celebration of the Swedish pop sensations ABBA and their impact on the music industry. Showcasing memorabilia, stage costumes, footage and interviews of the group, this museum also lets patrons get involved with karaoke and virtual auditions to be ABBA’s fifth member. 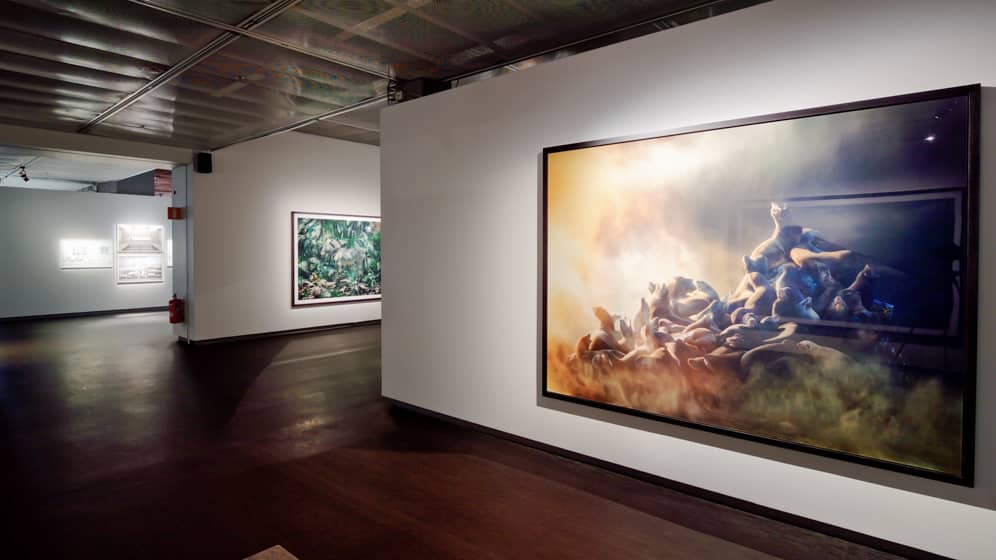 (6:15 in the video) On the funky island of Södermalm discover the city’s contemporary offerings. Fotografiska is an ever-changing photography museum that provides a stage for internationally acclaimed photographers to showcase their work. After checking out the exhibits, take a break at the restaurant on the top floor and admire sweeping views of the city. 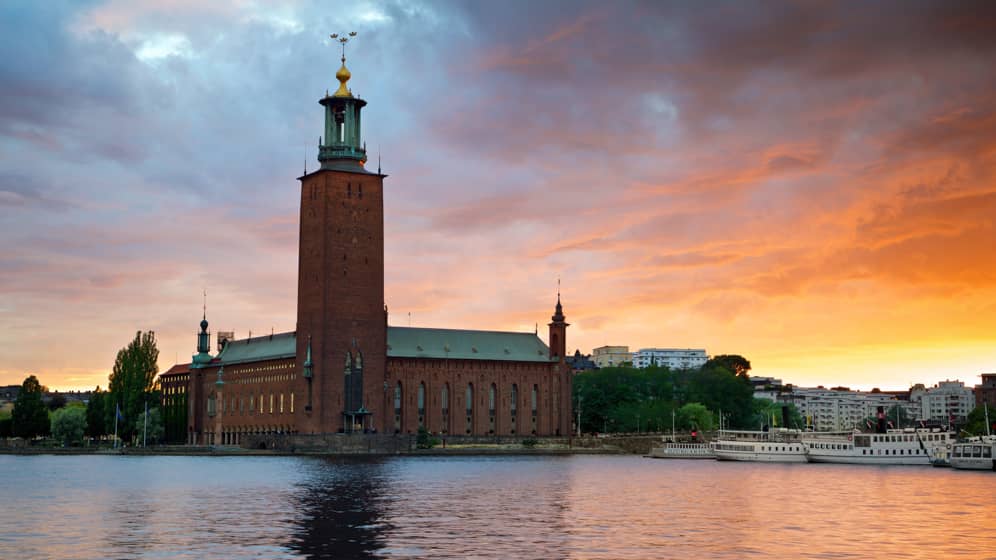 (6:33 in the video) One of Sweden’s most famous buildings, Stockholm City Hall, or Stadshuset, dominates the skyline of Kungsholmen. Take a tour through the Blue Hall, where the Nobel banquet dinner is held each year, and the Golden Hall, where a shimmering mosaic of the Queen of Lake Mälaren smiles down upon visitors.

Inspiration for traveling to Stockholm

Hungry for more Stockholm travel inspiration? Take a look at our Stockholm photo gallery, an online library of unique photos from this incredible destination. Our gallery houses thousands of images from all over the globe, so you can start planning yet another fantastic trip abroad.

Expedia also has hundreds of other travel videos from around the world. Let them take you on virtual tours of all the destinations on your bucket list, and be inspired to get out there and see more of our amazing planet. tell the story of a place, and serve as the ultimate travel inspiration for your next trip.