During this time of high stress and concerns for safety and security, many less populated travel destinations are promoting wide open spaces and access to nature and socially distanced experiences. I, for one, am their target audience. I love hiking, camping, and losing myself in the woods. I am also an advocate for getting Black and brown people outside and reclaiming the outdoors as part of our heritage.

But there is a reality to contend with, one that as a Black Latina I cannot ignore, and that is the fact that a recent FBI report showed that in the United States hate crimes that involved physical or verbal assault have risen 11.7 percent since 2019. The number of victims in anti-Latino or Hispanic hate crimes rose over 21 percent in 2018. The report also showed that 59.6 percent of incidents were motivated by bias against race, ethnicity or ancestry.

Top this with the fact that most of those areas with wide open spaces, which promise a reprieve and escapism, are in rural communities, many of which proudly fly symbols that represent oppression, hate, and violence towards our communities of color.

It would be understandable if Black and brown travelers just stayed home, but it is not at all what anyone would recommend. Finding rural and nature-rich places that are welcoming of Latinx people and other people of color can be daunting, but this list of welcoming and friendly places is a great start to help get you outdoors and traveling. 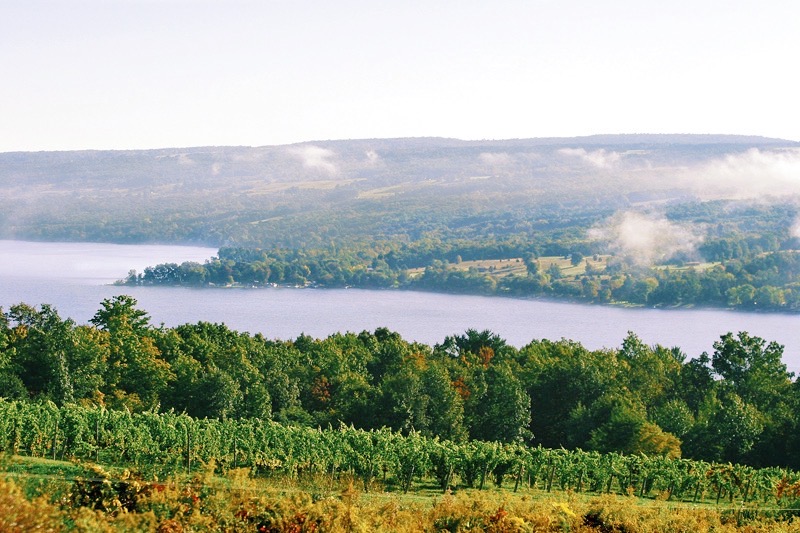 Few people know of the Finger Lakes strong historic connection with the underground railroad, the 500-mile network of secret passages where hundreds of thousands of slaves traveled to freedom before and during the Civil War. Harriet Tubman, who made 19 trips into the South and escorted over 300 slaves to freedom had a home, which is now a museum, in the Finger Lakes. John W. Jones, who escaped from slavery near Leesburg, Virginia, helped more than 800 people to freedom through Elmira, New York, where he lived a life of freedom and prosperity. Elmira was the epicenter for much of the abolitionists’ work due to its access of railroads, which transported many slaves into Canada. The Chemung Canal also contributed to faster and easier travel. Today, Elmira is home to a large and influential Black community. Geneva, New York, is home to a large Latinx community and hosts an annual Latino Festival around Latinx Heritage Month. Visit El Morro for an authentic Puerto Rican meal. As much as people talk about the lack of diversity in the area, the truth is these communities very much exist here and have a long history here.

Aside from being home to 11 lakes to enjoy, it is also home to an award-winning wine region with over 120 wineries, distilleries, and breweries, and is the largest producer of wine in New York State. Finger Lakes is also a haven for outdoor lovers. The Finger Lakes National Forest with over 30 miles of trails is here. As is Watkins Glen State Park, which takes you along a two mile path past 19 waterfalls. If you need a break for wine and beautifully prepared seasonal dishes, visit Chef Orlando Rodriguez’s Graft Wine + Cider Bar right in downtown Watkins Glen.

Travel further north and you’ll find Letchworth State Park (aka Grand Canyon of The East), home to over 66 miles of trails. And you can’t miss visiting Ithaca, home to over 150 waterfalls, many nestled along trails and natureways ready for exploration.

If you love exploring nature, taking on some challenging hikes or more leisurely walks, then rewarding yourself with farm fresh food and award winning wines while surrounded by welcoming and friendly hosts, this is the place to be. 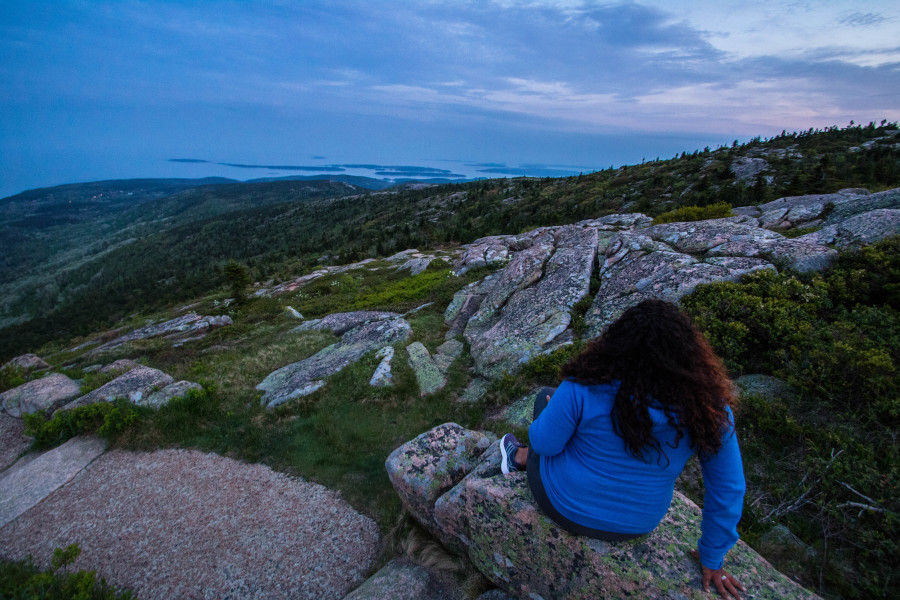 Maine ranks as one of the whitest states in the U.S. Outside of Portland, which is more diverse than most of other cities in the state, this beautiful skin tone of my stands out quite a bit and to many that is one of the most nerve-wracking things about visiting states so lacking in diversity. However, the state has slowly but surely been increasingly recognized as culturally and racially welcoming. And Maine is beautiful and friendly. The food—specifically the seafood—is worth all the accolades it often receives. My family and I have spent most of our visits to Maine in Acadia National Park, where we have hiked for hours at a time without a care in the world. Venturing into the nearby Bar Harbor is an added treat, not only for all the lobster rolls you can eat, but because of how friendly the service has always been. 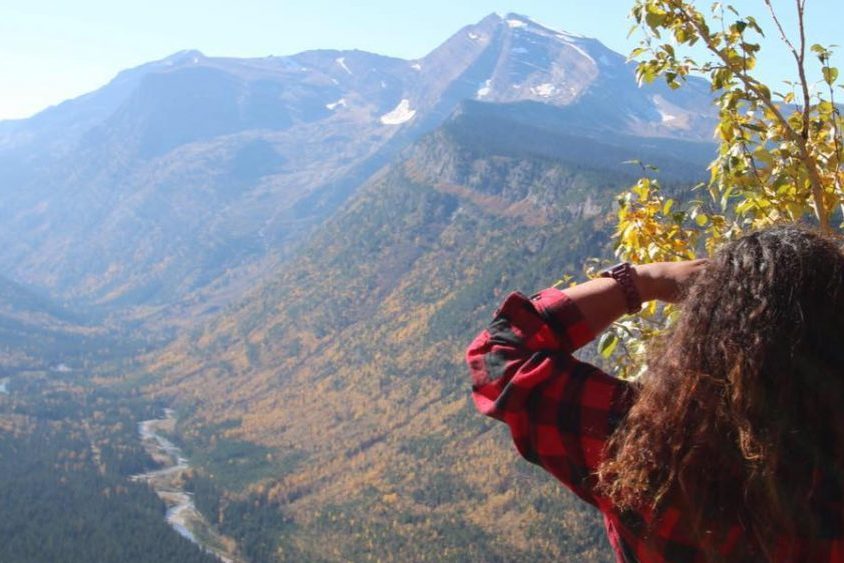 Montana is one of the most stunning states I have visited in this country and have returned to often because of the positive experiences I have had there. I have been mostly moved by my exposure and education gifted to me by members of the Indian Nation.

Many beautiful hours have been enjoyed hiking in both Yellowstone and Glacier National Parks. The cities where I have felt most welcomed are Missoula, Helena, Bozeman, and Livingston—to name a few. Though there may not always seem to be a lot of diversity around, the truth is the state is rich in Native American culture and pride and has a growing Latinx population as well. On my most recent visit, my Montana bestie—and fellow Latina—introduced me to Serrano’s in East Glacier which is, to date, some of the best Mexican food I have ever had outside of Mexico. 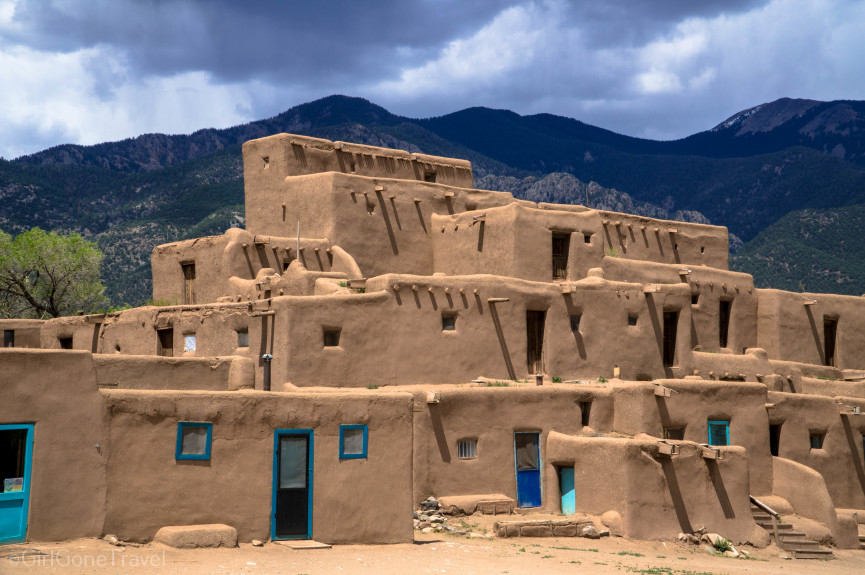 There is something about the light in New Mexico. It feels like you are perpetually walking through a painting. The blue of the sky is the bluest, and the colors seem to be a tad more prominent than anywhere else in the world. It is no wonder artists from around the world and throughout the centuries have left it all behind to make this place home. But New Mexico is something more—despite the violent and brutal history of the Wild West, it feels to the visitor, anyway, like New Mexico has made great strides to uplift not only its very prominent and important Indigenous culture, but also its Hispanic heritage as well. A 2020 population survey found that the Hispanic and Latino population is 48 percent, and the Native American population is also very high, second only to Alaska. This is experienced in the arts, the food, the people, the languages, the architecture, and the history. The state is sparsely populated offering tons of opportunities to get lost in nature with everything from riding the rapids of the Rio Grande to exploring the deserts of the Bisti Badlands near Nageezi. 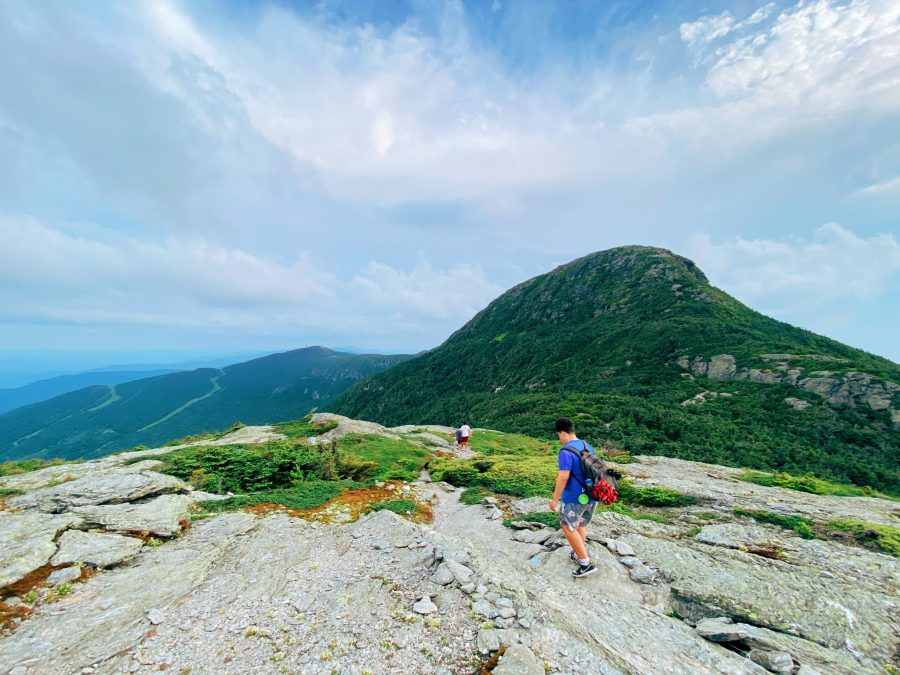 Vermont beats Maine in its ranking as one of the whitest states in the nation. However, to see my Instagram feed this summer, you wouldn’t think so. It was full of beautiful pictures of my Black and brown girlfriends and their family all over the state. Whether it was in Burlington, Stowe, Montpelier, they were camping, swimming, hiking, and enjoying the beauty of this lush state and all the outdoor fun it has to offer. My family and I had our own adventure in Vermont, even “accidentally” climbing its highest peak, Mount Mansfield! Throughout our stay, the people we met, from fellow hikers to our AirBnB neighbor, were welcoming and waved as we passed (though I am sure they were smiling behind their masks too). Vermont is an outdoor lover’s paradise, and for this AfroLatina, a place where I could exhale.

What repeated visits to many states that we often label “so white” has taught me is that by doing so we simultaneously erase the history, influence, and presence of the Latinx, Black, and Indigenous communities that live there. We dismiss these destinations for lacking diversity and then miss out on learning and experiencing a connection to its heritage beyond what our eyes can see on the surface. As travelers we have to dig a little deeper because guidebooks and tour guides and even travel media won’t take those extra steps to do so for you, thus convincing the world these communities, our communities, don’t exist in these places.

It is fair to say of course that every destination, rural or not, has its bad apples. But, the places listed here are the ones where over the years and throughout many visits, I can recommend to my Black and Latinx friends. The ones that when they ask me, “Are you sure?” I can confidently say, “Yes, go and live your best life while there.”

We all have the power of our purses and we all deserve to experience and enjoy beautiful places, most importantly places that make us feel relaxed, welcomed, and safe. I hope over time, more destinations, their governments, and their communities will do the work to land on the lists we make for ourselves when choosing where to travel to next.

Finding rural and nature-rich places that are welcoming of Latinx people and other people of color can be daunting.

Explore and admire the rich beauty of Acadia National Park in all its soaring, winding and rugged glory.