I first visited Montana in 2012 as a part of the Best of the Road Rally, a cross-country adventure that began in Washington, D.C., and ended in Seattle, Washington. Sandi and I were surprised by the breadth of Montana’s natural beauty—snow capped mountains, inviting rivers and streams, and more stars in a single night than we had seen in our collective lives. It was the most spectacular scenery we encountered on our entire cross-country journey. Unfortunately, the nature of road rallies requires you to keep moving along and we didn’t have the luxury of spending any significant time there. We both agreed that one day we would return so that we could experience Montana on a deeper level.

When we finally had the opportunity for a second visit, Montana surprised us once again. We discovered that Montana is about more than mesmerizing scenery and a big sky. We unexpectedly found a cool, hip, funky, urban scene in the small city of Missoula. Here’s a recap of urban adventures in photos. 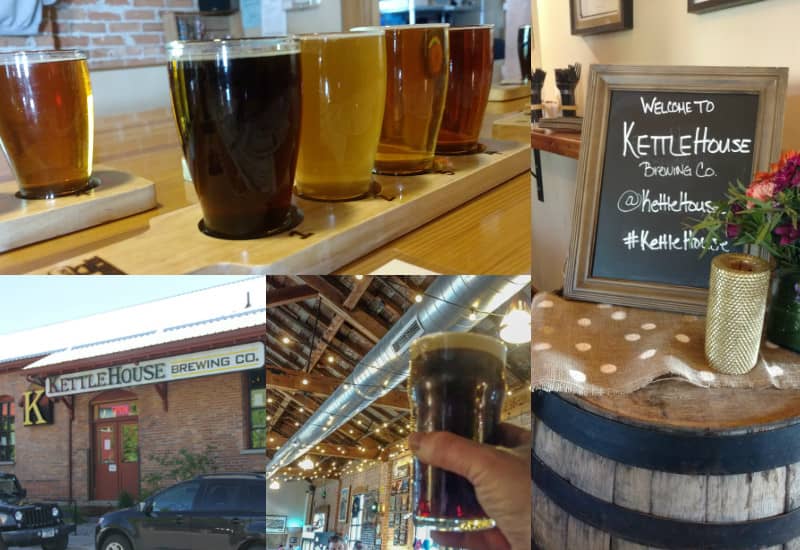 One of our favorite ways to experience a new destination is to sample local brews. The Kettlehouse Brewing Company creates world class beers to pair with Montana’s world-class outdoors. We thoroughly enjoyed a flight of the brewery’s mainstay beers that included their Cold Smoke Scotch Ale, Double Haul IPA, Eddy Our Pale Ale, and Fresh Bongwater Hemp Ale. It was a perfect way to kick off our time in Missoula. 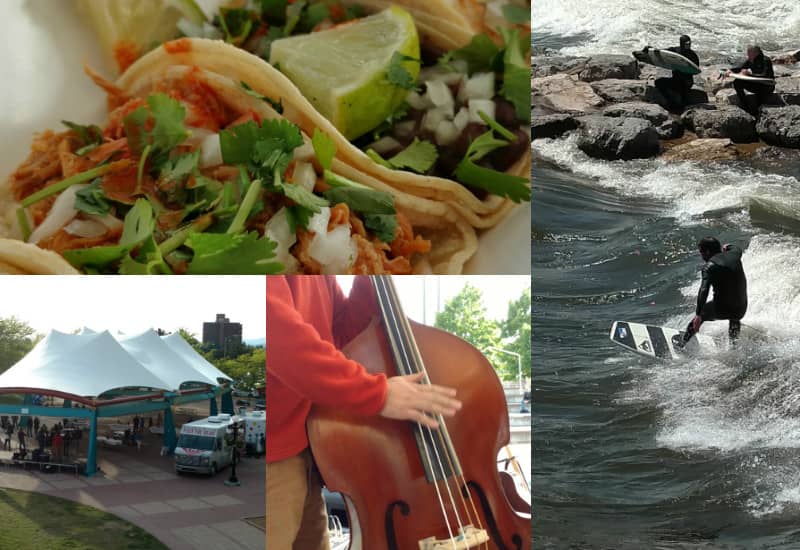 One of the first things you notice driving into Missoula from the airport is the giant letter “M” on the side of Mount Sentinel. The M was originally created out of stones in 1908 by proud University of Montana students. Over the years, the M evolved into the large concrete structure that you see today. I chose to get my morning workout by hiking the M Trail which has 11 switchbacks and ascends 620 feet. The hike made my middle-aged muscles ache just a bit, but I was rewarded with spectacular views of the University’s campus, the Clark Fork River, the city of Missoula, and snowcapped mountains in the distance. 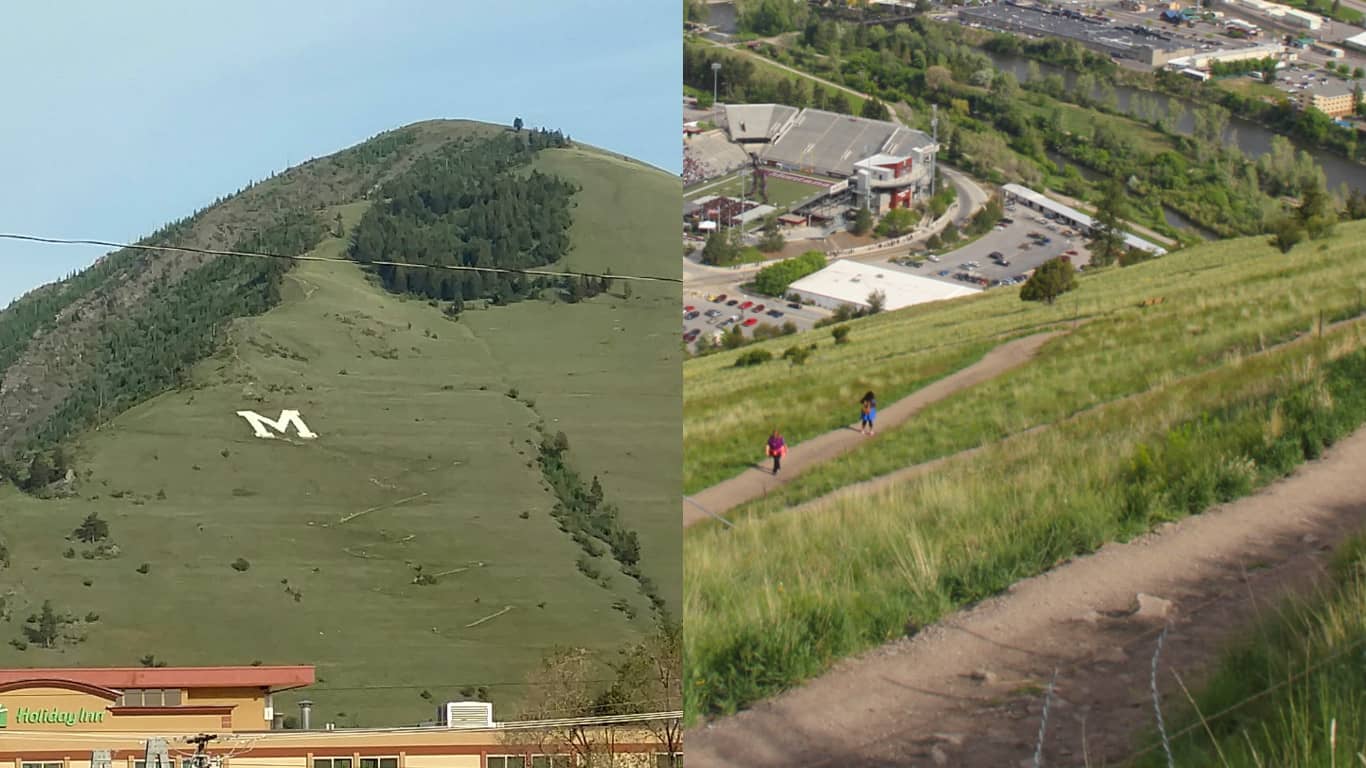 While I was hiking the M Trail, Sandi headed out to take a OULA class. OULA is a popular dance/yoga workout created by Kali Linder in MissOULA. Unfortunately, all photos of Sandi participating in the class where lost when her iPhone decided to go for a swim while she was fly fishing later in the week… or so she says. 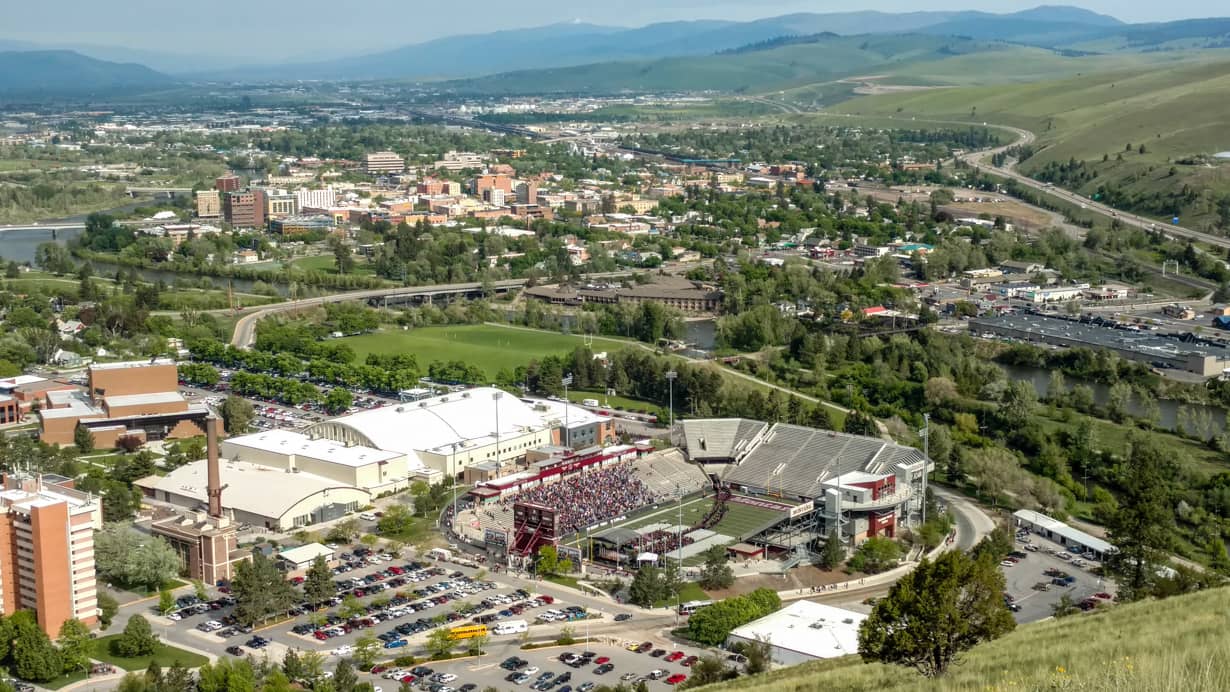 By the time we walked back to Caras Park to grab some lunch, the public parking lot across from the Holiday Inn had transformed into the Clark Fork Market. The open air market is sort of a farmers market/flea market/bake sale. It is open every Saturday, May through October. There was plenty of fresh produce, fresh cut flowers, organic dairy products, plants and seeds, baked goods, and natural hygiene products for sale. Though we were tempted to grab a bite from one of the many food venders, we opted for a burgers and salads at Scotty’s Table, a chic organic farm to table restaurant adjacent to the park. 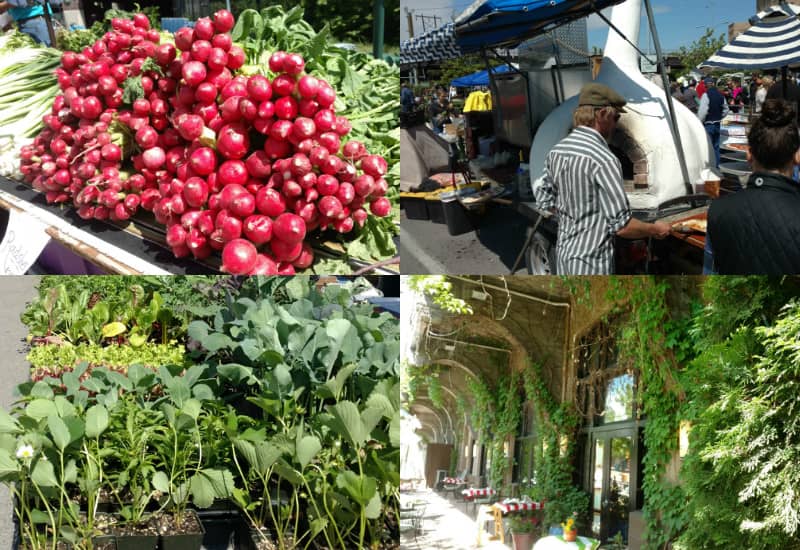 After lunch, we visited the Smokejumper Visitor Center where we learned about the treacherous work these highly trained professionals do to suppress fires in remote mountainous terrain and wilderness areas. We gained new respect and admiration for smokejumpers as we got to try our hand as suiting up in nearly 100 pounds of gear and equipment. Of course after all that work, we had to take selfie by one of the smokejumper’s aircraft. 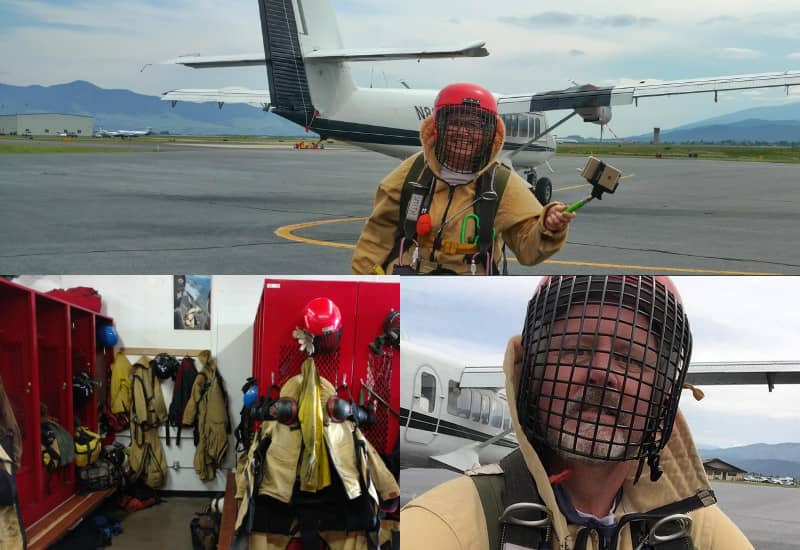 As we so typically do, we ended our day with a progressive foodie adventure. First we stopped by a Big Dipper Ice Cream truck and enjoyed a couple of scoops of “Purple Mountain Majesty,” a concoction of vanilla ice cream, huckleberry, and chocolate chips, created to commemorate the 100th anniversary of the National Park Service. Next we celebrated happy hour with incredible charcuterie and adult beverages at the Montgomery Distillery, a traditional small batch distillery on West Front Street in Missoula. We ended the evening with a multi-course meal at Plonk, an upscale gourmet restaurant offering a variety of creative dishes and some of the best food and wine pairings we’ve ever encountered. It was especially fun dining in the wine cellar. We’re seriously considering adding Missoula to our list of fabulous foodie destinations in the U.S., but first we’ll have to come back and do some more research! 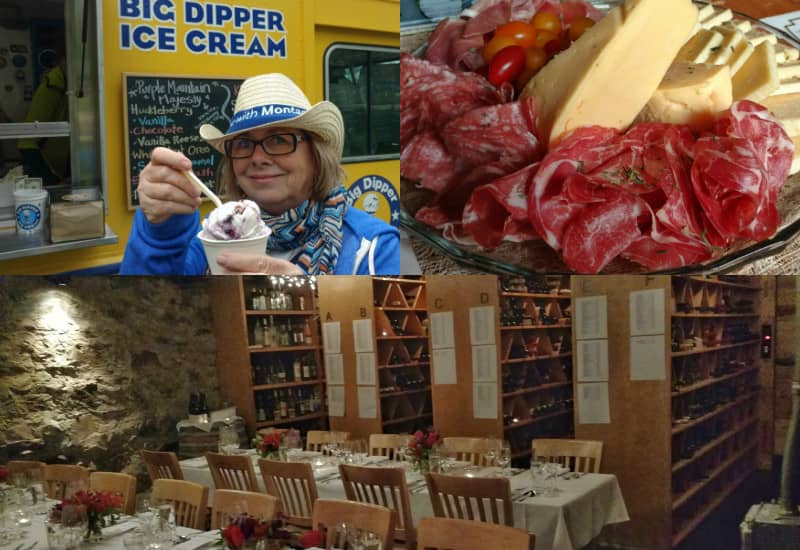 For a relatively small city, Missoula packs a lot of punch when it comes to urban life.  The combination of breweries, distilleries, live music, history, museums, and thriving food scene with opportunities for hiking, kayaking, and surfing make Missoula’s urban life unlike any other we’ve ever experienced. 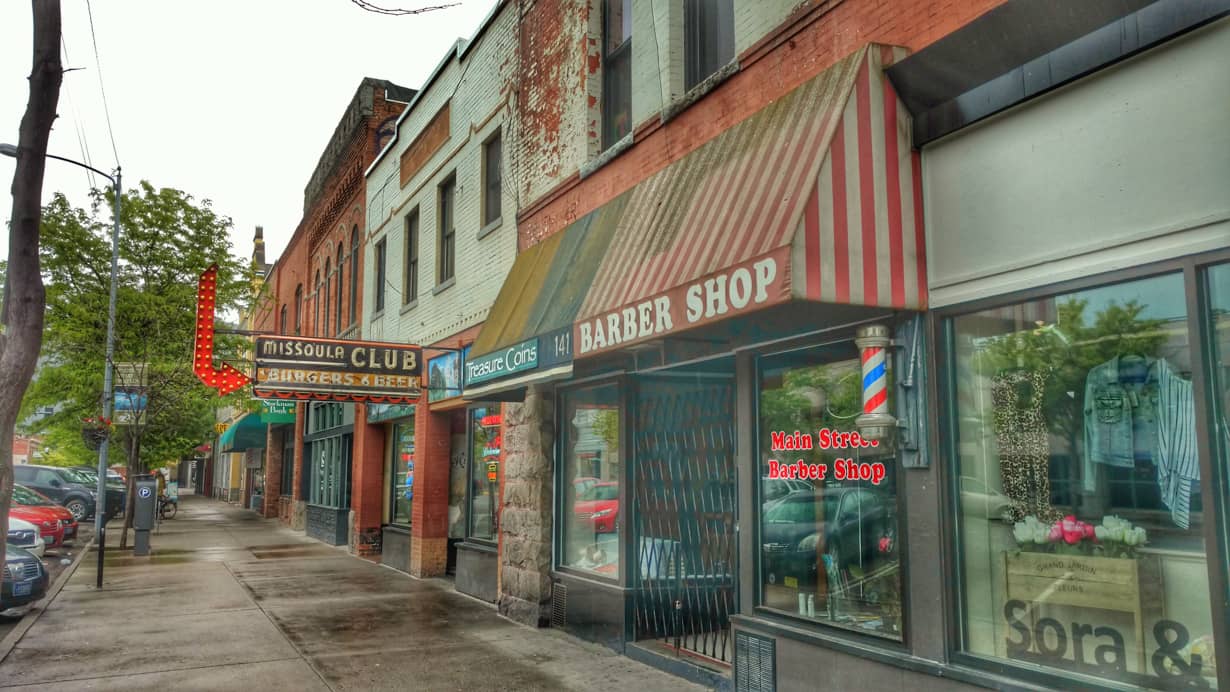 What do you look for in urban adventures?