The waterfront is one of the most exciting parts of every coastal city. It’s where urbanity gives way to nature, where humans and animals alike share space, where the finite metropolis becomes infinite.

It also happens to be where my family frequents for a good time.

The waterfront in San Francisco is no exception. The city has more than 15 miles of coastline, and three of those miles are eminently walkable for tourists visiting downtown. The road that connects this swath is the Embarcadero.

From AT&T Park (home of the San Francisco Giants) in the east to Fisherman’s Wharf in the west, this street has all sorts of diversions and attractions. Among them: museums, restaurants, parks, even wildlife. There also are some great hotels. In short, the Embarcadero is a great place to spend a day. Here’s a rundown on a few of my favorite spots (and a few spots that are faves of my family). 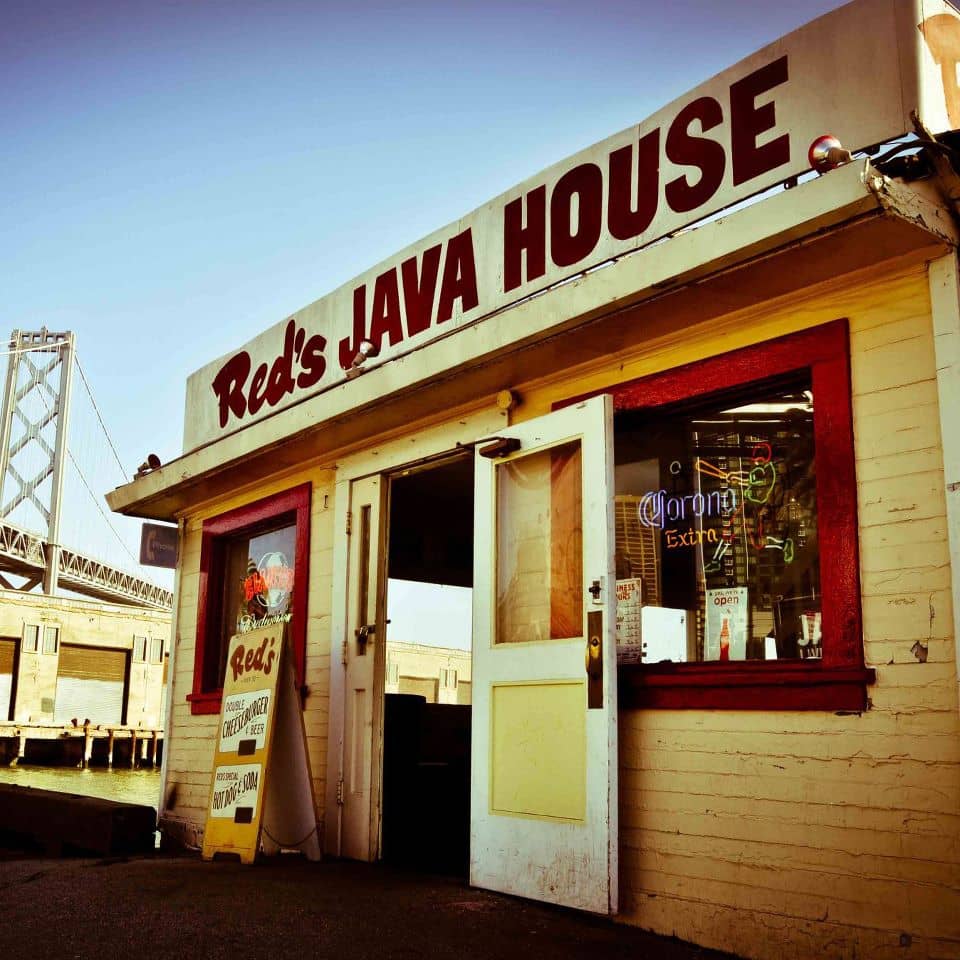 This dive bar sits at the foot of Pier 30, offering commanding views of the Bay Bridge and San Francisco Bay. Over the last 20 years, it has become an institution for drinking before and after Giants games—it has separate hours for when the Giants are home. But the place dates back way farther than that.

To the 1930s, in fact. In the olden days the place was mostly a restaurant, serving to local longshoremen and sailors. Today Red’s still serves breakfast and lunch, but the real attraction is the beer.

I love Red’s for how derelict it looks. If you didn’t know the place was a working bar, you might walk right by it, thinking it was some sort of tool shed. The place is the ultimate proof that you never can judge a book by its cover. And if you hit it up before a big Giants game, when the place is shoulder-to-shoulder with fans, there’s no place more electric in town.

With artisan food purveyors and a weekly farmers’ market, the Ferry Building Marketplace has become synonymous with the San Francisco food movement in recent years. This means that if you’re doing it right, a visit to the 100-year-old edifice is a treat for your stomach as well as your mind.

Can’t miss stops include the Embarcadero outpost of Blue Bottle Coffee, SF’s cult favorite; Gott’s Roadside, the big city’s location of a drive-in that made the Napa Valley famous; The Slanted Door, one of the most highly regarded pan-Asian restaurants in the city; and Book Passage, a satellite shop of one of the most popular independent bookstores in the entire region.

Viewfinder Tip: Hit the Ferry Building’s Blue Bottle early if you’ve got your heart set on coffee; often the line can take upward of an hour.

Oh, and in case you really like boats, look out for actual ferries, as well; they’ve docked on the piers behind the building for the better part of the last century. This is the part my kids like best.

Did somebody say kids? The Exploratorium, San Francisco’s science museum, is one of the coolest, quirkiest and downright largest such museums in the entire country. We’ve visited five times since the museum moved into its digs in Pier 15 (from its former home out near the Palace of Fine Arts), and I’m still not sure we’ve seen everything.

Technically the institution bills itself as a museum for science, art, and human perception. Whatever you want to call it, the interactive exhibits teach about science in fun and counterintuitive ways.

One of my favorite exhibits: the Tactile Dome, a dome that is pitch black and requires you to use your other senses to navigate. The first time we visited this exhibit, I freaked out before my kids (ages 7, 5, and 1). The second time, I couldn’t stay in there long enough. Turns out deprivation suits me well. 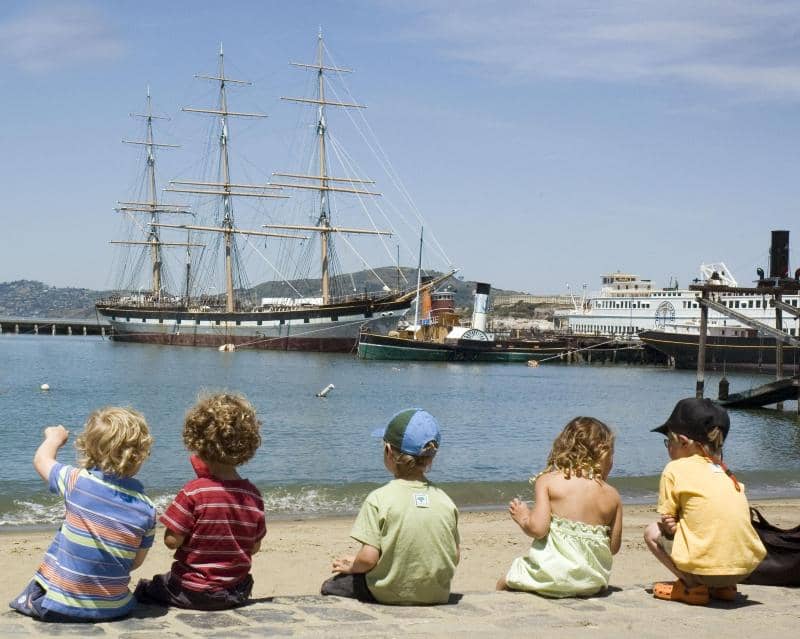 No trip around the Embarcadero would be complete without a stop at Fisherman’s Wharf. Historically, this part of San Francisco was the working port—the place where fishing boats would come in after weeks at sea and unload their catches. Today, though there’s still a working marina, it’s more of a destination for visitors, with a variety of attractions and restaurants and parks.

Most of the attractions themselves sit on Pier 39, which basically is a theme park on pontoons. My kids love the double-decker carousel—instead of horses all of the animals are sea creatures. Another favorite at Pier 39: the Aquarium of the Bay, which has fish and small mammals.

Other attractions in and around Pier 39 include a Madame Tussauds San Francisco, and an outpost of GoCar Tours.

We also like wandering down to the end of Pier 39 and peeking at the docks where sea lions like to haul out to soak up sun and wait for fishing boats to return with their fish. The best part about this experience: It’s totally free. The worst part: Depending on the tides and how long the creatures have been laying around, the whole scene can really smell.

Finally, I’d be remiss if I didn’t mention the San Francisco Maritime National Historical Park. Technically this isn’t on the Embarcadero—it’s a bit farther west, on the Hyde Street Pier in Aquatic Park—but between restored schooners (such as the square-rigged, circa-1886 Balclutha) and an informative museum about Pacific Coast maritime history, it’s totally worth a gander. Our favorite time to visit is in March, when costumed performers read historic tales about the ships as part of World Storytelling Day. To be frank, however, the old ships are pretty awesome any time of year. Especially when you consider how important San Francisco’s waterfront has been over time.

What are some of your favorite waterfront walks?