10 places to embrace your inner tourist

The road less traveled is all well and good, but some of the world’s most popular destinations are cliché for a reason and genuinely worth experiencing for yourself. From winetasting in Bordeaux to riding the dunes outside of Dubai, these 10 iconic spots from all over the world are perfect for embracing your inner tourist and discovering the real adventure behind the hype. 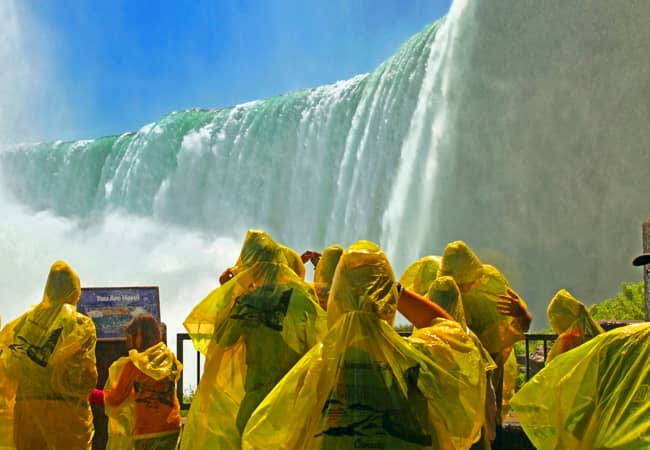 Niagara Falls, that staple of summer road trips, is an item on the bucket lists of nature lovers for good reason—the falls boast the highest flow rate of any waterfall in the world. Explore the American side of the falls on a guided tour with Gray Line, daring to imagine the exploits of the barrel-riding, tightrope-walking thrill-seekers that came before you. No self-respecting tourist would miss the chance to don a rain parka and hike into the natural cave behind Bridal Veil Falls, or step onto the Hurricane Deck to face off against the wall of mist. The real highlight comes at the end—a boat ride on the famous Maid of the Mist, charging into the curve of Horseshoe Falls to experience the intense spray from every direction. Afterward, relax with a beer and a burger at Third Street Retreat, an American-style pub serving food all day. 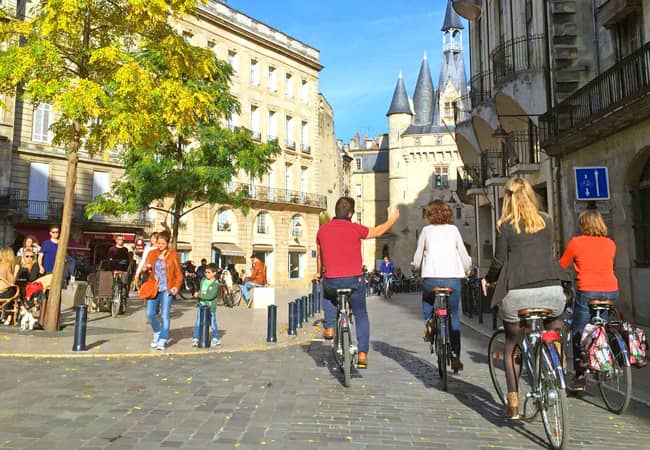 With its maritime climate, limestone-rich soil, and long tradition of winemaking, Bordeaux is an unparalleled destination for winetasting—and there’s no better place to indulge in the ultimate French fantasy. Take a winetasting bike tour with the savvy sommeliers of Bordovino for a behind-the-scenes look at the family-run estates in the renowned Saint-Émilion region. Travel to two chateaus by bike, sipping world-class wines and learning about the vine-to-bottle process along the way. Back in the city, clean up for an upscale meal at locavores’ dream Belle Campagne, where every ingredient is sourced from within a 155-mile (250-km) radius. For lighter fare, head to the lovely La Cagette and select from specialties like farm-fresh chèvre, savory beef carpaccio, and risotto with haricots verts. To really go for it, might we suggest wearing a striped shirt and a beret? 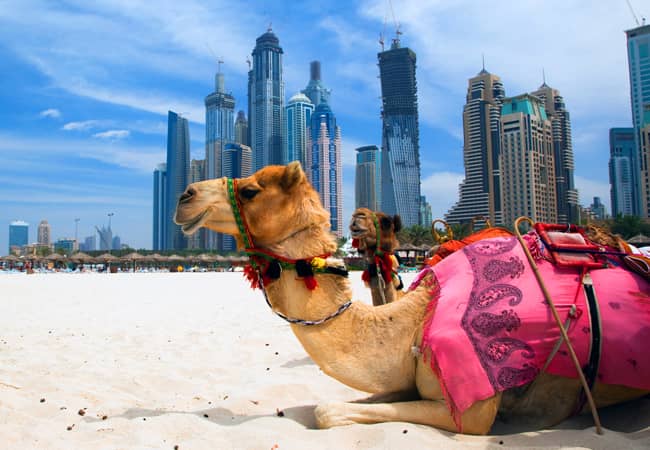 The endless rolling sand dunes just outside of Dubai call to you with the promise of adventure, a short trip but an entire world from the glitz and glass of the desert metropolis. Embark on a desert safari with Alpha Tours, climbing into a luxury 4×4 to charge up the dunes at full throttle, achieve a momentary weightlessness as you crest the peaks, and then plunge down the other side. Channel the spirit of the distant alpine peaks on a sandboard, enlisting gravity to reach an effortless speed on the sand that feels just like fresh powder snow. Finally, channel your inner Lawrence of Arabia as you mount a friendly hump and float over the sand on a swaying camel. Once you’re back in the city, cap off the day with dinner at Al Sarab Rooftop Lounge at sunset. Enjoy an unrivaled desert vista as you feast on delicious Middle Eastern cuisine during an Arabian night that’s truly one in 1,001 (sorry). 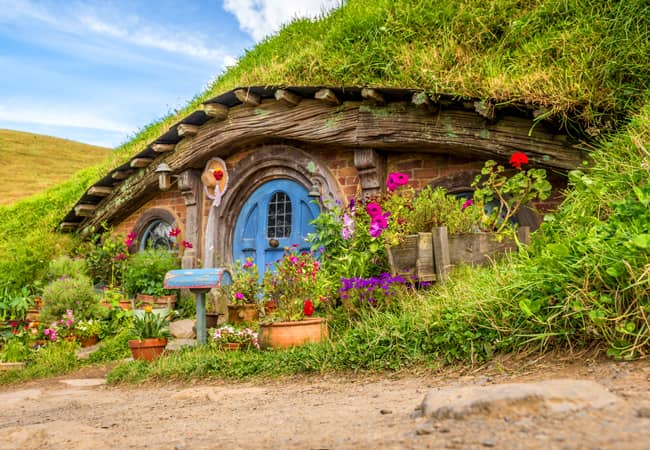 Movie geek? Own it. You don’t need to be a Tolkien-devotee to appreciate Wellington‘s craggy, wind-blown cliffs and verdant pastures featured in the Lord of the Rings film trilogy. But if you are, you should definitely journey to Middle Earth on a Lord of the Rings tour with Wellington Rover Tours to glimpse New Zealand’s magnificent countryside and pick up trivia about the filming of the series by Peter Jackson—a native Kiwi. Explore filming locations for the Outer Shire, the gardens of Isengard, and the elven realm of Rivendell as you tour some of the country’s most pristine green spaces. The fashionable city of Wellington offers a plethora of options for hobbits of all sizes looking to whet their appetites. At Little Beer Quarter, sample selections from 14 rotating draught beers. Grab dinner at Matterhorn Restaurant, a Swiss-café-turned-local-favorite consistently showcasing New Zealand’s outstanding seasonal produce. 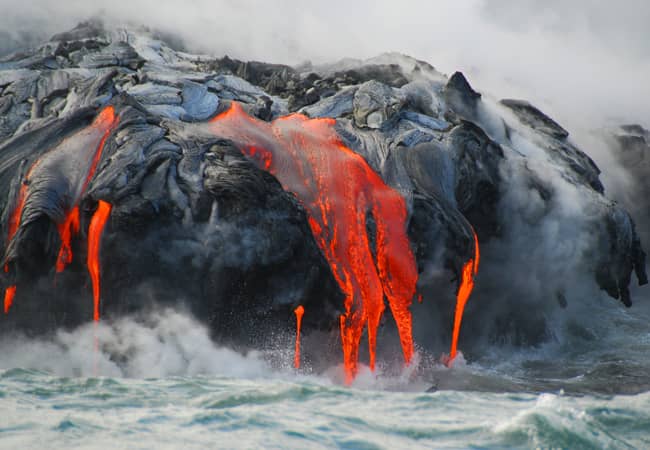 Don your Bermuda shorts and Aloha shirt and head to The Big Island to get an awe-inspiring look at Kilauea—the youngest volcano in the Hawaiian archipelago. Board a nine-passenger plane and embark upon an unforgettable aerial adventure with the pilots at Big Island Air. Soar above ancient lava fields and glimpse verdant macadamia nut and coffee plantations. Then, catch sight of Kilauea’s steaming caldera. Watch the earth’s crust transforming before your eyes from your phenomenal vista. Afterward, savor a meal at the beloved Kona Brewing Company, which serves up authentic island food with a decidedly laid-back vibe. Wash your adventures down with a frosty beverage and the aptly named Pele’s Fire Wings. Or, sample the Kawaihae Cajun Seared Ahi for a sashimi-style specialty that’s not to be missed. 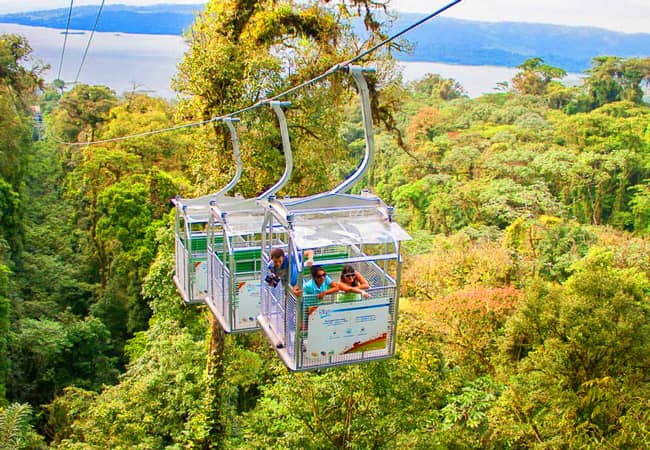 It’s almost impossible to think of Costa Rica’s Arenal Volcano Region without calling forth images of lush rainforest. Be the ultimate eco-tourist on a zipline adventure with Round Trip Costa Rica. Glimpse the dramatic slopes of the towering Arenal Volcano and marvel at the shimmering waters of Lake Arenal on an aerial tram that sends you deep into the forest. Then, suit up in a harness and helmet and cruise back to your starting point, sampling the course’s 8 ziplines. As you glide above the verdant canopy, keep your eyes peeled for languorous sloths, white-faced capuchin monkeys, and the elusive jaguar below. Back on solid ground, treat yourself to a Mono Loco—an invigorating blend of coffee, banana, milk, chocolate, and cinnamon—at the Rain Forest Café. Ready for a full meal? Order up a casado—a mouthwatering regional favorite consisting of chicken or beef, rice, black beans, plantains, salad, and a tortilla. 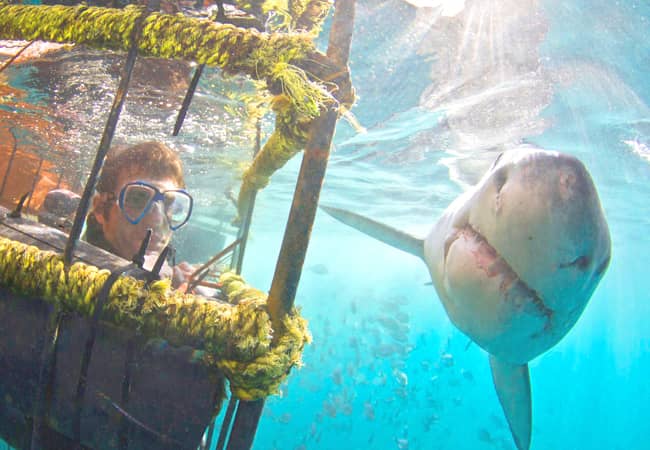 The coastal waters on the southern tip of the African continent are famously infested by great white sharks, but don’t let that scare you away. Travel out of Cape Town in the early morning for an African safari of the underwater variety in the fishing town of Gansbaai, the perfect spot to do some cage diving with Ilios Travel. Meet a swashbuckling crew of professionals and drop anchor in a prime feeding area in the middle of the bay. Like any good tourist, pay attention to the safety briefing before descending into the water in a diving suit and a shark-proof cage. The massive predators emerge from the gloom to circle the cage, feeding on the suspended bait and flashing you razor-toothed grins from the other side of the bars. After your adrenaline has leveled off, relax back in Cape Town at Panama Jack’s, and devour a seafood meal worthy of any great white. 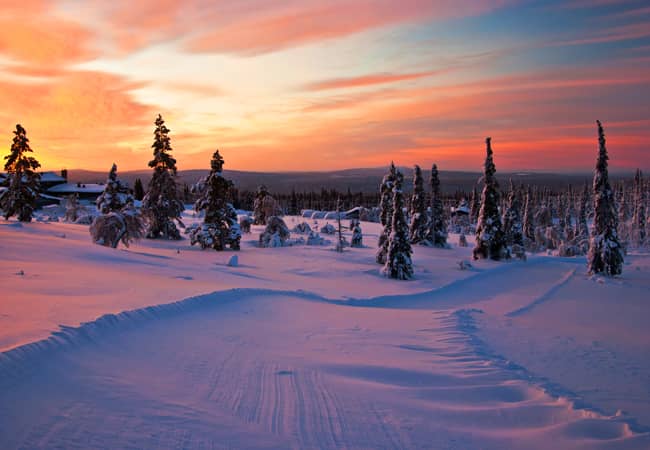 Finland is lauded for its glistening lakes and stately forests, but a trip to Helsinki wouldn’t be complete without a good sauna—the ultimate warming activity in this chilly northern locale. Partake in a Finnish sauna experience hosted by Carisa Travel and Tour, absorbing the thermal benefits and the smell of cedar as you steep yourself in a custom nearly synonymous with Finnish culture. Pair your sauna with a cool-down soak in the hot tub, or really go for it with a skin-tingling jump into the powdery snow outside the lodge. Afterward, treat yourself to a well-deserved nightcap at Helsinki’s Oluthuone Kaisla, a popular bar with board games, salty snacks, and a wide variety of beers on tap, including craft Finnish brews. 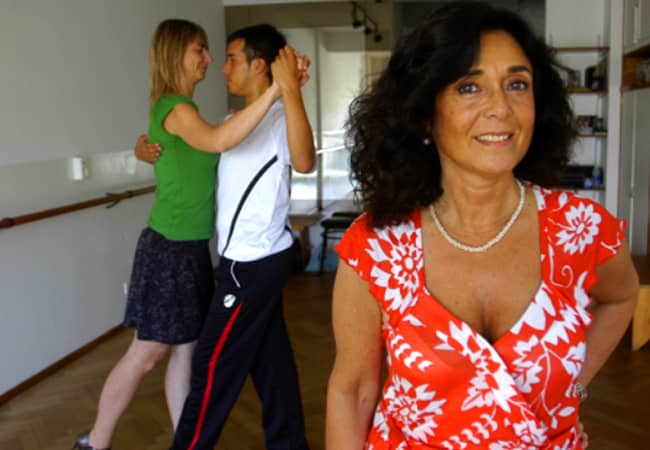 You might shy away from the dance floor at home, but it wouldn’t be a trip to Buenos Aires without learning a seductive dance move or two. Feel the fire within as you practice the simple elegance of Argentine tango in a guided lesson led by Tangol with an experienced instructor. Leave your inhibitions at the door of the Buenos Aires dance studio and begin to familiarize yourself with the music of the tango as it’s played live on a bandoneon—a traditional accordion-like instrument. As the music heats up, step into a close embrace with the lead dancer and get swept up in a series of graceful movements across the wooden floor. Afterward, cool off in the nearby IL Vero Arturito, which serves up classic Buenos Aires fare in a romantic atmosphere. 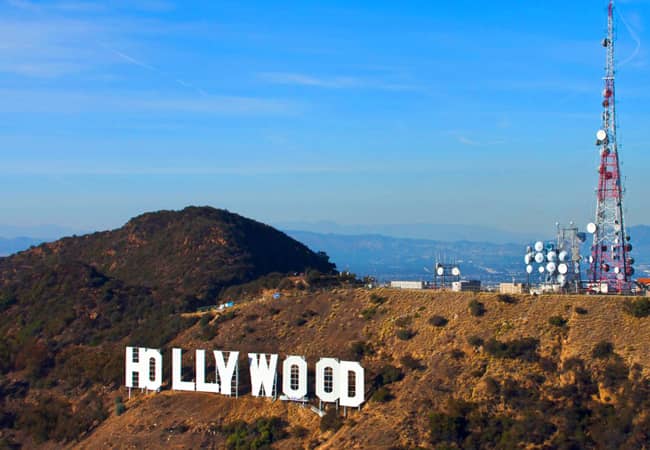 No symbol embodies Hollywood, the flashy world of movie magic, quite like the Hollywood Sign. Take your personal blockbuster action flick to the next level as you soar in a helicopter from the folks at Orbic Air Helicopter Tours above the famous sign and the surrounding hills. Buckle up as the rotor starts to purr and feel the rush of inertia as the ground drops out of view. Spy the eponymous sign propped up high in the dry brush of the Hollywood Hills, and admire the Art Deco dome of the nearby Griffith Observatory. The whole of Tinseltown rests below you, and somehow the aerial perspective only enhances the magic of the place. Hover over the backlots of Universal Studios and try to identify your favorite sets before returning to the ground. Finish off a day of Hollywood glamour at the old school Musso & Frank Grill, a classic steakhouse and the oldest restaurant in Hollywood.

What bucket-list locale will you take your camera to next?