12 idioms in other languages that get lost in translation

12 idioms in other languages that get lost in translation

An idiom is an expression whose meaning does not relate to the literal meaning of its words. They allow us to describe things in a slightly more visual and poetic way. Each language has its own set of unique idioms, but when translated they tend to lose their meaning and end up as hilarious nonsensical phrases.

You might say that looking for the direct translations would be barking up the wrong tree.

So let’s not beat around the bush  – here are some of our favorite idioms from other languages that got lost in translation.

Sometimes you can’t see what’s right in front of you. This German idiom is used when a person is unaware of a situation or isn’t paying attention – when he or she can’t see what everyone else can. Literally translated, it means “you have tomatoes on your eyes,” which we can confirm (not from personal experience) definitely prevents you from seeing. 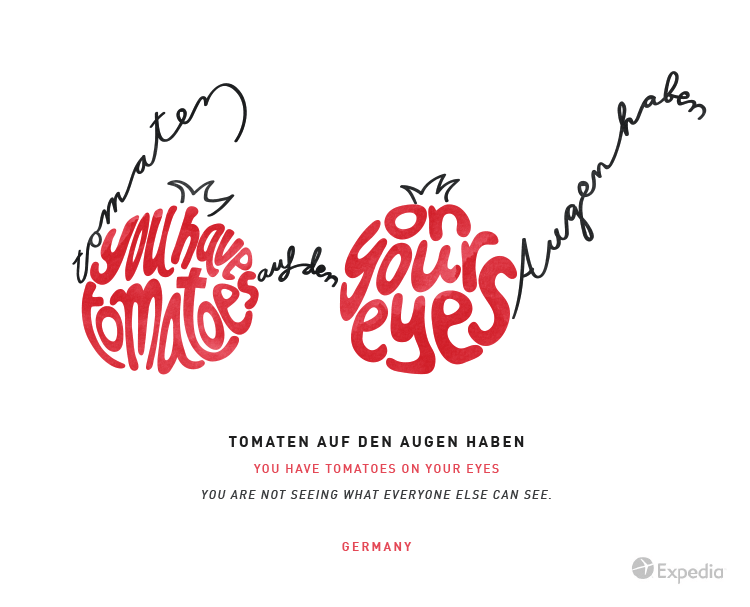 There are some people who have to look for hidden meanings or motivations in every comment or action. This vivid Argentinian idiom perfectly sums up this paranoia. But taken literally, it means to “look for the fifth leg of the cat.” We’re sure you’ll agree that this would be a crazy thing to accuse someone of! 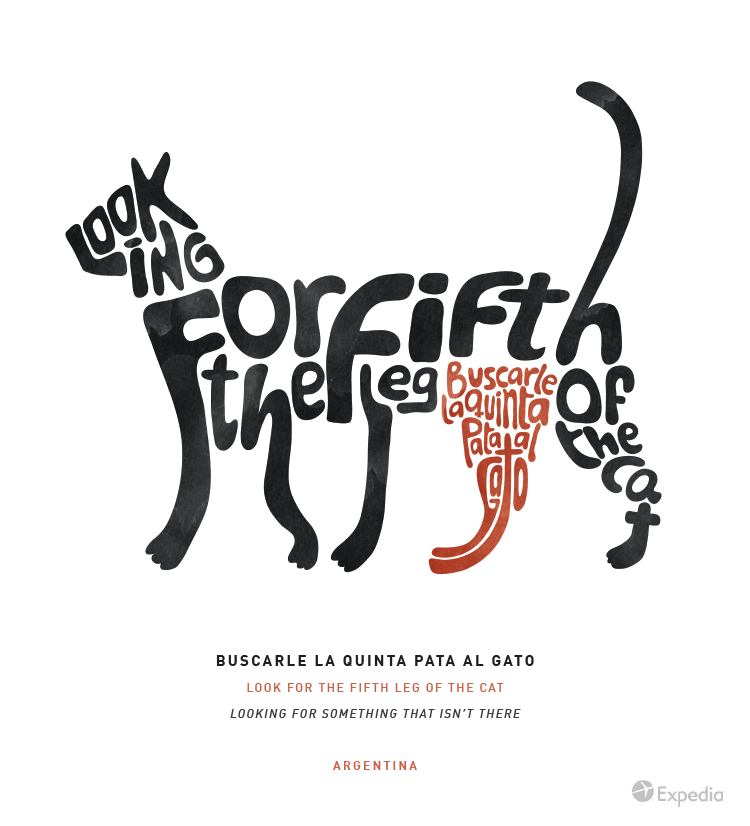 French is a wonderfully expressive language. This finite, direct idiom is used to mark the point at which a situation can’t be changed and a person has had enough. Literally, it means “the carrots are cooked.” What’s done is done and that’s that. Well no one likes overcooked carrots, do they? 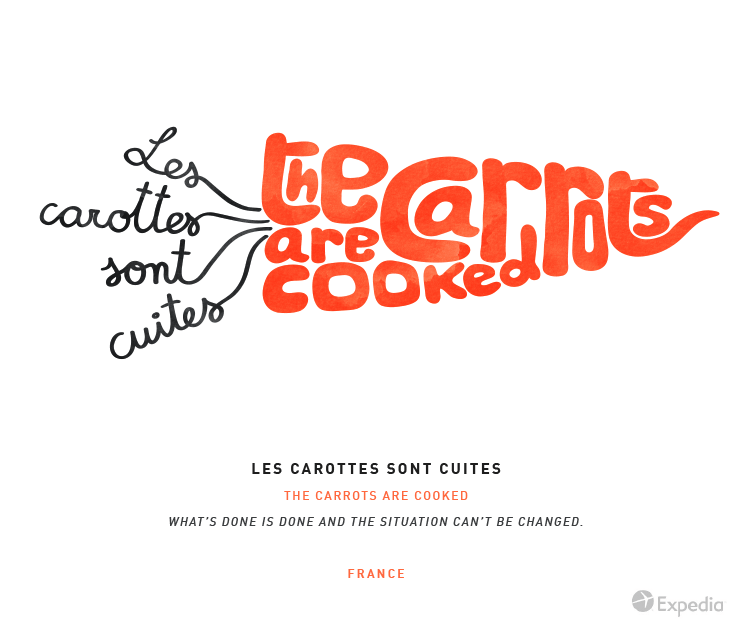 We’re sure you’ve all been there – there’s nothing more frustrating than taking the blame for something you didn’t do. This Portuguese idiom is used when someone is scapegoated for a situation that they didn’t cause. Literally (and hilariously), it means “pay the duck.” 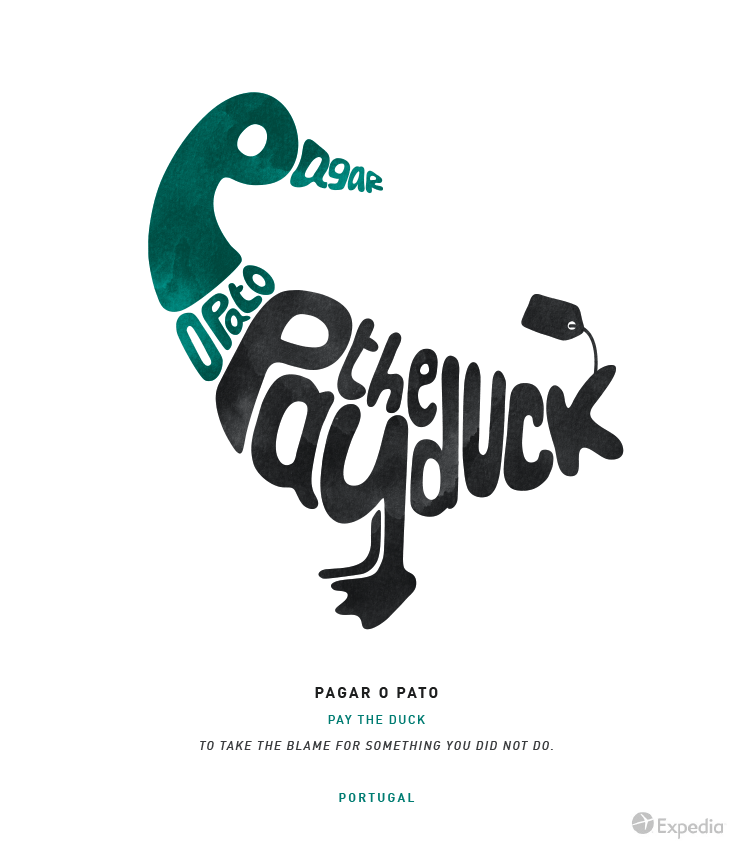 You’ve made a huge effort to help someone out, but you needn’t have bothered – it’s like playing piano to a cow. The cow just sits there and doesn’t even say thanks. This wonderfully visual idiom perfectly sums up that sinking feeling when you just know that someone doesn’t appreciate what you’ve done. 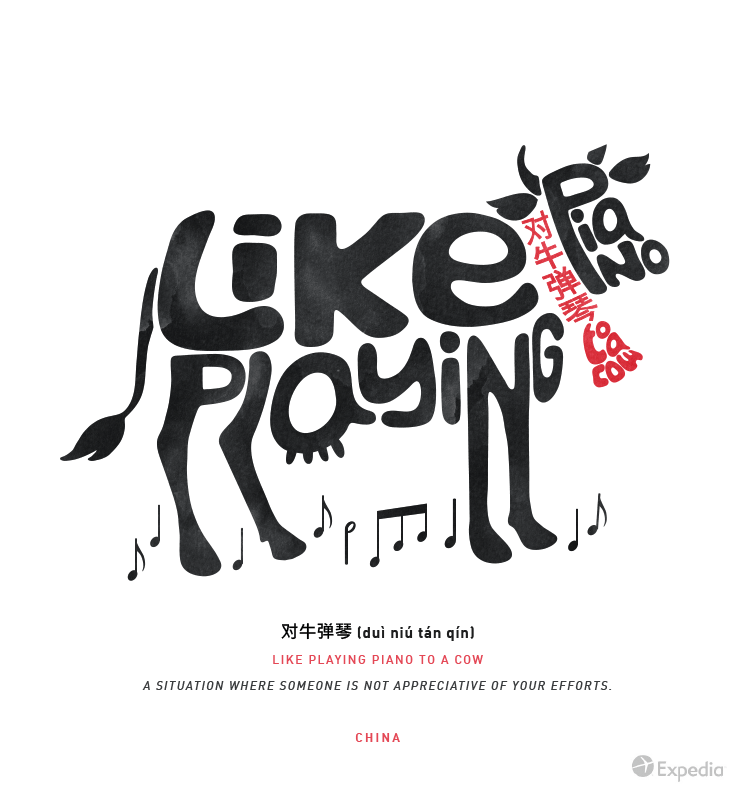 Some people just don’t get it, do they? This rather harsh Polish idiom is used to inform someone that you see right through them – they are not well informed and it’s obvious to all. Translated literally, it has a somewhat different meaning. Did I fall from a Christmas tree, you ask? Well no, no I didn’t. 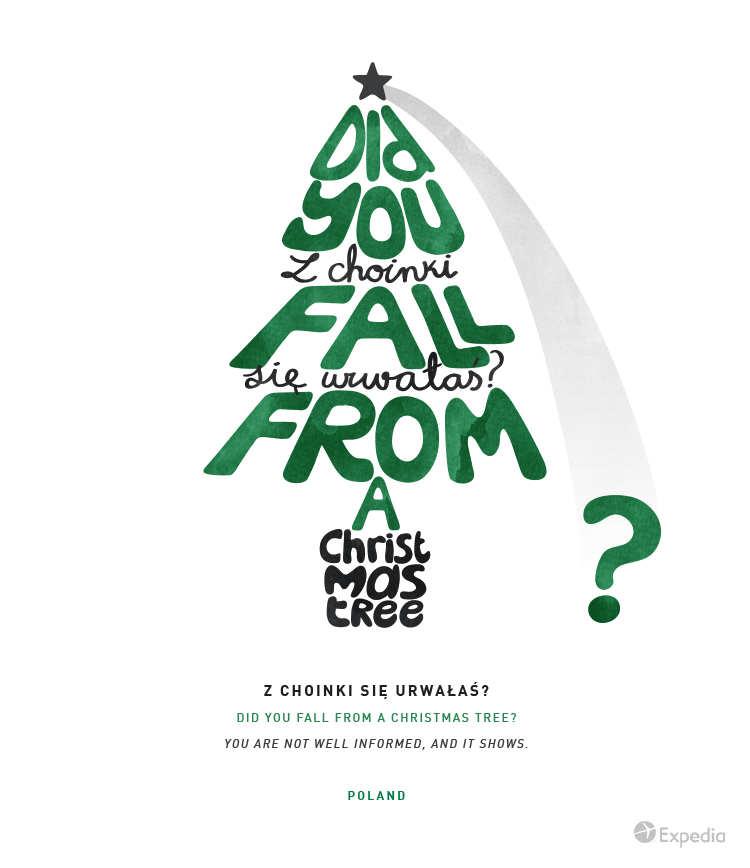 This delightful idiom means “to flirt with someone,” but translated into English makes literally no sense. Nevertheless, singing the apple sounds like quite a nice thing to do, whatever it might mean. 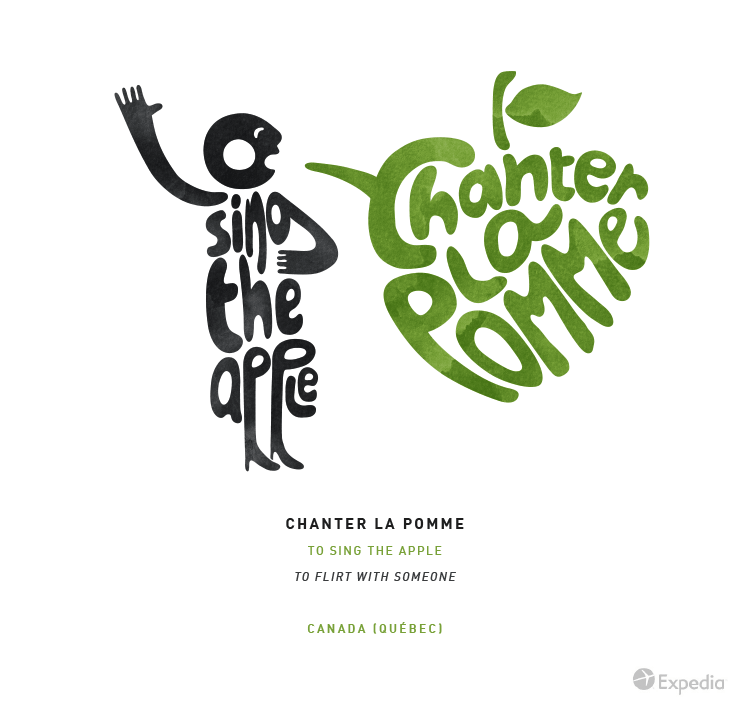 No matter how hard we try, some things are simply out of reach. This Japanese idiom makes the situation sound quite beautiful. It literally translates as “a flower on a high peak,” which conjures a lovely image to represent a less-than-lovely situation. 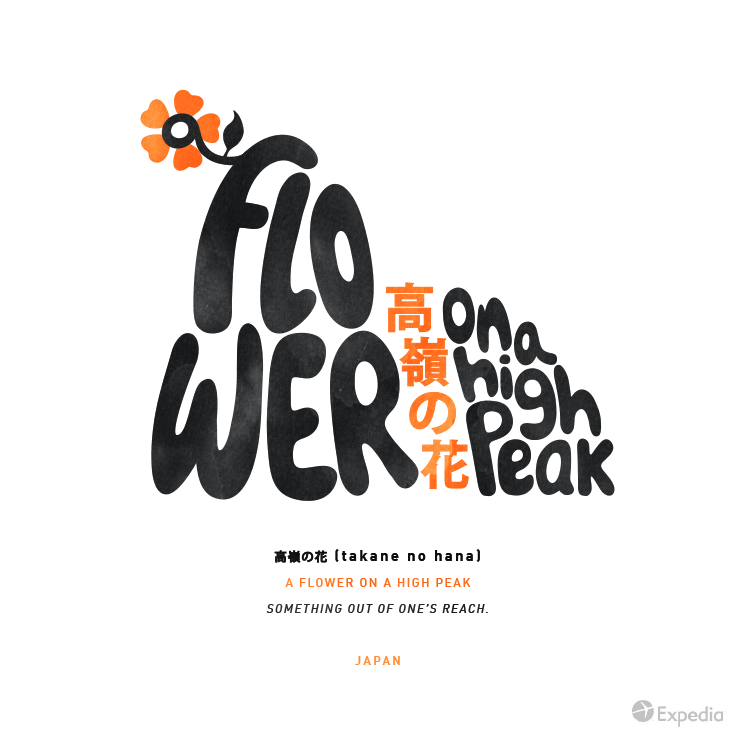 Foot in mouth? Well no, this time it’s a frog. How many times have you said the wrong thing? This Finnish idiom would accuse you of letting “a frog out of your mouth,” if taken literally. Not good either way. 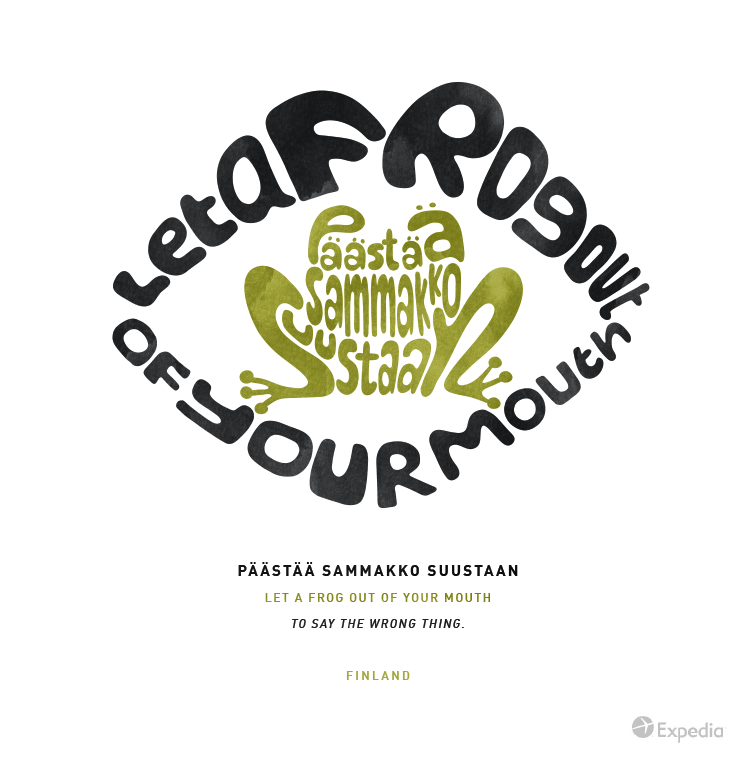 What is meant to be will be. Every language has its own version of this sobering idiom. The Mexican version translates to say, “If you’re born to be a tamale, the leaves will fall from the sky.” It’s hard to argue with that. 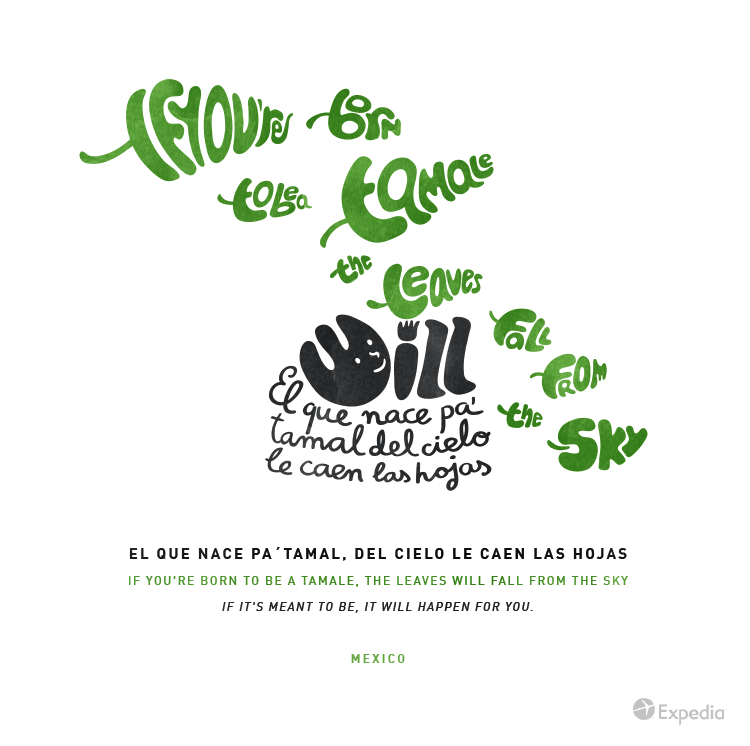 Obviously dogs are not welcome in Italian churches. This hilariously descriptive idiom is used to describe an unwanted guest. If you ever hear yourself described as a dog in church, it might be time to leave. 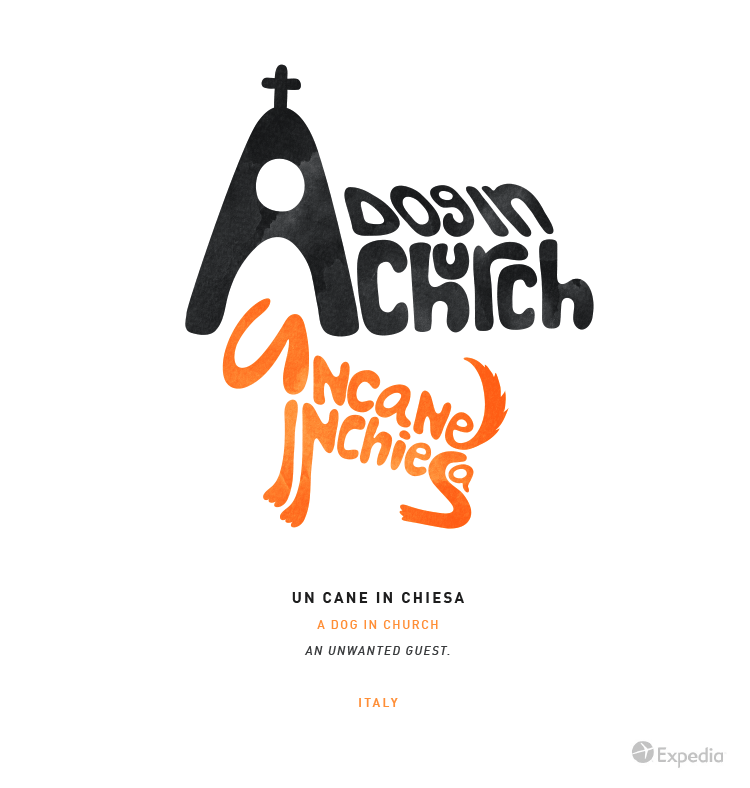 This Tamil idiom means to cut off a relationship. If you’ve ever been dumped by a partner, you’ll understand the literal translation. That awkward conversation can sometimes feel as though someone has poured water over your head. 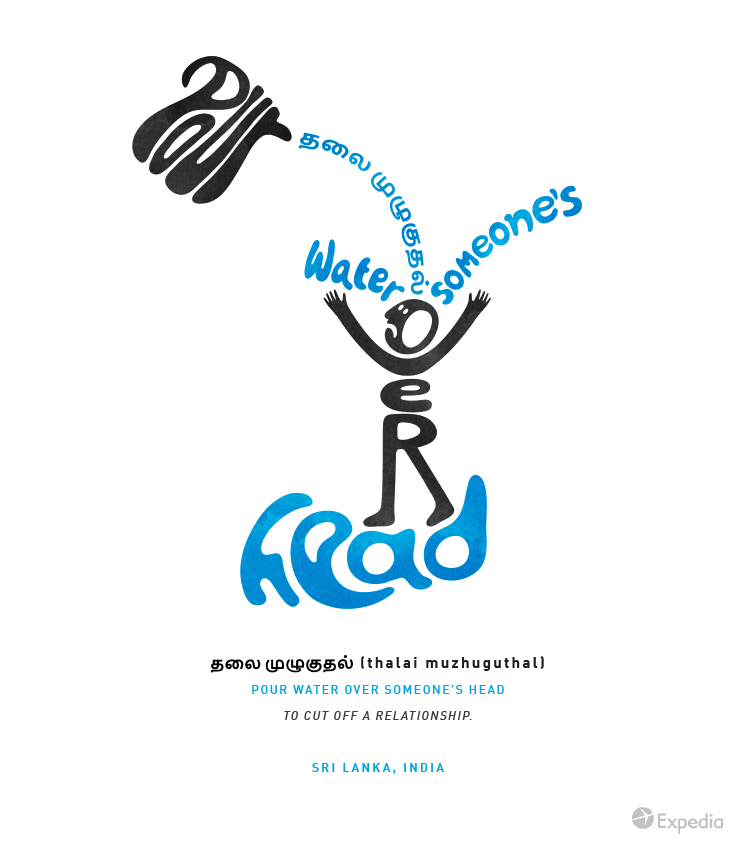 As you can see – Google translate doesn’t do the job every time. Some phrases from other languages can get lost in translation in the most hilarious way. Next time you’re on your travels, why not look up some popular idioms and really put your language skills to the test?

Want to share this image on your site? Just copy and paste the embed code below: