Explore > Interests > Adventure > 4 ways to get to James Bond Island

4 ways to get to James Bond Island

In the James Bond cult classic The Man with the Golden Gun, Roger Moore’s character radiates with charming indifference as he refers to Khao Phing Kan as “a bit off the beaten track.” In fact, he’s right. Tucked away in northwestern Phang Nga Bay, the island that served as the filming location for the 1974 flick is more than a hop-skip-and-a-jump away from Phuket.

Somehow, that’s never been a problem for Bond fans. In fact, a trip to Khao Phing Kan—or James Bond Island—is ranked among the top things to do in Phuket. Read on for 4 ways to reach James Bond Island from Phuket that don’t require a secret agent’s skills.

1.) If you want to enjoy the whole afternoon on James Bond Island

Consider a full-day water safari with Travstore Travel Management, which offers convenient hotel pickup from Phuket’s west coast. Choose whether you want to travel by streamlined speedboat or traditional Thai longboat, and trace a northerly route to Phang Nga Bay. Before landing at James Bond Island, your host treats you to a seafood feast fit for 007.

The entire afternoon is dedicated to unlocking the charms of James Bond Island, where you can search for villains inside caves, sunbathe on the beach where Roger Moore staged his famous duel, and make out Ko Tapu—the famous mushroom-shaped rock. Of all the things to do in Phuket, this outing grants you the most time on James Bond Island’s exquisite shores. 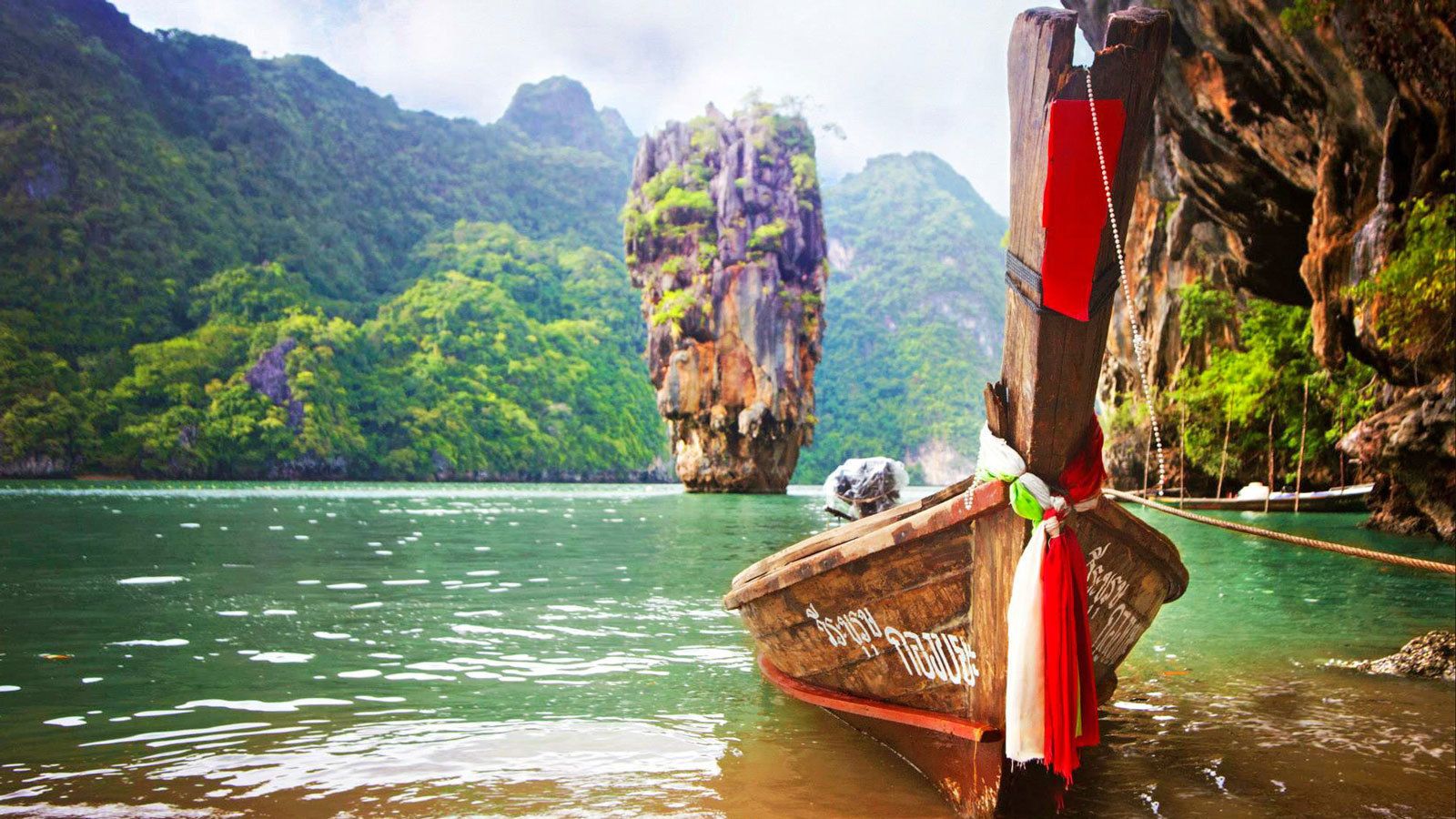 2.) If you want to visit multiple islands in a single day

The pros at Tour East Thailand will take you where you want to go. A full-day excursion allows you to island-hop your way into Ao Phang Nga National Park, where James Bond Island is nestled beside more than 100 protected islands. Your guide breaks up the journey with stops at the Talu and Naka islands, with chances to swim, cave, and kayak along the tour route.

While circumnavigating James Bond Island, your guide regales you with local lore about the technical challenges involved in filming the movie. Before departing, motor into the emerald shallows near Ko Tapu and see if you can spot the elusive Francisco Scaramanga lurking in the jungle greenery. 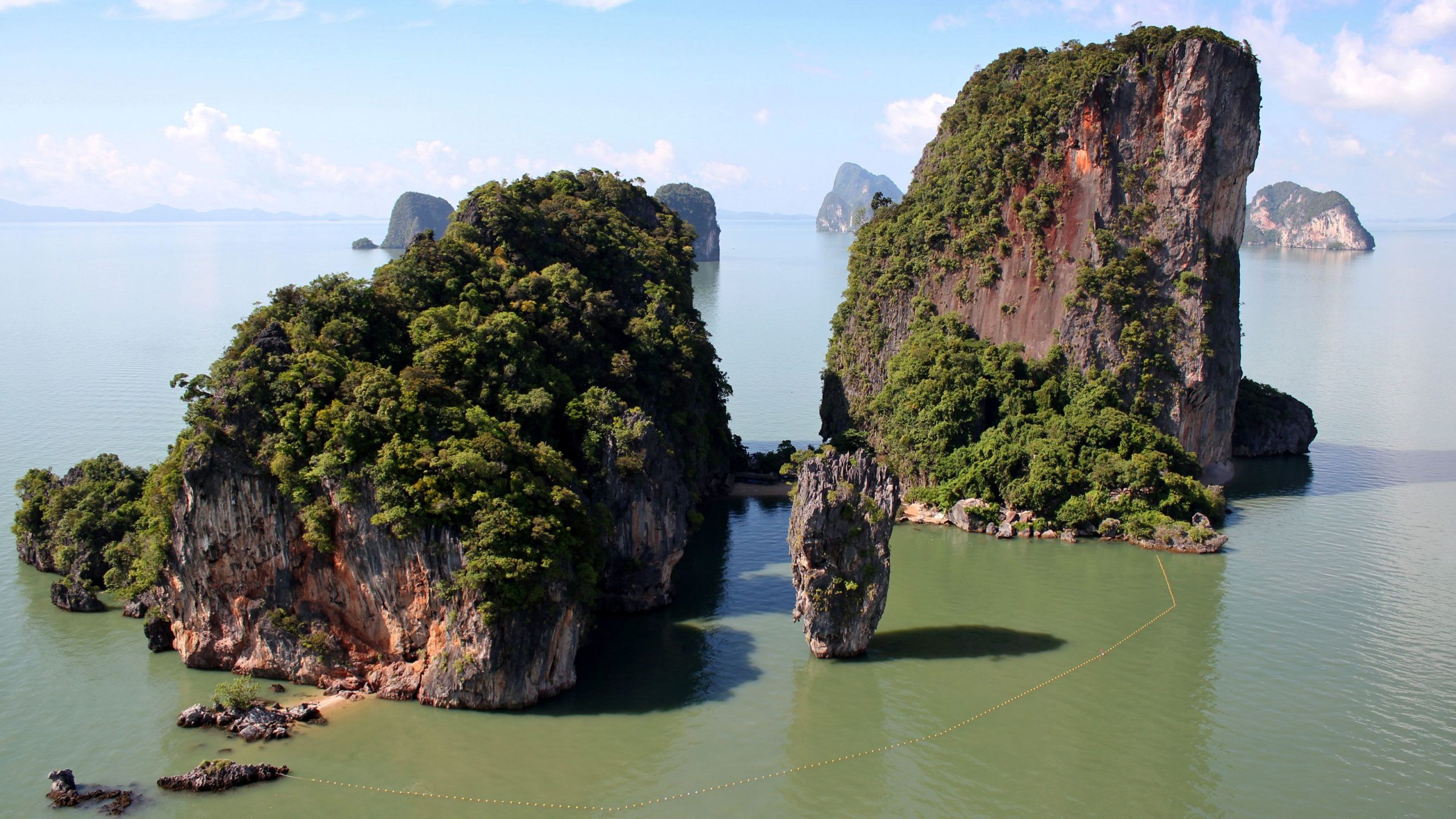 A deluxe full-day tour with Trip Store Krabi lets you fully immerse yourself in the bay’s collapsed cave systems and ancient archaeological sites. Come to think of it, it’s likely that Bond would have wanted to spend a little extra time exploring here, too. In the morning, kayak Hong Island’s interior lagoon, investigating its otherworldly shades of emerald and turquoise blue.

In the afternoon, head to James Bond Island, where your guide encourages you to apply your MI6 skills to acquaint yourself with the island’s unique caverns. You’re also invited to discover the eastern beach, where local vendors offer souvenirs crafted from shells and wood. 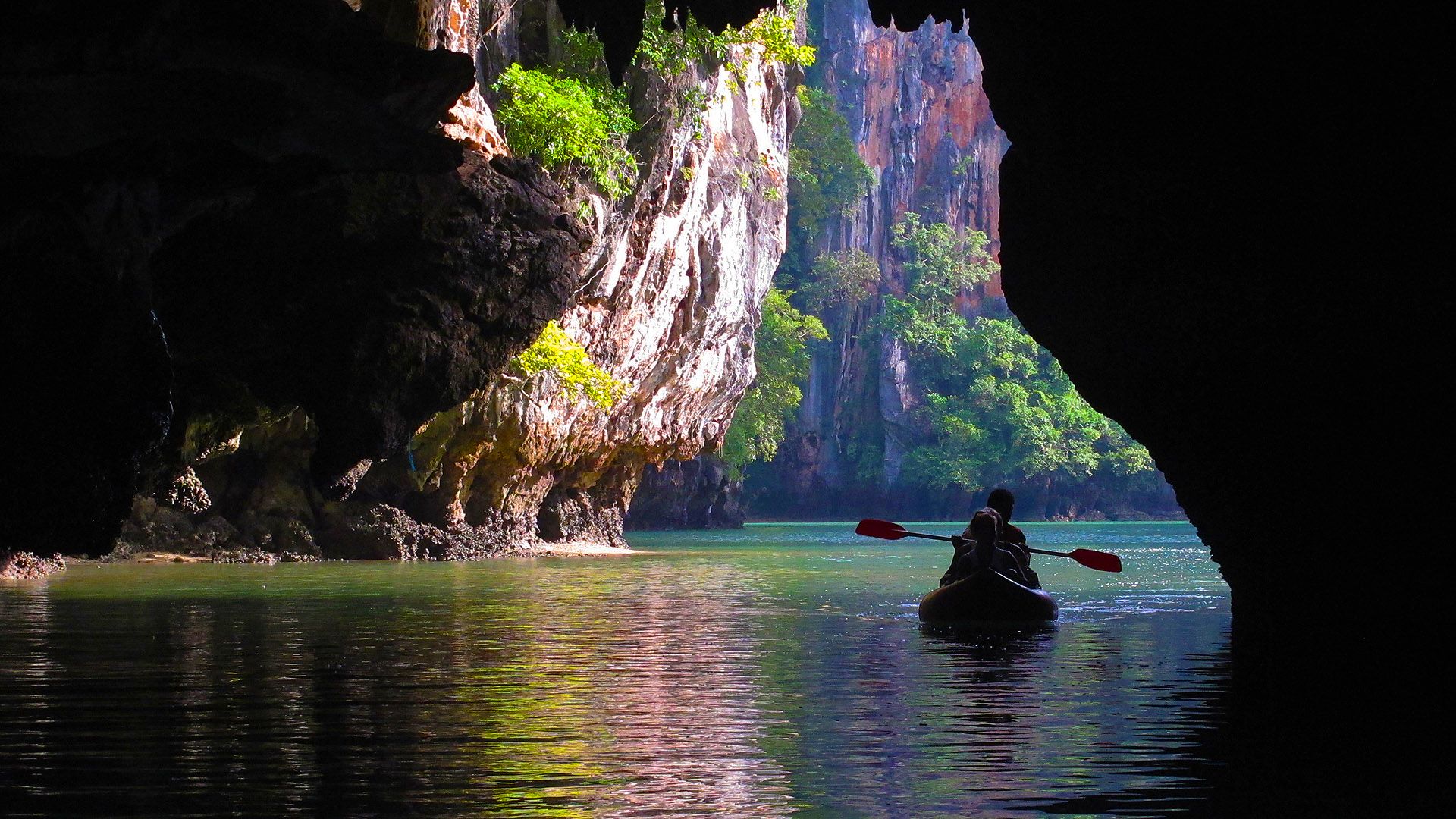 CBS Travel Asia offers a full-day tour to James Bond Island and Ao Phang Nga National Park, replete with a Thai breakfast and lunch, allowing you to soak up sights of the serene marine park in its entirety. Stops at Hong Island and Naka Island round out the experience, as well as the chance to ride a long tail speedboat to the Koh Panyi fishing village.

An afternoon visit to James Bond Island reveals the site’s filming locations, as well as information about the geological history of the island and its environs. For example, did you know that it was once possible to walk from Phuket to Krabi? Sounds like a conjecture only a secret agent can resolve . . .

If you’re wondering what to eat back in Phuket, refuel with a late-afternoon snack from Lucky 13 in Rawai. Visitors go crazy for their cheeseburgers, while hearty sandwich options like falafel and local chicken are a welcome treat after a long boat excursion.

Likewise, you can head to Patong Beach to wet your whistle with a made-to-order cocktail at the Iguana Beach Club—an idyllic seaside bar that seems as if it could have been plucked straight from a spy film.

Which Bond-inspired getaway would you embark on?