Explore > Interests > Adventure > Where to go on Hawaii Island: Coast vs. upcountry

Where to go on Hawaii Island: Coast vs. upcountry

Locals wear a handful of hats on the Island of Hawaii. And it’s not all sun or surf caps, either. Counting many of the world’s climate zones from its shoreline to summit, hats of every brim and brand are helpful when exploring the Aloha State’s most geographically diverse isle.

Starting with a straw hat at the Pacific’s edge, my favorite oceanfront stretch is along the Kohala Coast where quiet coves, sugary sand, and the rugged remains of the Hualālai volcano cozy up to the coastline. Due to its west exposure and minimal rainfall, this is also where many of the island’s iconic and luxury properties bask in the sun, making it a savvy base for a sand-in-your-toes stay.

Here, unpack your bags at the Mauna Lani Bay Hotel & Bungalows, an arrow-shaped property pointing due West. As one of the first hotels in the area, the land is wide open (read: views for miles) and filled with native Hawaiian flora and fauna saturating the 30-acre resort from its ancient fishponds to the hotel’s atrium, a botanical garden where nature is the main showpiece. 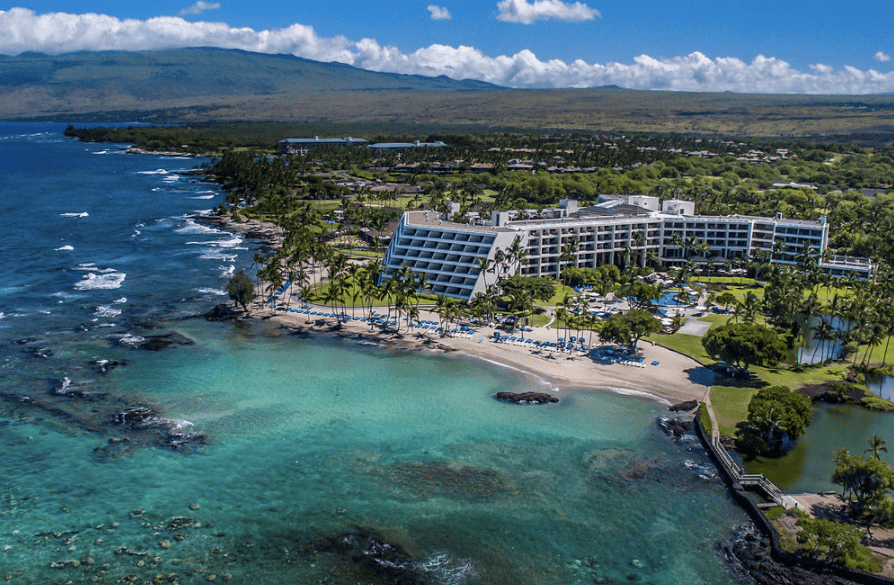 At this divide between surf and turf, take advantage of the seascape with a dip in the crystal clear water, a paddle-boarding session, or a snorkeling excursion in search of Hawaiian sea turtles (hint: They are everywhere—look but don’t touch).

As fun as it is to play in the Pacific, the ocean is also a main source of nourishment for many locals who share their craft of fishing and cooking with visitors. To see and taste this in action, visit Da Poke Shack in Kona, a standing room-only takeaway joint where just-caught tuna is “reeled in” and chopped up daily. On the high-end of fish-to-fork, reserve a sunset-view seat at CanoeHouse, an alfresco eatery where Chef de Cuisine Allan Nagun dials Hawaiian regional cuisine up a notch with dishes such as ahi poke, which he tops with truffle snow and serves with style in a margarita glass.

Towering above the shoreline, Hawaii’s upcountry calls for a separate stack hats for hiking, horseback riding, and farm visits. Let’s start with the cowboy hat, except in Hawaii, cowboys are called “paniolos,” the name Mexican vaqueros were given by locals in the early 1800s when the expert horseman were brought in to manage the island’s growing horse and cattle population.

Viewfinder Tip: To fully appreciate the Island of Hawaii’s coastal and upcountry magic, unpack your bags at each altitude for a more immersive experience. 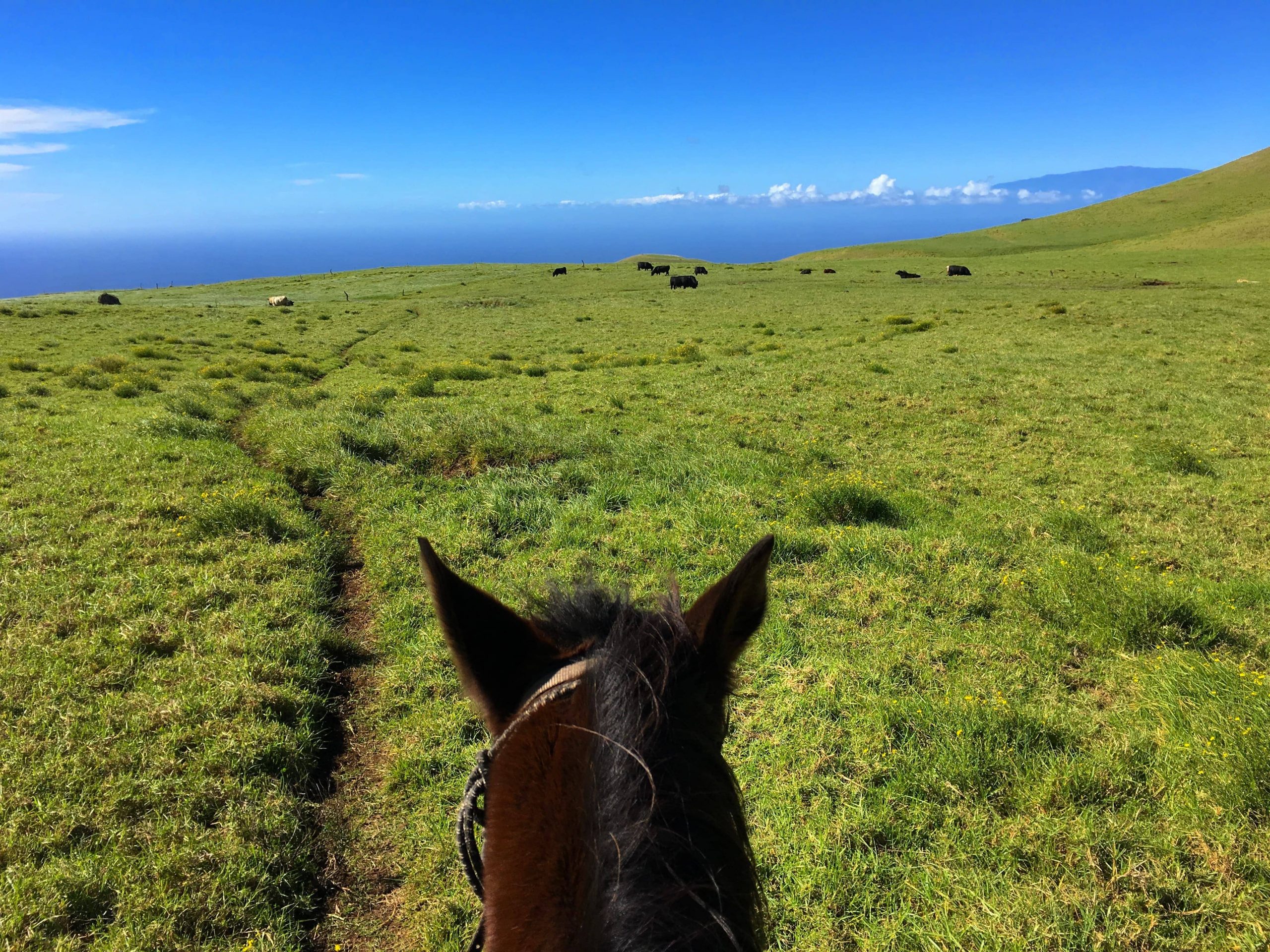 Moseying on into Hawaii’s far-reaching ranch land is a must given that the far-reaching ranges—many starting at the mountaintops and sloping into the sea—blanket a good proportion of the island. I saw a slice of this beautiful landscape first-hand as I rode a horse with Paniolo Adventures on Ponoholo Ranch’s 11,000-acre plot. A ride that started at a small stable off a dirt road between mile marker 12 and 13 on route 250, turned into a wow-factor hour trotting through cattle fields, streams, and wildflowers—all with the ocean in my panoramic view.

The practicality and ethos of land cascading from peak to sea, or ahupua’a, is something I learned more about in my eco-tour at the Kohala Institute, an organization invested in connecting with land the way the early inhabitants did. Through research, hard work, and a humble staff, the organization wants to get back to the self-sustaining nature of the ancient ahupua’a land division system, and use their 2,400-acre plot as a catalyst for the state’s food security and community transformation. 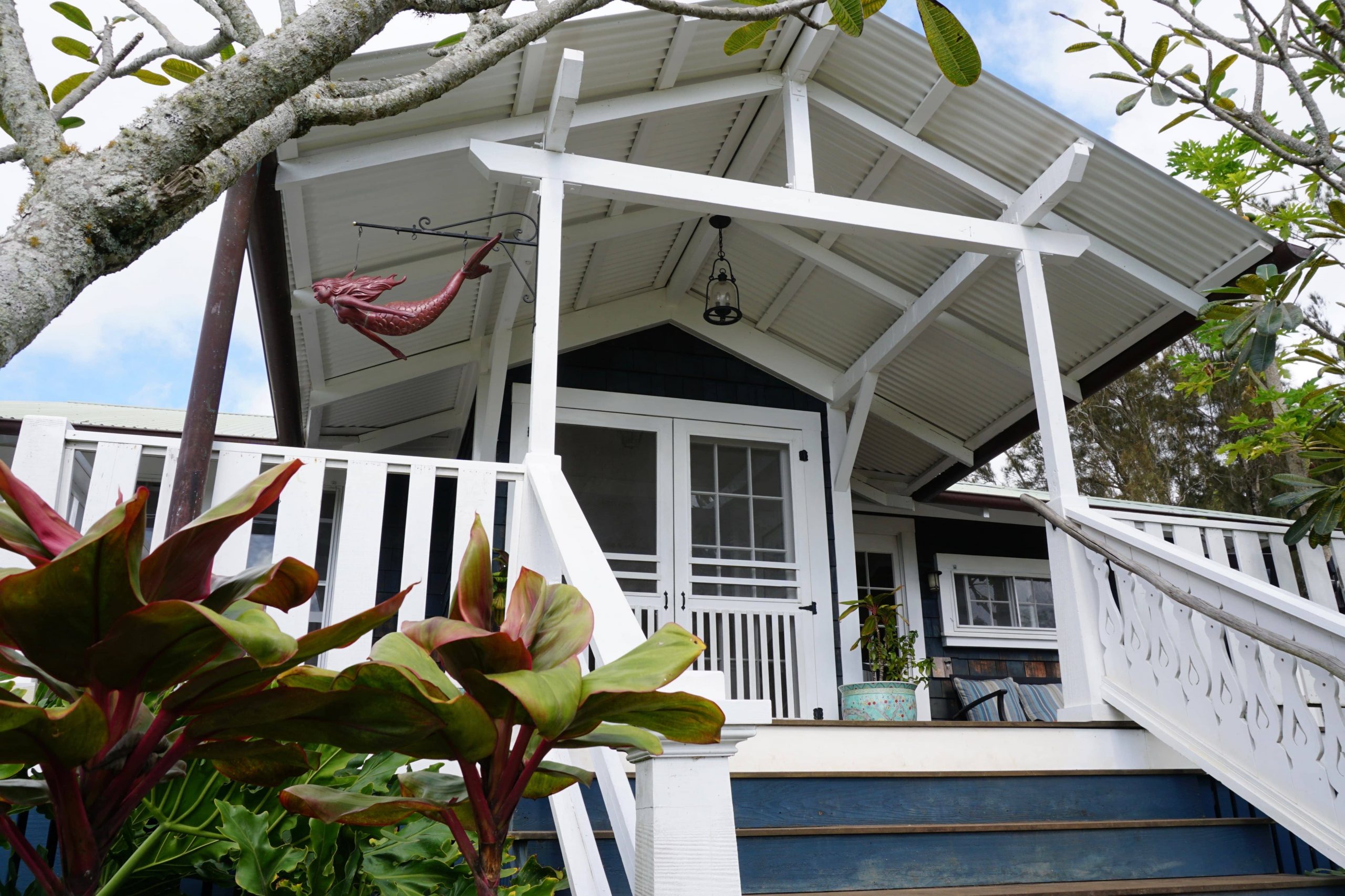 This experience only fueled my desire for upcountry life all the more, so I stuck around, and ate off the land in a house once occupied by a paniolo. Enter Puakea Ranch, a stylish and salt-of-the-earth stay embodying all of Hawaii’s upcountry magic: farm-to-table eating, animals communing with humans, and sustainable living. With four meticulously restored cottages worthy of an Elle Decor spread and a wrangler-slash-concierge who teaches willing participants about farm life, Puakea is the real deal where any hat is acceptable—be it paniolo or straw.

Looking for more Hawaii inspiration? Try out Expedia’s Discover Your Aloha to get your own personalized itinerary.

What hats would you pack for your adventures on the Island of Hawaii?