From Shakespeare to Harry Potter: TV and film excursions around London

A bevy of tours allows you to explore the props, costumes, and real-world settings of your favorite British films and television shows. Walk the same cobbled streets as Jane Austen in the charming town of Bath. Zip around London on a Time Lord adventure that includes the last police box still standing in the city. Relax with a cup of earl grey during afternoon high tea in the grand Grantham family manor. Whether you’re a Harry Potter fan or a BBC binge watcher, make your London visit unforgettable with one of these silver-screen excursions. 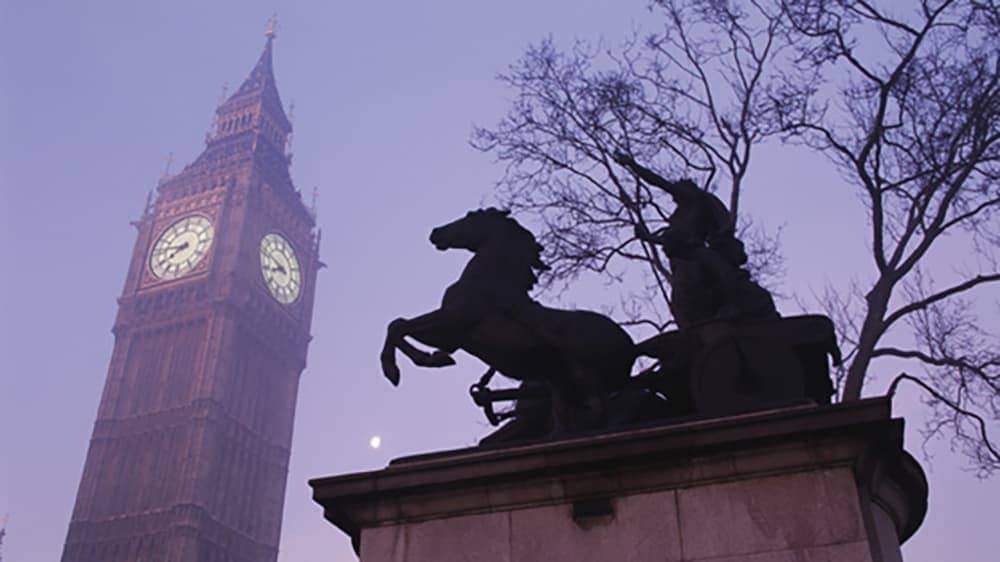 The game’s afoot as you follow the tracks of Sherlock Holmes and John Watson through their hometown. Visit 221b Baker Street with its black, lacquered front door that stands just as it would have during Victorian times and enter The Sherlock Holmes Museum that includes the famous duo’s study faithfully maintained as Mrs. Hudson would have liked it. With a knowledgeable guide to lead the way, caper through Piccadilly Circus and Oxford Street to sites featured in the BBC TV-series Sherlock and the Robert Downey, Jr. movies. At the end of your journey, see where the series author, Sir Arthur Conan Doyle, practiced as an ophthalmologist and take a selfie with a statue of Mr. Holmes. 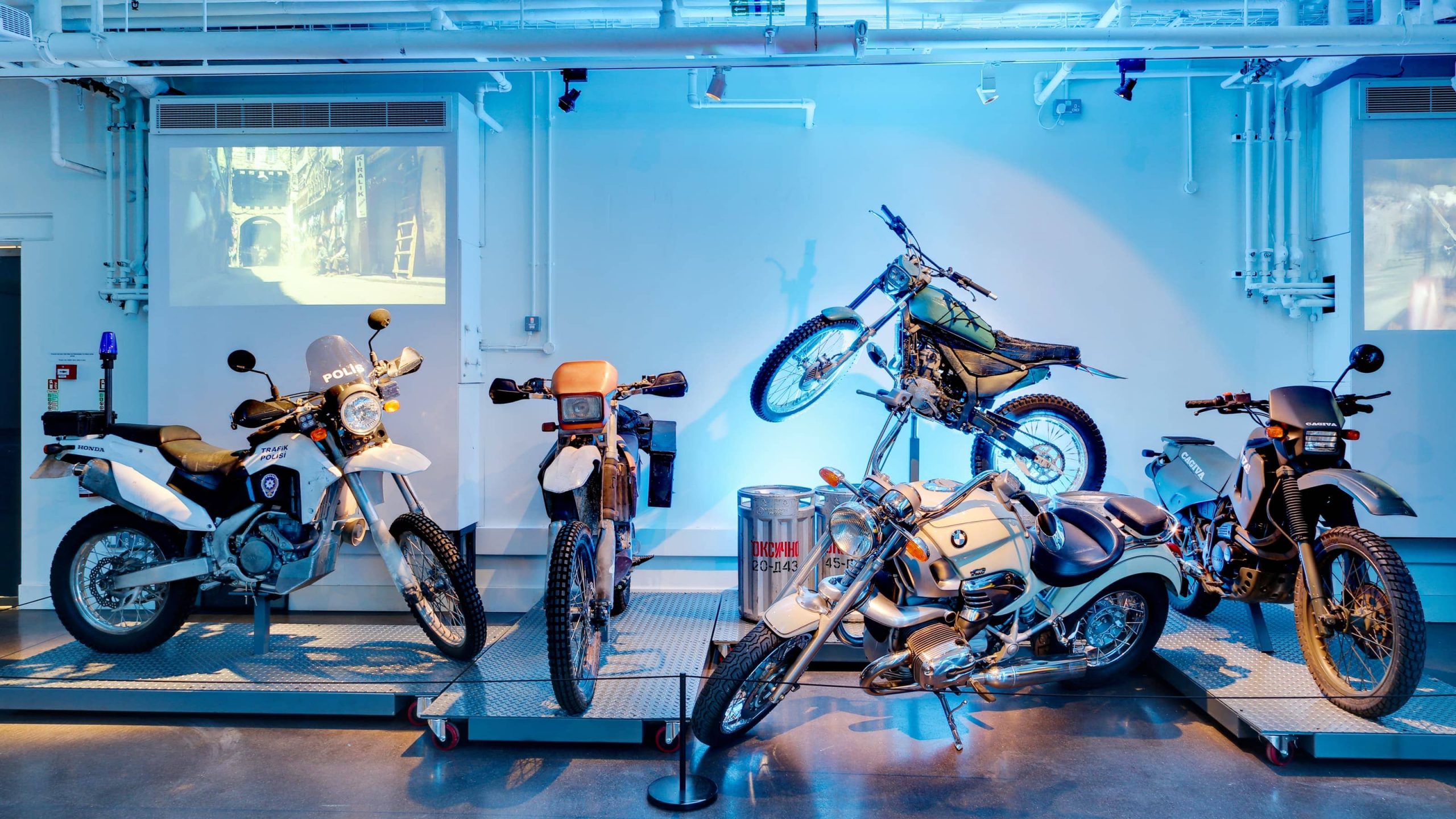 Immerse yourself in the world of espionage with your favorite double O agent, Bond. James Bond.  Relive some of cinema’s best moments as you stand in front of 007’s famous Aston Martin DB5, Goldfinger’s classic Rolls-Royce Phantom III, and the submersible Lotus Espirit S1 from The Spy Who Loved Me. At the London Film Museum’s Bond in Motion exhibit, you can get close to Q’s crafty spy gadgets and the sleek cars, motorcycles, and other vehicles used in the movies. Plus, view never-before-seen footage, concept art, and storyboards from over 50 years spent in her Majesty’s Secret Service. 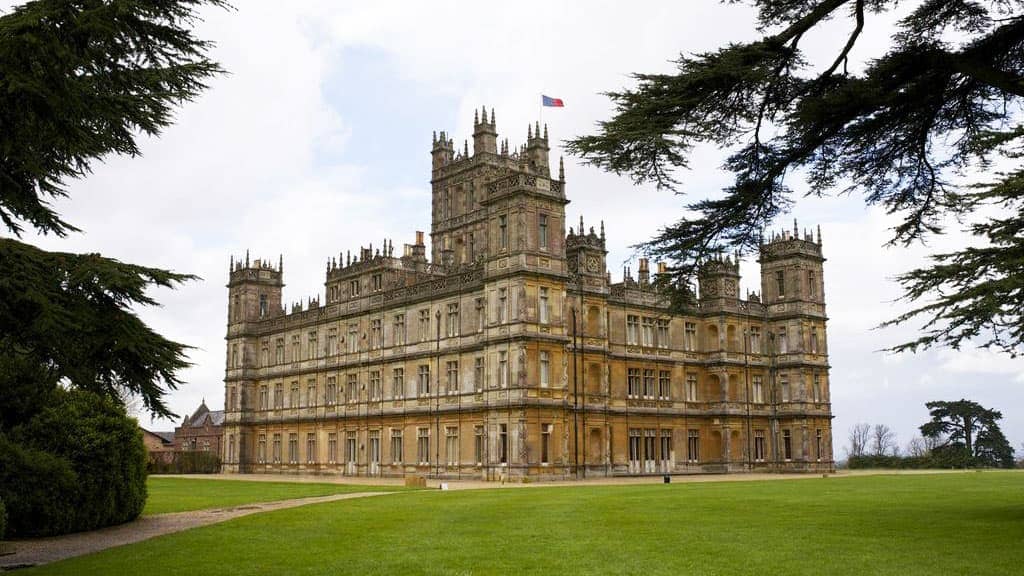 Stroll through the grand estate of the Grantham family manor, drink a coffee in the old milking barn on Yew Tree Farm, and enter the church where so many romances culminated in weddings in the award-winning TV drama Downton Abbey. With a small-group tour, you can access the filming sites that the big busses cannot reach and relive your favorite moments from the show with an enthusiastic guide. You’ll find plenty of photo opportunities as you venture through the Cotswolds countryside filled with rolling green hills, magnificent stone churches, and charming thatch-roofed villages. The tour culminates with a visit to Highclere Castle—the fictional home of the Grantham family and where the real Earls of Carnarvon reside today. You can walk down the grand staircase to the salon, see Lord Robert’s library, and hear the echo of Violet’s quips in the dining room. 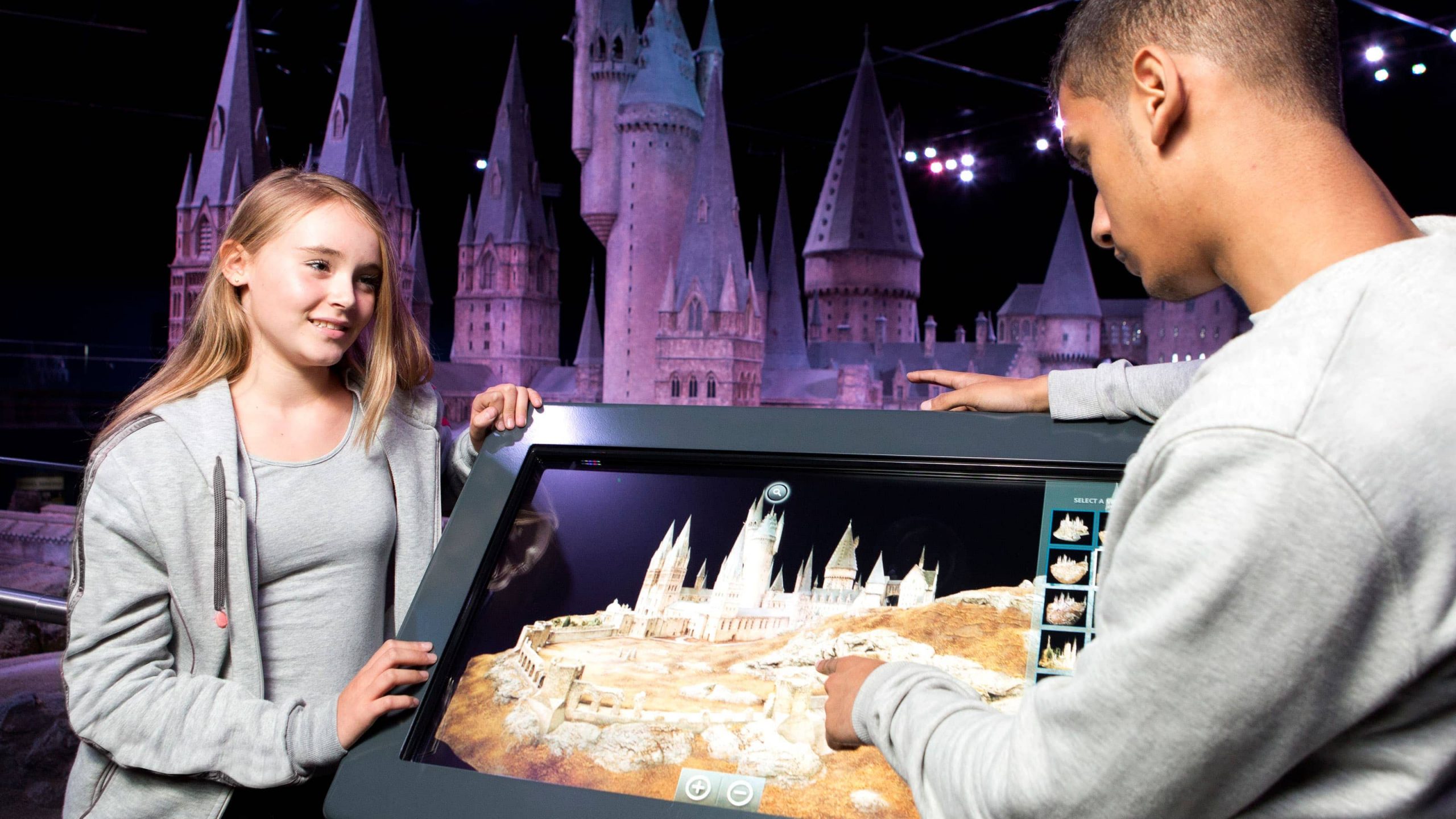 Have you ever wanted to bow to Buckbeak the hippogriff in the Forbidden Forest, window shop at the Weasleys’ Wizard Wheezes in Diagon Alley, and enter Hogwarts’ Great Hall? On the Harry Potter studio tour, interactive exhibits show how the books came to life on the big screen and allow you to examine props up close and learn the secrets of special effects. As you stand in recreated sets, you can feel the magic of the films and take in the intricate details of Gryffindor’s quidditch uniforms, Dumbledore’s robes, and Ron’s hideous Yule Ball outfit. After you’ve flown over London via a broom and a green screen, end your studio tour with a delicious glass of frothy butterbeer. 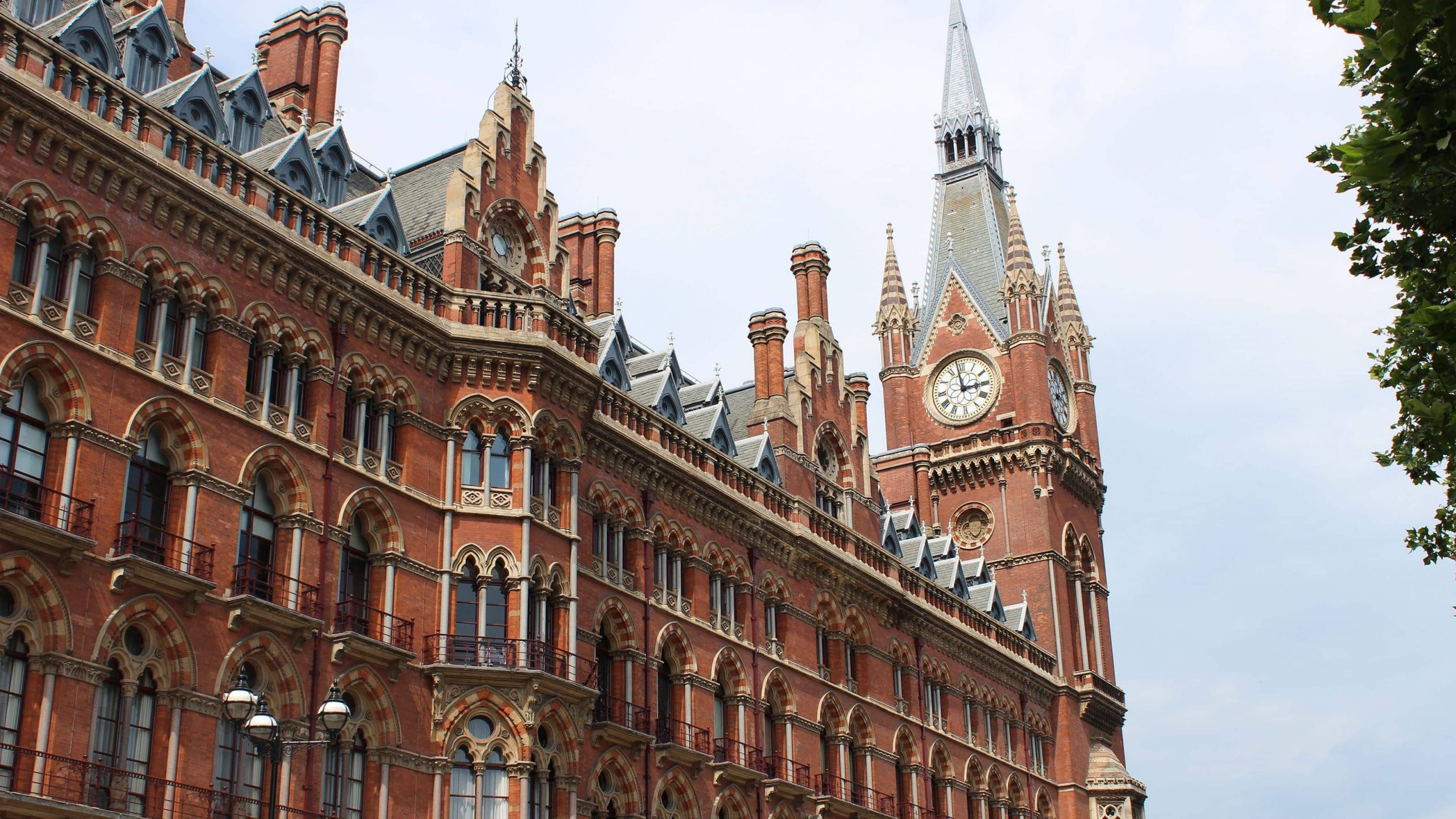 Grab your wands Harry Potter fans! It’s time to embark on a magical journey around London. Put yourself in the movies as you stand in the same locations as Hermione, Ron, and Harry. On this tour, even muggles have the chance to push a trolley through the wall of Platform 9 ¾ at King’s Cross Station, hunt for the entrance to the Ministry of Magic, and amble up to the Leaky Cauldron’s location. As you travel from one film location to the next, you can see major London landmarks and hear behind-the-scenes stories from your enthusiastic guide. 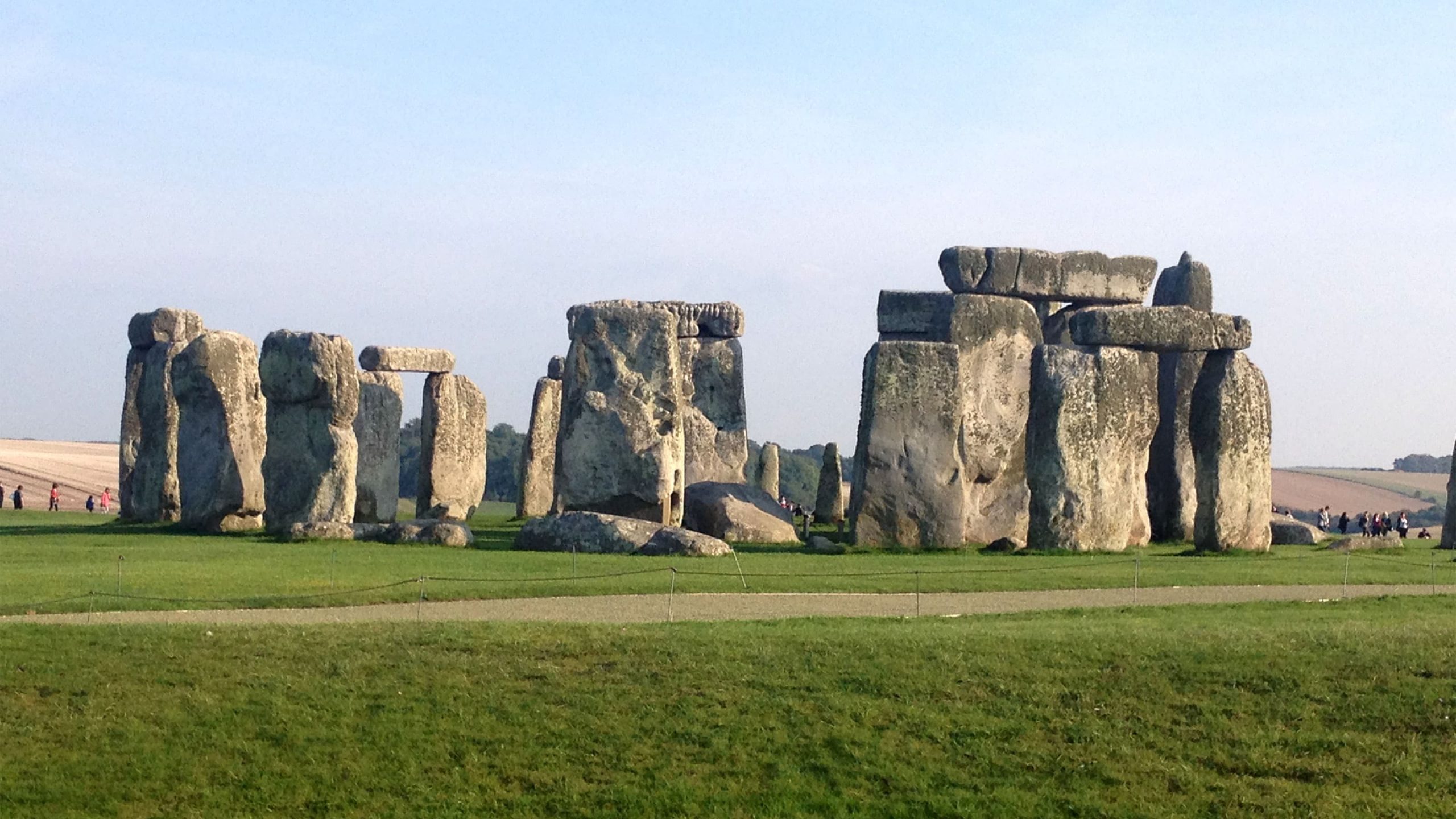 Depart from London for a full-day tour to immerse yourself in the beautiful English countryside rife with sheep fields, low stone walls, and charming towns as seen in so many BBC miniseries. In the city of Bath, visit the Jane Austen center to learn about the author’s life and snap photos with the guides in period garb. Step into the world of Pride and Prejudice or Harry Potter by having lunch in the quaint village of Lacock and then wrap up your adventure with a trip to Stonehenge. Featured in blockbusters like Thor: The Dark World, B-movie flops like Stonehenge Apocalypse, and just about every film involving the wizard Merlin, you can experience the majesty of these iconic standing stones for yourself before returning to London. 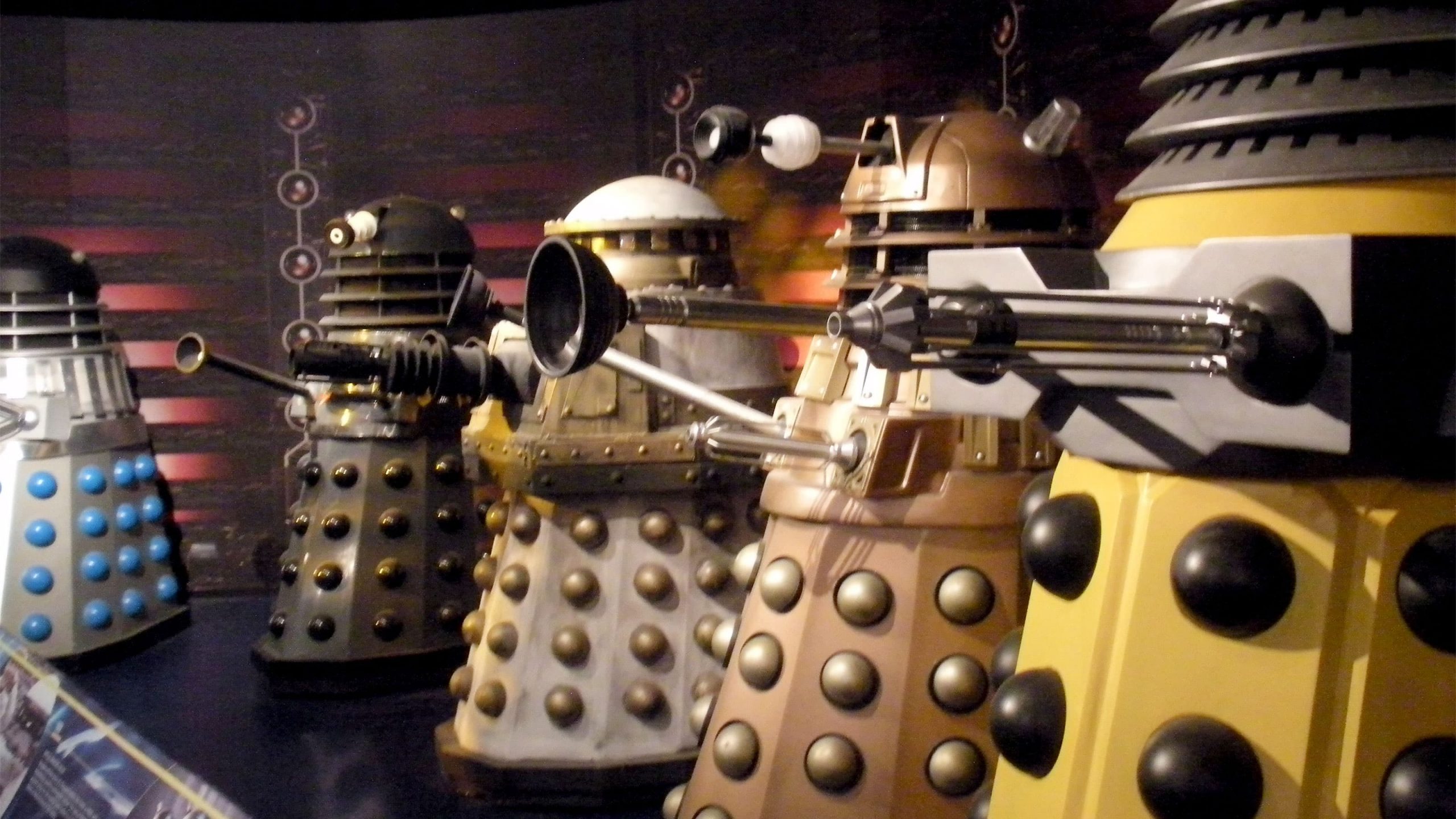 Grab your sonic screwdriver and hop in a black cab to trace the steps of The Doctor on the streets of London. Between stops at various filming locations spanning 50 years of Doctor Who history, play a game of trivia with your knowledgeable guide and hear stories about various actors and sets. Stand on the bridge where the Daleks started their London invasion, see 10 Downing Street, visit the last standing police box in the city, and then snap your picture with an actual TARDIS from the show. The “wibbly wobbly, timey wimey” hours are sure to fly by on this exciting tour for Whovians. 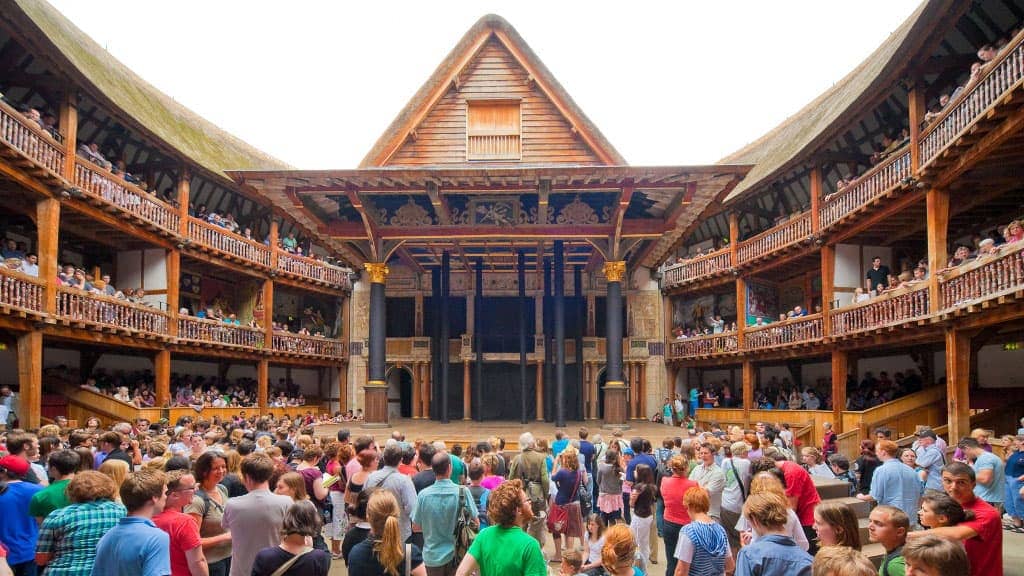 “All the world’s a stage,” as you stand in the heart of Shakespeare’s Globe Theatre surrounded by timber balconies. A storyteller guide shares anecdotes as you explore a replica of the stage where The Bard’s famous plays debuted centuries before making it to the silver screen. In the exhibition area, learn more about William Shakespeare’s life and how his works have influenced art and history. Imagine yourself as a character in Macbeth or Romeo and Juliet as you admire the intricate costumes on display and get further into character by supping on savory sandwiches and sweet pastries at A Midsummer Night’s Dream Afternoon Tea.