Things to do around the world this Christmas

Explore the world’s holiday traditions during this magical season and learn how people of all cultures celebrate Christmas. Whether you want to get a taste of Christmas at a German holiday market, see the light displays in New York City and Paris, or smell the evergreen aromas in the botanical gardens of Victoria and Vancouver, there are so many things to do this Christmas. And that’s why we’re here to help you narrow down your holiday travel wish list. 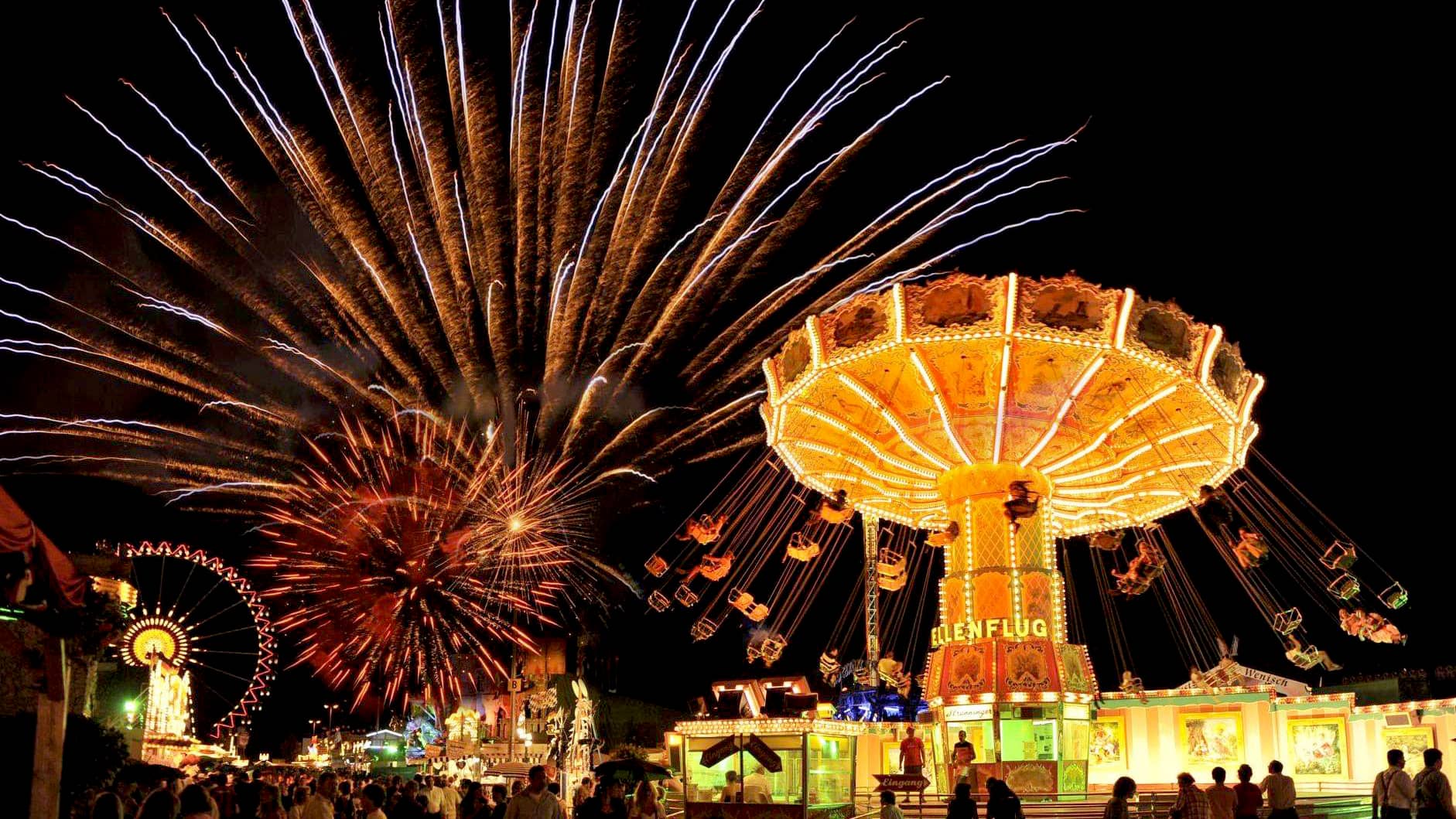 Head to Munich for dozens of festive Bavarian Christmas markets. Your first stop should definitely be Marientplatz, Munich’s biggest Christmas market. Start at the towering Christmas tree in Marienplatz, and then meander through festive, light-strung streets. You can browse booths with handcrafted soaps, scarves, and ornaments to your heart’s delight. Warm up with a mug of glühwein, hot mulled wine, while kids enjoy alcohol-free kinderpunsch and ice skating. Check out Munich’s other Christmas markets like the medieval-themed Wittelsbacherplatz or shop for gifts at Munich’s trendy downtown stores. If you like hops more than wine, get to know Munich through its world-famous beer and food. Finally, make time to explore Munich’s Bavarian architecture or linger in one of Munich’s cozy cafes. 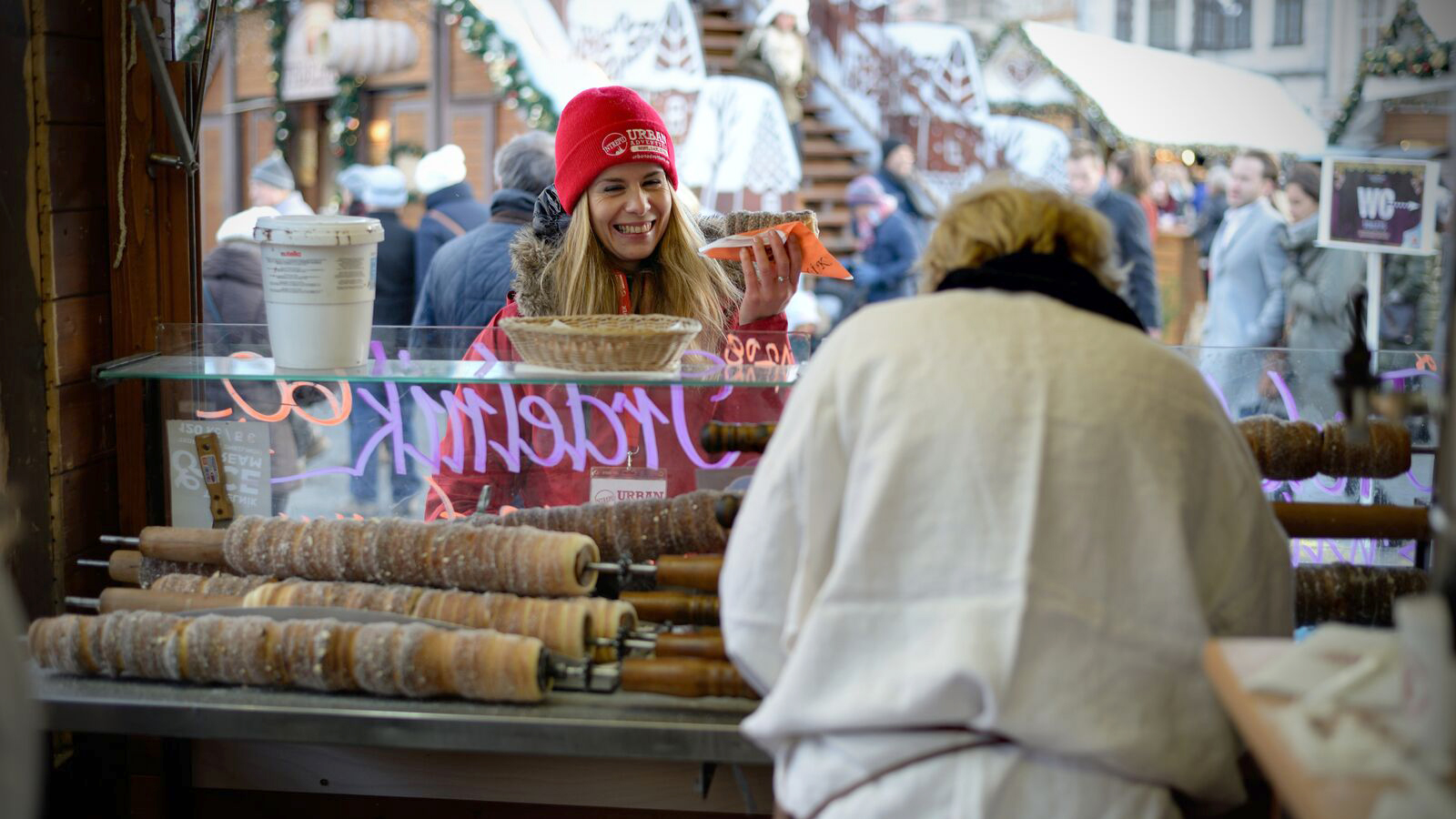 The Czech capital is home to some of the most spirited Christmas traditions in Europe. Prague has a unique connection to the holiday thanks to the legend of Good King Wenceslas, the patron saint of the Czech state and the first person in history to save Christmas from a Grinch. Begin near the square named for the Good King and head out on a tour of Prague’s Christmas markets. Warm up with mulled wine as you learn all about Czech holiday customs like Christmas carp. Continue to a second market and indulge in some steaming mead and roasted almonds beneath the twinkling lights of the Old Town Square’s impressive tree. 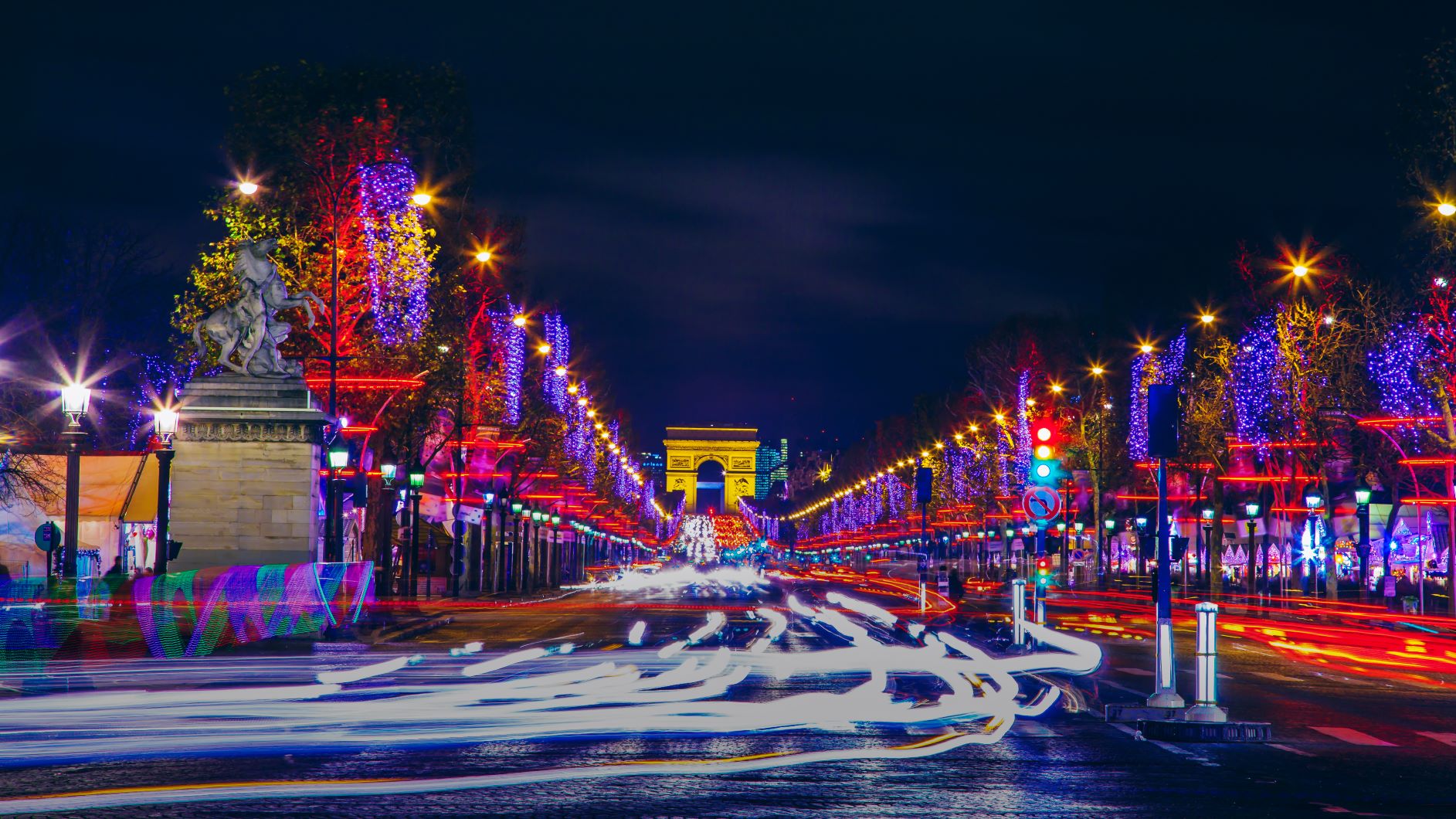 Not surprisingly, the place known as The City of Light has no problem turning on the Christmas spirit thanks to the epic light display on the famed boulevard, Champs Elysées. Stroll down this illuminated walkway and gaze into shop windows as you pass countless Parisian landmarks. If you want to make it easy, join a Paris Christmas tour that takes you down the famous avenue on the way to the Arc De Triomphe. Walk past Elysée Palace on your way to a celebrated patisserie, Ladurée, where you will be treated to delicious French macarons. Close out the evening atop the Arc De Triomphe and take in the breathtaking views of Paris at night, including a luminous Eiffel Tower.

Christmas in the United States 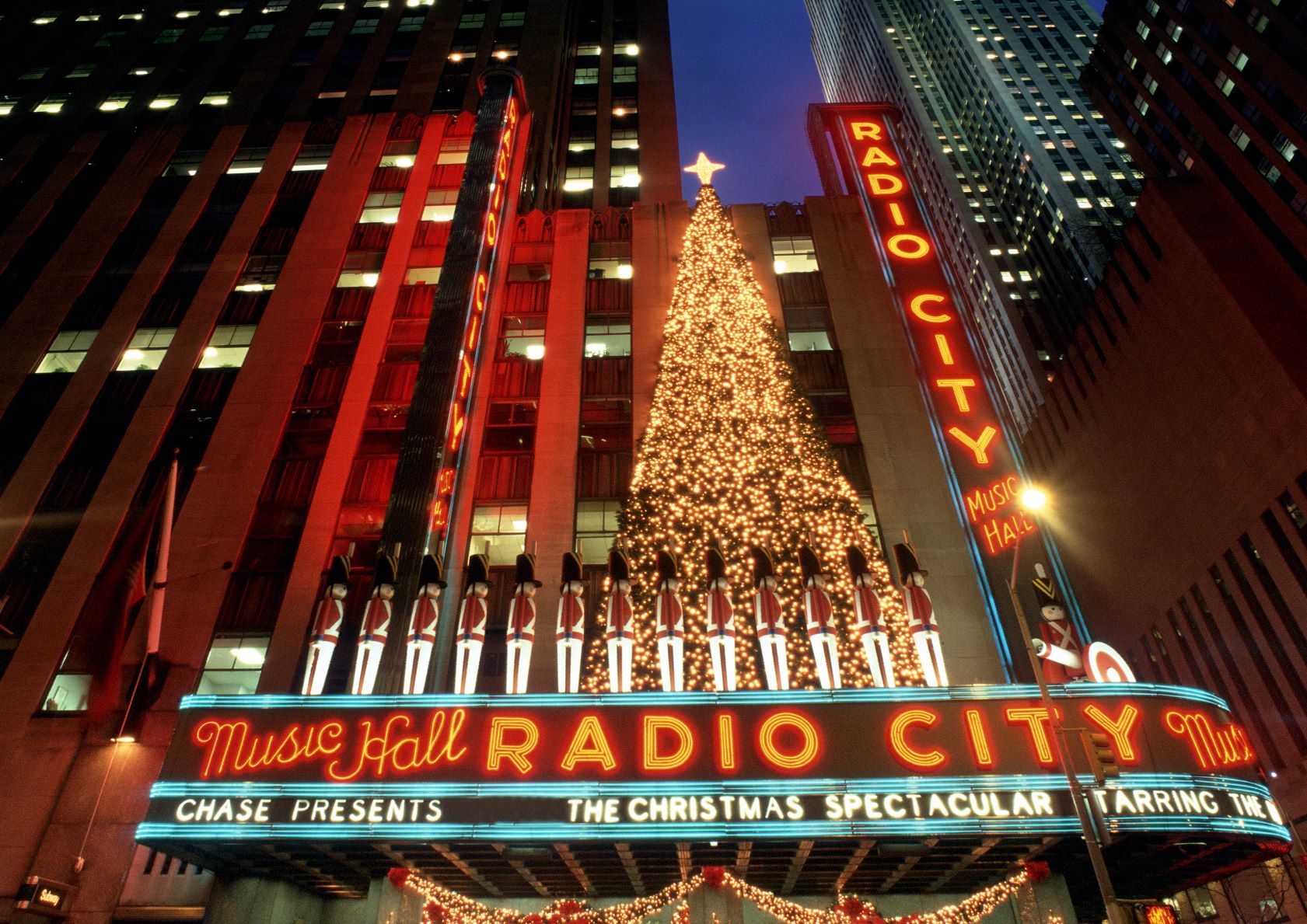 There’s no place in the US that captures the country’s holiday traditions quite like New York City. Whether you want to see the Rockettes perform their festive holiday show, marvel at the displays in NYC’s iconic shops, or skate at Rockefeller Center, the City That Never Sleeps has a holiday experience for you. If you want to observe the best Christmas light shows in the city, take the New York Christmas Tour to view the giant crystal snowflake at Tiffany’s, Radio City Music Hall’s decorations, and the Winter Village at Bryant Park. Once you’ve seen all the classic sights, try out New York’s Alternative Christmas Lights Night Tour to experience the holidays like a real New Yorker. 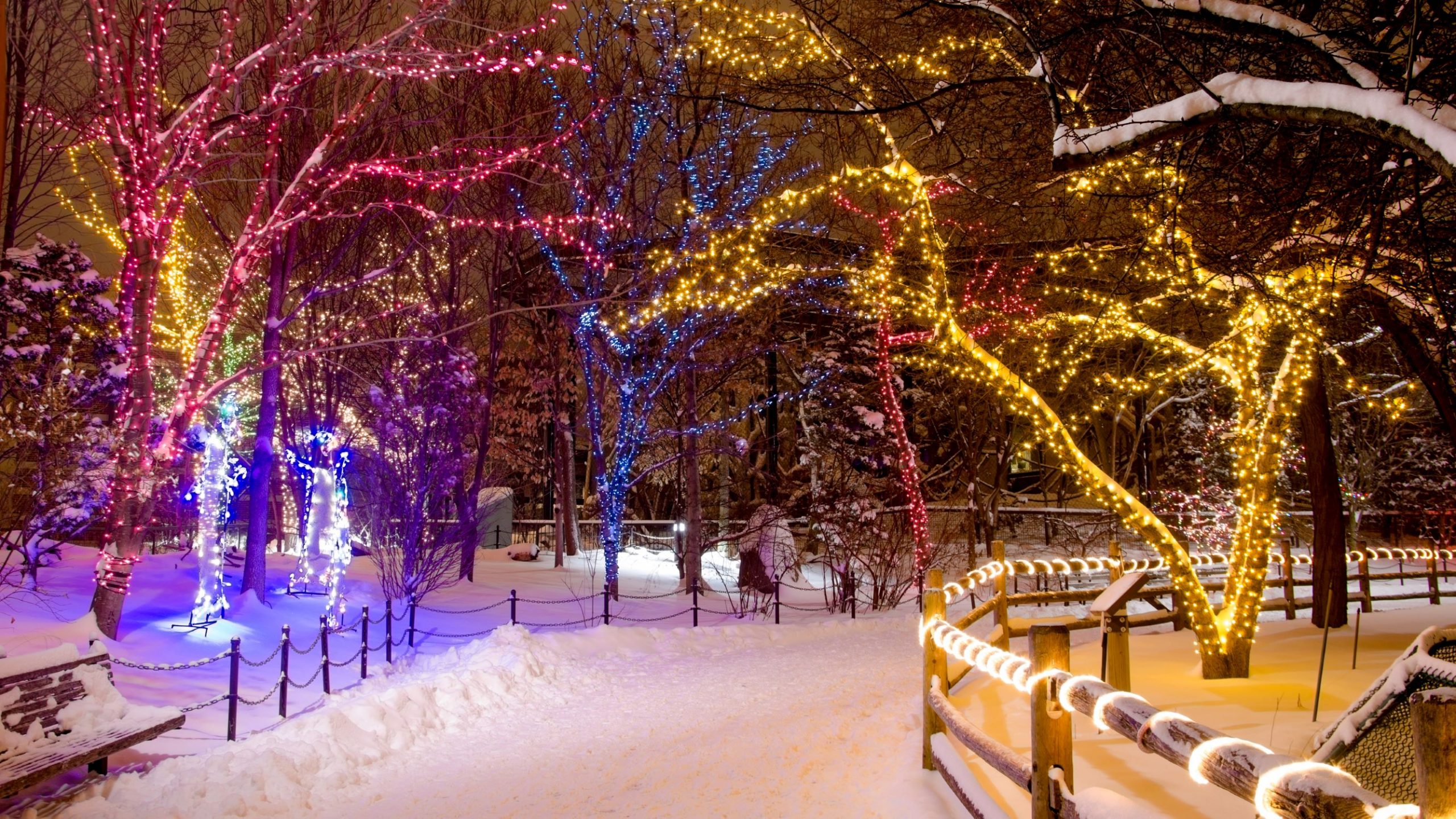 Experience the spirit and warmth of Christmas in diverse neighborhoods along Chicago’s lakeshore, where residents share their distinct heritage and special traditions. Wander through any neighborhood just outside of the Loop and you’ll find countless dive bars filled to the brim with locals celebrating. Join in with a shot of Jeppson’s Malört liquor, a uniquely flavored gift from Chicago’s Swedish immigrants.  A quick trip to the heart of downtown brings you to the German Christmas market, which was inspired by Nuremburg’s Christkindlmarket. Grab a bratwurst and a mug—or two—of mulled wine, and then revel in the holiday cheer. If you want a deeper understanding of the origin of these festivities, check out the Chicago Holiday Lights Trolley and Christmas Market Tour, which takes you through the Magnificent Mile holiday lights display and along the Chicago River. 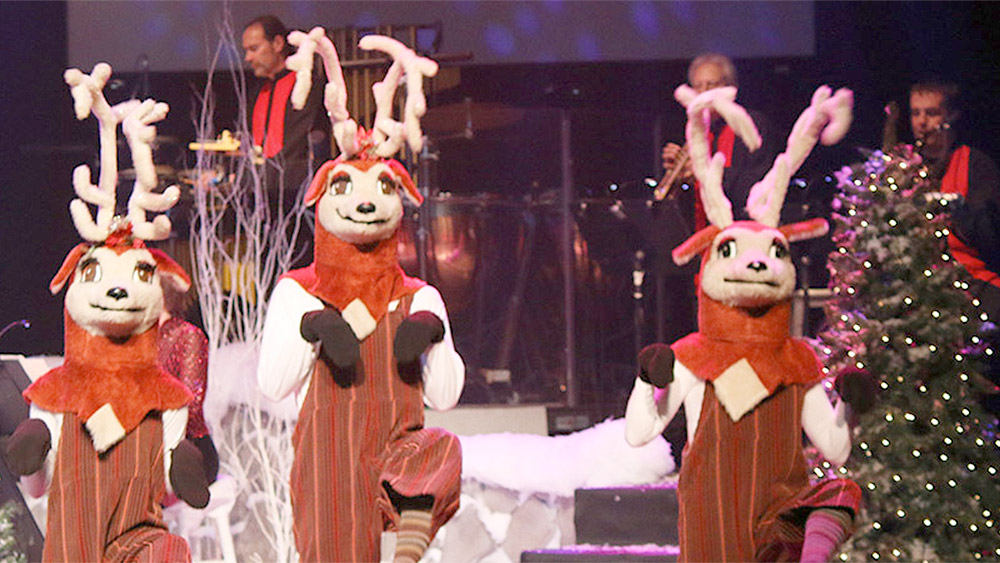 One state over from Chicago, you can find even more Midwestern charm in the epicenter of family-friendly holiday things to do—Branson. And nothing says Christmas in Branson quite like the Andy Williams Ozark Mountain Christmas, which has been delighting fans with captivating performances of Christmas songs for nearly 50 years. Though Andy “Mr. Christmas” Williams passed in 2012, he still makes a regular appearance at his show thanks to the marvels of modern technology. Keep the holiday cheer going with a VIP tour of Christmas lights throughout Branson, where you can discover the the city’s one-of-a-kind nativity scenes. Then, close out the night with a cup of hot cocoa at the historic Branson Hotel. 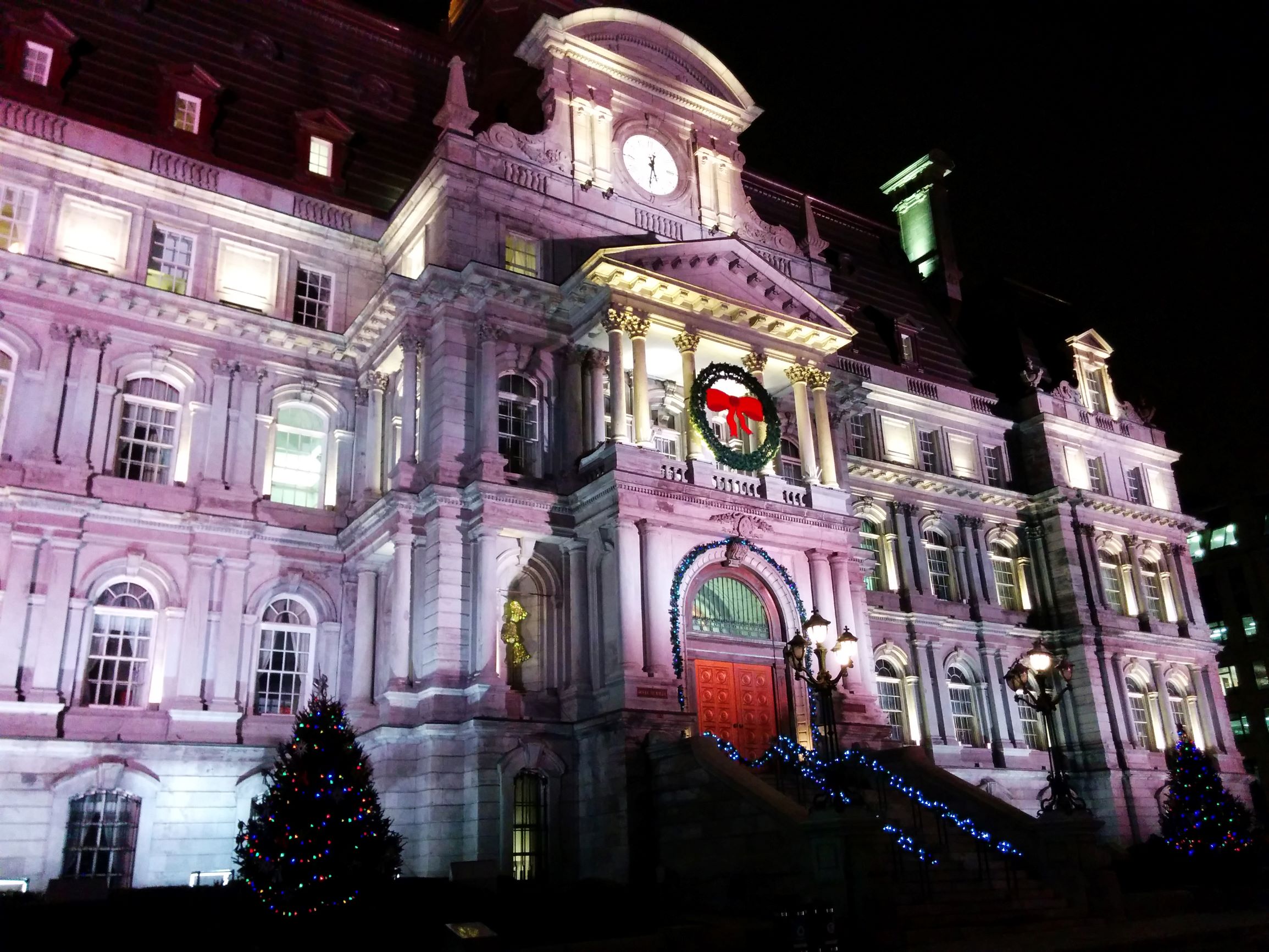 If you want a taste of European Christmas without leaving North America, go to Montreal. Venture down the cobblestone streets of the Old Montreal neighborhood and wander through Bonsecours Market to see the French-Canadian holiday traditions on display—and don’t forget to sample all the chocolate treats. To discover the stories behind the twinkling lights, take a guided tour through Old Montreal and wander the snowy streets, admiring marvelous window displays along the way. After your guide leads you through the Santa Claus exhibit at Montreal’s World Trade Center, stop by the well-lit Notre-Dame Basilica to enjoy the true spirit of the season—and maybe even hear some Christmas carols. 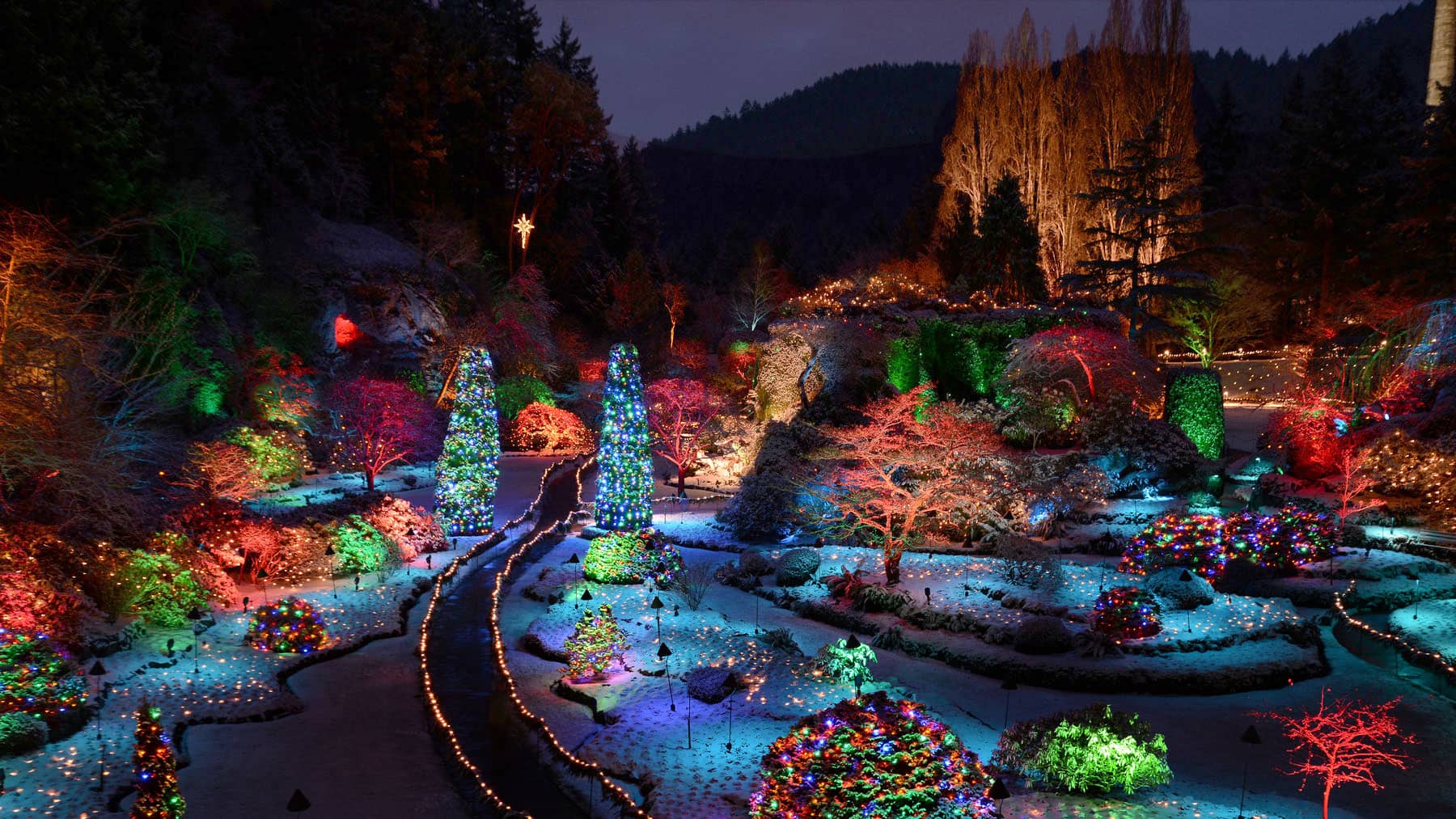 Victoria, also known as The Garden City, is a perfect small-city Christmas destination. Set on the southern tip of Vancouver Island, Victoria’s classic architecture, small waterfront downtown, and cozy cafes give it a Hogsmeade-at-Christmas vibe. Instead of loading your car onto a ferry, take the easy way out with a guided tour of the best holiday locations in Victoria. Experience the wonder of the Magic of Christmas displays at the lush (even in winter) Butchart Gardens. Spot all the festive wreaths, join the chorus of cheery carolers, and even take to the ice at a skating rink. 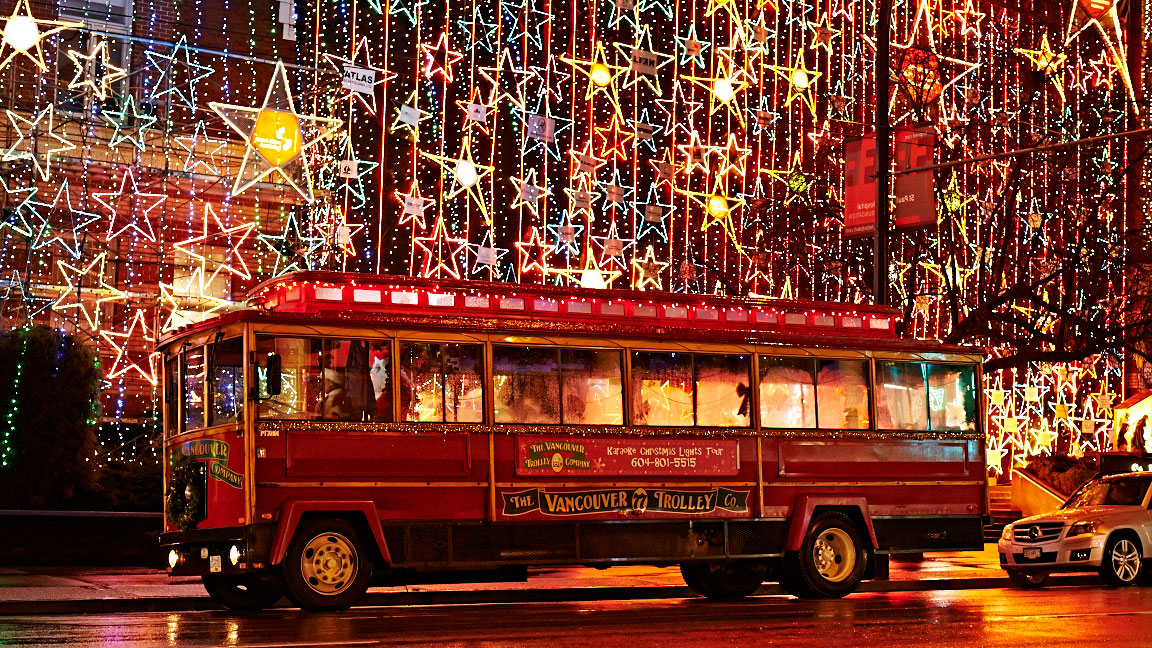 Whether you’re always in a Christmas mood or you were inspired by watching the Murdoch Mysteries Christmas special, there are so many quintessentially Canadian Christmas things to do in Vancouver. Take to the streets of Vancouver for a night of merriment and jollity with a trolley ride through the city. Sing along to your favorite Christmas carols as you pass the magnificently adorned Stanley Park and its 3 million twinkling lights. Next up is VanDusen Botanical Garden and its Festival of Lights, a fairy tale-like holiday display set in a snowy forest lit up by thousands of bulbs that dance to both traditional and rocking seasonal tunes. Once you’ve had your fill of botanic illuminations, complete the evening with a warm cup of hot cocoa from one of the city’s premier purveyors like Koko Monk Chocolates.

6 things to know before making holiday travel plans this year

The 8 Best Christmas Markets in Germany

What to see at Disney Parks this holiday season

Sharing tips for your holiday getaway to Disney