Heat things up and spark imagination on January 16 by celebrating Appreciate a Dragon Day. Stroll through the enchanting streets of the Slovenia’s Dragon City, admire elegant, long-whiskered dragons adorning rooftops and walls in China’s Forbidden City, and set sail to encounter fearsome Komodo dragons in the wild. These scaly beasties appear in different forms across cultures and around the world, so we’ve marked the map with some of the best places to see dragons. 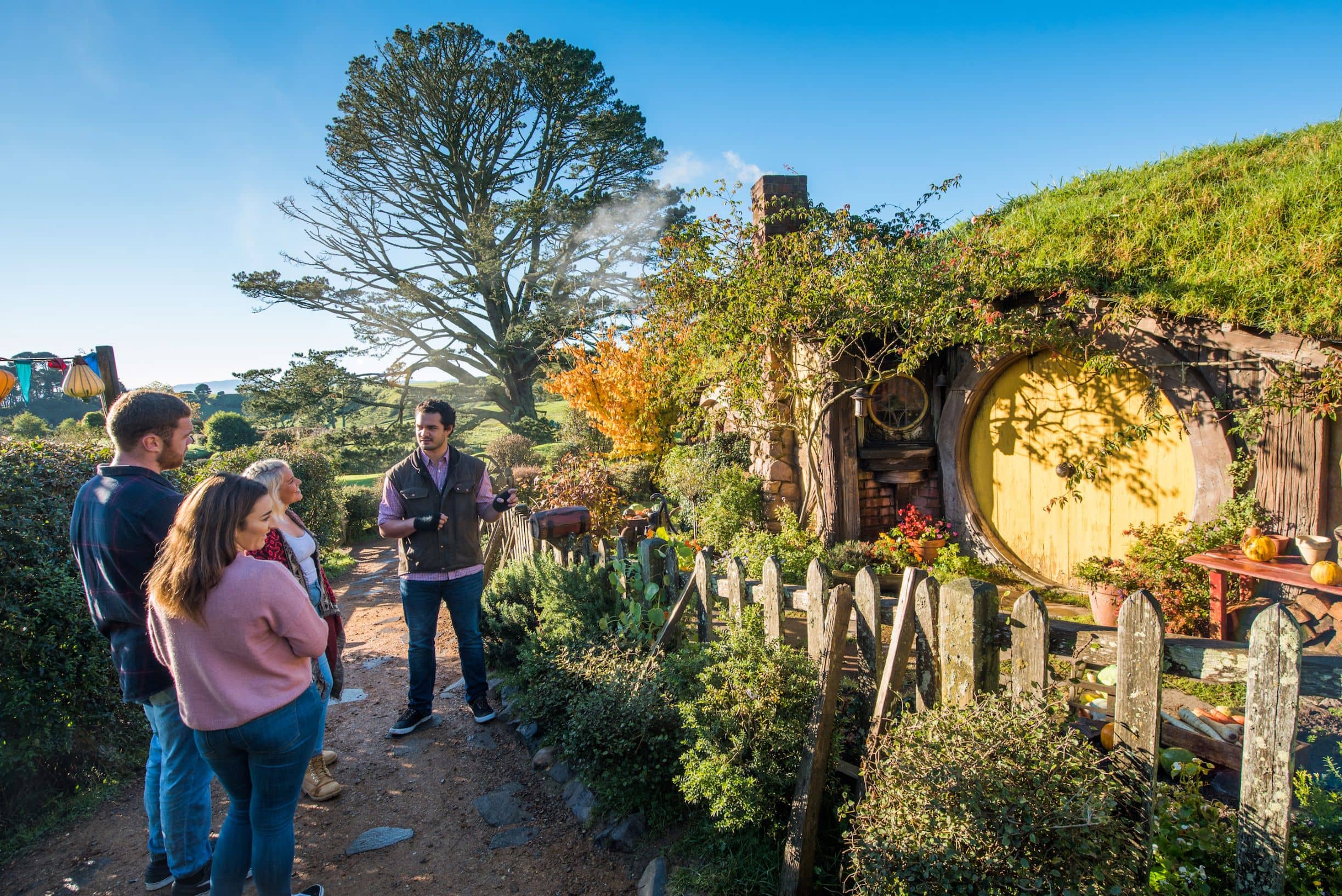 Appreciate a Dragon Day, founded by author Donita K. Paul, celebrates literacy and the dragons that capture readers’ imaginations. Thanks to movie magic, you can appreciate some of your favorite literary dragons in real world locations. Journey to New Zealand for a Middle-earth adventure and raise a tankard of ale to Smaug in Hobbiton’s Green Dragon Inn. At Universal Orlando, relive the magic of the Harry Potter series while shopping in Diagon Alley and watch out for the fire breathing dragon atop Gringotts Wizarding Bank. Or channel your inner Targaryen as you walk the streets of King’s Landing on a Game of Thrones tour of the Croatian city of Dubrovnik. 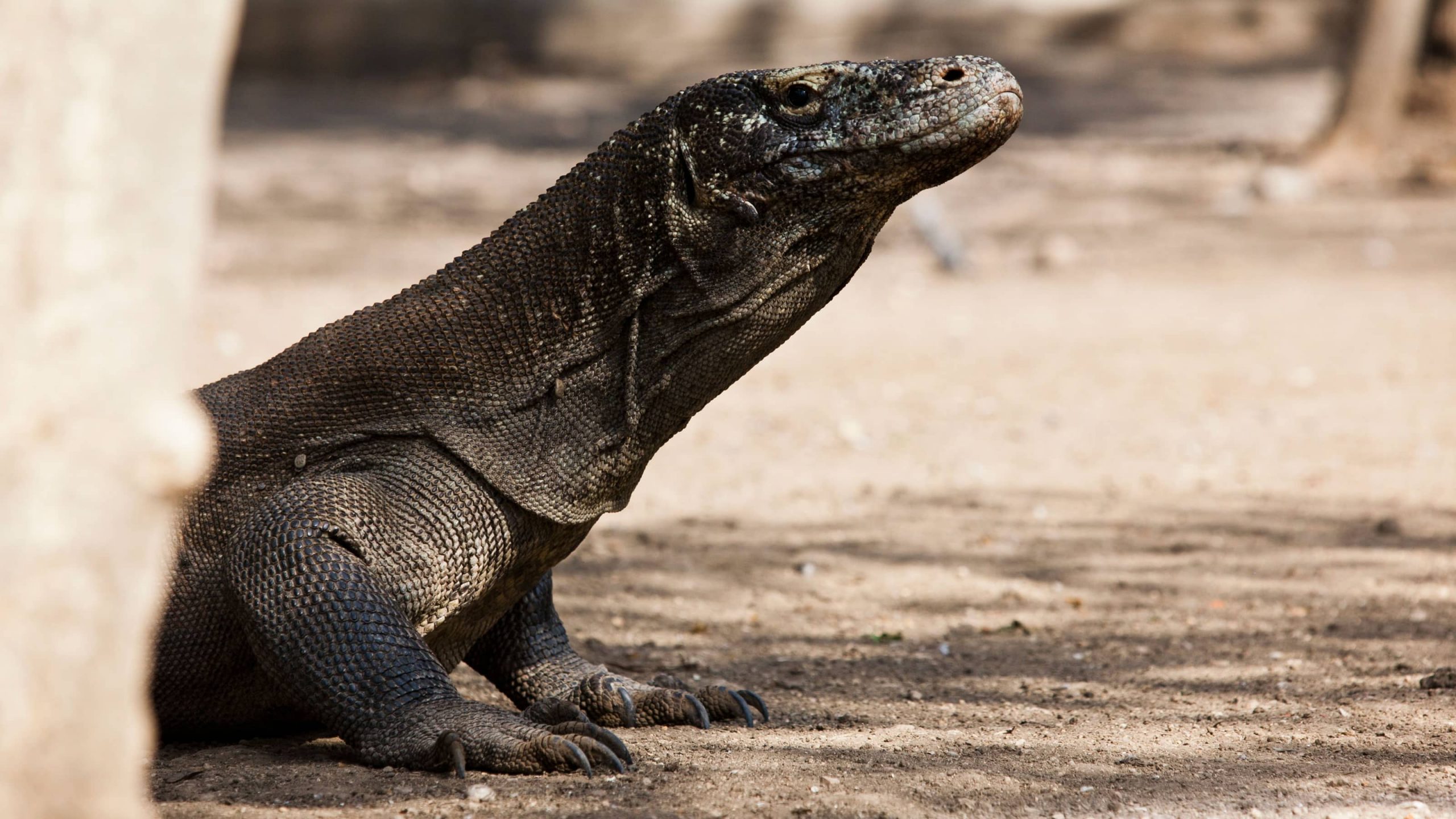 Enter the realm of wild dragons as you hike with a ranger through Komodo National Park in Indonesia. Growing up to 10 feet (3 m) long and weighing up to 300 pounds (140 kg), these formidable reptiles occupy the spot of top predator on their island home. During your trek in dragon country, keep your eye out for Timor deer, water buffalo, and long-tailed monkeys. Komodo dragons live on only a few small islands in Indonesia, so make the most of your draconic adventure with a multi-day boat tour. 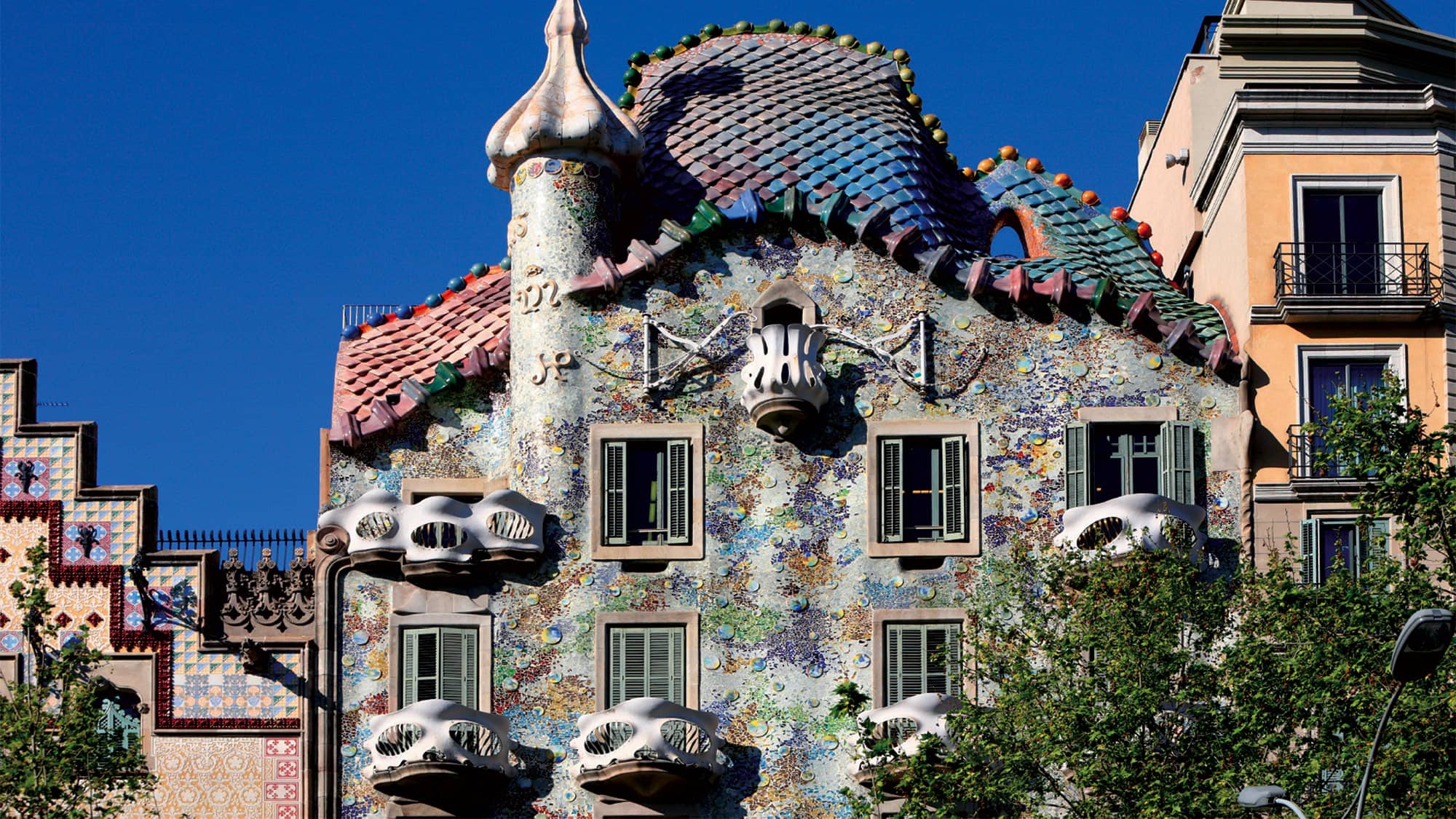 If you’re a mother or father of dragons, then gather up your hatchlings for a family-friendly dragon spotting tour in Barcelona’s Gothic Quarter. But beware! The city’s draconic inhabitants aren’t confined to just the medieval buildings. Catalan’s famous modernist architect, Antoni Gaudí, often incorporated dragons into his fantastical architectural designs. A colorful, water-spouting dragon lurks near a stairway in Park Güell, and dragon scales cascade across the rooftop of Casa Batlló. Try your hand at your own whimsical artwork with a Gaudí-style mosaic workshop. 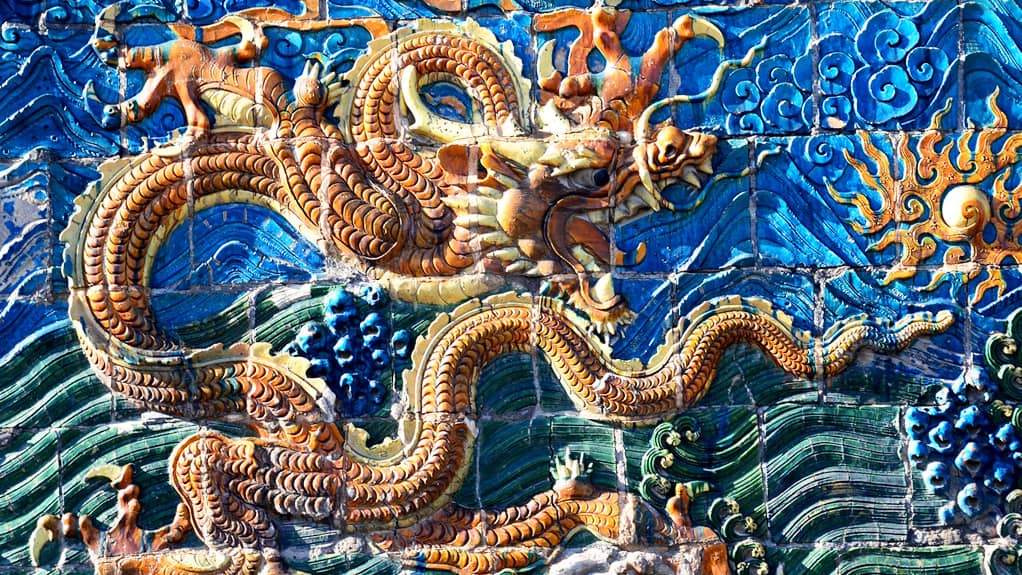 Garner some good luck by appreciating the benevolent orange, red, blue, and white serpentine dragons that splash in emerald waves against a cobalt sky on the ancient Nine Dragon Screen Wall in Datong, China. Symbolizing fortune, power, and strength, dragons with five toes represented the Emperor during Imperial China, and you can find these majestic creatures adorning rooftops and walls throughout the Forbidden City in Beijing. Travel to China during the Chinese New Year Festival to see dragon dancers in the streets or in May or June for thrilling Dragon Boat races. 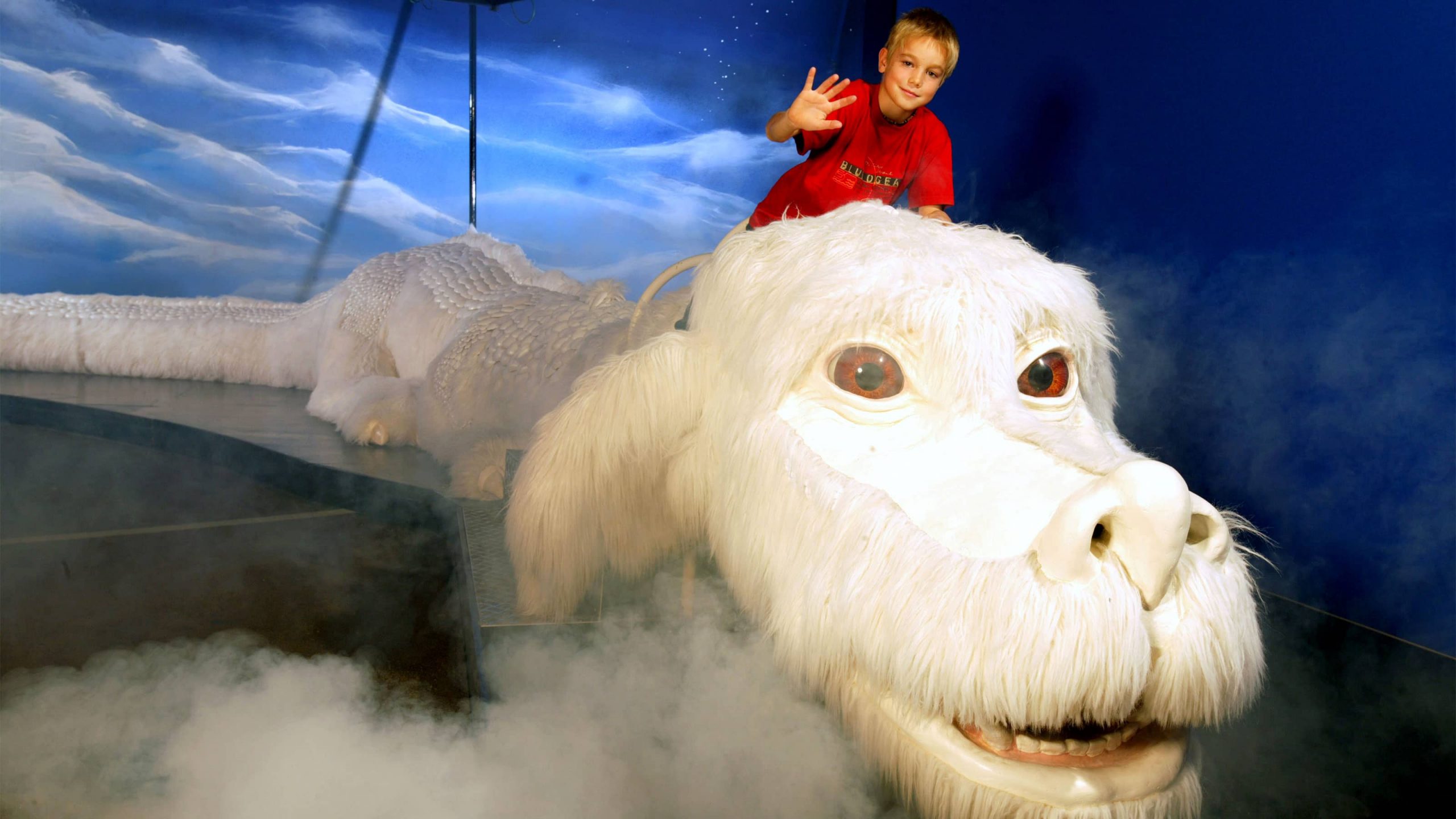 Between quaint medieval towns and towering castles, the mountainous lands of Bavaria, Germany are filled with legends of dragons. In Munich, check out Bavaria Film City, where The NeverEnding Story movie was shot, for a personal encounter with Falkor the luckdragon. Head to the town of Furth in August to watch Germany’s oldest folk play the Drachenstich or Spearing the Dragon. The show features a female knight on horseback and a huge fire-breathing dragon that ranks as the world’s largest walking robot. Be sure to check out the Furth Dragon Museum while you’re in town.

The Dragon City of Slovenia 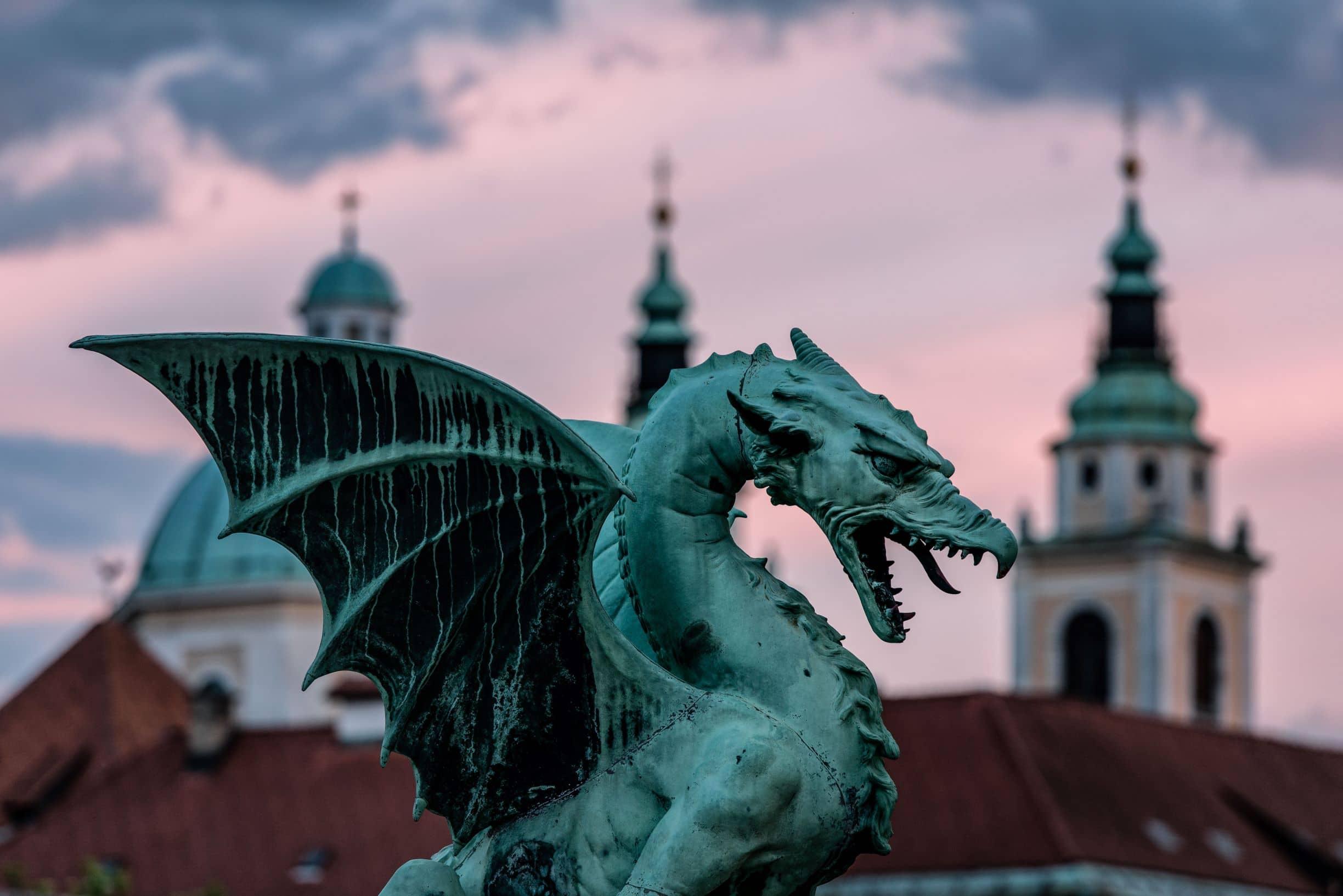 A fearsome green dragon bares sharp teeth as you walk across the iconic Dragon Bridge in the Dragon City also known as Ljubljana, the capital of Slovenia. But don’t worry, the resident dragon was slain here years ago by the Greek hero Jason and sorceress Medea. Strolling around this enchanting town, you’re likely to spy dragons on everything from manhole covers to the city’s coat of arms, which features a dragon atop the highest tower of Ljubljana Castle.

If you’re looking for an escape from daily life but can’t travel right now, head to Barcelona on a virtual tour to explore history, art, and architecture.

Top things to do in Barcelona for soccer fans

Looking to book a soccer vacation? Follow in the footsteps of FC Barcelona and discover the best things to do in Barcelona for soccer fans!

How to Spend a Weekend in Barcelona

Discover the best way to spend a weekend in Barcelona to see all the best attractions and enjoy your trip.