Ghosts, Vampires & Voodoo: The Supernatural Side of New Orleans

Feel the presence of the paranormal as you wander the French Quarter, where dark secrets and ghosts lurk behind every corner. From eerie tours of graveyards to the spooky displays of the Voodoo Museum, you’ll find tons of things to do in New Orleans that feed your hunger for spine-chilling thrills. Perhaps you’ll even have a New Orleans supernatural sighting of your own. 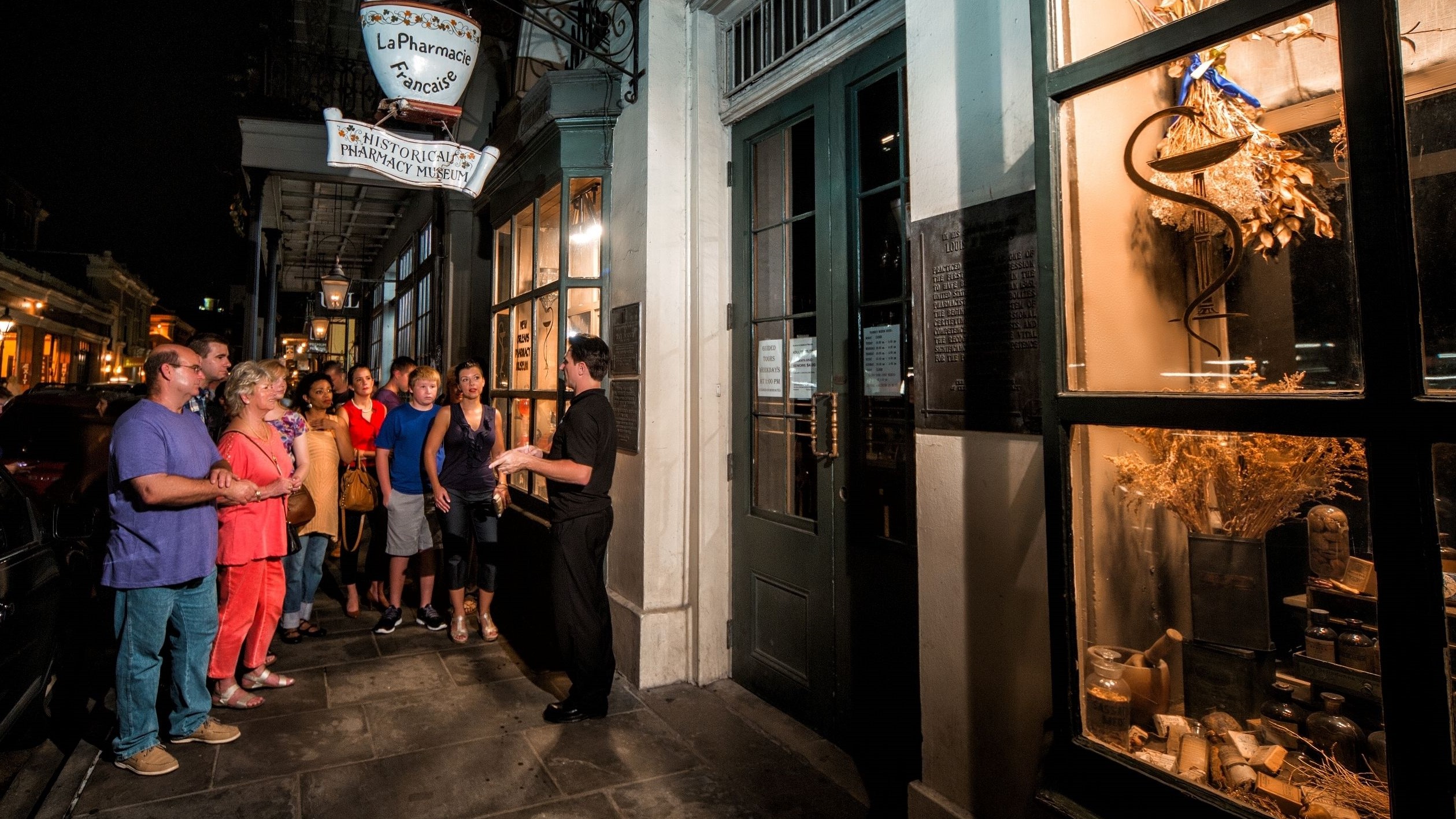 With its dimly lit streets, weathered mausoleums, and centuries-old buildings, there’s a reason the French Quarter is considered the most haunted neighborhood in the country. Join a local guide from Gray Line New Orleans for a tour into the world of the supernatural as you visit the locations of documented sightings and unexplained events.

Each guide has done their own research and experienced their own spooky activity, so there’s no telling exactly what you’ll witness on this tour. Perhaps you’ll learn about the priest who haunts St. Louis Cathedral, the 3 spirits who appear at O’Flaherty’s Pub, or the ghost named Julie who waits for her lover in a house-turned-psychic shop. Along the way, see relics from ancient voodoo rituals and age-old tools of the trade used by the city’s mysterious inhabitants. 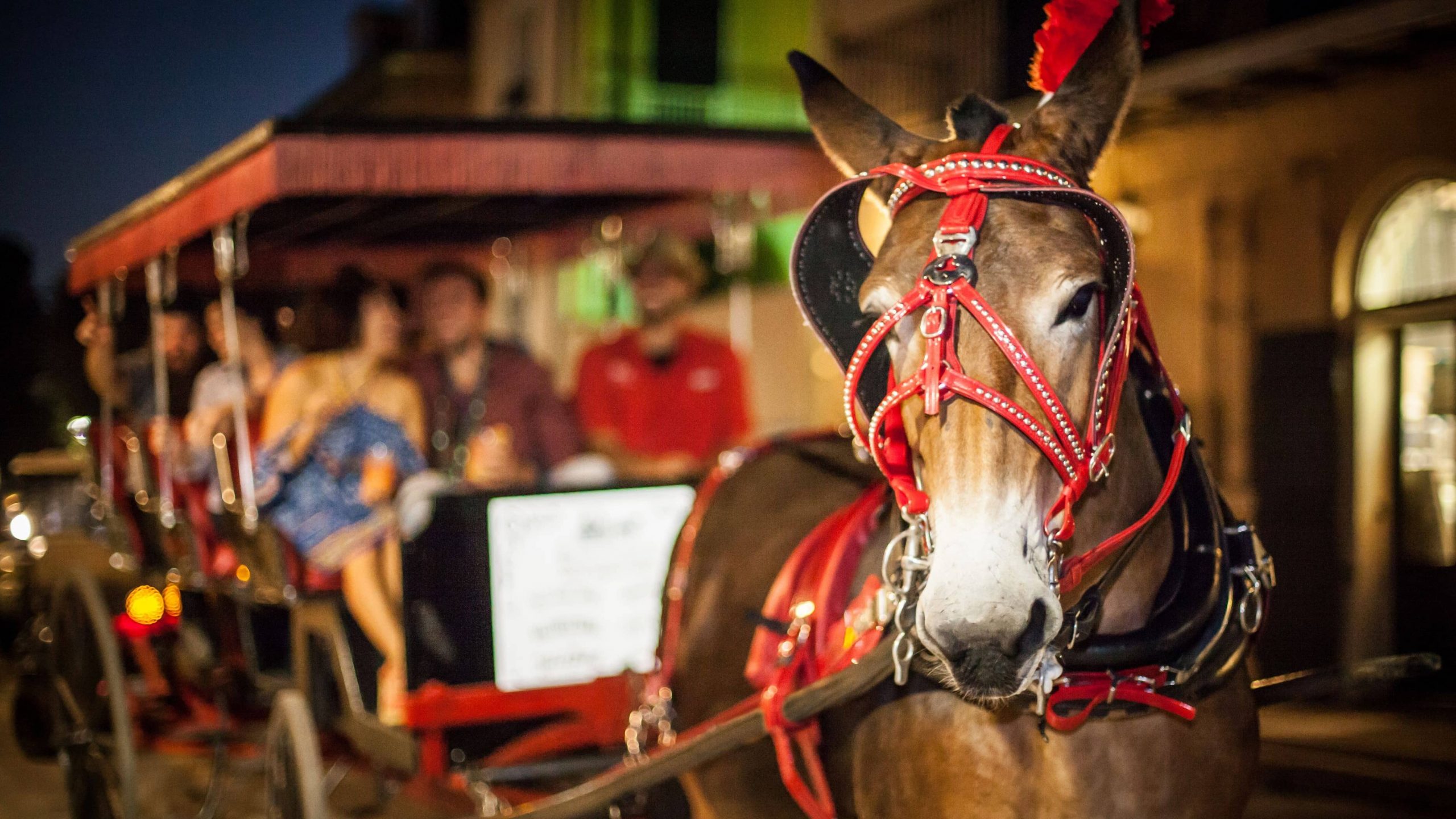 Travel back in time as you clip-clop through New Orleans’ historic and haunted French Quarter on a mule-drawn carriage tour at night. After darkness falls, roll past spirit-inhabited hotels, a séance-hosting restaurant, and a gorgeous mansion with a blood-stained past. Rest your feet as your guide shares stories about the history, culture, and architecture of the French Quarter along with chilling and thrilling tales of the supernatural in New Orleans. The spooks on this tour are mild enough for kids to enjoy as one of New Orleans’ family-friendly activities. 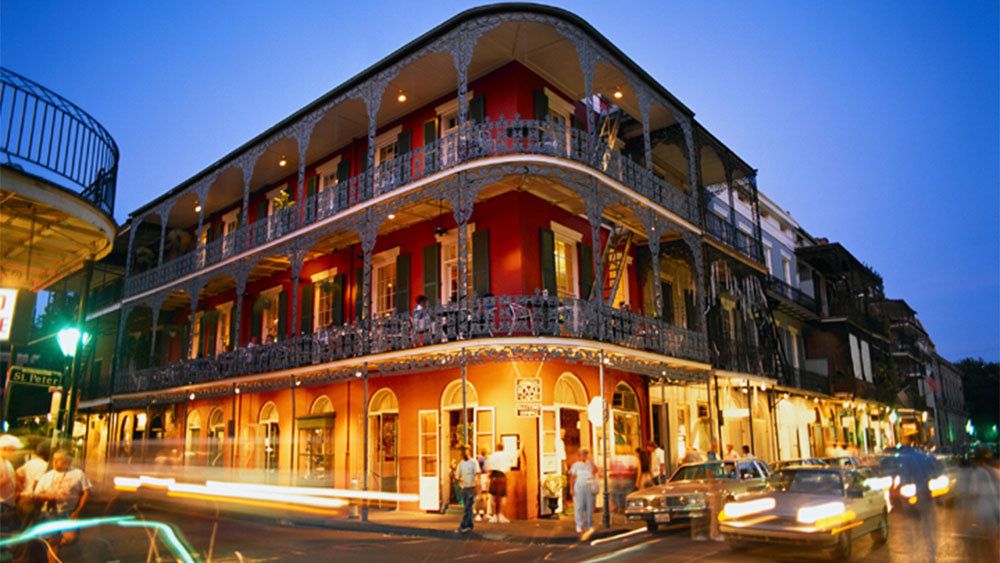 It’s not just ghosts that wander the streets of the French Quarter—the area was once and still is home to many of our fanged friends. Journey into the world of vampirism in NOLA that dates back hundreds of years. Hear fascinating and terrifying tales of the city’s first undead, and the community of real-life blood-drinkers that live here today. Stay close to your guide as you travel to creepy locations used in the film Interview with the Vampire, and make a stop at the dimly lit bar known by locals as Vampire Tavern, where photography is definitely not allowed. 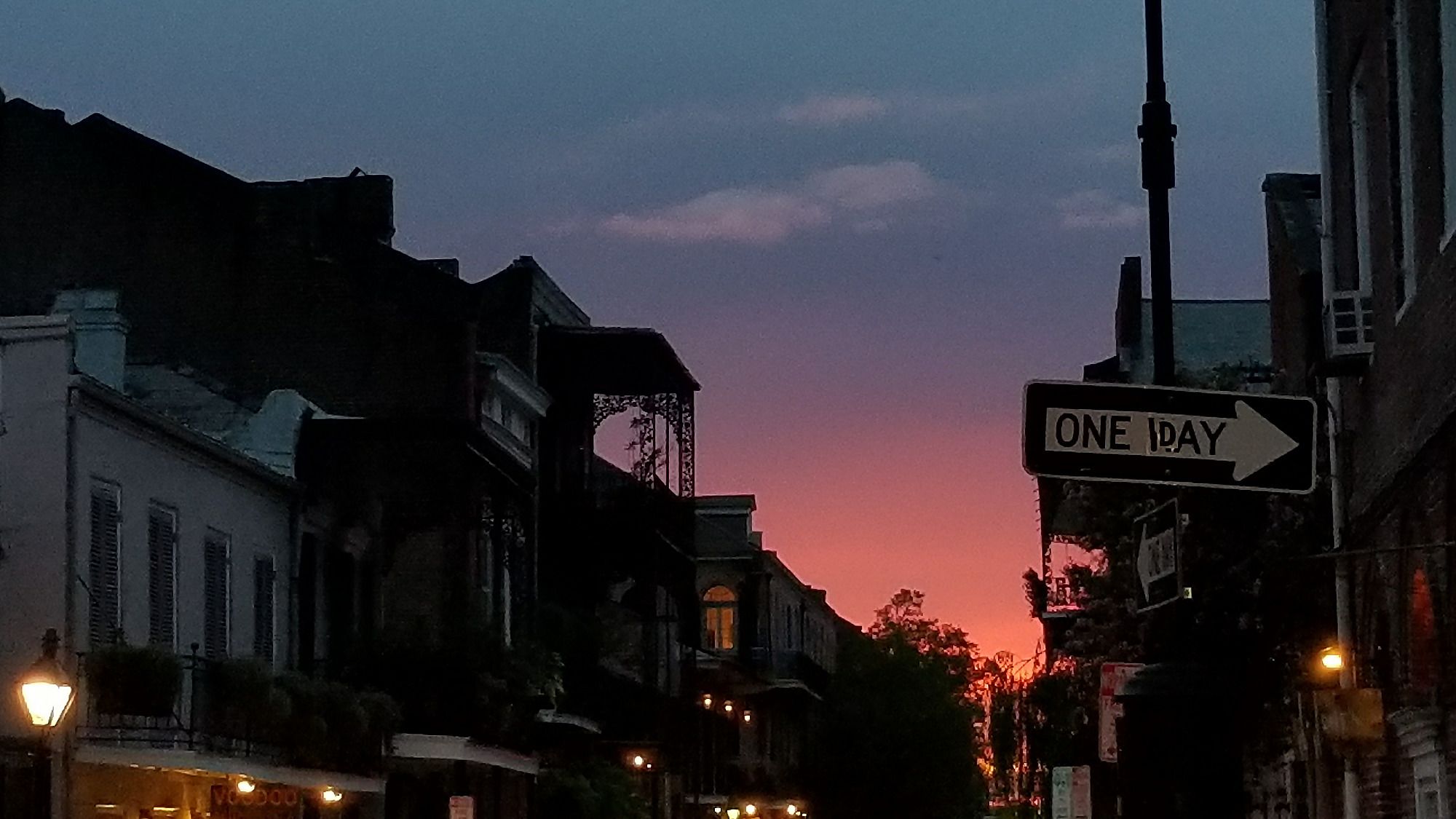 There are plenty of gut-twisting things to do in New Orleans, but if you really want to test your mettle, take a true crime tour so ghastly it’s adults-only. Certainly not for the faint of heart, this tour delves into the most gruesome stories in the city’s history. Pass by the infamous LaLaurie Mansion, once home to a sinister socialite who tortured and murdered her slaves—keeping their body parts for souvenirs. Hear the unsettling tale of the Katrina Cannibal and stand in the spot where the brutal Trunk Murders of 1927 took place. You might need a stiff drink at the end of this all-too-real crime tour. 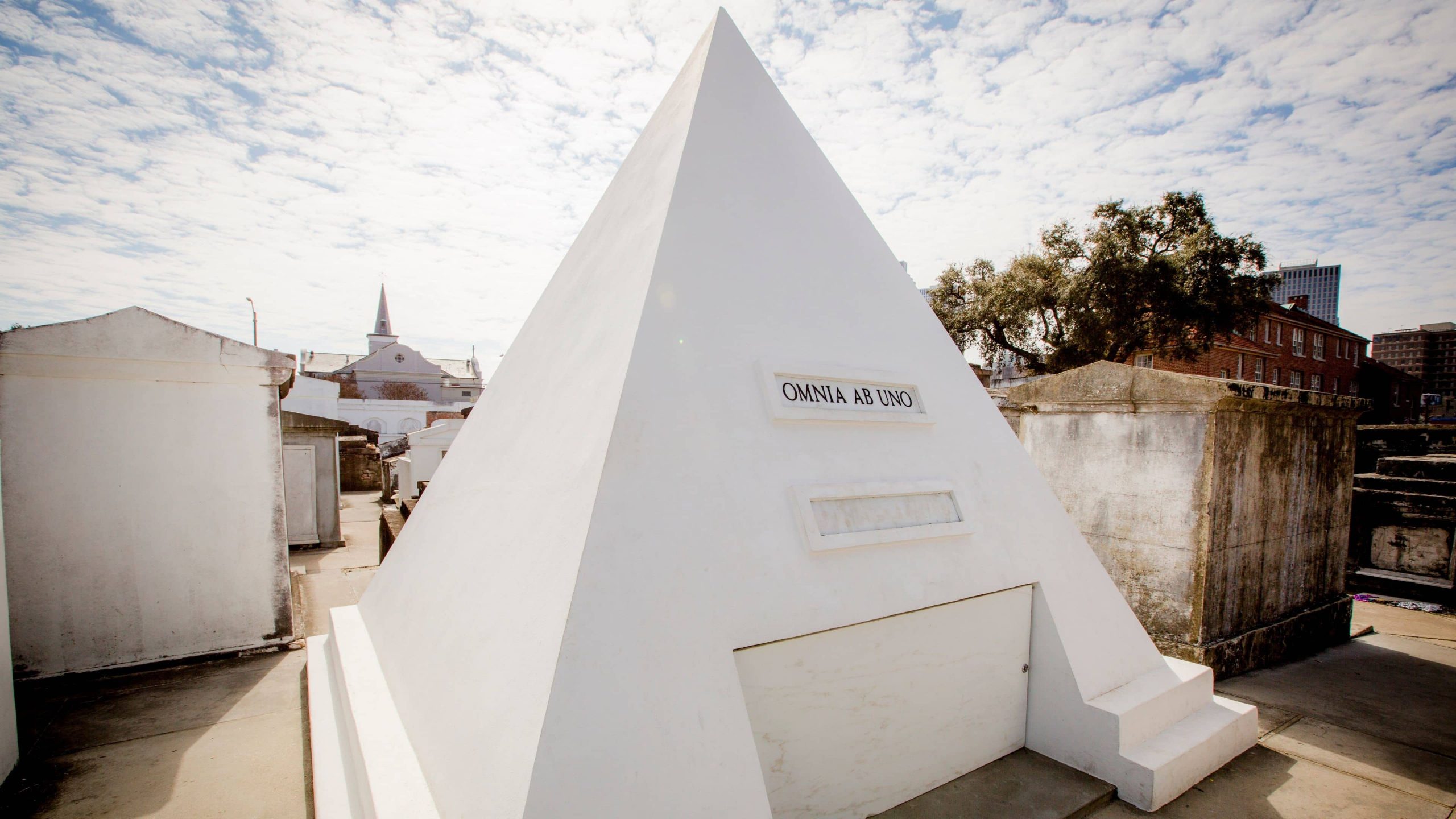 Simultaneously spooky and serene, St. Louis Cemetery No 1. is the oldest graveyard in the city and home to the tombs—and spirits—of many notable and notorious names. To enter this active cemetery, you need to go with a licensed guide. Roam through a labyrinth of dilapidated mausoleums, whose storm-battered and moss-overgrown appearance only adds to the eerie appeal. Feel a chill run down your spine as you pass the final resting place of voodoo queen Marie Laveau, who’s said to still wield power from beyond the grave. Tip-toe lightly as you tread by the marker of murderous Madame LaLaurie, and even stop to see the future burial site of actor Nicolas Cage. 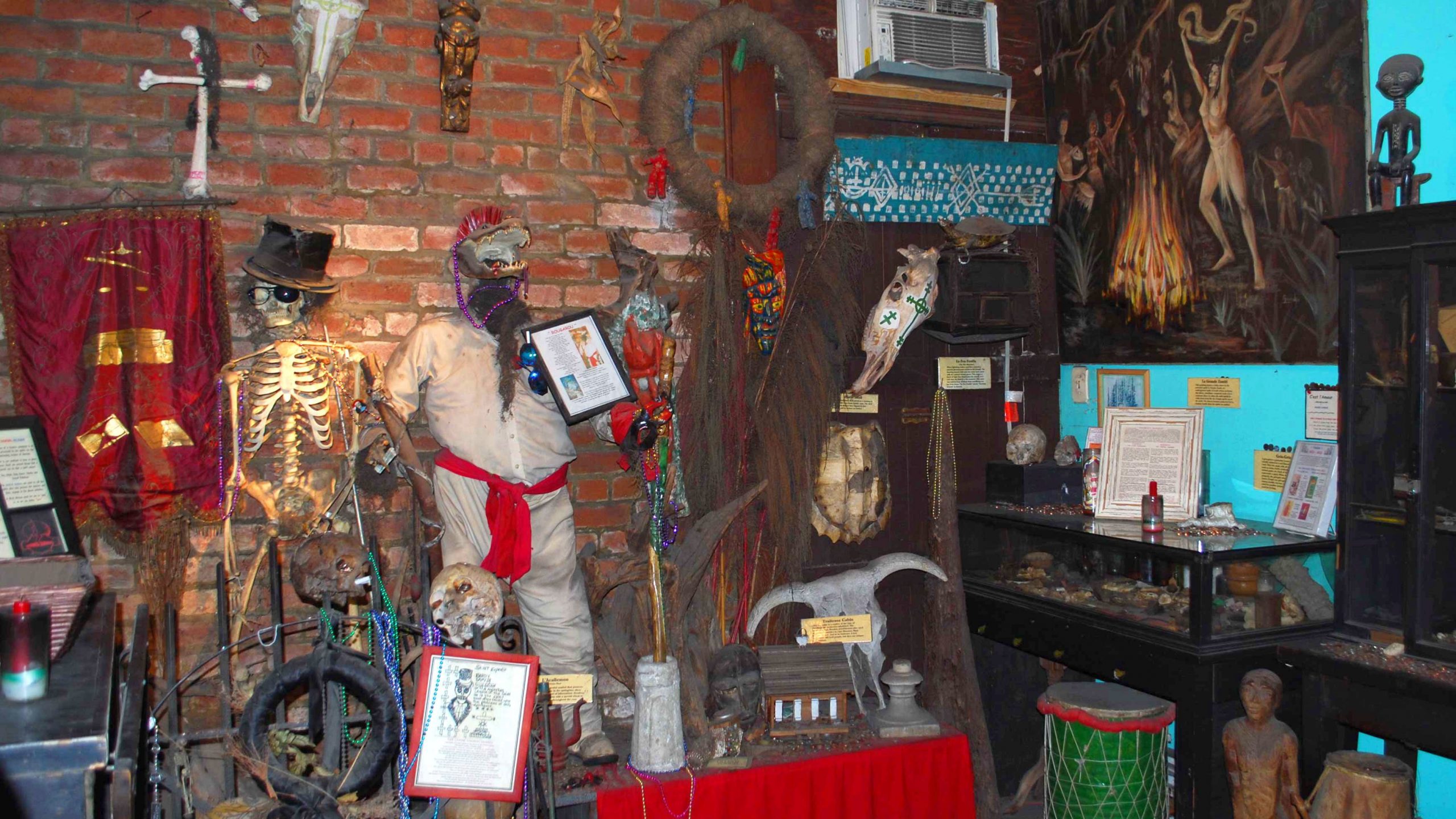 Few traditions are more mysterious and misunderstood than Louisiana Voodoo. With a practitioner from New Orleans Secrets leading the way, uncover the captivating culture and creed of the 300-year-old religion. First, dive into the life of voodoo priestess Marie Laveau, whose tomb is still visited by believers to this day. Next, head to the historic Voodoo Museum to see talismans, tribal masks, and dolls used during spiritual ceremonies. Finally, chat with modern practitioners at the Voodoo Authentica temple in the heart of the French Quarter. If you’re feeling especially curious, enjoy time to shop for potent candles and powerful potions to take home with you.