In a city known for literally blowing things up—the town’s numerous building implosions have been hugely lauded affairs, it’s almost a surprise that there’s any history left. But if Sin City’s also known for its novelty, you better believe there are still plenty of places to go and things to do in Las Vegas to sate even the most hardcore history buff.

Founded in 1905, Las Vegas originally began as a ranch and railroad outpost. In its brief history, the area has undergone phenomenal growth, thanks to the legalization of gambling in 1931 and the construction of nearby Hoover Dam, which helped the region avoid economic downfall during the Great Depression. By the end of World War II, glitzy hotels, bright lights, and spectacular entertainment became synonymous with Las Vegas, drawing big-name stars like Frank Sinatra and Bing Crosby.

While today, most visitors reserve their activity for the Las Vegas Strip, the city’s sparkling scene didn’t begin there but in the northern neighborhood of Downtown. Here, for fans of old-school signs, retro lounges, and all the other kitsch associated with the early days of Vegas, there’s tons to explore. Let us break down the best spots to stay, places to eat, and things to do in Las Vegas that will take you back to yesteryear. 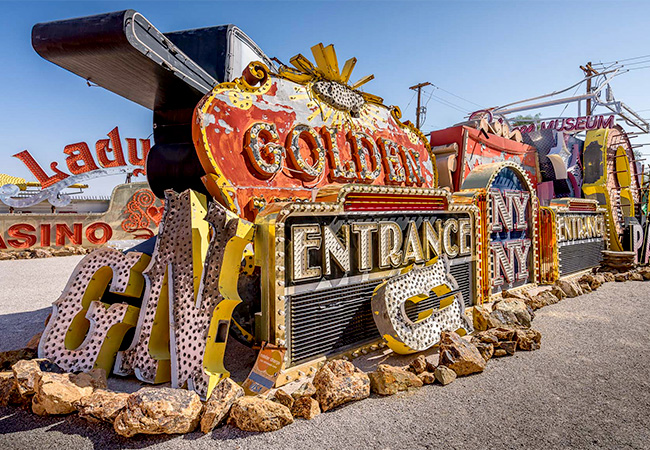 El Cortez Hotel and Casino
Built in Spanish style in 1941, the El Cortez is the longest continuously running hotel and casino in the city. Though it’s had to roll with plenty of changes through the years, the hotel has managed to make upgrades while still preserving its vintage vibe. In 2013, it became the only casino still standing to join the National Register of Historic Places.

Main Street Station Hotel and Casino
For fans of the Wild West, few hotels are as attractive as the Main Street Station Casino. Though the spot as it is today has only been around since the mid-1990s, the “Jewel of Downtown Las Vegas” boasts a Victorian-era ambiance, with rich wood, antique gas lamps, and pounded tin ceilings.

Golden Gate Hotel and Casino
Located at 1 Fremont Street, the Golden Gate Casino is housed inside the city’s oldest operating hotel building. Today, the Dancing Dealers take the traditions of Vegas to a whole new level, harkening back to the flappers of the Roaring Twenties. 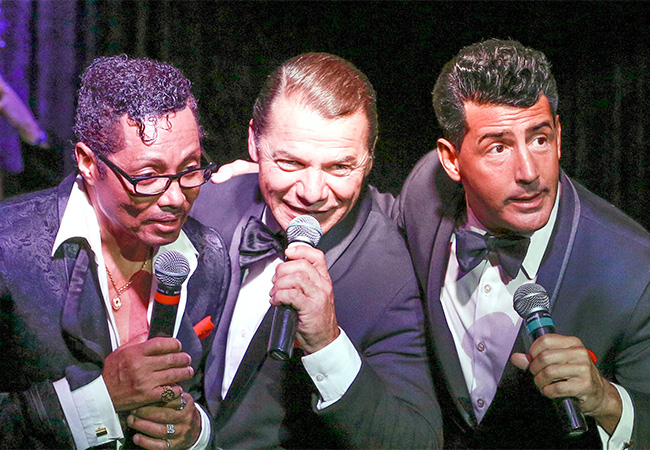 Downtown Past to Present Tour
Travel back in the time to the beginnings of Sin City on an outing with Las Vegas Walking Tours. See the city like you’ve never seen it before, uncovering fascinating facts and seedy scandals. With your expert guide leading the way, stroll the Glitter Gulch, scoping out sights like the famous Vegas Vic neon sign and the original horse outside the Hacienda Hotel.

Vegas Museums Tour
Speaking of signs, there may be no better place to see the preserved history of Las Vegas than at the Neon Museum. Here, in an ode to the town’s most iconic art form, neon signs and antique marquees have been put on display. On a tour led by Annie Bananie, you not only visit this attraction, but dive into the city’s notorious criminal past at the Mob Museum.

Frank Cullotta’s Casino Tour
Delve even further into the area’s captivating history of organized crime with Explore Vegas Now. Join ex-mobster Frank Cullotta, aka The Las Vegas Boss, for a tour through town to see the real-life sites of burglaries, murders, and other illegal activity from the ’70s and ’80s. Get an insider’s take on the 1995 film Casino, which was based on the lives on Cullotta and his friends.

The Rat Pack Is Back
Vintage-seekers will be all about The Rat Pack Is Back, an unforgettable stage show at the Tuscany Suites. Travel back to the golden age of entertainment as slick and stylish crooners delight you with renditions of beloved classics by Frank Sinatra, Dean Martin, and Sammy Davis Jr.

Vegas! The Show
Jubilee, the city’s longest-running showgirl show, recently come to an end, but you can still experience the kind of glitz and glamour the spectacular was known for. Take a trip down memory lane with Vegas! The Show, a must-see performance that celebrates Sin City’s legendary entertainment with bejeweled dancers, over-the-top musicians, and nostalgic songs.

WHERE TO EAT AND DRINK 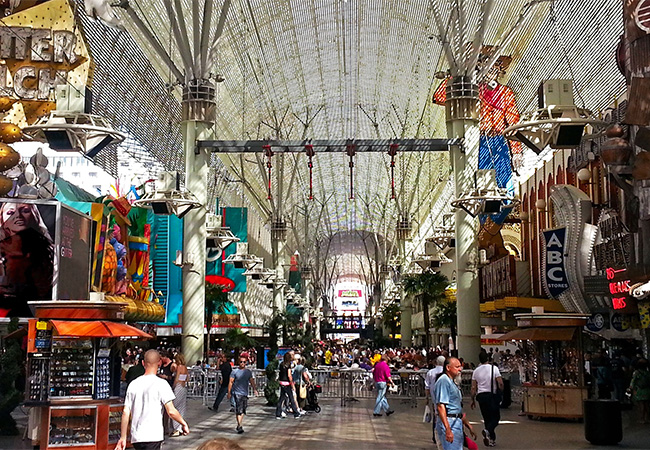 Atomic Liquors
Atomic Liquors, the oldest freestanding bar in Las Vegas, first opened its doors in 1945. By the early ’50s, when the Department of Energy began staging atomic bomb tests in the desert north of the city, the spot—then just a liquor store—was a popular place to buy booze and climb to the roof to watch the mushroom clouds in the distance. Today, it’s a far less dangerous experience. Order a drink at the bar and head to the spacious patio to hang with friends under the stars.