1996 was a big year. A computer beat a human at chess for the first time ever (then lost again—phew), Alanis Morisette won the Grammy for Album of the Year, Braveheart took home the Oscar for Best Picture, Dolly the Sheep was cloned, the O.J. Simpson trial began, the Nintendo 64 was released… oh—and Expedia.com came onto the scene.

To celebrate the 20-year mark, we rounded up a list our absolute favorite things to do. Read on to discover the 20 activities from around the globe that our customers love most, based on reviews. 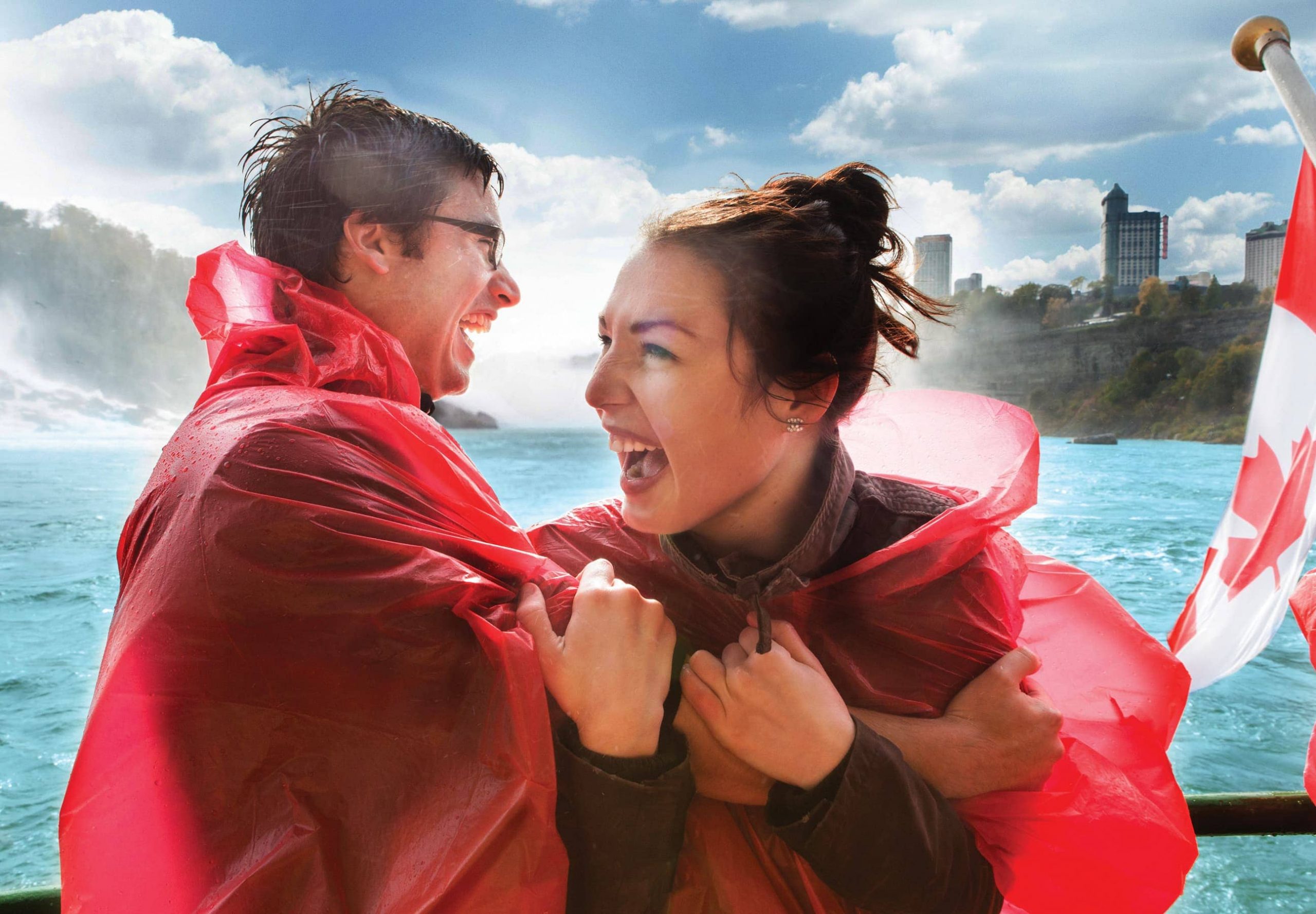 1.Voyage to the Falls: Feel the thundering power of Niagara Falls aboard a catamaran that gets you right up in the mist of this stunning natural wonder. Throw on a poncho and get ready to get wet as you take in unrivaled views of Horseshoe Falls, the American Falls, and Bridal Veil Falls. 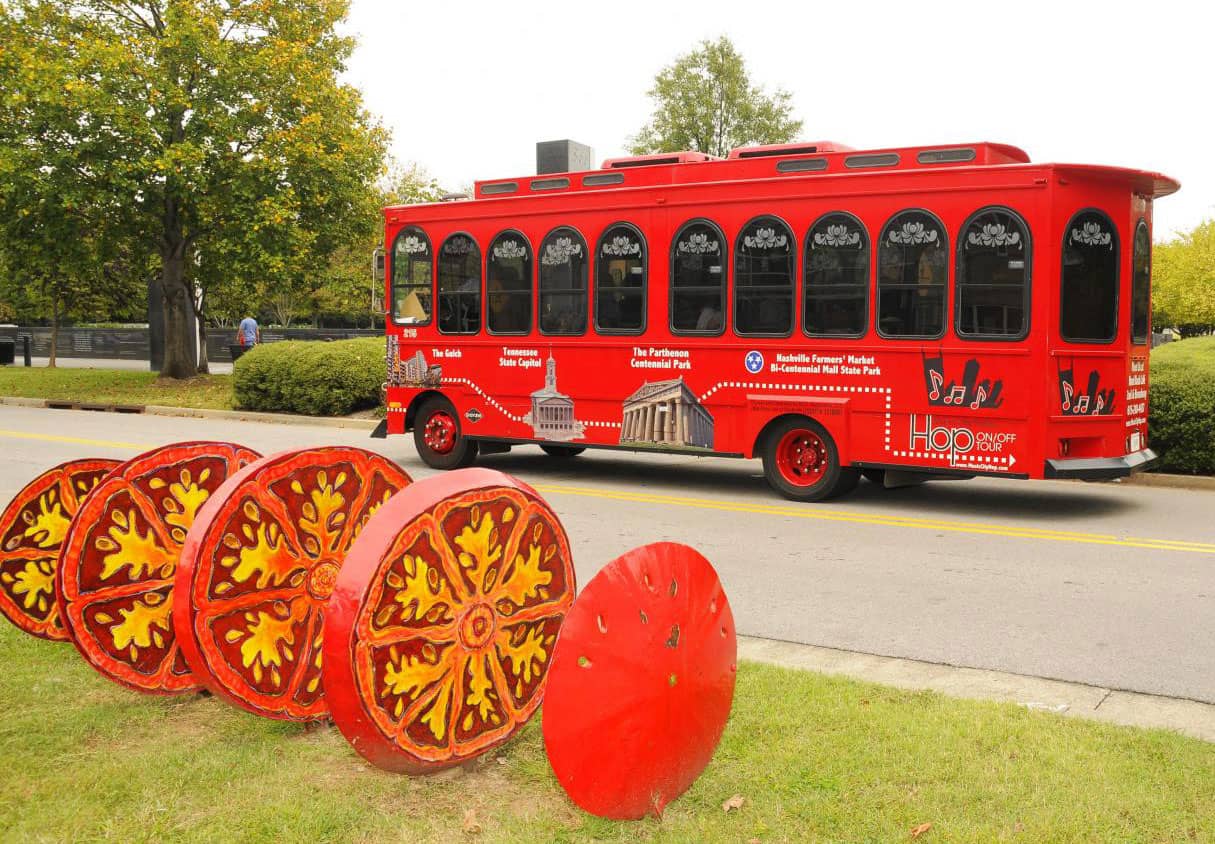 2. Music City Hop-On Hop-Off Trolley Tour: Scope out Nashville’s honky tonk bars, historic music venues, and landmarks like the Country Music Hall of Fame aboard a nostalgic, old-fashioned trolley. With the freedom to hop on and off and engaging commentary during the ride, you can choose to get a lay of the land on the trolley and disembark as you please to visit sites like the Johny Cash Museum and the Grand Old Opry. 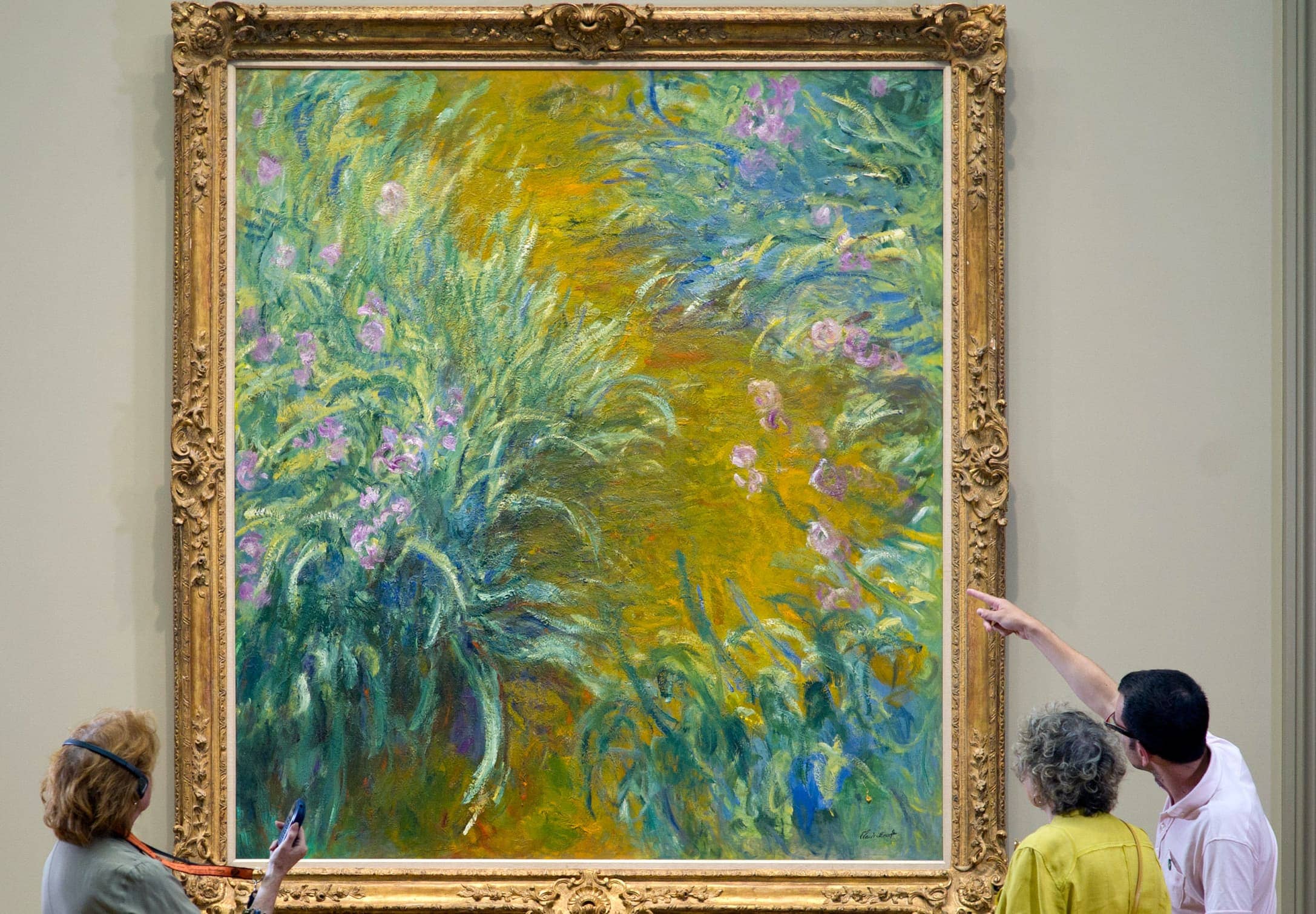 3. Metropolitan Museum of Art: You might not have gotten an invitation to this year’s Met Gala, but that doesn’t mean that you can’t experience one of the world’s most celebrated museums on a visit to the Big Apple. Admire master works from centuries past, see iconic paintings like Leutze’s Washington Crossing the Delaware, or just channel your inner Gossip Girl with a picnic on the museum’s grand steps. 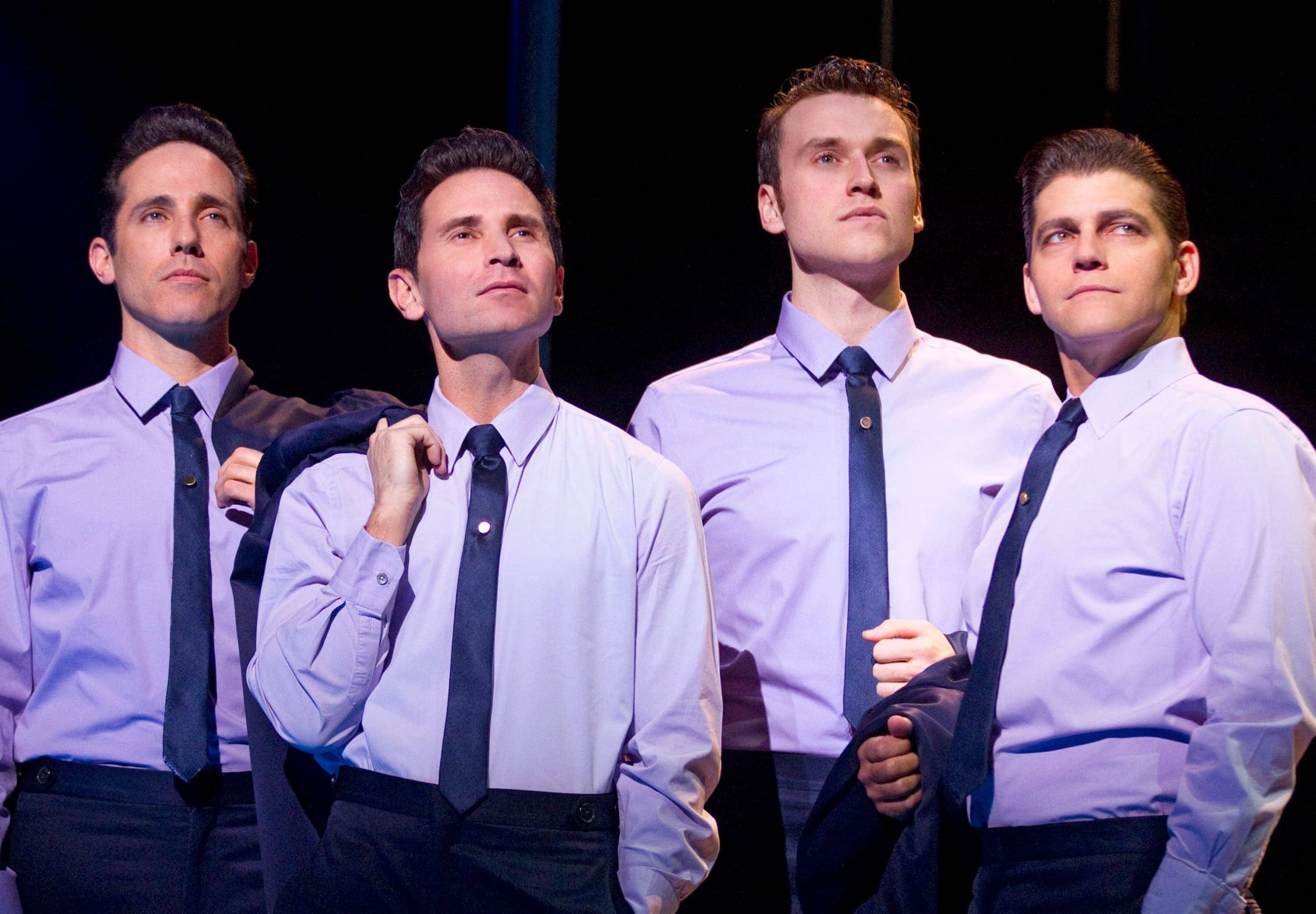 4. Jersey Boys: Relive the rags-to-riches story of the Four Seasons as you watch their memoir-turned-musical live on stage. Sing along to favorite tunes from the band’s extensive catalog, like “Big Girls Don’t Cry,” “Can’t Take My Eyes Off You,” and “Sherry,” and see why this Broadway hit had no problem bagging Tonys and a Grammy for its choreographed crooning and dramatic storylines. 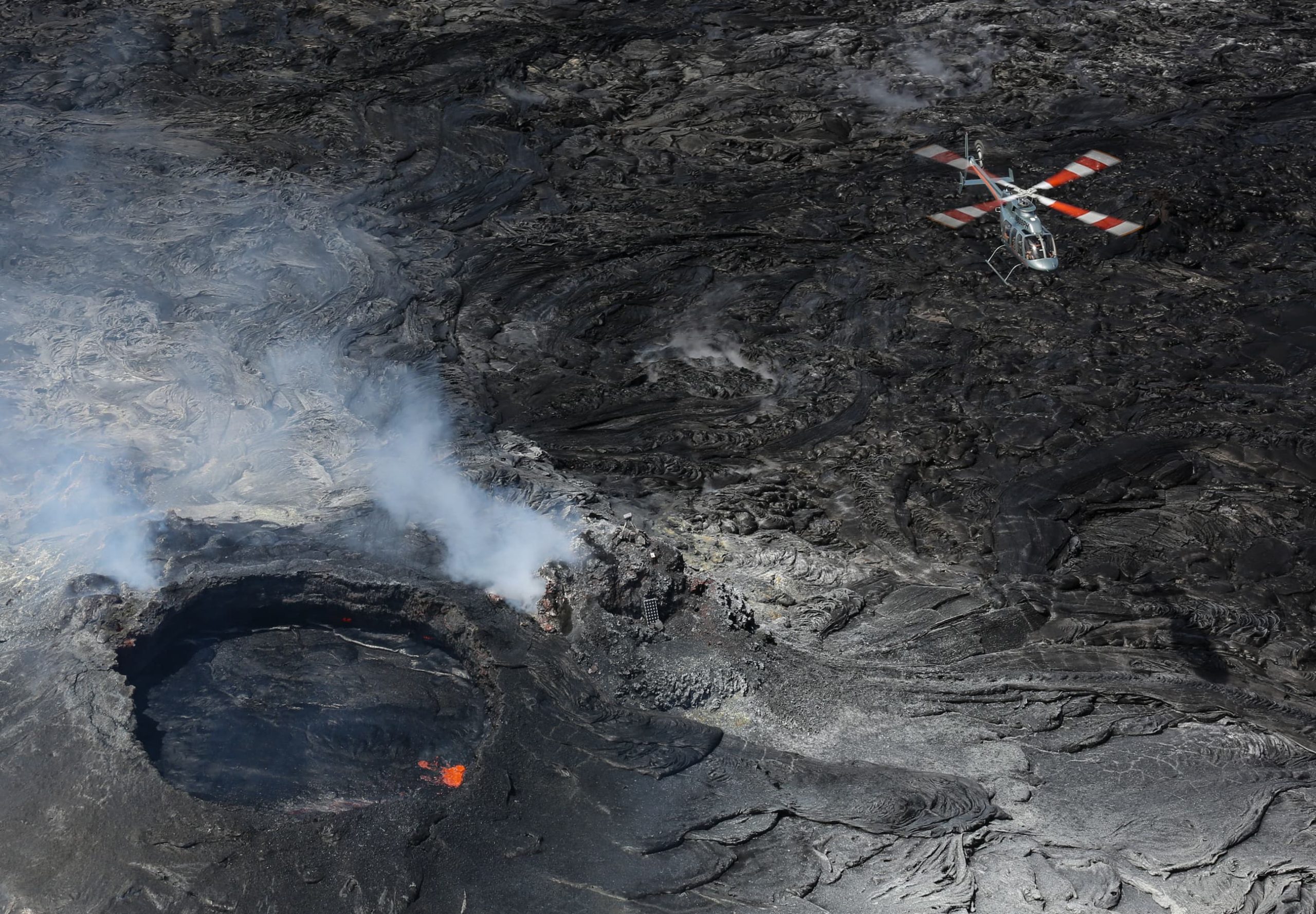 5. Volcanoes & Waterfalls Extreme Helicopter Tour: Soar over cinematic landscapes as you get up close to the fiery lava flows of Hawaii’s most active volcano. Leave the doors behind on this high-flying helicopter adventure so you can feel the heat as you hover over bubbling lava and savor the refreshing mist rising up from tumbling cascades of Rainbow Falls. 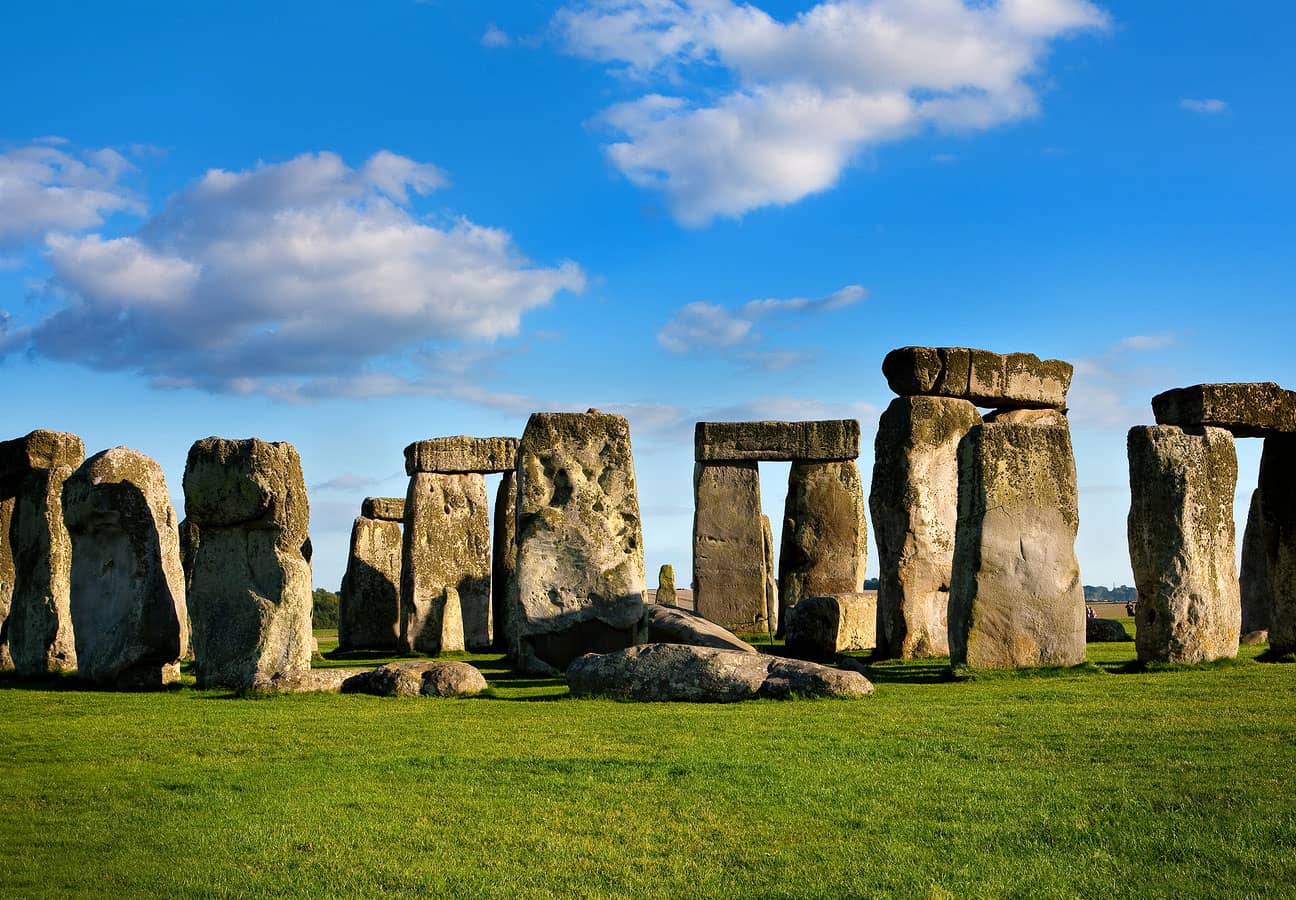 6. Stonehenge Day Trip: Archaeology lovers, conspiracy theorists, and history buffs unite in droves to scope out the curious rock formations around Stonehenge. Whether you believe they were left by aliens, created by some long lost civilization, or abandoned after a giant game of Jenga, Stonehenge always manages to live up to its can’t-miss status. With an expert guide to lead you between fact and fiction, there’s no reason to skip this bucket list landmark. 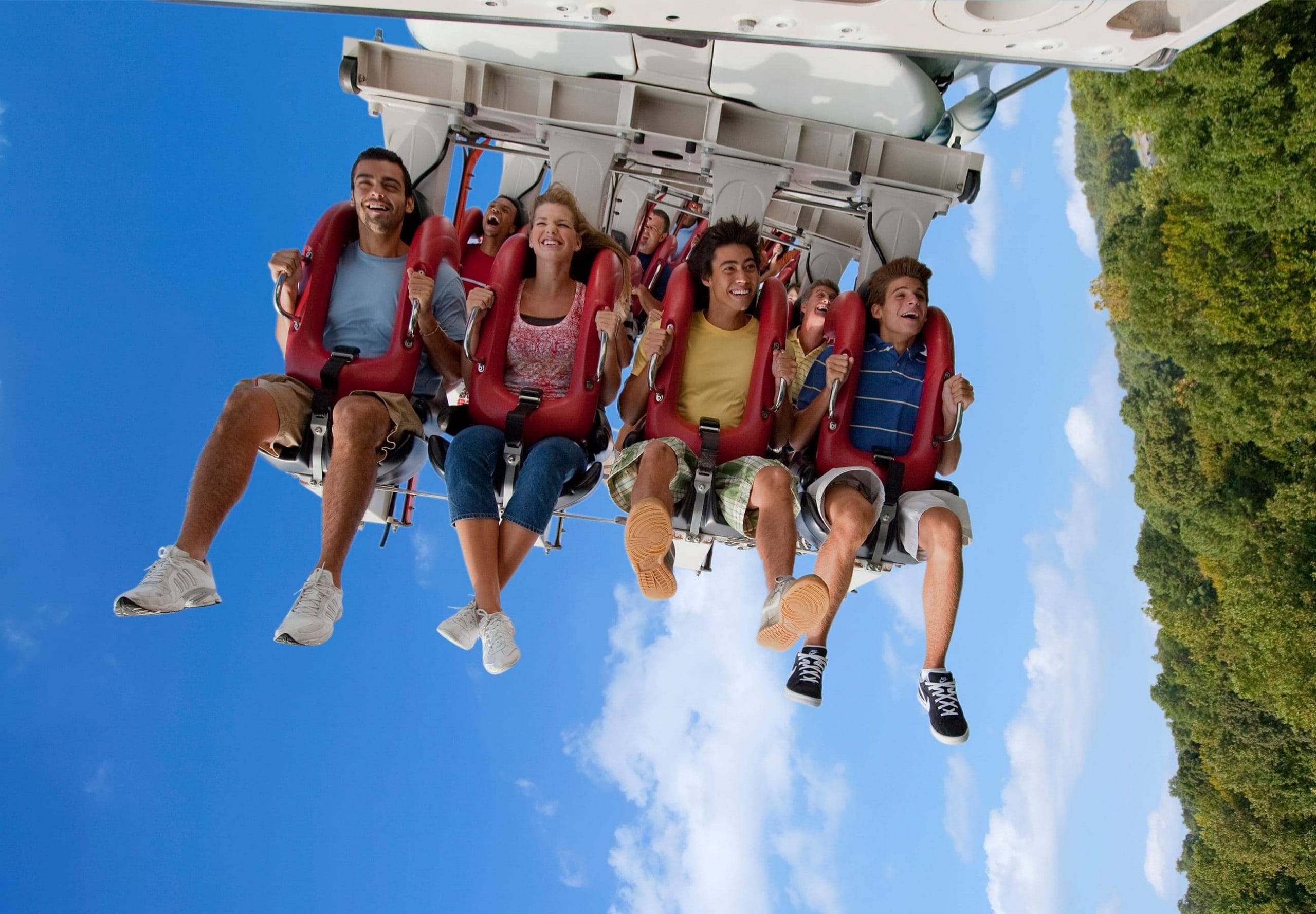 7. Busch Gardens Williamsburg: If a country-hopping trip to Europe isn’t in your future, the villages, hamlets, and themed amusements at Busch Gardens might be your next bet, especially if you’ve got kids who would rather ride Da Vinci’s sketches than look at them. Leave your passport at home as you catch a 4-D show at a replica of Shakespeare’s Globe Theater, look for the Loch Ness monster on a Scotland-inspired roller coaster, and explore Roman ruins on a rafting adventure. 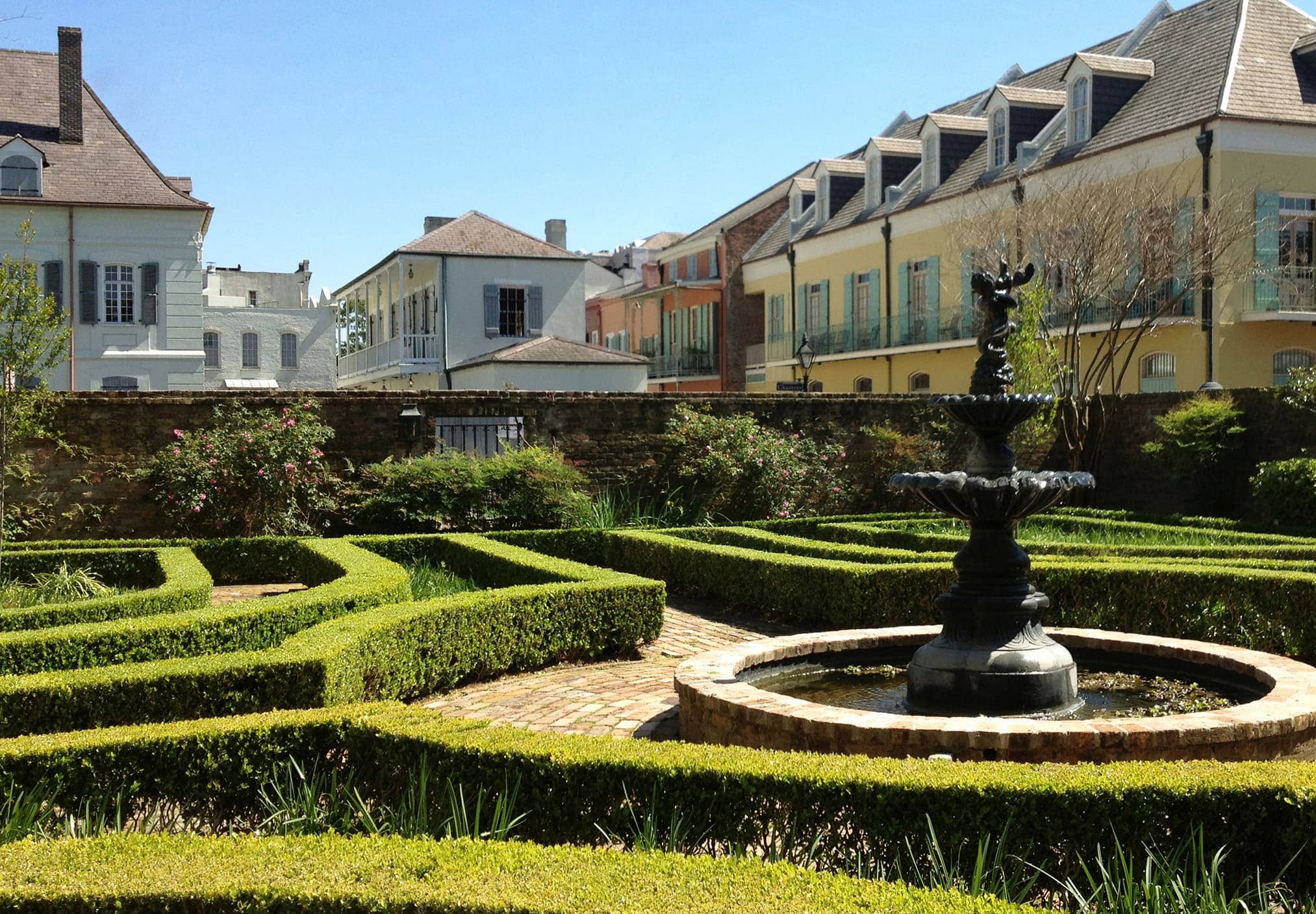 8. French Quarter Walking Tour: Examine Art Deco and Gothic architecture as you wander down the red brick streets of New Orlean’s oldest neighborhood. Listen to colorful tales about Confederate generals, examine artifacts at the Louisiana State Museum, and explore the cultural heritage of the city’s Creole ancestors while strolling along the banks of the Mighty Mississippi. 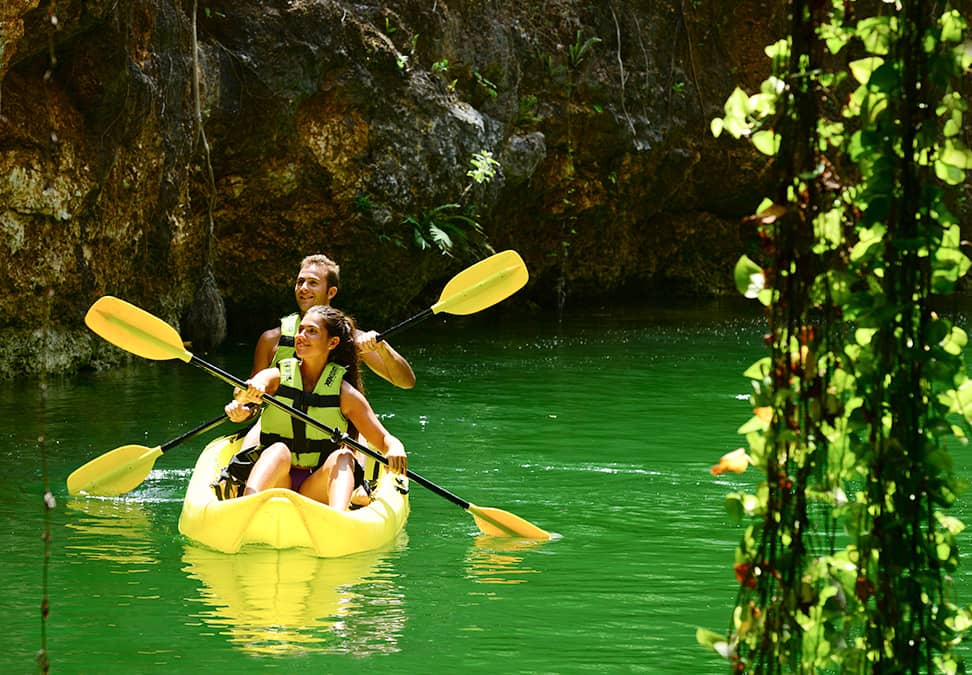 9. Xenotes Oasis Maya Excursion: Dive, paddle, glide, and, drop into the Yucatan’s famous cenotes on this adventure-packed excursion just outside of Cancun. Find out what geological forces help create these cavernous pools of freshwater as you kayak, snorkel, swim, and zipline around their alluring turquoise waters. 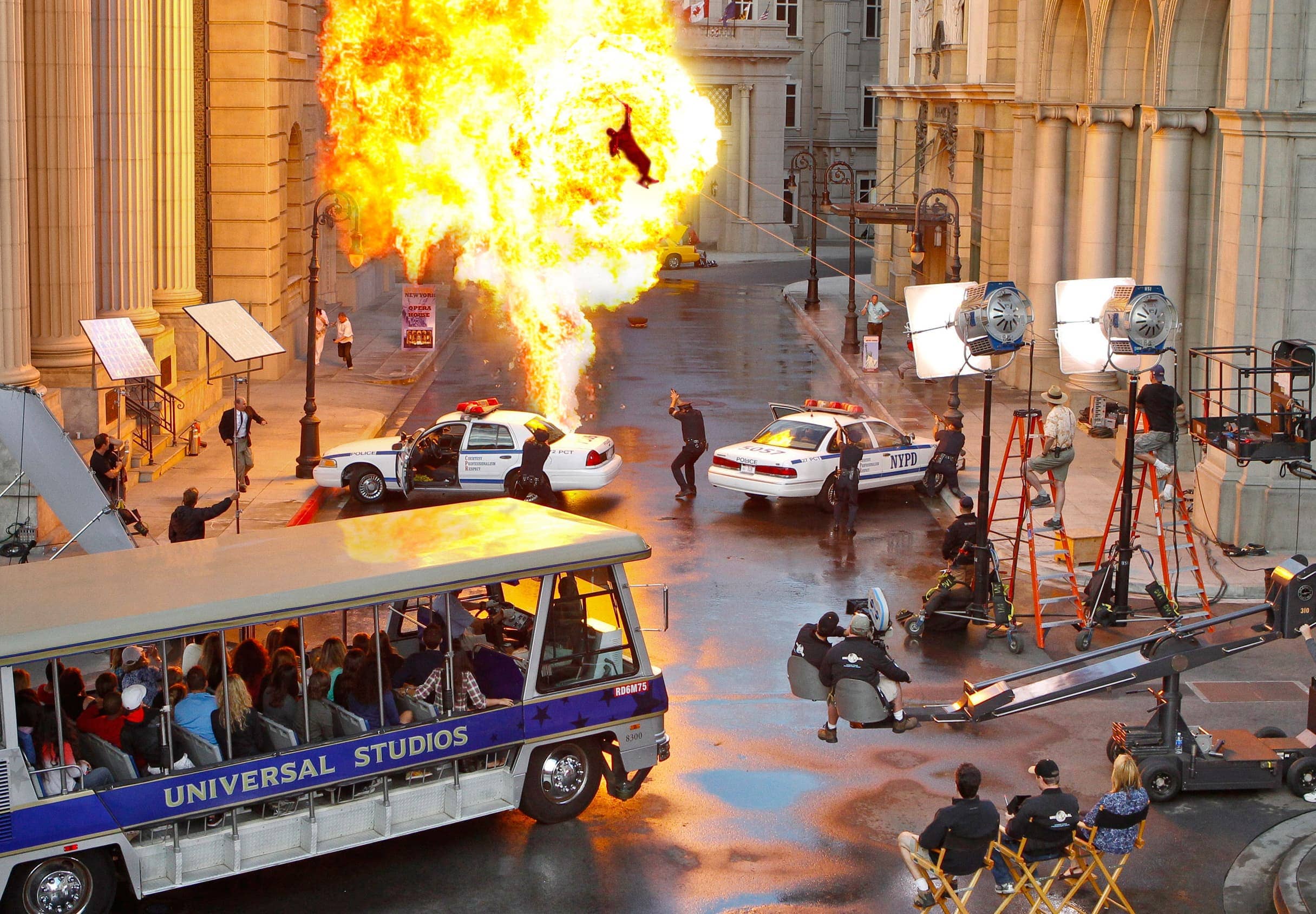 10. Universal Studios Hollywood: Watch all your favorite movies come to life and go behind the scenes to see how engineers and special effects artists create stunning movie magic with a trip to Universal Studios Hollywood. Whether you want to immerse yourself in the adrenaline-pumping action of Fast & FuriousTM – Supercharged, soak up the spells and sip on Butterbeers at The Wizarding World of Harry PotterTM, or test your courage on Jurassic ParkTM – The Ride. 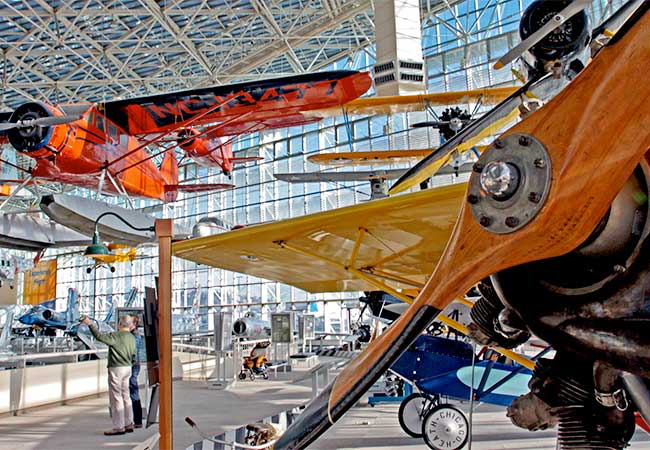 11. The Museum of Flight : Sitting in south Seattle, the Museum of Flight features more than 150 rare air- and spacecrafts for your admiration. Start with the Birth of Flight exhibition to walk in the footsteps of the Wright brothers before marveling at early Boeing models and modern military jets like the F-14 Tomcat in the Great Gallery. If you’re feeling supersonic, step inside the Concorde, the only passenger jet with the ability to exceed the speed of sound ever used in service. 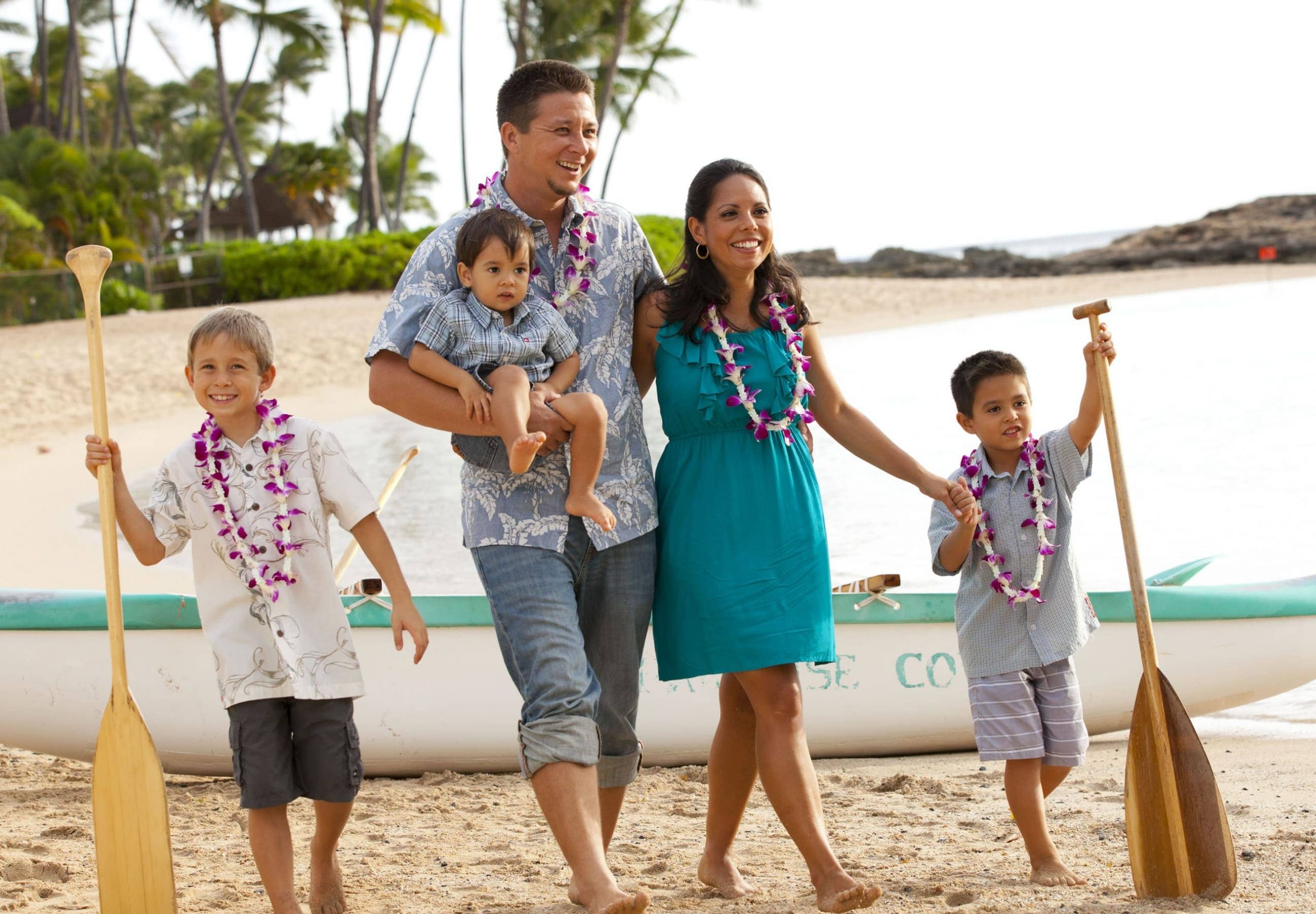 12. Paradise Cove Luau: Throw on a fragrant lei, consider a henna tattoo, and grab a mai tai as you sway your hips to the tunes of strumming ukulele players, feel the heat from daring fire dancers, and watch mesmerizing hula performances while the sun sets over waves rolling into Paradise Cove. Sample sticky bowls of poi, savor sweet slices of pineapple, and watch morsels of Kalua pig make their way from pit to plate before capping off your evening with decadent slices of banana coconut cake. 13. Chicago Mob Tour: Dive into the Windy City’s blustery past as you learn about Chicago’s most infamous criminals and high-profile murders. Explore neighborhoods once controlled by iconic mobsters like Al Capone, find out what led to the St. Valentine’s Day Massacre in 1929, and chat with your guide about the legacies of gangsters who once ruled this Midwestern metropolis. 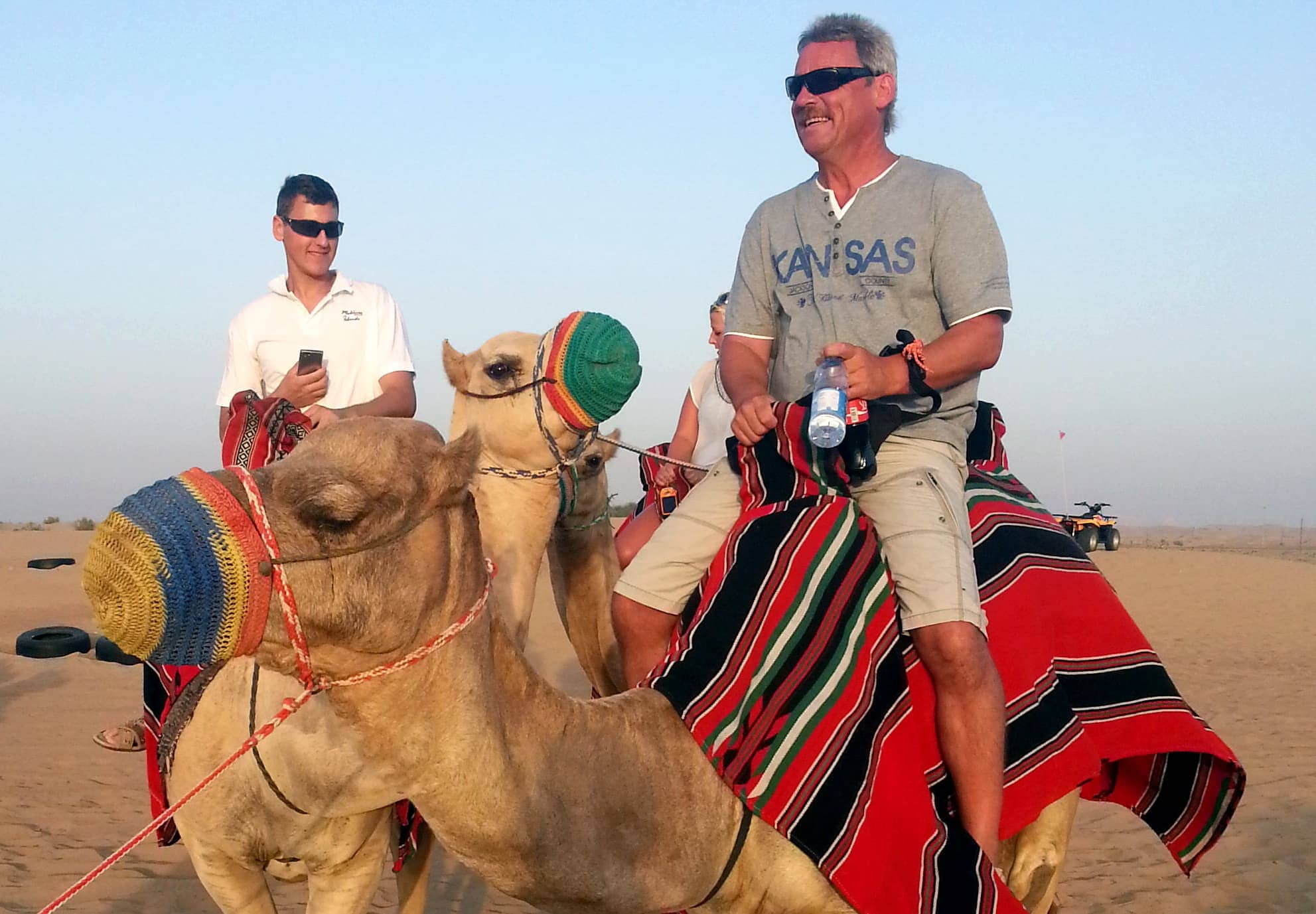 14. Desert Adventure: Ride, slide, and drive around the deserts of Dubai on this daring dune adventure. Climb up sandy slopes on a high-powered ATV, settle onto the hump of a friendly camel, and bomb down dunes on a sandboard. 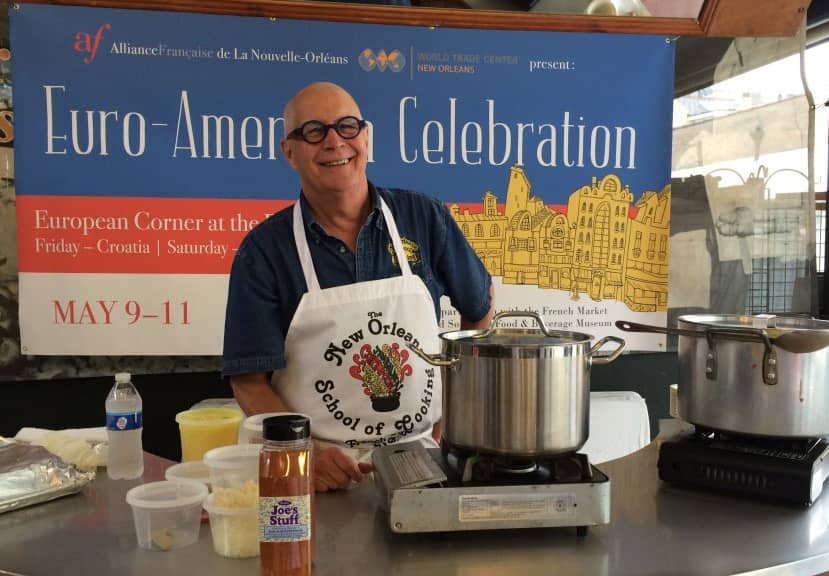 15. New Orleans School of Cooking: Southern Cooking Class: Pulling from the traditions of French, Spanish, and West African cuisine, Creole is a style honed and perfected in New Orleans’ jazz-filled streets. Explore each spicy subtlety as you don an apron and head into kitchen with one of the city’s best chefs. Whip up steaming pots of gumbo, put the finishing touches on creamy bowls of crab bisque, and find out what it takes to execute a perfect étouffée before you sit down to sample your Cajun creations. 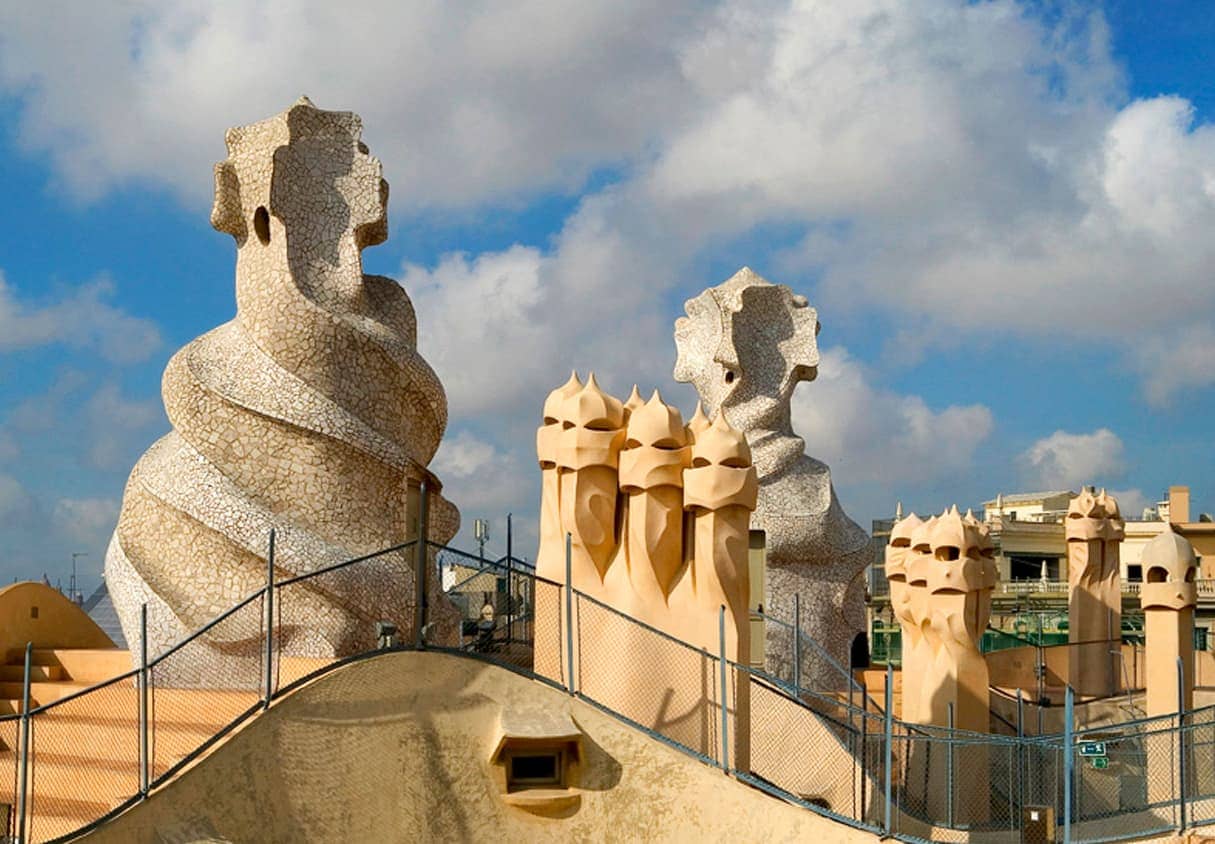 16. Skip-the-Line: La Pedrera: Head past the long lines waiting to get inside Antoni Gaudi’s masterpiece: La Pedrera. Pass under the tangled iron gate that leads to the home’s stone-carved spiral staircase, enjoy sweeping views of Barcelona from the undulating rooftop, and admire colorful frescoes that flow across walls and ceilings while you listen to fascinating commentary about Gaudi’s legacy on an easy-to-use audio-guide. 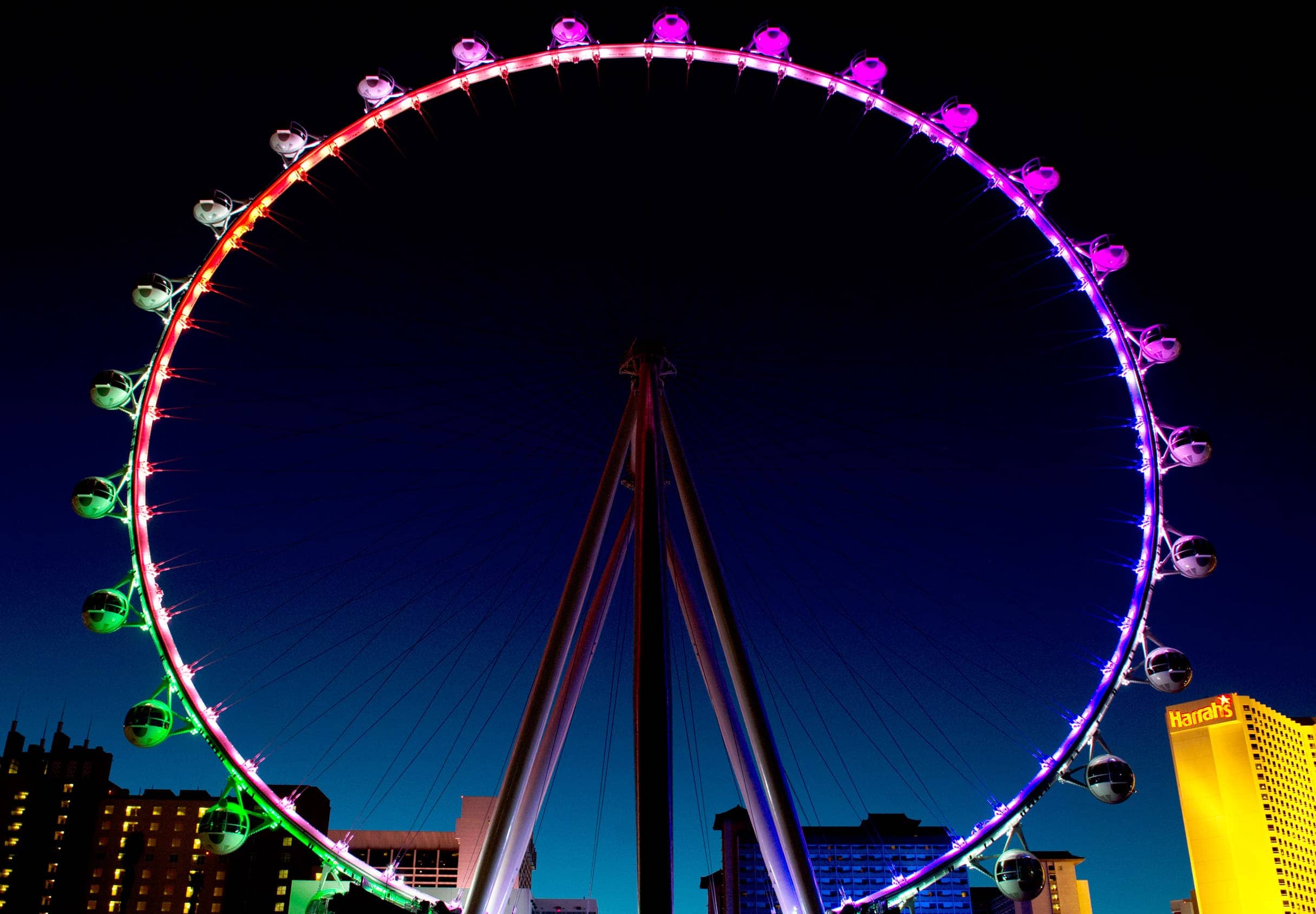 17. High Roller Observation Wheel: Set your sights on Sin City from the top of the world’s tallest Ferris wheel. Climb aboard your spacious, glass-enclosed pod to circle to the 550-foot-tall (168-m) summit of the High Roller observation wheel on this roundabout adventure. With 30 minutes of riding time, enjoy ample opportunities to catch glimpses of Mount Charleston’s distant peak and snap postcard-worthy shots of the Strip from your bird’s-eye perspective. 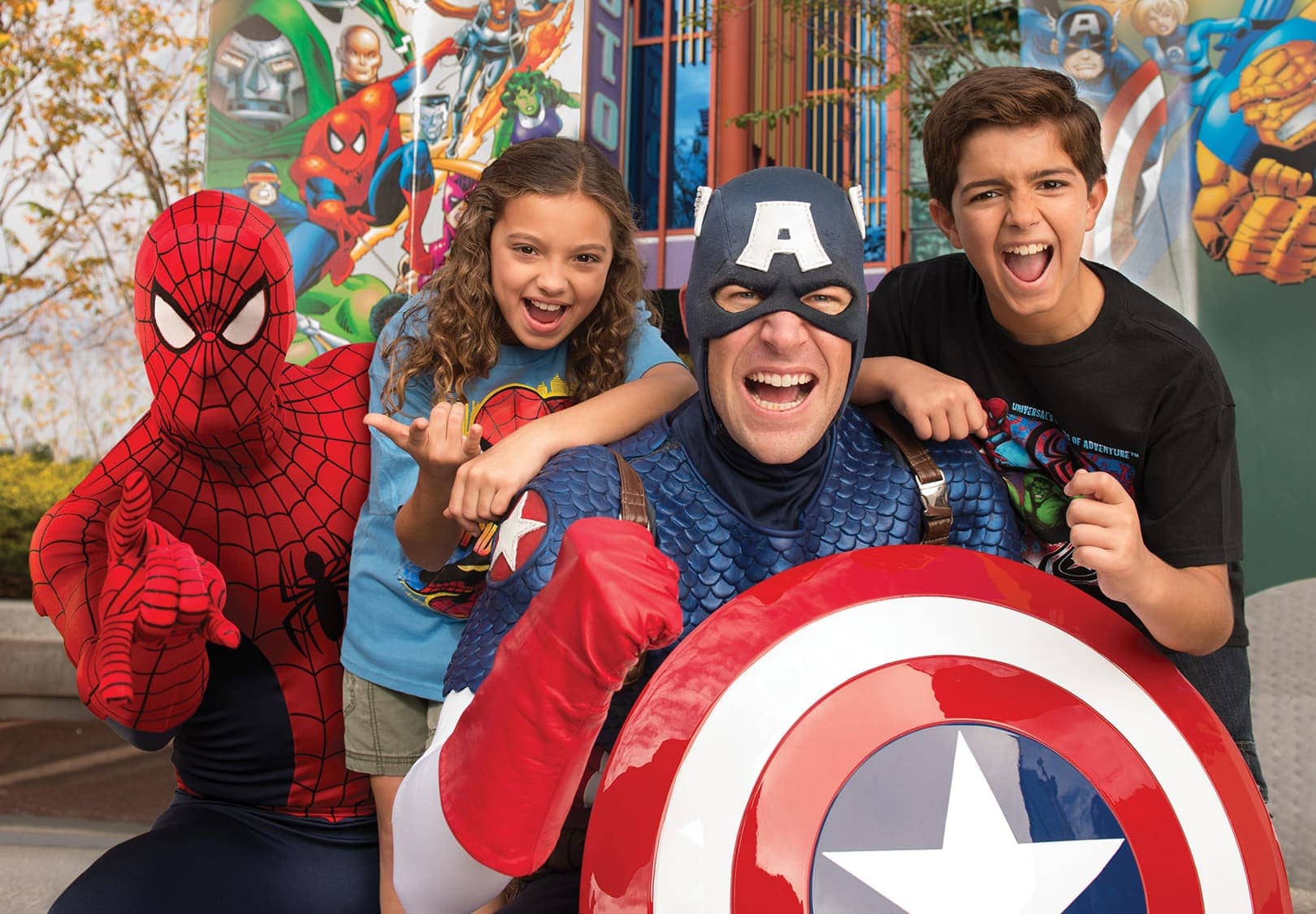 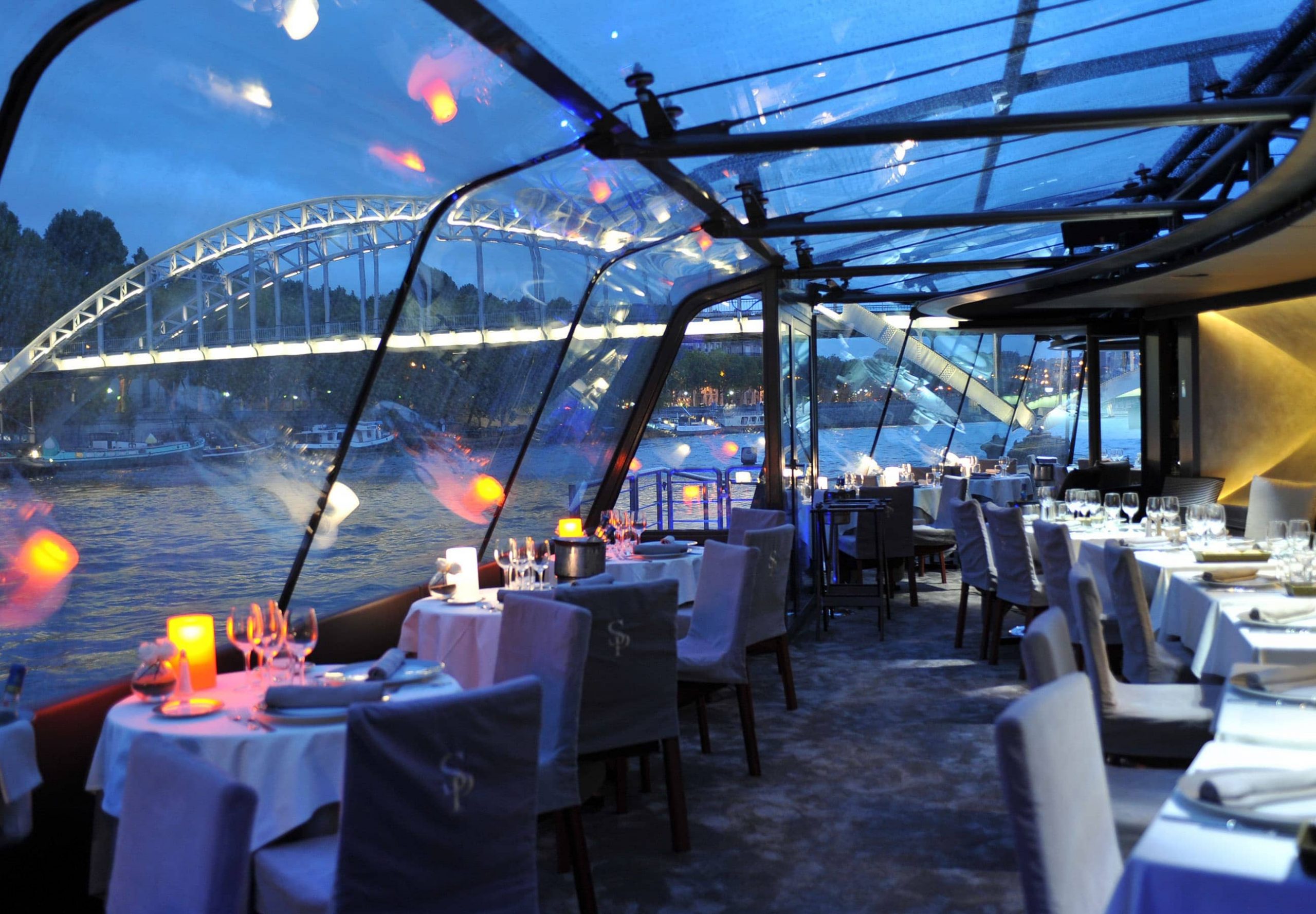 19. Dinner Cruise on the Seine River: Dip delicate bites of blue lobster in a rich Chardonnay sauce, savor leg of lamb with a medley of fresh vegetables, and indulge in airy sugar pies with dulce de leche ice cream. Drift along the Seine river with a live orchestra to provide the evening’s soundtrack. The illuminated features of the City of Lights are your backdrop as you pass under bridges that date back to the 16th century and look for lit-up landmarks including the Eiffel Tower and Musee d’Orsay. 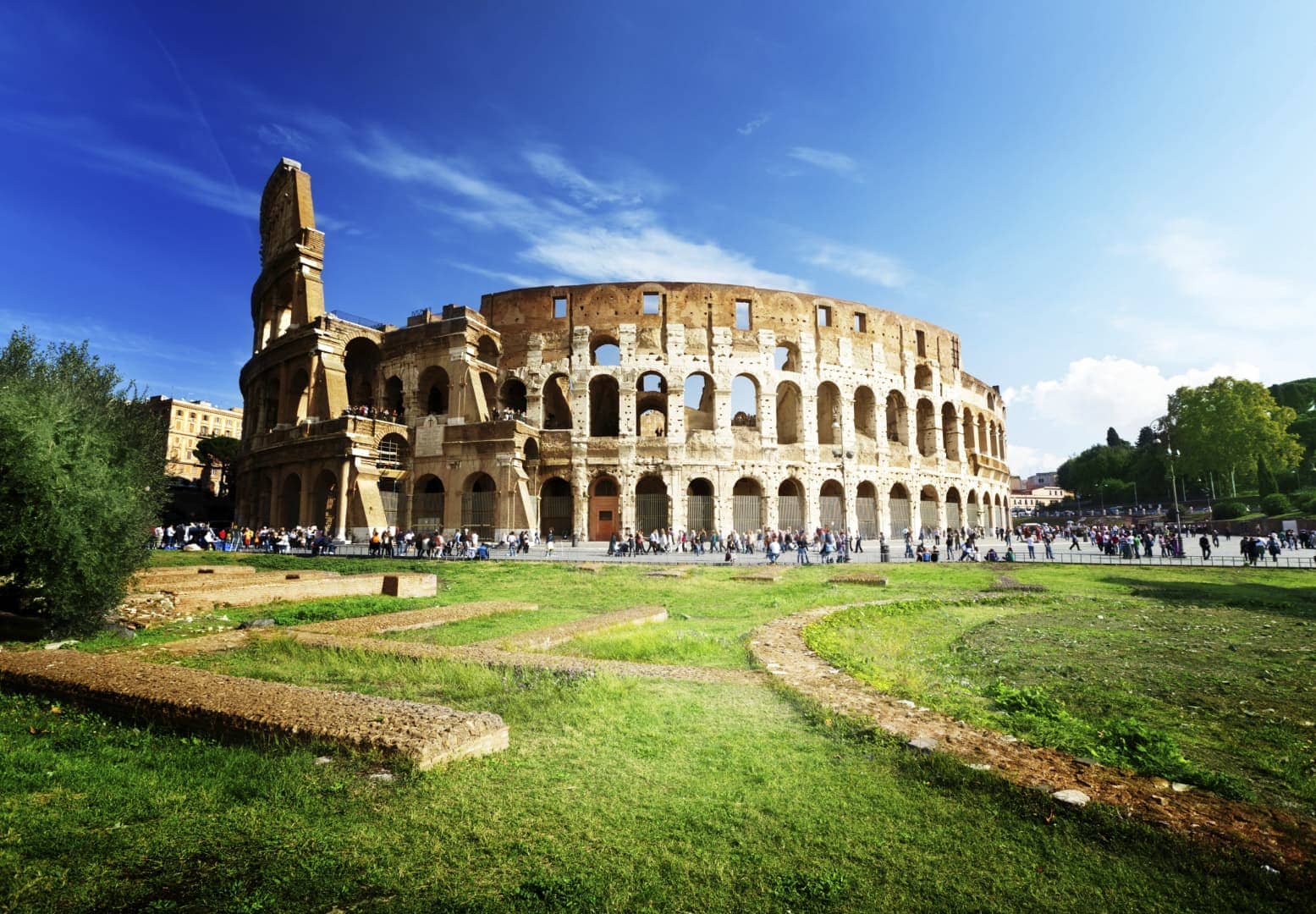 20. Skip-the-Line: Colosseum, Roman Forum & Palatine Hill: Travel back in time to uncover the heart of the Roman Empire as you walk in the steps of emperors, philosophers, and gladiators. Climb to the top of Palatine Hill for sweeping views of the Eternal City, meander down the Via Sacra to see the temple where Julius Caesar was cremated, and skip the long lines winding outside the Colosseum to get up-close looks at this ancient arena with a knowledgeable local guide.

What will the top activities be 20 years from now?

Only in Chicago: Where to stay, explore, and eat pizza in the Windy City

Guide to Taste of Chicago Festival
Date Ideas in Chicago: Where To Go For A Date Night

Romance in the Windy City

Whether it's hip-hop, gospel, jazz or rock, Chicago's contributed to the best of each genre. This playlist pays tribute to the great musical heritage of the White City.

How to Spend St. Patrick’s Day in Chicago