3 reasons why you need to visit New York right now

What do dancing felines, a winged train station, and “bleeding” veggies have in common? They are all new things to do in New York City.

The city that never sleeps is constantly changing, so it should come as no surprise that each time we visit we’ve got a laundry list of new things to check out. However, on this visit, our lineup of things to do was even more exciting than usual.

Based on our own experience, these are three reasons why you need to travel to New York City right now.

Impossible Burger at Momofuku Nishi – There is a burger being served in a popular but unassuming Chelsea restaurant that could revolutionize the way we eat. California-based start-up Impossible Foods has engineered the Impossible Burger, a meatless burger that exploits some fancy chemistry to mimic—very well—the taste and texture of a real beef burger.

Since we’d heard that people were lining up to get their hands on one of the restaurant’s limited supply of Impossible Burgers, we arrived about 15 minutes before the restaurant opened. The line was small (thankfully; we were prepared for the worst) but quickly grew to about 50-people deep. The burger is so popular that our server led with, “Are you here to try the Impossible Burger?” Within 5 minutes of selecting whether or not we wanted to add cheese or a vegan bun, our burgers were dropped off. 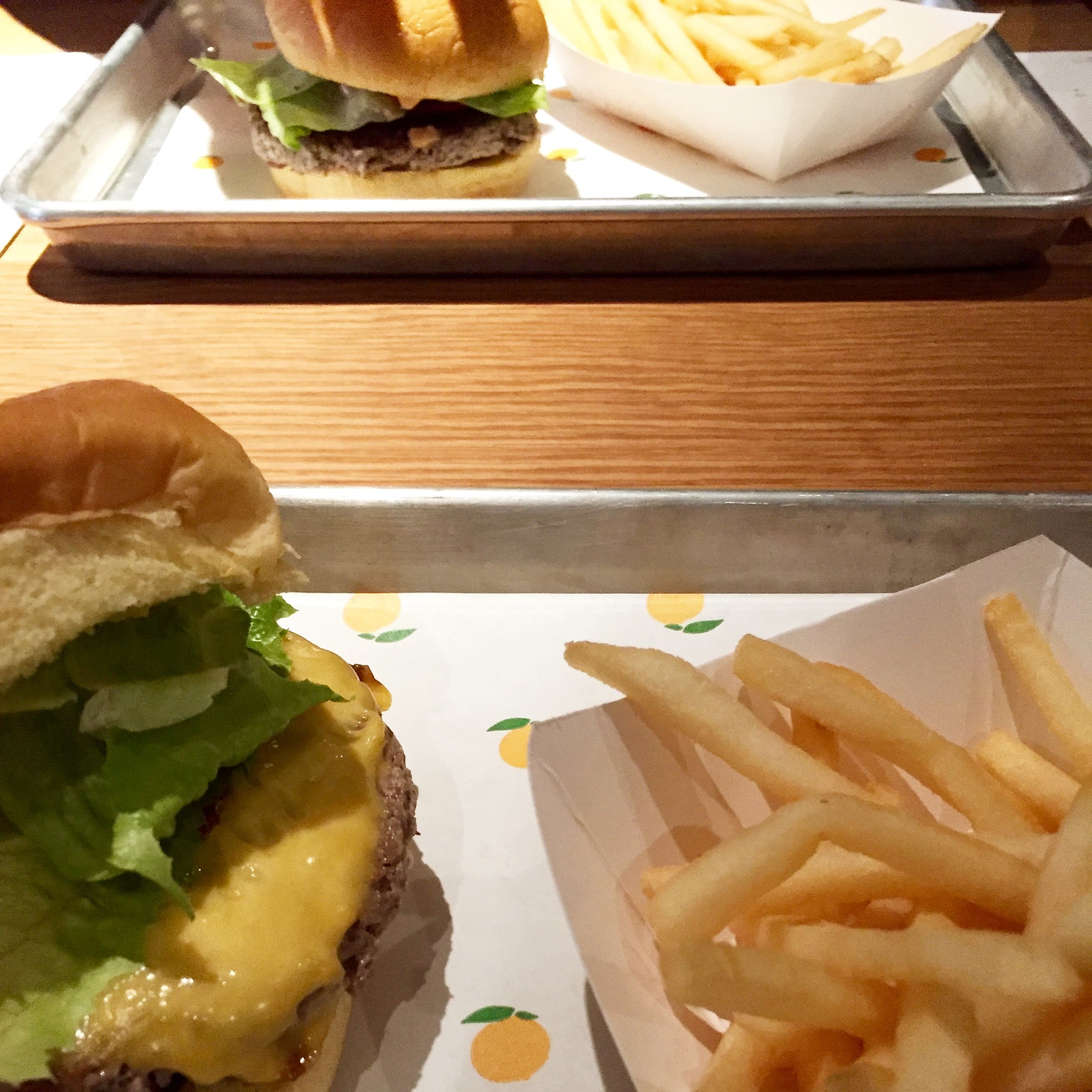 So how did they taste? Remarkably like a beef burger! We’re not going to try to explain the science behind this (we barely understand it ourselves), but somehow the burger had a crispy, seared outside and the pink—dare we say bloody—center that one would expect of a well-cooked medium rare burger. It also had the same beefy, slightly metallic flavor that makes a burger so tasty. Suffice it to say that if we had not known this was a vegetable burger, we would never have guessed it.

Cats at the Neil Simon Theater – If, like us, you missed your opportunity to see Cats on Broadway during its epic, record-setting run, then we’ve got good news. Cats is back! Even better, while the musical is slightly retooled, it maintains all of its synth-y, leotards and leg warmers-y, 1980s-y purr-fection (sorry, it had to be done).

Viewfinder Tip: You can buy Broadway show tickets right on Expedia.com when you book your travel.

The intimate Neil Simon Theater has been turned into a London trash-heap upon which a troupe of extremely flexible and jaw-droopingly talented felines strut, prance, and frolic. The entire production will have you grinning ear-to-ear, with a few bona fide showstoppers and some genuinely touching moments (in the production we saw, Ricky Ubeda, Tyler Hanes, and Leona Lewis deliver outstanding performances).

While the original production dominated Broadway for nearly two decades, there is no guarantee that this production will be around for long (outstanding talent does not always equal staying power), so you need to catch this production as soon as possible. It might just be your last chance to relive the memory.

Oculus at the World Trade Center – The Oculus, a monumental transportation hub and mall next to the National September 11 Memorial & Museum, is now open to the public after years of anticipation. The structure, which is meant to invoke “a bird being released from a child’s hand,” has immediately achieved icon status.

While the several construction delays and major cost overruns may have left a bad taste in the mouth of many New Yorkers, the structure certainly transcends the mundaneness of the typical mall. With its spine of glass open to the sky, the structure feels appropriate for the now hallowed ground that it occupies.

We’ve travelled the world and have seen how these kinds of ultra-custom architectural projects stand-up to the test of time. We have high hopes for the Oculus—it really is striking and awe-inspiring—but a major white structure amongst the grime of Gotham and the crush of tourists and locals alike, we think it would be wise to visit soon.

If you were to visit New York City next week, what would you do?