What you need to know about Disney’s Pixar Fest

With such a rough winter almost behind us, who’s ready to plan some Disney travel fun?

Of course you are. We are too!

Even better, who’s ready for some fun with a travel sweepstakes?

We thought so! More on that below, but first let us tell you what is going on.

Besties Disney and Pixar have some exciting plans in store this travel season with Pixar Fest. Pixar Fest, the biggest Pixar celebration ever to come to Disney Parks, brings guests together to celebrate friendship and beyond from April 13 through Sept. 3, 2018. 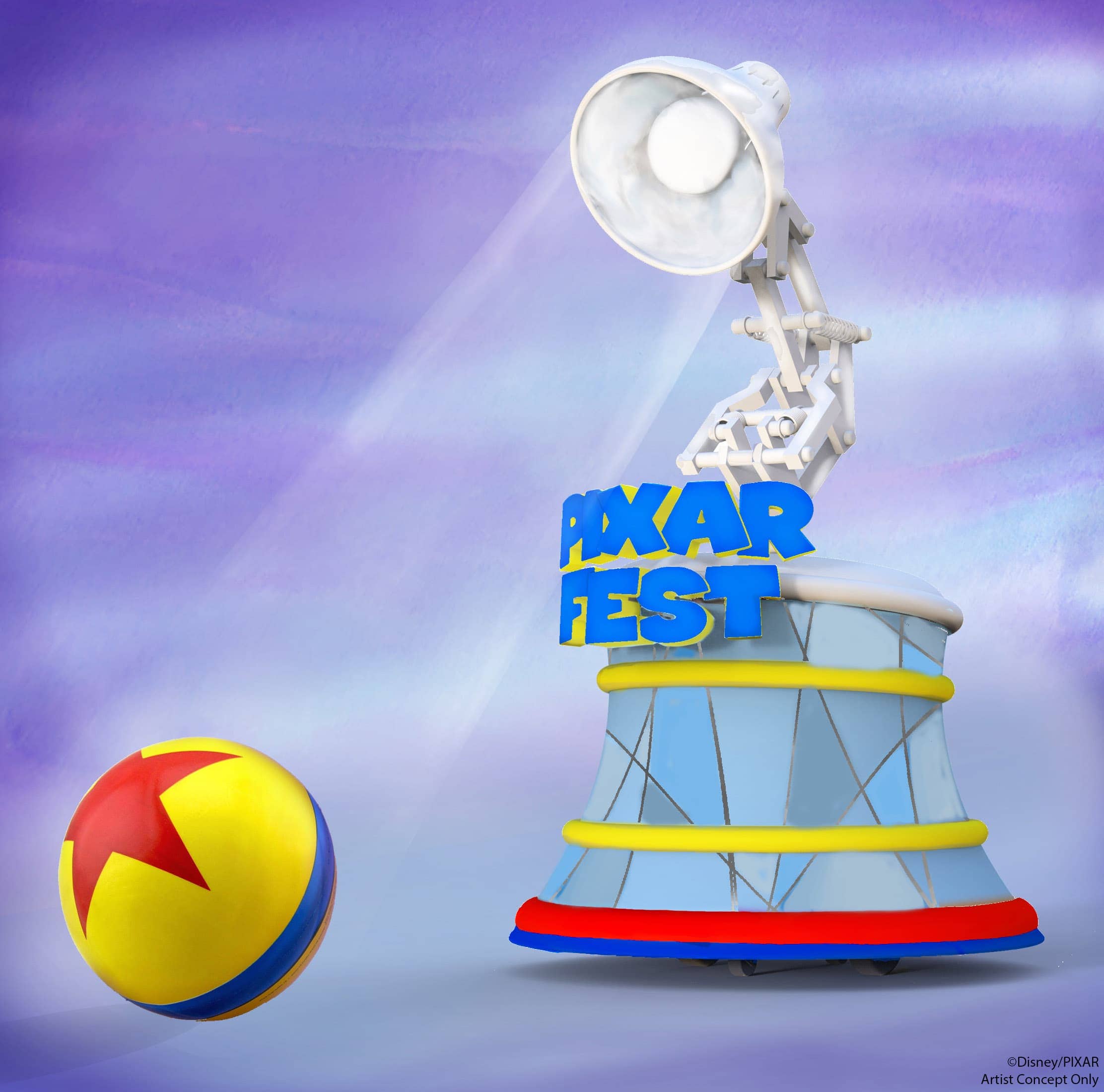 Grab your best pals and get to planning a getaway to Disneyland in California to check out all of the fun. To give you all of the information you need to plan, Disney gave us the scoop on what visitors can expect (parades, fireworks, food, rides, Instagram moments, more food!) when they visit during this period.

No Vacation Required (NVR): We can’t wait to experience Pixar Fest. Can you tell us a bit more about what to expect?

Disney: This first-ever Pixar Fest presents some of the beloved stories from Pixar Animation Studios in new ways at both Disneyland and Disney California Adventure Parks, with characters and experiences from films such as Disney Pixar’s “Toy Story,” “Monsters, Inc.,” “Finding Nemo” and “Up.” Guests will join the fun as they experience a new nighttime spectacular, and the return of two favorite parades with fresh new Pixar surprises.

NVR: Tell us more about the nighttime spectacular.

Disney: “Together Forever – A Pixar Nighttime Spectacular” invites guests to embark on an emotional journey that begins with the meeting of unlikely Pixar pals and follows their adventures as they overcome obstacles and forge everlasting friendships. “Together Forever” comes to life through projections on iconic park locations: Sleeping Beauty Castle, the water screens of the Rivers of America, the façade of “it’s a small world” and the buildings of Main Street, U.S.A. The grand tradition of Tinker Bell flying over Sleeping Beauty Castle also gets a Pixar twist, with a special flyover by none other than Buzz Lightyear.  Also on April 13, “Paint the Night” parade returns, and this time guests will enjoy the parade’s 1.5 million, brilliant LED lights and catchy tunes at Disney California Adventure.”

NVR: Fans of Disney Parks love your fireworks shows. What can they expect at Pixar Fest?

Disney: A new fireworks show, “Together Forever – A Pixar Nighttime Spectacular,” will celebrate Pixar stories through the decades as it lights up the sky over Disneyland, connecting guests with characters they’ve come to know and love. Along with dazzling pyrotechnics and memorable music, a heartwarming story celebrates the theme of friendship, an ever-present concept in Pixar animation. 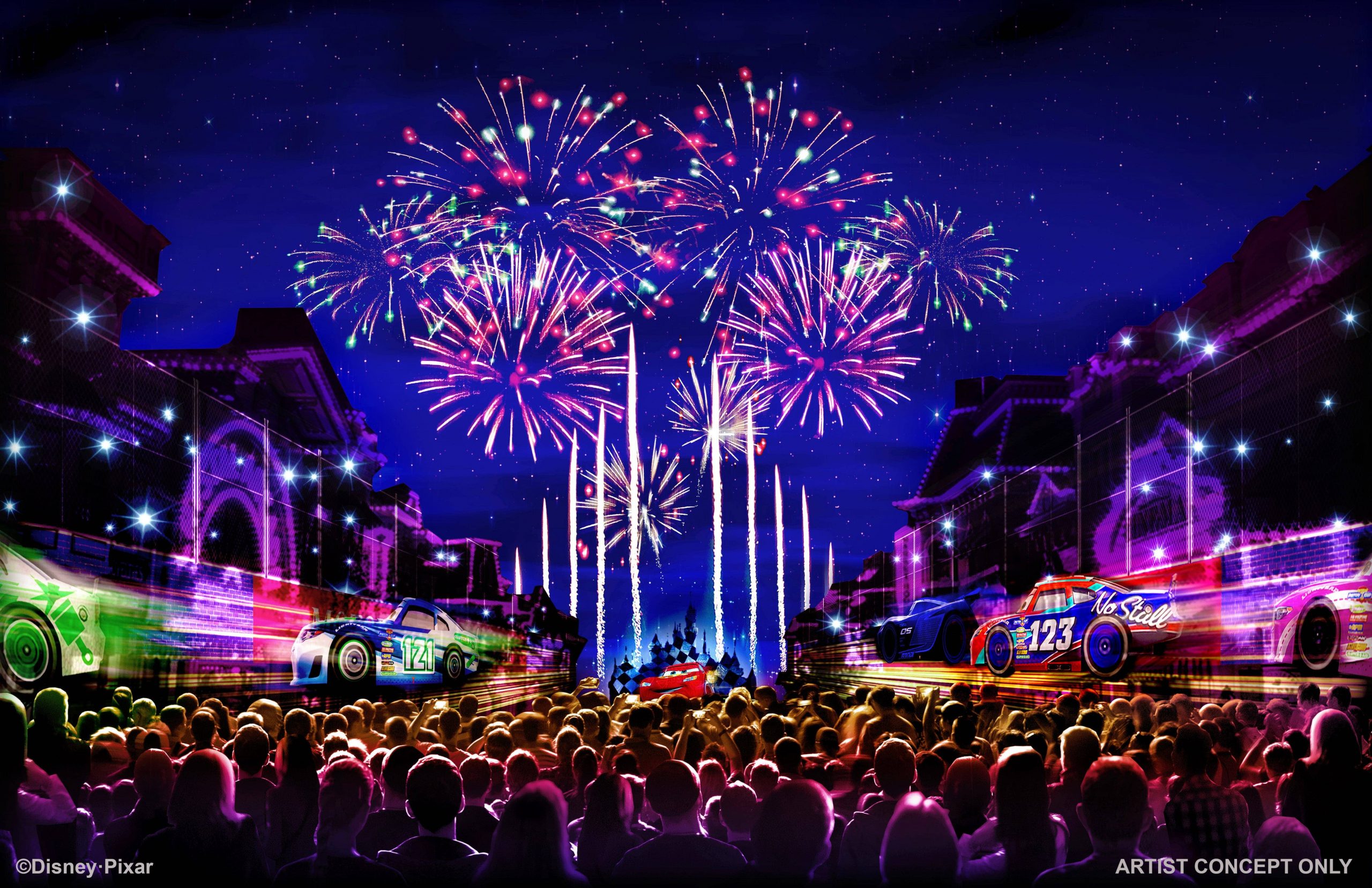 NVR: What about daytime fun?

Opening June 23, the Incredicoaster will be a super combination of character figures, lighting and special effects that bring the action to life as the Parr family races alongside guests in an attempt to catch baby Jack-Jack.

Disney: For the first time, “Pixar Play Parade” will make its way through Disneyland Park this spring, and it’s being led by someone new. The parade will begin just as all Pixar films have, with an appearance by the iconic and adorable Pixar Lamp. Rolling ahead of the famous lamp will be the familiar yellow Pixar Ball. Also joining the parade are characters from the beloved film, “Up.” Wilderness Explorer Russell will appear astride the colorful flightless bird, Kevin. Carl Fredricksen and Dug follow behind, amid green foliage and snipe chicks, with Carl’s tethered house floating above. “Inside Out” also joins the “Pixar Play Parade,” with Joy and Sadness perched atop colorful memory orbs as they take flight aboard Bing Bong’s rocket wagon, with Bing Bong himself cheering them on.

NVR: More and more, visitors to Disney Parks love showing off their style on Instagram. Do you have anything in store for them?

Disney: Photo opportunities can even go to infinity and beyond when guests express their Pixar style through character-inspired outfits. Guest will find photo-worthy locations such as Pixar-themed topiaries in Downtown Disney and encounters with their favorite Pixar characters throughout Disneyland and Disney California Adventure parks.

NVR: We love the fact that Pixar Fest is focused on “celebrating friendship and beyond.” How will visitors be inspired to get in the spirit?

Disney: Pixar Fest will give guests the chance to celebrate friendship, including with an exclusive Pixar Fest charm bracelet. With multiple bracelet options and a variety of charms with fun friendship messages and favorite Pixar characters, guests can mix and match for themselves or a friend.

NVR: Let’s move on to one of our favorite topics—food! Many Disney Parks visitors now plan their days around the themed treats you have on offer for special events. Give us a taste of what we can expect at Pixar Fest. 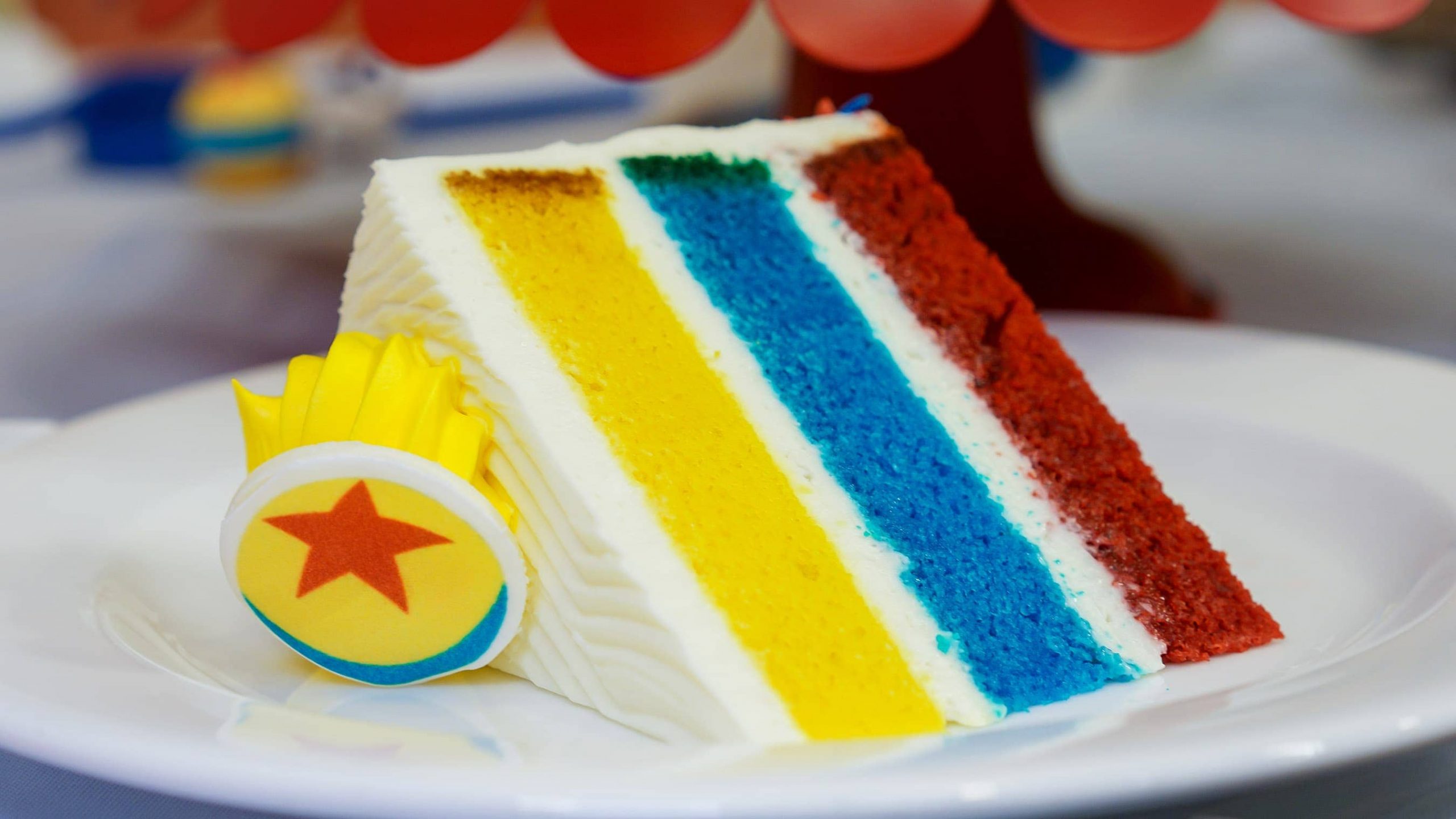 NVR: That sounds delicious! Can you give our readers a few other tips for special treats?

Disney: Here are a few of our favorites:

NVR: We’re drooling! One last question. Tell us a bit about Pixar Pier.

Disney: This new, permanent land in the area that is now Paradise Pier will officially open on June 23 and will introduce four new neighborhoods representing beloved Disney Pixar stories.

Are you up for a visit as much as we are?

While we go plot our Pixar Fest adventure (based entirely around those food offerings!), test your Pixar knowledge and to see if you just might win your own Pixar Fest adventure: round trip airfare provided by Alaska Airlines, hotel accommodations at a Disneyland Resort hotel, and multi-day Park Hopper tickets!

Take the quiz below and enter for your chance to win. (See official rules here)

And if the sweepstakes doesn’t go your way, be sure to let Expedia save you money and help you with every element of your adventure. We’ve got you covered with all your Pixar Fest air, hotel, car, park tickets, and activity arrangements.

Which part of Pixar Fest are you most excited for?

Tips and tricks for flying with a wheelchair
Ready, set, sail! Cruising with Captain Kate McCue
Traveling with kids under 5
Holiday Travel Hacks – the Can’t Miss Listen of 2021 Travel