New York is a city of neighborhoods. Within each of the Big Apple’s five boroughs hundreds of communities exist with their own culture, corner bistros, coffee shops, banks, dry cleaners, and parks.

While I love all these mini cities within the BIG city, my latest trip saw me focus my time and exploration on the revitalized downtown, coined the NEW New York. This has-it-all hood between the East and Hudson Rivers in Lower Manhattan brings together culture, cuisine, and it-factor in a locale that was once reduced to rubble and ash. After 16 years of vision, building, and a heavy dose of heart, NYC’s downtown is once again the place to be, see, eat, and stay in the Big Apple. 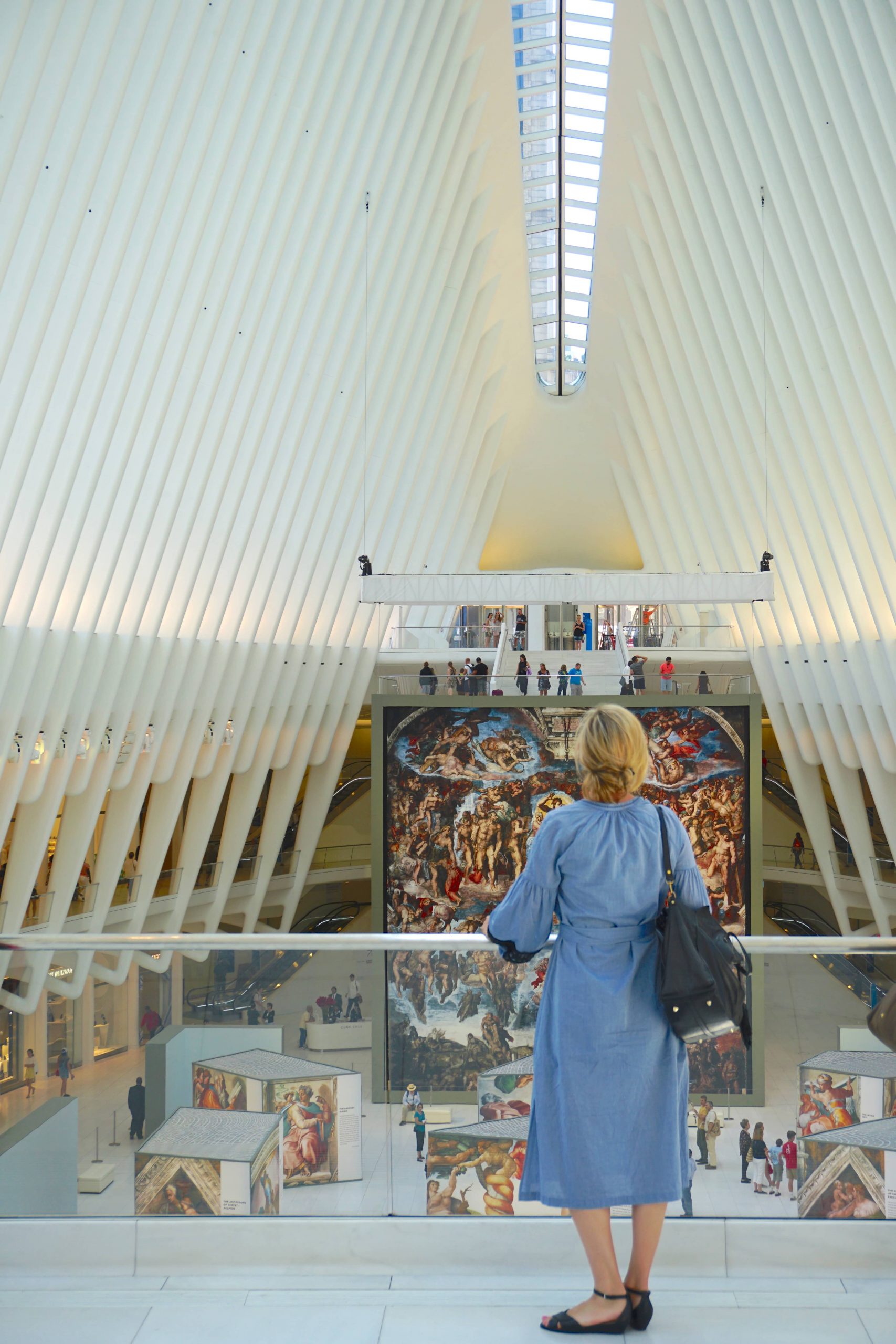 Oculus & WestField World Trade Center
You’ve probably seen its soaring wingspan gracing the social feeds of design-lovers, but there’s more to the Santiago Calatrava-designed Oculus than the photos convey. Commissioned as a memorial to 9/11, this dove-like monument’s glass skylight opens every September 11. In a powerful display of light overcoming darkness, at 10:28 a.m. the sun shines most intensely into the dove-like building, which coincides with the exact moment when the second building of the World Trade Center fell.

The Oculus is built over one of the city’s major transportation hubs and gathering spaces that includes NYC staples such as Eataly and Kiehl’s, and transplants such as San Francisco-based Blue Bottle Coffee, Stockholm-based COS, and London-based Reiss. 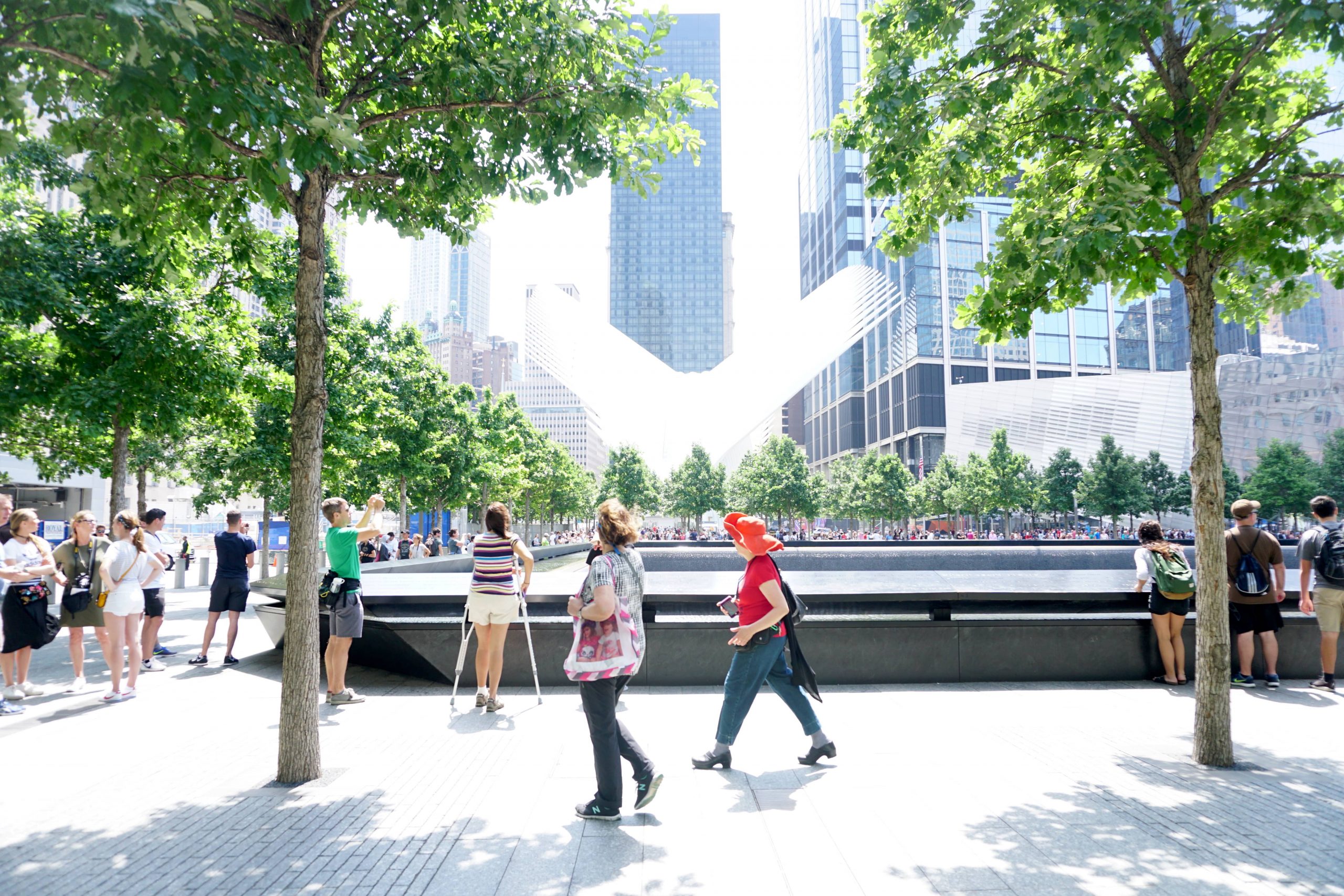 National September 11 Memorial & Museum
Grand in scale but contemplative in nature, the National September 11 Memorial spans eight of the 16-acre World Trade Center plot. Including a forest, pools, and a subterranean museum telling the stories of those who lost their lives during the 9/11 attacks, this place of tribute is a powerful ode to the resilience of the human spirit.

Linger here. Sit in the forest and reflect. Listen to waterfalls—intended create a sanctuary in the midst of the city’s bustle—cascading into the reflecting pools. Read the names of those who never got to tell the tale of that day on the bronze plates circling the one-acre bodies of water set in the footprints of the original Twin Towers. 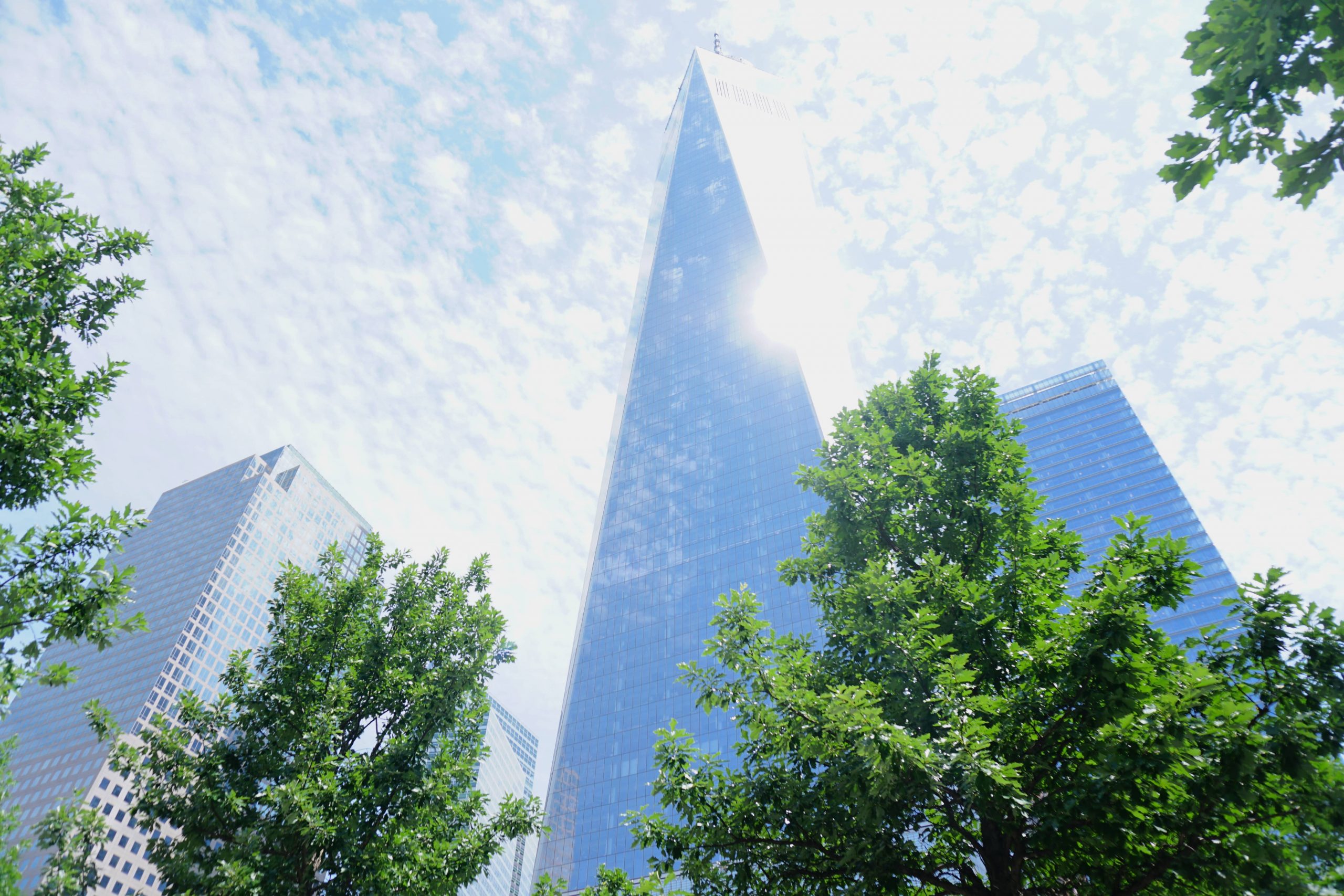 One World Observatory
Perched at the top of One World Trade Center, the tallest building in the Western Hemisphere, is the panoramic One World Observatory. Drenched in all the feels—I promise, there’s one notable part of the experience that made me burst out crying—this marvel is a must-see to examine the bedrock upon which the engineering wonder is built, hear the stories of those who constructed the iconic structure, witness the 360-degree views, and climb from floor 1 to 102 in 47 ear-popping seconds. 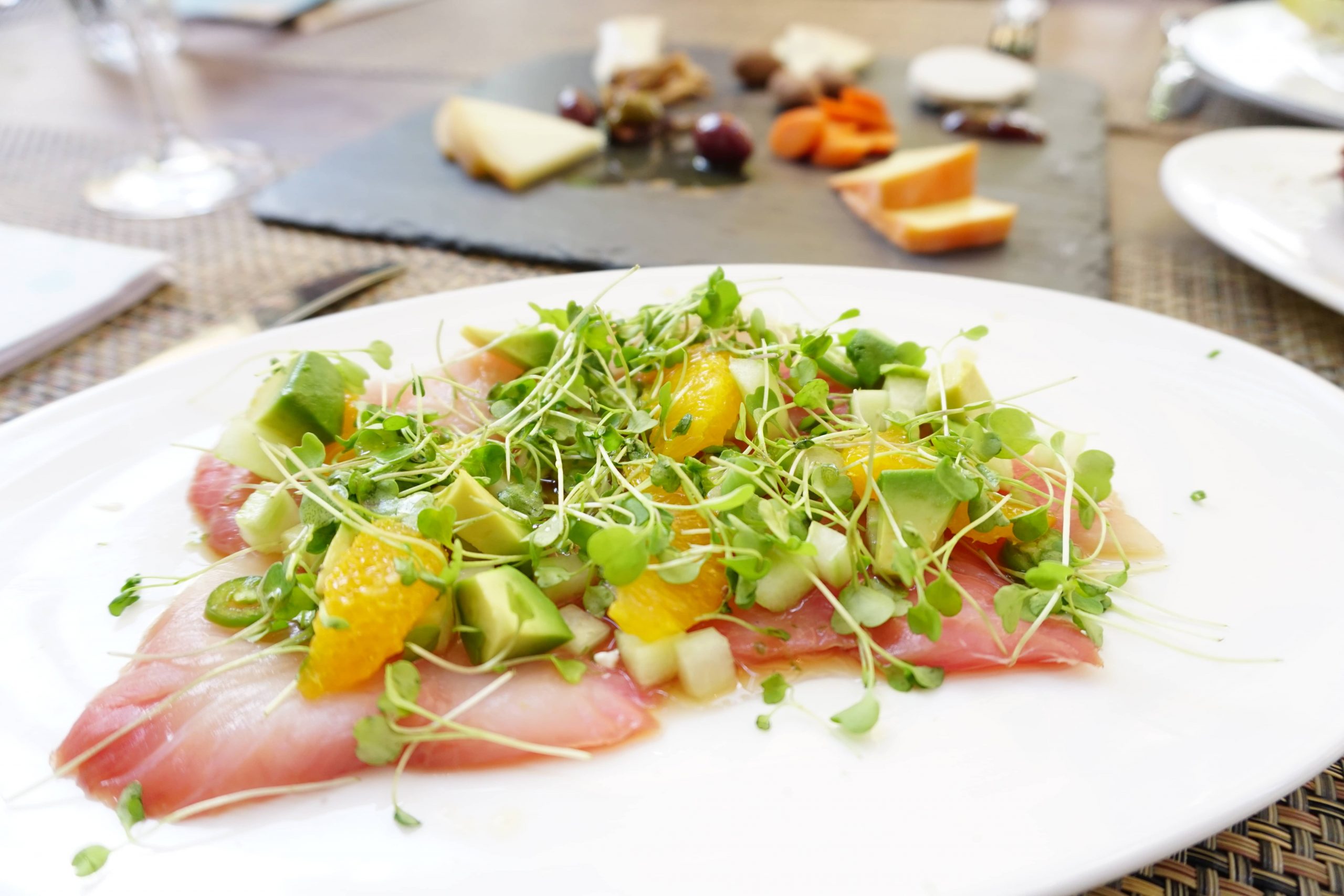 Le District
If you consider baguettes a food group and live the mantra “Rosé all day,” then you need to picnic the day away at NYC’s all-French food emporium: Le District. Sandwiched between the Hudson River and the World Trade Center at the chic shopping and dining address, Brookfield Place, the French market offers prime views of New York and prime cuts of every staple a francophile would put in their leather-bound straw market tote.

Think of it like a walkabout of Paris’ 11th arrondissement with all the accoutrements you’d expect from the culinary district: fromagerie, boucherie, poissonerie, boulangerie, patisserie, chocolaterie, bar au vin—except here, all the fixings are huddled together in a 30,000-square-foot market avec three sit-down brasseries. Bon appetit! 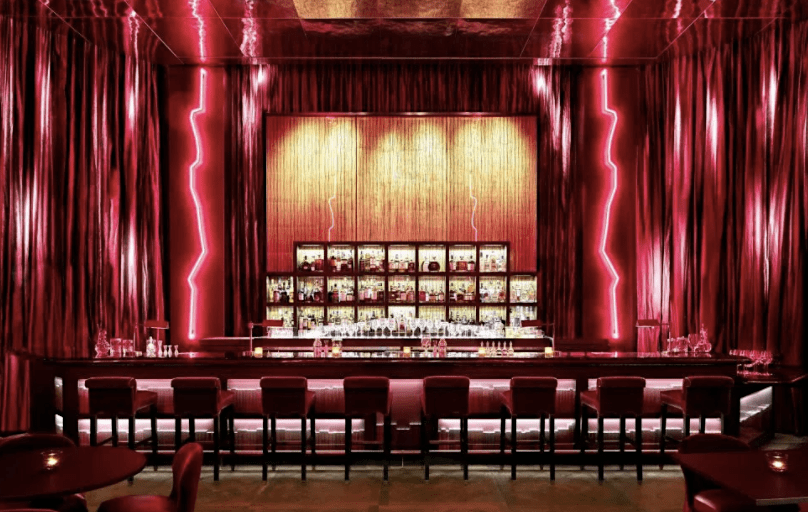 CUT by Wolfgang Puck
While Wolfgang Puck has been a sizzling fixture in fine dining since the ’80s, he did not choose to try his “pan” in the Manhattan market until 2016 when the stars aligned to open his steakhouse, CUT, in Four Seasons Hotel New York Downtown. Here, along with the Financial District’s dealmakers, dine in the sultry, velvet-draped, and wood-ensconced space on exquisite steaks grilled over wood and charcoal, and finished under a 1,200-degree broiler, as well as chichi comfort food like creamed spinach with a fried organic egg. 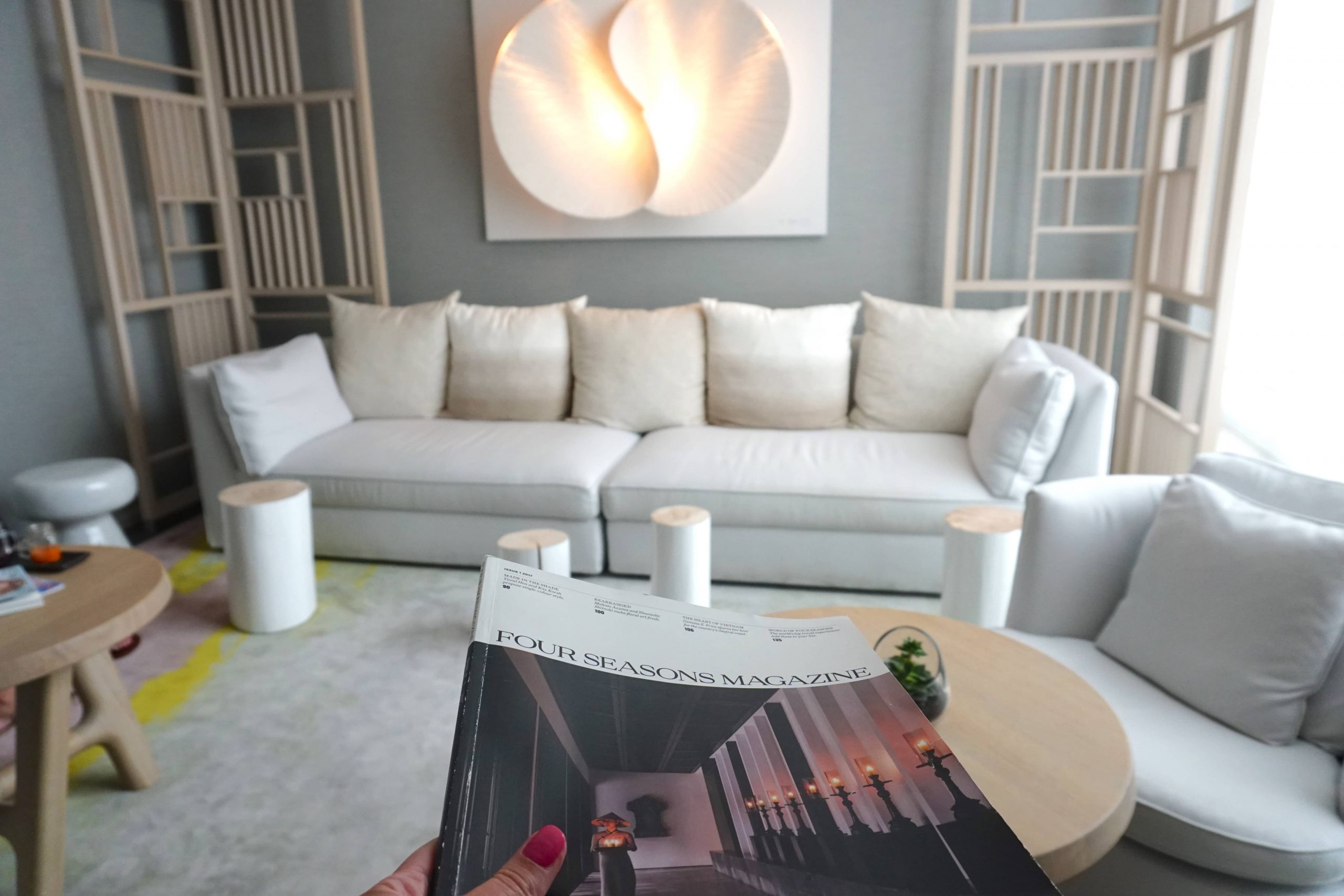 Four Seasons Hotel New York Downtown
Newly planted in a neighborhood shaped by vision and soul, the Four Seasons Hotel New York Downtown adds to Lower Manhattan’s skyline with style all its own. Polished yet understated, it’s the kind of address a VIP could slip into without a gaggle of paparazzi noticing. Occupying the first 24 floors of one of the city’s most sough-after towers, the luxury hotel has all the fixtures you’d expect from a high-end stay—picture-perfect rooms with marble bathrooms and soaking tubs, a 23-meter pool (so huge it has its own lifeguard), a spa stocked with rare Swiss brands and oh-la-la treatments like the Chardonnay skin-rejuvenation ritual, a celebrity chef-helmed restaurant—and then some. And if you ever exit the chic urban retreat, you’re steps from culture, cuisine, art, and shops that make the new New York the place to be. 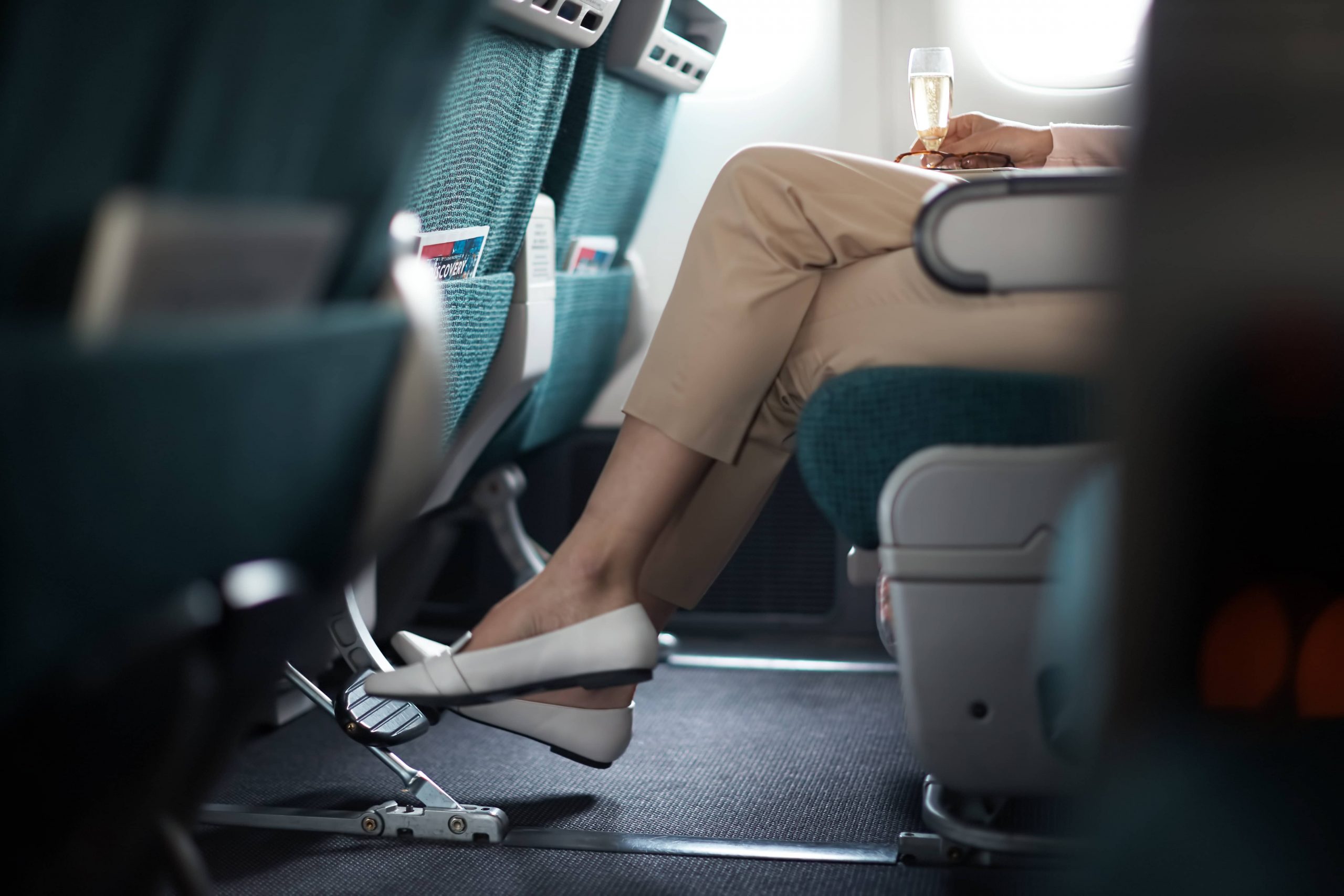 Given that New York is a major international hub, as well as one of the most visited cities in America—2016 saw 60.7 million visitors—finding a flight to one of its three surrounding airports is easy. When I visit, I prefer to fly with Cathay Pacific Airways from Vancouver aboard one of their posh planes kitted out for international service, and the glories associated with this: wine, food, silverware, multi-position headrest, entertainment console, and lotion in the lavatories (and spoiler alert: I’m describing economy class).

Once I arrive at JFK, LGA, or EWR, I choose my airport-to-city transport based on my trip length and budget, time of arrival, and activities immediately following my arrival. Some of my preferred methods for getting from New York’s three airports into downtown are via train and subway, SuperShuttle, private town car transfer, UBER, and Taxi.

What are your favorite addresses in Lower Manhattan?

Lead photo courtesy of NomNomYVR, CUT via Four Seasons, airplane interior via Cathay Pacific, and all other snaps via TripStyler.