Explore > Interests > Movies > Virtual Tour of Rome and The Vatican

Virtual Tour of Rome and The Vatican

So, you can’t physically go to Italy right now. That’s a bummer. But, thanks to the wonders of virtual travel, you can at least take the edge off your wanderlust. To guide you on your journey, we’ve compiled a list of virtual museum tours, books and movies set in Rome, and recorded walking tours to give you a taste of the Eternal City. Pour yourself a glass of wine and embark on this virtual tour of Rome and Vatican City. 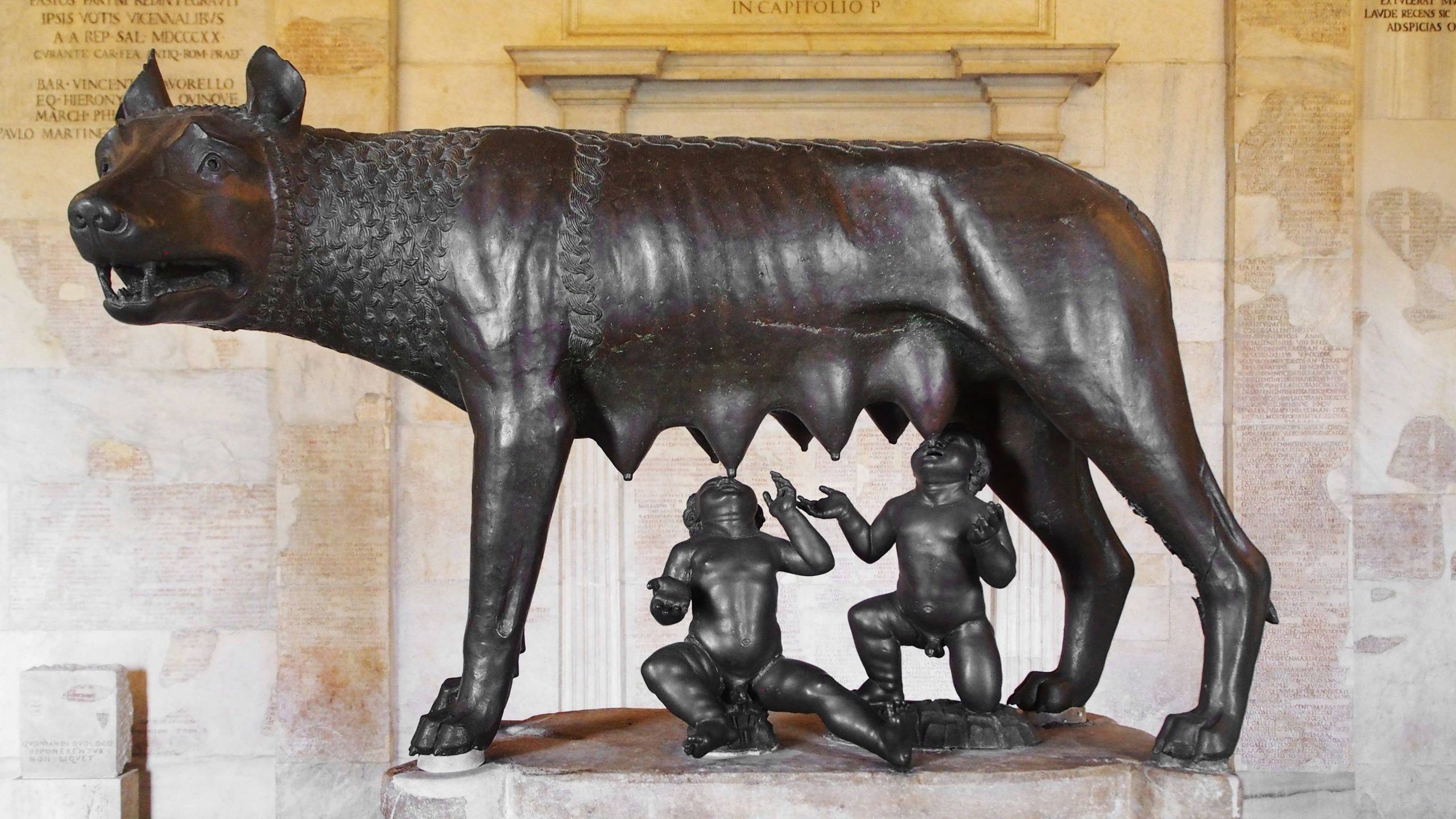 From the world’s first museum to one dedicated entirely to Napoleon, you could spend hours wandering museums in Rome. Luckily, several have virtual museum tours so you can enjoy their collections of art and artifacts from home.

The 16th-century Quirinale Palace offers one of the most immersive virtual tours in Rome. As you click through the opulent rooms in Italy’s presidential palace, listen to audio commentary on historical significance, artwork, and furniture. As the former residence to popes and royalty and the current home of the Italian president, Quirinale Palace holds some interesting stories.

Travel back in time to the era of ancient Rome while exploring the ruins of Trajan’s Market. The Centrale Montemartini houses ancient Greek and Roman mosaics and statues in a former power plant. See gracefully carved marble figures posed in front of the knobs and dials of industrial archaeology. 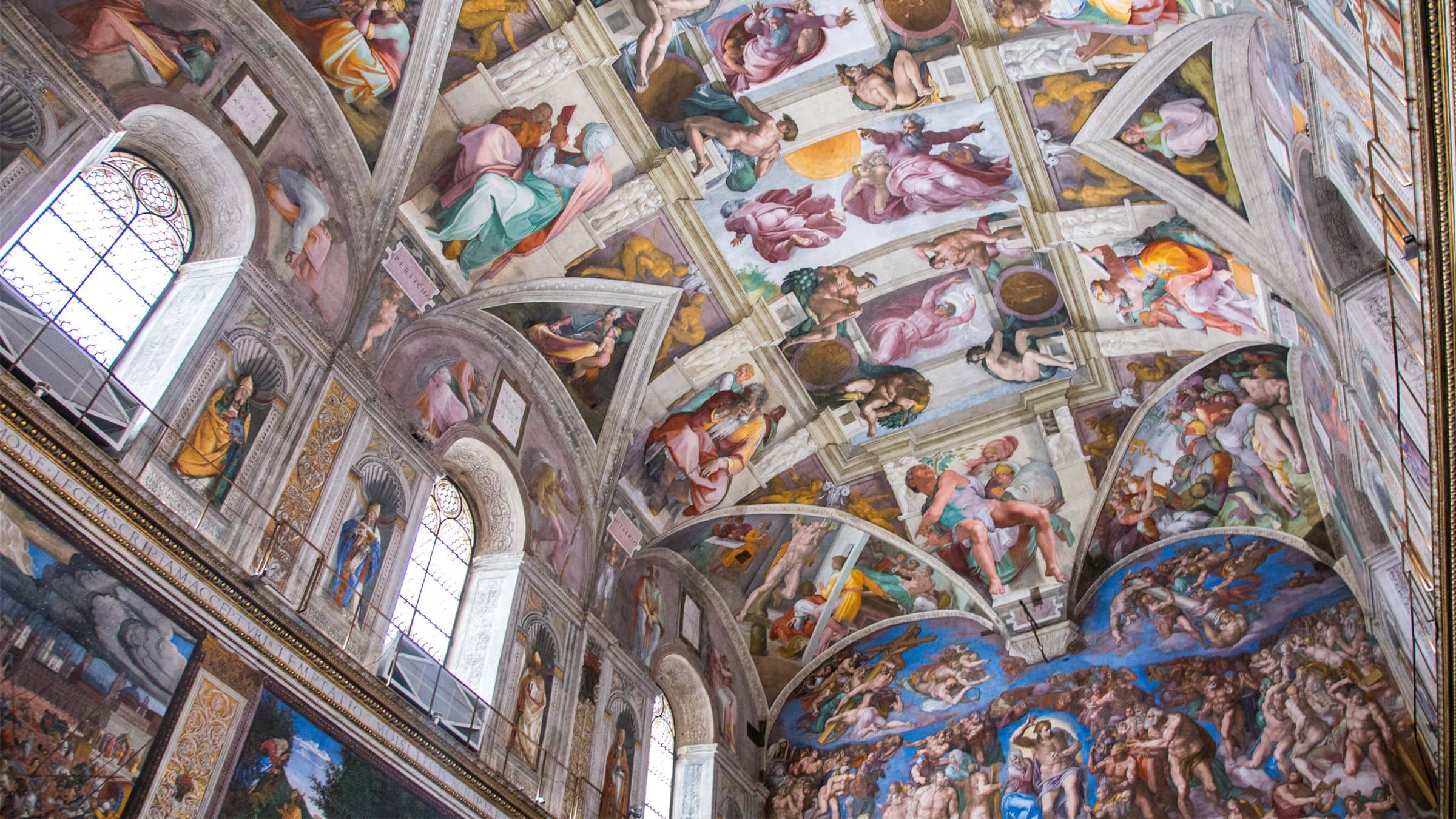 Surrounded by Rome, the city-state of Vatican City serves as the Catholic Church’s headquarters and home of the Pope. Around 5 million people visit the Vatican every year, but on a virtual tour, you don’t have to worry about navigating crowds of tourists to enjoy its trove of spectacular art and architecture.

Take a 360-degree virtual tour of the Vatican, including the Sistine Chapel and the Raphael Rooms. Deepen your experience by video chatting in real time with a licensed tour guide while exploring The Vatican Museums and Saint Peter’s Basilica on a Vatican and Sistine Chapel live virtual tour. You can even watch live streamed videos of Mass led by the Pope and accompanied by the choir’s angelic voices. 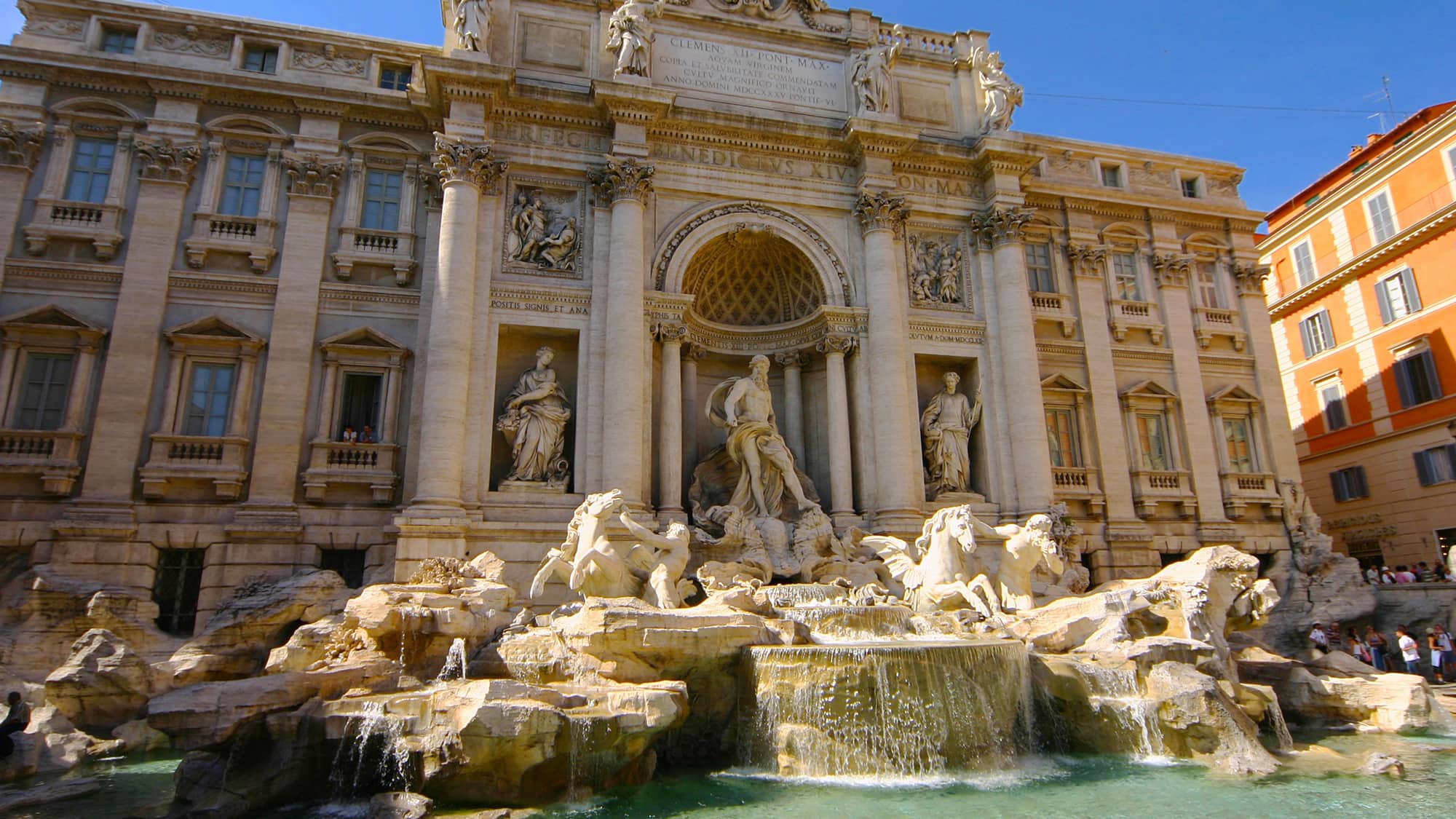 Snippets of conversation in Italian drifts past and marble fountains gurgle teal water as you slowly walk the streets of the Eternal City from the comfort of home. A virtual walking tour of Rome filmed in 4K with binaural sound is almost like actually being there. You can take in iconic sites like Trevi Fountain and the Spanish Steps without even changing out of your PJs.

This Colosseum virtual tour takes you through one of the most famous buildings in all of Rome with a live local guide. Explore where the gladiators fought and then venture to the Roman Forum to see the actual spot where Julius Cesar was assassinated.

Discover more virtual tours around Italy at Expedia’s Things to Do From Home page and entertain the whole family with travel-inspired activities for kids at home. 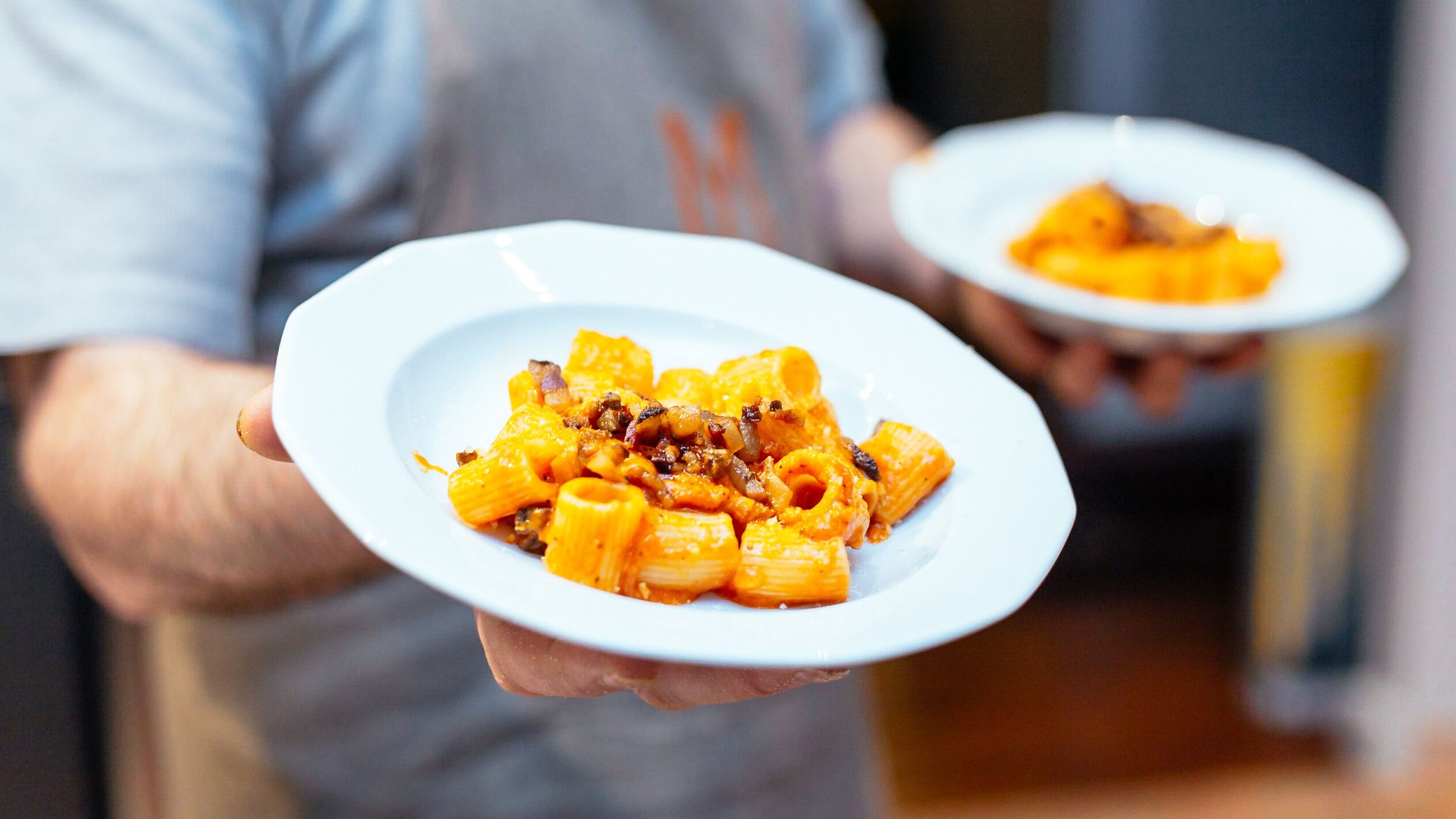 You can’t truly experience Italy without tasting its food. So, make your virtual tour of Rome complete by taking a live online Italian cooking class with a local. Through video chat, connect with a chef in Italy who guides you through making a traditional Italian dish.

With flour, eggs, and a bit of salt, learn the secret to making authentic Italian pasta from scratch. Then, chat with Loris and Giada online as together you whip up decadent tiramisu for desert. You can also bring the whole family into the kitchen to make pizza the Italian way. 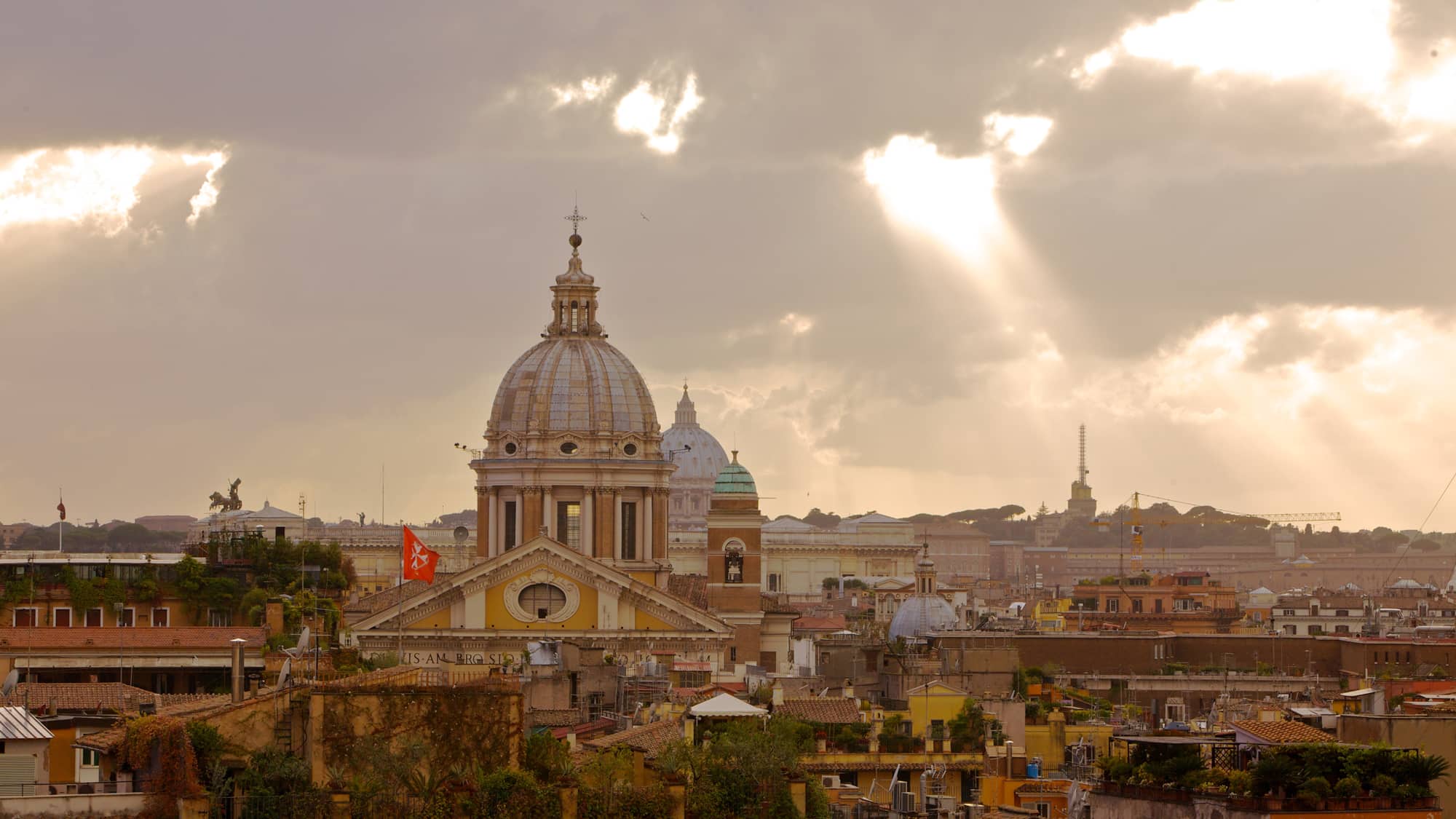 Leave your reality behind as you take a trip to Rome thanks to the magic of movies. Experience the Eternal City on the silver screen in several Academy Award-winning and other critically acclaimed movies. 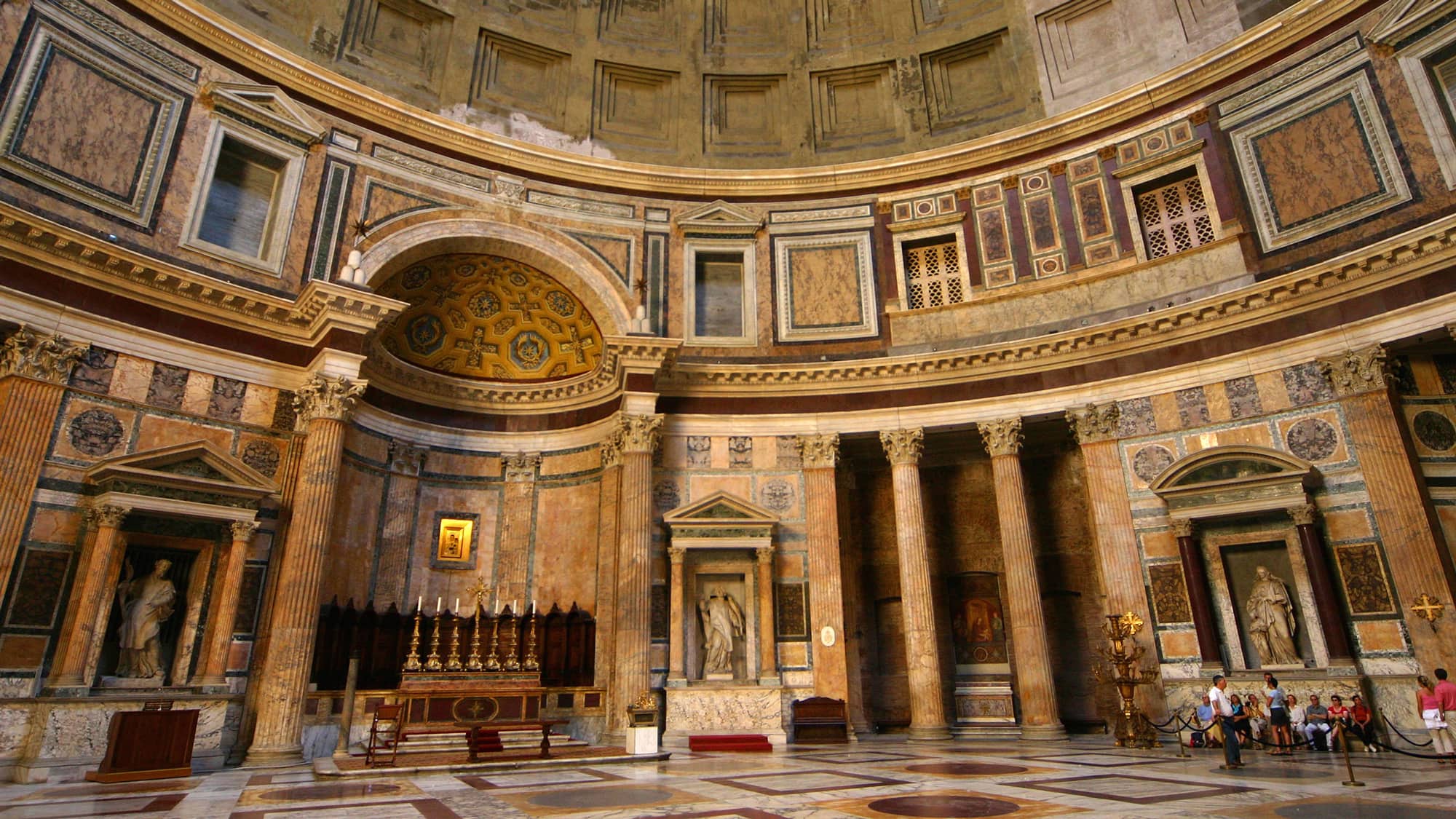 The Eternal City’s long and fascinating history lends itself to stories spanning the Roman era to modern day. Spend some time away from the screen and open a book for an imagination-fueled trip to Rome.

What is your favorite way to take a virtual tour of Rome?