A guide to Antigua, Guatemala

Antigua is a small city in southern Guatemala surrounded by four volcanoes; Pacaya, Agua, Acatenango, and Fuego. It is most recognizable for its Baroque architecture, a style heavily influenced by the Spanish. It is a UNESCO World Heritage Centre and much of the structures and ruins seen today are protected and preserved even as they serve as businesses and homes for locals and travelers.

Guatemala awakens the senses. The sights, the sounds, the colors, the languages and the people are a wonder to behold. This guide, with a focus on Antigua, will help you take in the wonderful experiences your visit has to offer.

Relax before moving on

When arriving to Guatemala City you are met with a bustling, fast-moving city which can be a bit overwhelming for the weary traveler. The ride to Antigua is about two hours.  One way to relax and enjoy a nice meal before taking the drive is to visit the Cayalá City, a business center that was first established in 2007, with private residences added on in 2012. It has grown over the years with shops and restaurants to explore. On weekends and evenings this is a popular spot for locals and families wanting to enjoy some time together.

For an immediate immersion into Guatemalan culture, and a delicious meal, visit Guatemala Espectacular, which highlights not only traditional cuisine but also folklore and cultural entertainment.

A must try is the Pepían, a spicy, meaty stew with both Mayan and Spanish influences. It is one of the most famous Guatemalan stews regularly served in home kitchens. It comes with rice as well as a side of chuchitos, which are like corn tamales in Mexico, but these are wrapped in corn husks.

The Guatemalan tamales are normally wrapped in green banana leaves. Ask for a tasting of their fresh squeezed juices as well and end with molletes, which are sweet bread rolls, stuffed with custard and covered in syrup made of raw sugar, vanilla, cinnamon, and allspice. Some recipes also include raisins, which are delicious either too.

Another way to experience the local flavors of the country is with a coffee farm tour. There’s something really beautiful about the perfect cup of coffee. Like a wine, the quality and flavor is in the small fruit it comes from. Guatemala has over 90,000 coffee producers spread out over 8 regions. Finca Filadelfia in Antigua is one of them. You will walking away knowing a lot more than you did about coffee, and wanting to stack up on their Arabica beans to take with you.

There is not shortage of gorgeous, historic hotels in Antigua. Walking into many of the buildings in the city, whether it be a shop or restaurant, feels like a walk back in time. From the outside they look simple enough but walk in and you get a glimpse of centuries past. Wide wooden doors lead to opened gardens surrounded by square corridors leading into separate rooms and other living spaces. This is because the Spanish would enter their homes on their horses, dismount them and leave them grazing in the central open courtyard. These homes were also incredibly cool and able to resist the hotter temperatures outside.

Though many of the dwellings have been revised to meet the demands of a more contemporary traveler, many original features still remain and environmentalism is a priority for much of the businesses in the area, thus things like air conditioning is not common, though the rooms are cool and often have ceiling fans.

Porta Hotel Antigua is luxury, 4-star colonial style hotel located in central Antigua within walking distance to many popular spots in the city. It is a romantic, but also family- and pet-friendly hotel with a beautiful pool surrounded by trees and colorful flowers, as well as a more secluded pool, perfect with views of the Fuego volcano. It also has a full service spa and restaurant. Its star rating is reflected in every detail, from the comfort of the rooms to the friendly and accommodating staff.

Hotel Casa Santo Domingo is one of the most stunning hotels in the city and includes all the amenities one would expect from a luxury hotel. It was once the Convent of Santo Domingo and considered to be the largest of the 17th century. Santa Marta, the 1773 earthquake that practically destroyed Antigua and pushed everyone out nearly buried the convent and its temple. New ownership came along and in 1989 committed to slowly lifting the rubbles unearthing historic artifacts, many of which are displayed in the various museums throughout the hotel today.

Taking in pieces of Mayan culture

Throughout your travels to Guatemala you will see symbols of Mayan culture everywhere. There are 21 Maya communities in Guatemala, about 51 percent of the population, and 20 different languages spoken among them especially in rural areas. Though the main language is Spanish across the country, these communities hold true to their cultural customs, heritage, and practices as much as they can. A lot of the artistry that many travelers enjoy photographing and even purchasing are representation of many things Maya. For example, the bright colors of the clothing might represent the colorful toucans surrounding their village. The embroidered animals represent those on their farms or in the wild closest to them. Images of water, or wind might represent the most present weather conditions in their region. Understanding the details showcased in the various items of clothing and other accessories helps to better connect you not just with the land, but also with the people.

The many artisan shops, usually run by women, help to sustain the communities where they come from—not just the family of the vendor. Each contribution helps support entire families, many of whom travel from the more rural outskirts of the country to the larger cities for business opportunities. Much of the work is done in traditional ways, respecting the artistry of their ancestry.

Another insight into the beautiful complexity and diversity of this country’s rich culture are the colorful buses, also known as chicken buses which you will mostly see throughout larger cities. These former yellow school buses are outfitted to transport laborers and others from the more rural regions of the country. But the bright colors aren’t just fun to look at. They also represent the region they travel to and let the commuters, who might not speak or read Spanish, know what destinations the bus is assigned. This colorful indicator helps navigate through the various languages and dialects spoken throughout different communities, many of them Maya. And yes, in addition to people, they also are known to help transport produce and livestock, like chickens.

One way to further venture into the practices and beliefs of the Maya is with a tour at Jade Imperio Maya, which is also an artisan and jewelry shop. Here you will learn a bit about the importance of this precious stone to the Maya, a value that for them far superseded that of gold. The stone also had religious meaning and were used to reflect not only the status, but also the importance of the individual wearing it everywhere from earlobes to teeth. You will also learn about the significance of the jade masks, the rarity of the type of jades found only in Guatemala, and see an artisan at work.

The people of Guatemala are proud to share their heritage and stories with travelers. If language is a barrier or to better understand the nuances of this beautiful land, take a guided tour to delve into it even further and connect with locals even more. The warm welcoming of the people are what truly highlights the best of Guatemala. 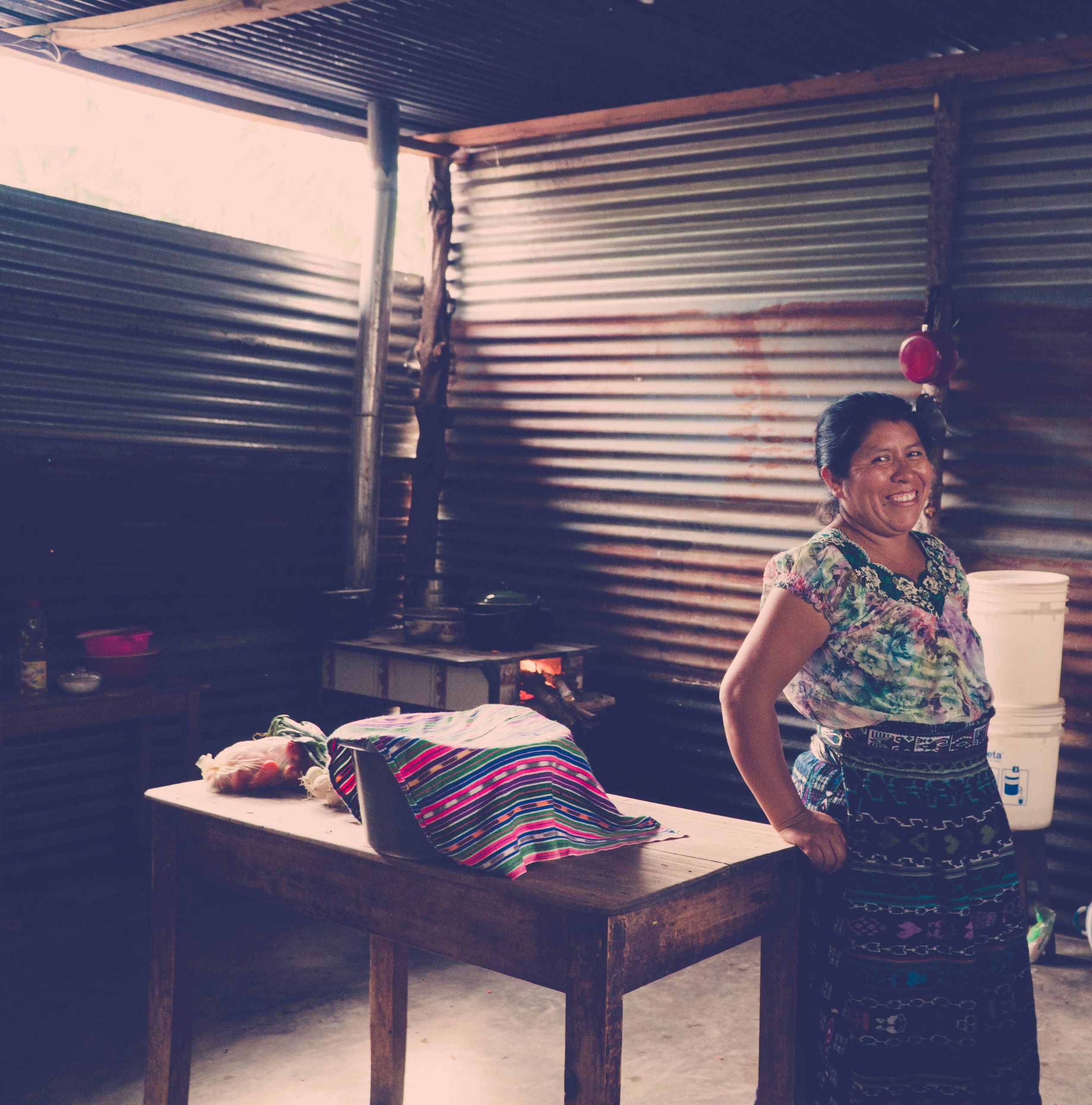 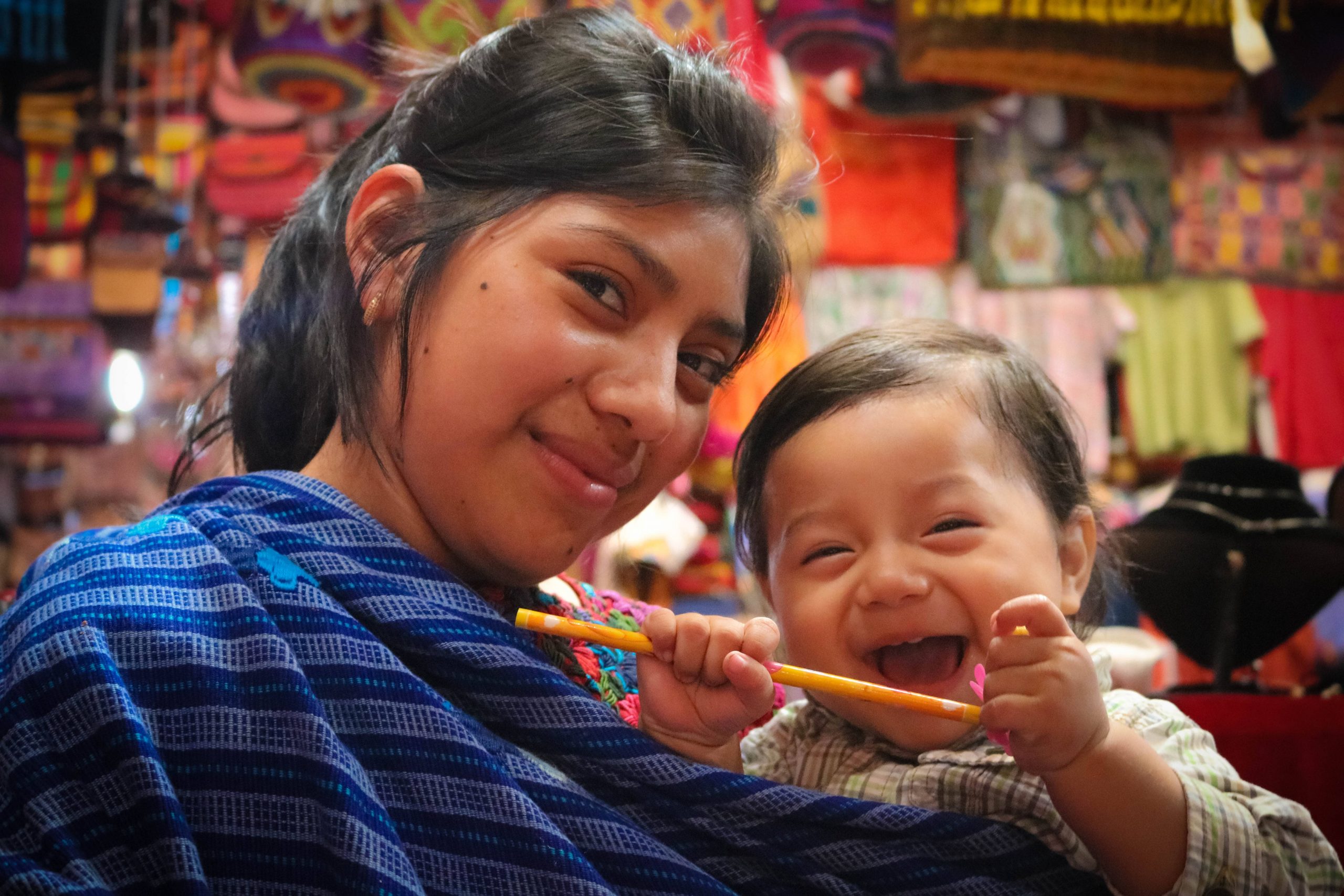 There are a total of 37 volcanoes in Guatemala, most of them extinct or dormant. The active volcanoes are Tacana, Santiaguito, Papaya, and Tacaya. Fuego, near Antigua, is the most active though only moderately till recently. Despite the tragedy of its most recent eruption the Antigua communities are thriving and open for business. There are areas closest to impacted communities that are still rebuilding and recovering, and many volunteer groups still travel in to give their support where needed. These communities still depend and thrive on tourism, and it remains one of the best ways to help rebuild and sustain the businesses of the people there.

The natural scenery of Guatemala, its lush green landscapes will leave you in awe.  To visit Guatemala is to fall in love with a people who are friendly, proud, and welcoming. Guatemala is one of the world’s most ancient, diverse, and beautiful destinations. One visit is never enough and we hope this guide will be a helpful start in that love affair.

For more on Guatemala, read The Colors and Warmth of Guatemala and The Best Food in Guatemala.

What would you like to explore most in Guatemala?

What to do outdoors around Antigua

Hitting the streets and great outdoors of Antigua, Guatemala

A guide to Antigua, Guatemala

Traveling to the heart of Mayan culture in Antigua, Guatemala for an unforgettable vacation

Best places to travel in December

Getting away from it all during the holidays

The best things to do in Cabo San Lucas

Experiencing the many sides of Baja California