You might think the closest you’ll ever get to dinosaurs is in the front row at this summer’s biggest blockbuster, but there are lots of places across the United States where you can find dinosaur bones or tracks and the fossils of other prehistoric species, as well as living, breathing, flying dinosaurs.

Prehistoric dinosaurs are part of a biological group called Dinosauria, and guess what? The sub-group, saurischian, are the ancestors of modern-day birds. As the direct descendants of some of the fiercest creatures in history, birds are dinosaurs, too. In fact, anywhere you go bird-watching, you’re actually dinosaur-watching. And if you’ve ever met an elephant, you’ve rubbed noses with a modern-day incarnation of the mighty mammoth, #iknowright.

Want to know where to find dinosaur fossils and see some of their descendants for yourself? We’ve gathered a list, presented in no particular order, of the best places to uncover the ancient relics and modern-day habitats of dinosaurs and other paleontological wonders — without leaving the country, or this millennium. Can ya dig it? (Seriously, there’s digging involved.) 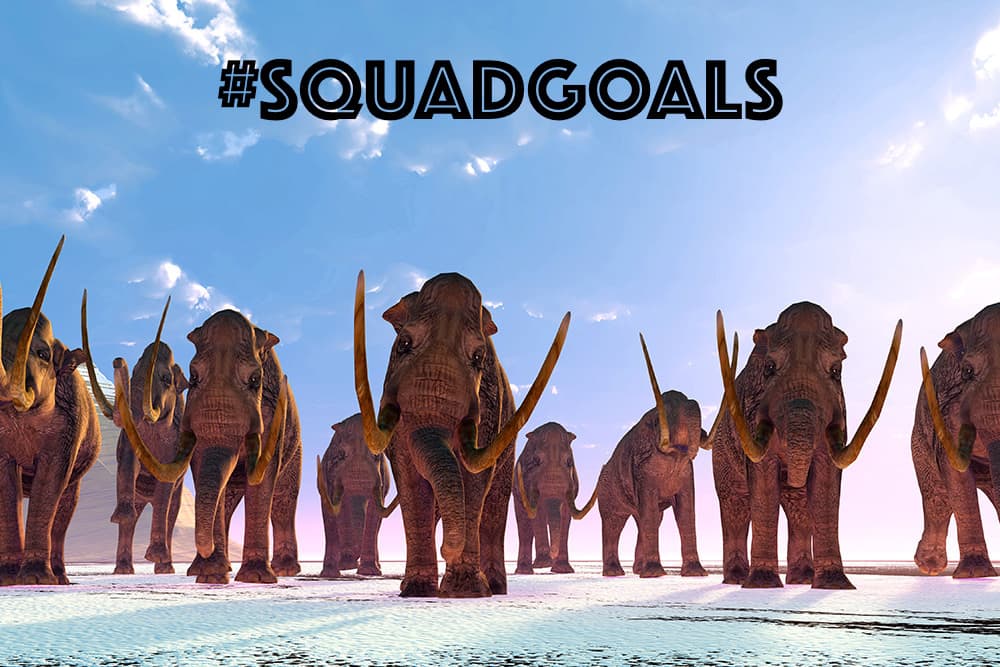 About 65,000 years ago, Columbian mammoths roamed the Waco area — no big deal. Mammoths are not dinosaurs, but they are quite similar to modern-day elephants and their more primitive cousins, mastodons, which are all members of the mammalian order Proboscidea. At Waco Mammoth National Monument, take a ranger-led tour of the nation’s first and only recorded evidence of a nursery herd of Columbian mammoths. Traveling with some future paleontologists? Bring the kids for some fun digging in the children’s mock dig! The Ice Age is pretty cool. 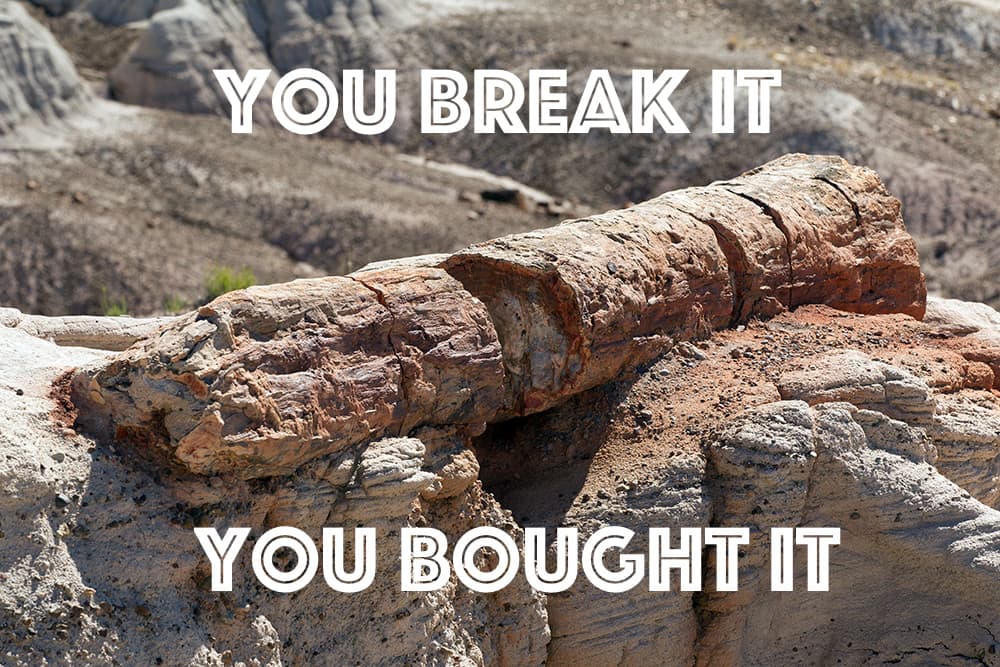 New research suggests that dinosaurs may predate the Grand Canyon. Does this mean they spent their family vacations hiking Grand Canyon National Park just like we do? If they made the trek from the Petrified Forest National Park, they did! From the evidence of prehistoric sloths to marine life deposited in what is now desert terrain, you’ll find a diverse ecosystem dating back to the Paleozoic era at the Grand Canyon. Just 175 miles away, researchers at the Petrified Forest have uncovered the partial skeleton of a Chindesaurus, which is considered one of the world’s oldest dinosaurs ever found. Visit both of these Northern Arizona parks for the ultimate adventure, but leave any fossils you find behind for others to enjoy.

Located just 20 miles north of the neon-lit Vegas Strip, North Las Vegas is home to Tule Springs Fossil Beds National Monument. This site is still quite new, but so far researchers have uncovered evidence of multiple prehistoric mammals from the Ice Age, including the saber-toothed cat. Who knows what they’ll discover next? When you’re ready to take a break from looking for fossils, pet some adorable, adoptable mini saber-toothed doppelgangers. The nonprofit Meow or Never Café & Rescue is set to open in the Las Vegas Arts District by summer 2018, and we can’t wait! Look at these adorable adoptables who are available at local rescue sites through Meow or Never!

Southeastern Virginia is brimming with prehistoric relics, and Jerrasic Park at the Military Aviation Museum is good contemporary fun for all ages. In nearby Newport News, the fun continues along the Dinosaur Discovery Trail at the Virginia Living Museum. Hike up close and personal to realistic replicas of several dinosaur species, including the spry Velociraptor. Remember how we said birds are dinosaurs? Encounter the region’s indigenous and visiting birds at Back Bay National Wildlife Refuge, including red-throated and common loons, and orchard orioles. 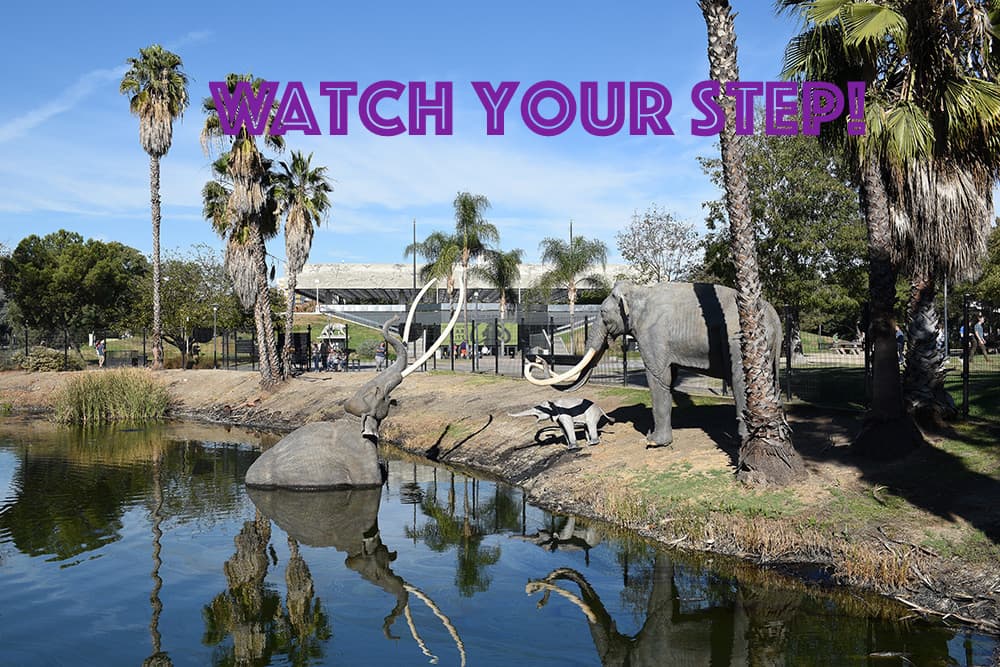 Just 9 miles west of downtown Los Angeles, La Brea is known for its historic — er, prehistoric — tar pits. During the Pleistocene period, American mastodons and other local wildlife gathered at the tar pits, where they got stuck and fossilized over time. The whole LA area is home to many places where fossils are found or displayed. If the kids — or you, let’s be honest — want to be someone who studies dinosaurs and fossils when they grow up, check out the Raymond M. Alf Museum of Paleontology in nearby Claremont, which includes the fossils of an Allosaurus and a Centrosaurus. 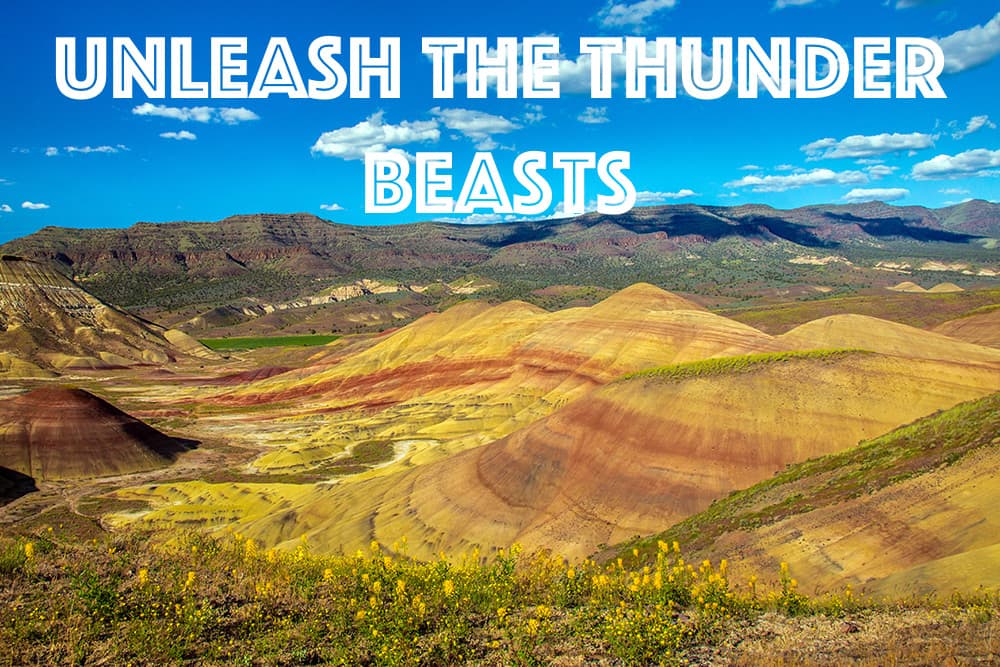 In the John Day Fossil Beds, you’ll find nearly 50 million years of natural history recorded in the colorful landscape. This huge expanse of land is sectioned into assemblages, or multiple areas, where mammals and flowering plant life of the Cenozoic era thrived in varied environments. The Clarno Nut Beds have produced fossils of flora and fauna, including the 10-foot long ancestors of today’s crocodiles and the brontotheres, known affectionately as thunder beasts. Although the fossil beds don’t contain any dinosaur fossils, Thomas Condon Paleontology Center features over 500 other fossils on display, and you can watch researchers studying the rich local history on your next visit.

If you’ve ever wondered where to find dinosaur tracks in the small state of Connecticut, head to Rocky Hill, located just 11 miles south of Hartford. Under the dome at Dinosaur State Park, you’ll find the well-preserved tracks of Jurassic-age dinosaurs preserved for 200 million years. Researchers believe these tracks were made by the official state dinosaur, Dilophosaurus, a pretty rad-looking dino with huge feet made for walkin’.

If you don’t have time to fit a paleontology experience into your next getaway, don’t worry! Here are a few airports in the U.S. that house realistic replicas of dinosaur skeletons. Visit them on your next layover — finding dinosaur bones has never been easier.

Are you taking an archeological adventure this summer?