We came to the Hawaiian island of Lana’i to unwind, play on the beach, and indulge in the lap of luxury at one of the nicest and most talked-about Four Seasons hotels in the world.

We left talking about cats. Hundreds and hundreds of cats.

No, the cats weren’t at Four Seasons Lana’i—the only animals there were the rescue parrots (and, I guess, the spinner dolphins that regularly swim into Hulopo’e Bay). Instead, the furry felines were a 30-minute hotel-shuttle (or taxi) ride away, at a magical place named the Lana’i Cat Sanctuary.

On paper, the Sanctuary works like any other cat shelter. Residents are either former feral cats or animals that were abandoned by their owners. Just about all of the kitties are available for adoption.

In practice, however, the 25,000-square-foot Cat Sanctuary operates like a free cat café without the coffee. You go. You sign in. You clean your hands with a squirt of (complimentary) hand sanitizer. Then you enter the main habitat. And you spend the rest of your visit petting and feeding and playing with more cats than you’ve ever seen in one place at any other time in your life.

Overall population numbers vary depending on the time of year. On the day we visited in late July, there were 495 cats there. To quote my kids’ favorite book, “Millions of Cats,” by Wanda Gag, there were “cats here, cats there, cats and kittens everywhere.”

(In case you’re wondering how the place smells, it doesn’t. Seven giant “latrines” are hand-scooped multiple times a day, and the trade winds help keep unpleasant odors from lingering.)

During the two hours we stayed, my three daughters were in their glory. The 7-year-old hugged and cradled about 10 different animals. The 4-year-old hung out with kittens in a special area dubbed the “Kittengarten.” The 8-month-old laughed and giggled from her perch in Momma’s baby carrier, occasionally reaching out to touch one of the kitties my wife picked up.

The kids could have stayed all day. And they’ve not stopped talking about it since.

Keoni Vaughn, the Sanctuary’s executive director, likens the facility to the “Furr Seasons,” a play on the name, Four Seasons, because of how luxurious it is for the cats. The comparison is apt. Both places make for an unforgettable experience on Lana’i. We can’t wait to go back. 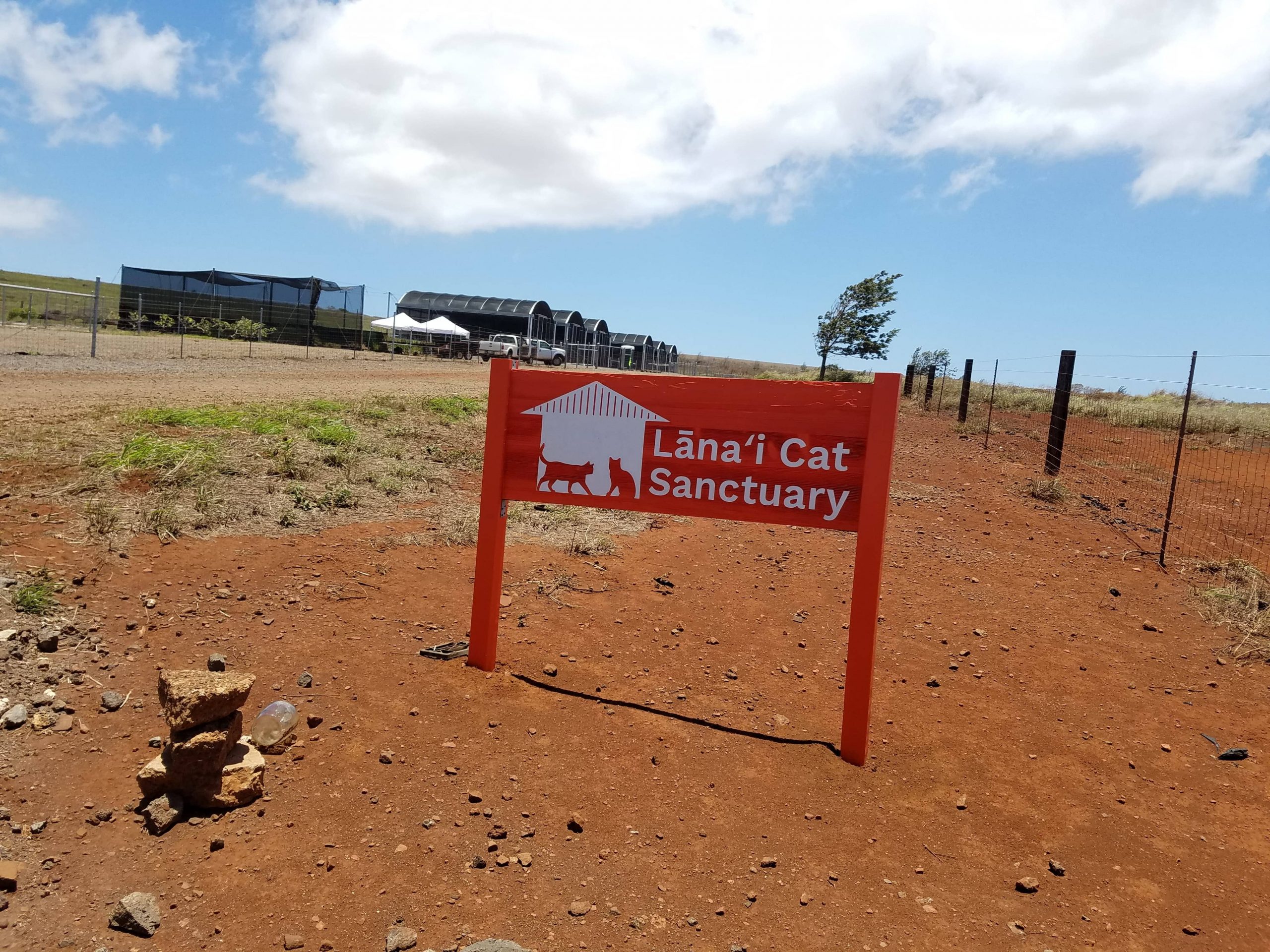 The sign for the Lana’i Cat Sanctuary is as unassuming as the place itself. The facility is located just west of the island’s tiny airport. 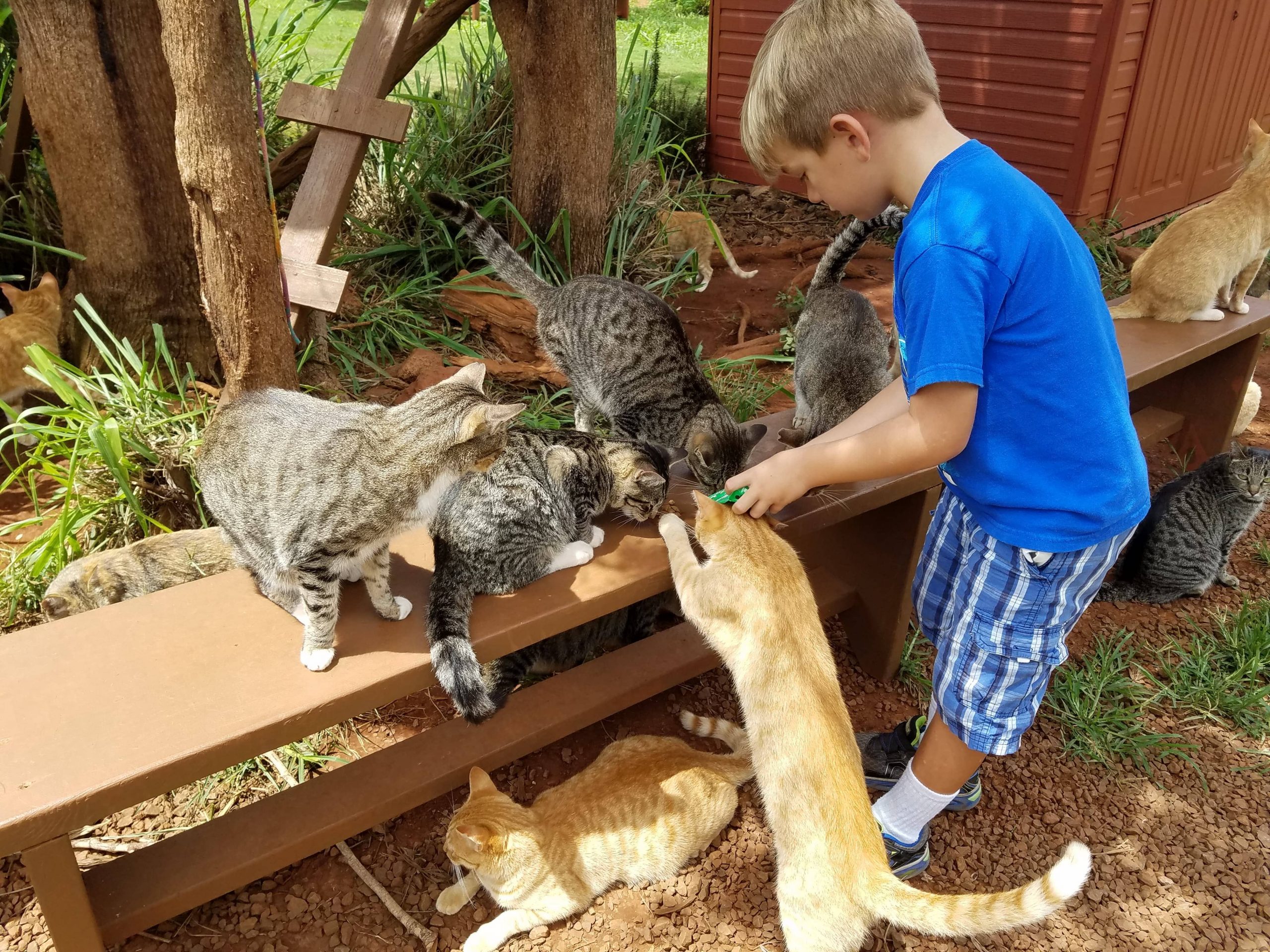 Sanctuary staffers allow kids (and grownups, don’t worry) to feed the kitties snacks throughout the day. The cats get very excited when they know treats are imminent. 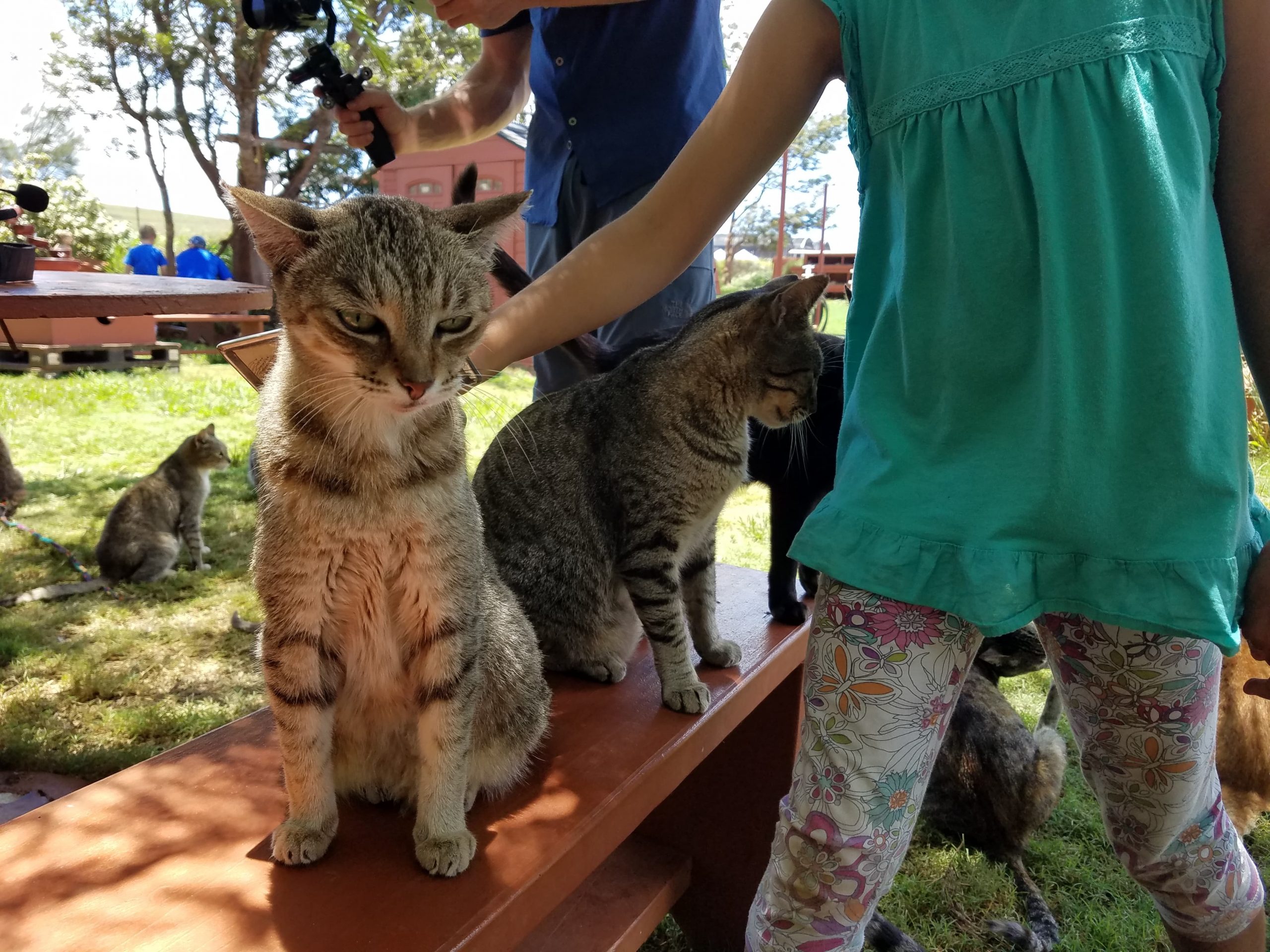 Everybody knows cats love attention, and the kitties at the Sanctuary are no exception to this rule. In many cases, the cats will follow you around and nuzzle you until you pet them. 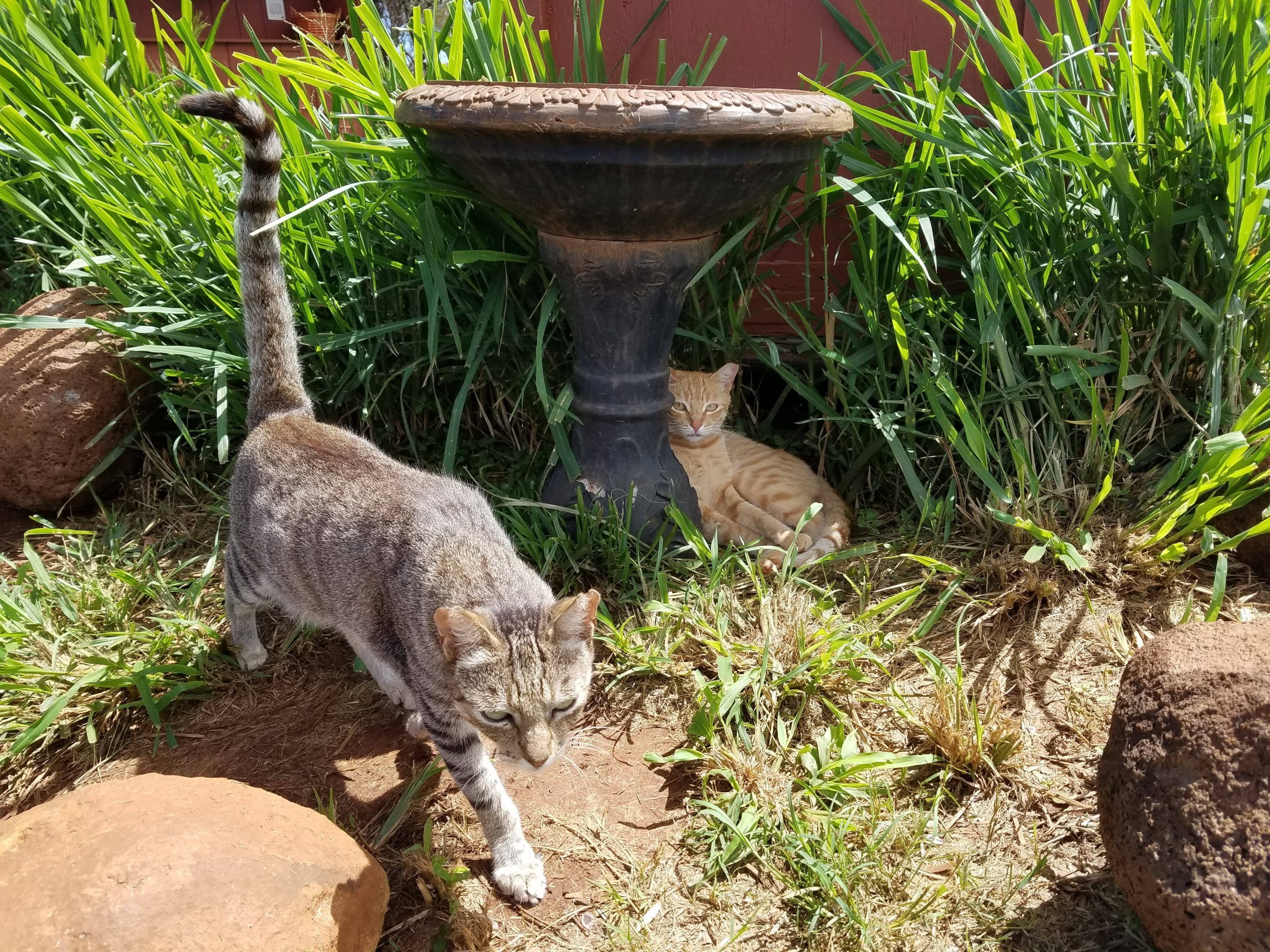 Some of the cats at the Lana’i Cat Sanctuary prefer to sit quietly in the grass and relax. 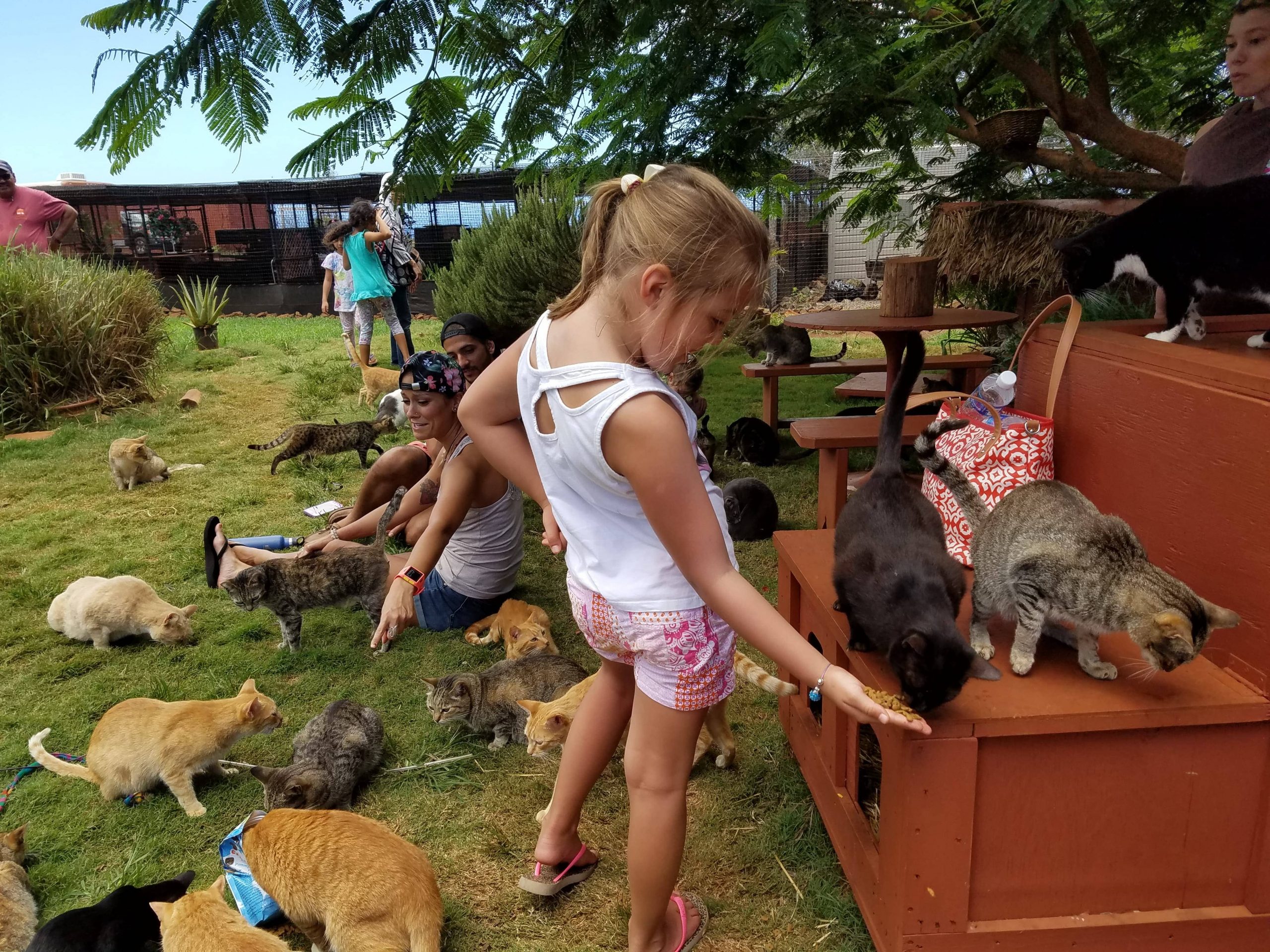 My biggest girl was in her absolute glory at the Lana’i Cat Sanctuary. When she wasn’t hugging and cradling the cats, she was feeding them. 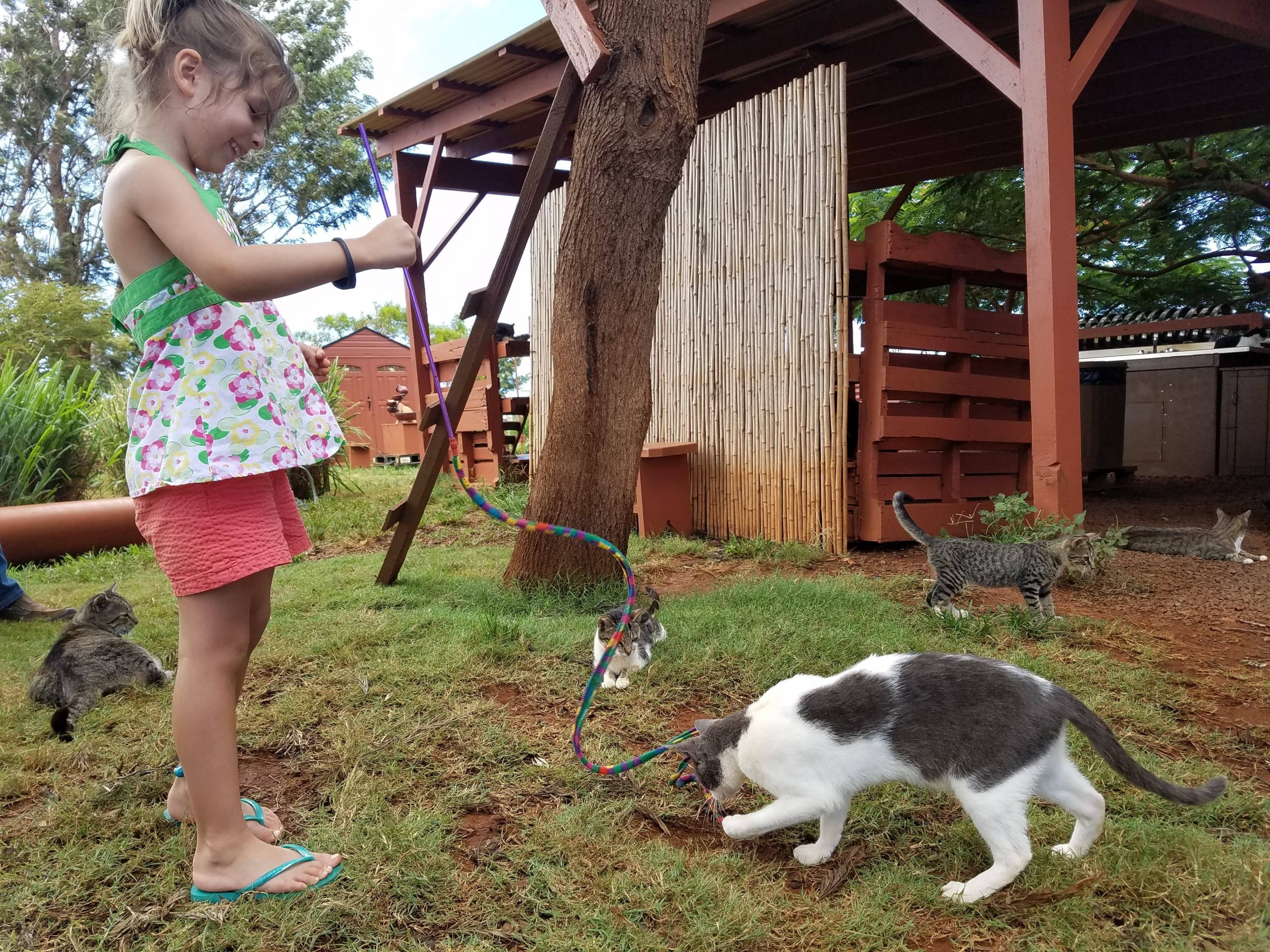 My middle daughter spent most of our time at the Lana’i Cat Sanctuary playing with the cats. This particular kitty loved chasing strings. 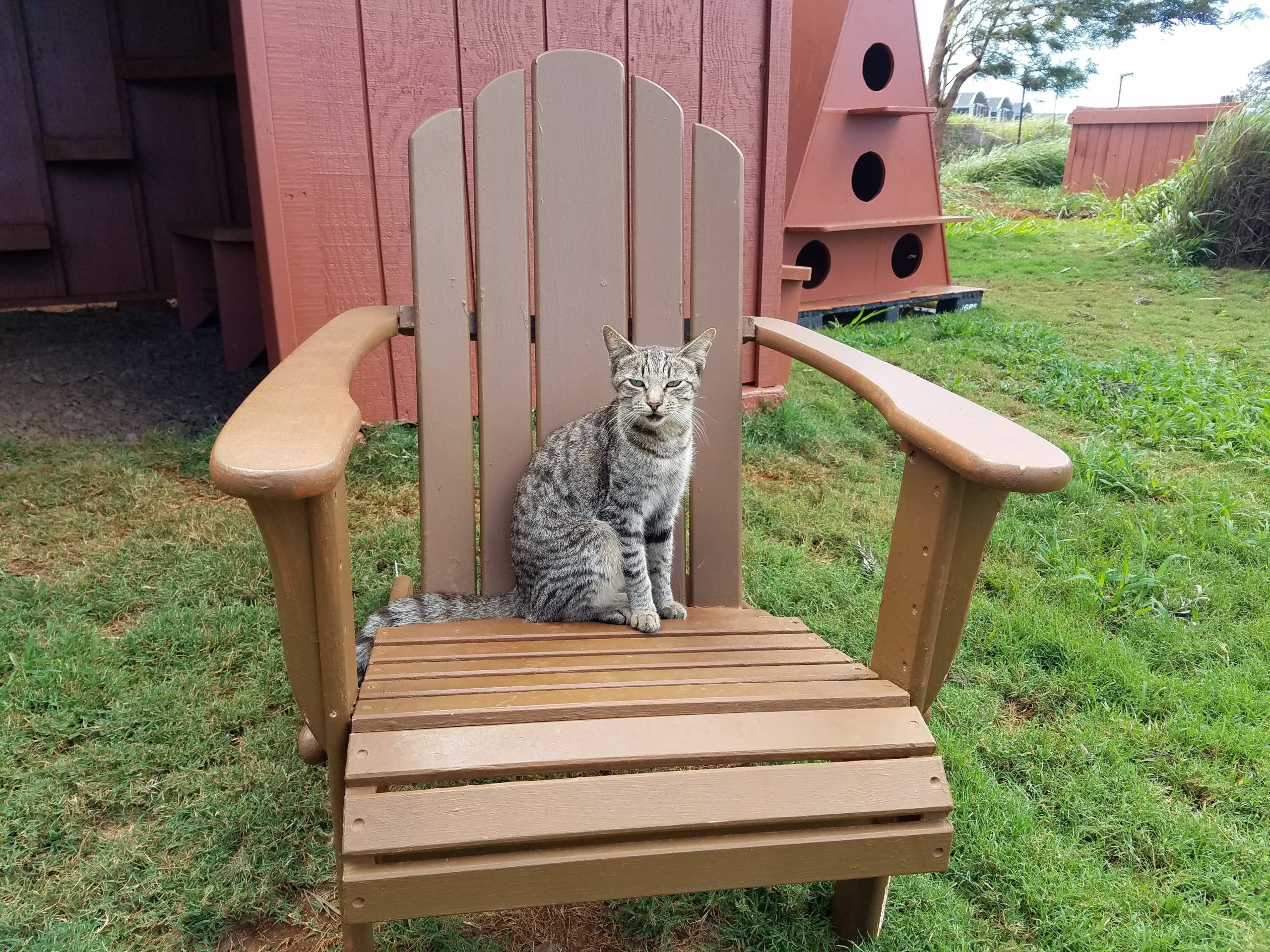 After two hours at the Sanctuary, I was ready to sit down. This cat made it clear I was not welcome to sit here. 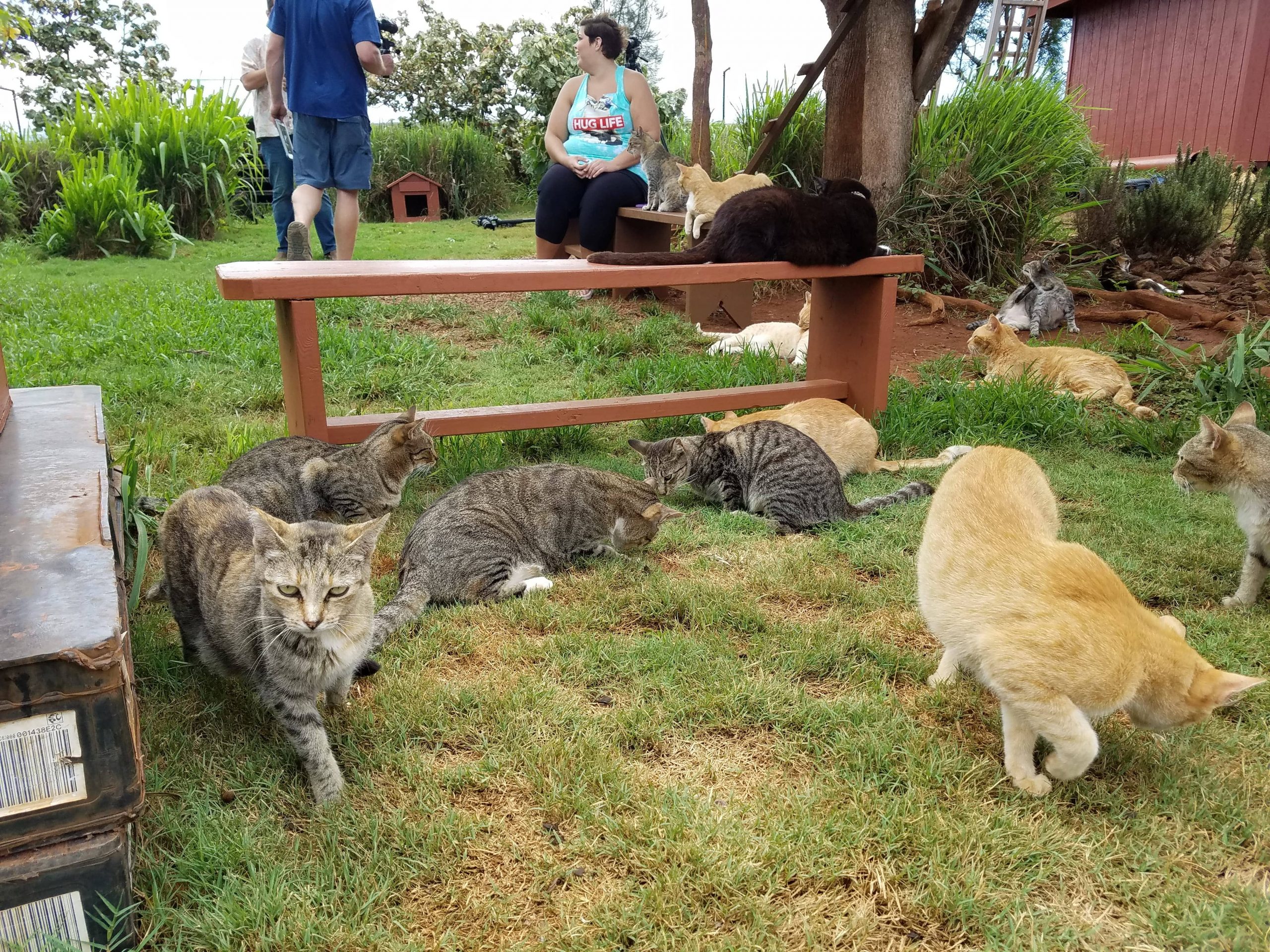 There really were cats everywhere at the Lana’i Cat Sanctuary. For cat lovers, the destination is a must-see.

How do you like to interact with animals when you travel?