6 Places to Hang with Monkeys in the Wild

If you’re the type of person who throws a primate party for Monkey Day or if you just like adorable simians, plan your next vacation to hang with monkeys in the wild. From the hot springs of Japan to the forests of Zanzibar, here are some of the best places in the world to see monkeys monkeying around in nature. 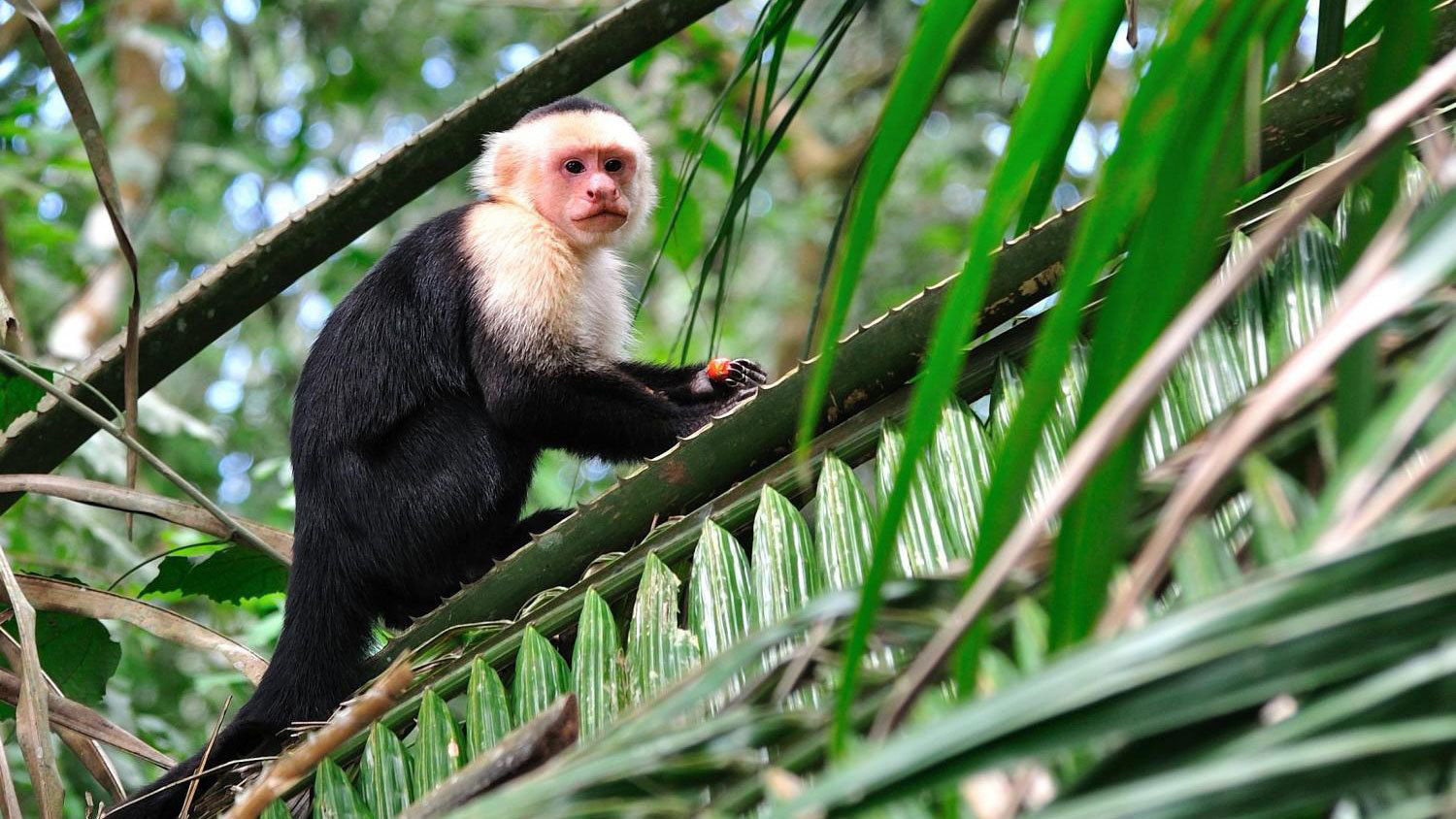 Not much larger than their namesakes, squirrel monkeys are the smallest primates you can find in Costa Rica. Listen for the loud rasping roars of the aptly named howler monkeys and watch for capuchins swinging through the trees with their prehensile tails. Also, if you’re lucky, you might even see a sloth! 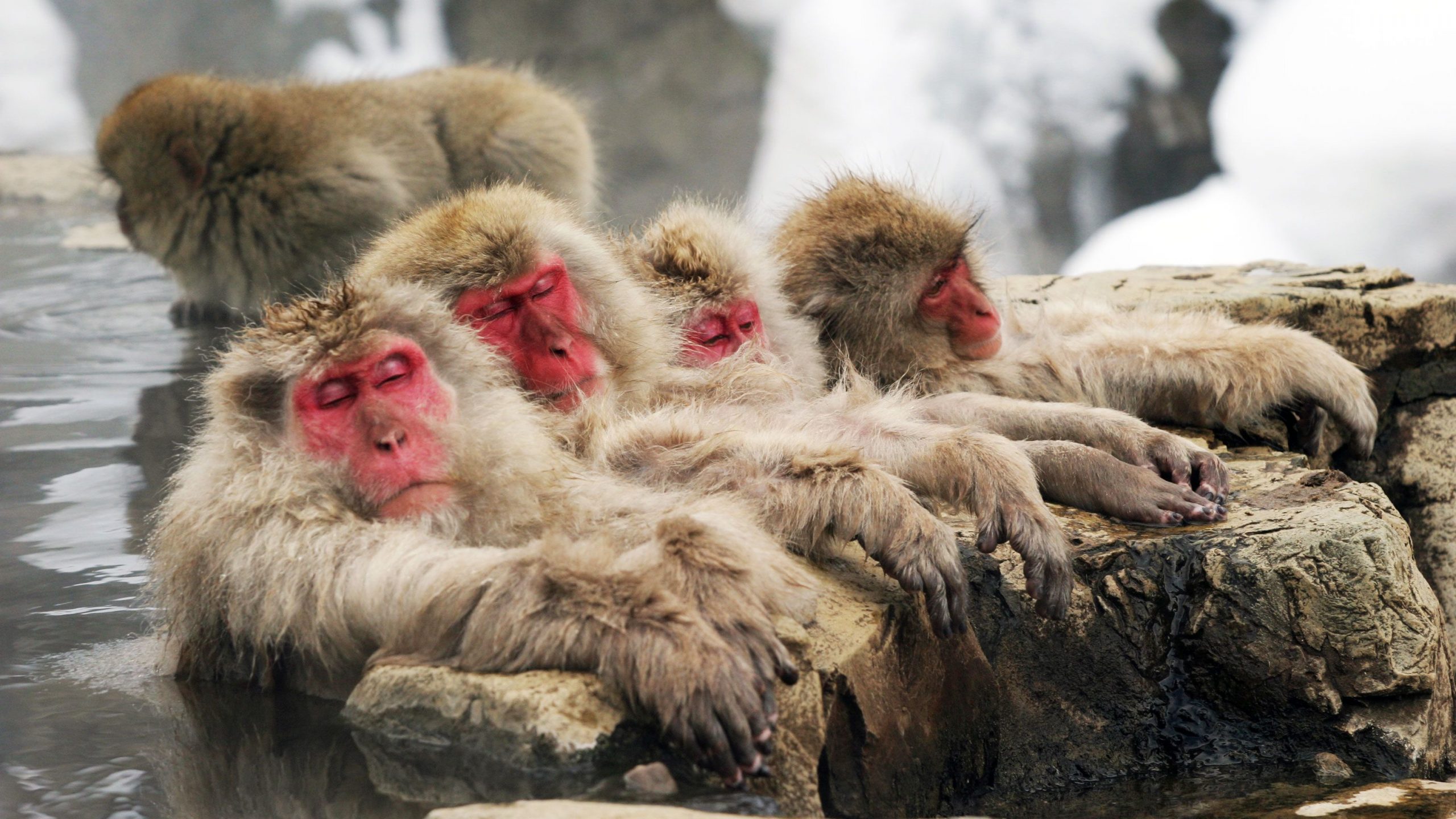 If you love monkeys, you’ve probably seen pictures of Japan’s snow monkeys soaking in hot springs or rolling snowballs. Bundle up to see their adorable winter antics in person by visiting the Snow Monkey Park near Joshinestu Kogen National Park in Nagano. During the warmer months, the Japanese macaques don’t bathe as much, but baby monkeys scamper about and play. Take a day trip from Tokyo to see the snow monkeys or book a nearby ryokan to soak in some hot springs yourself. 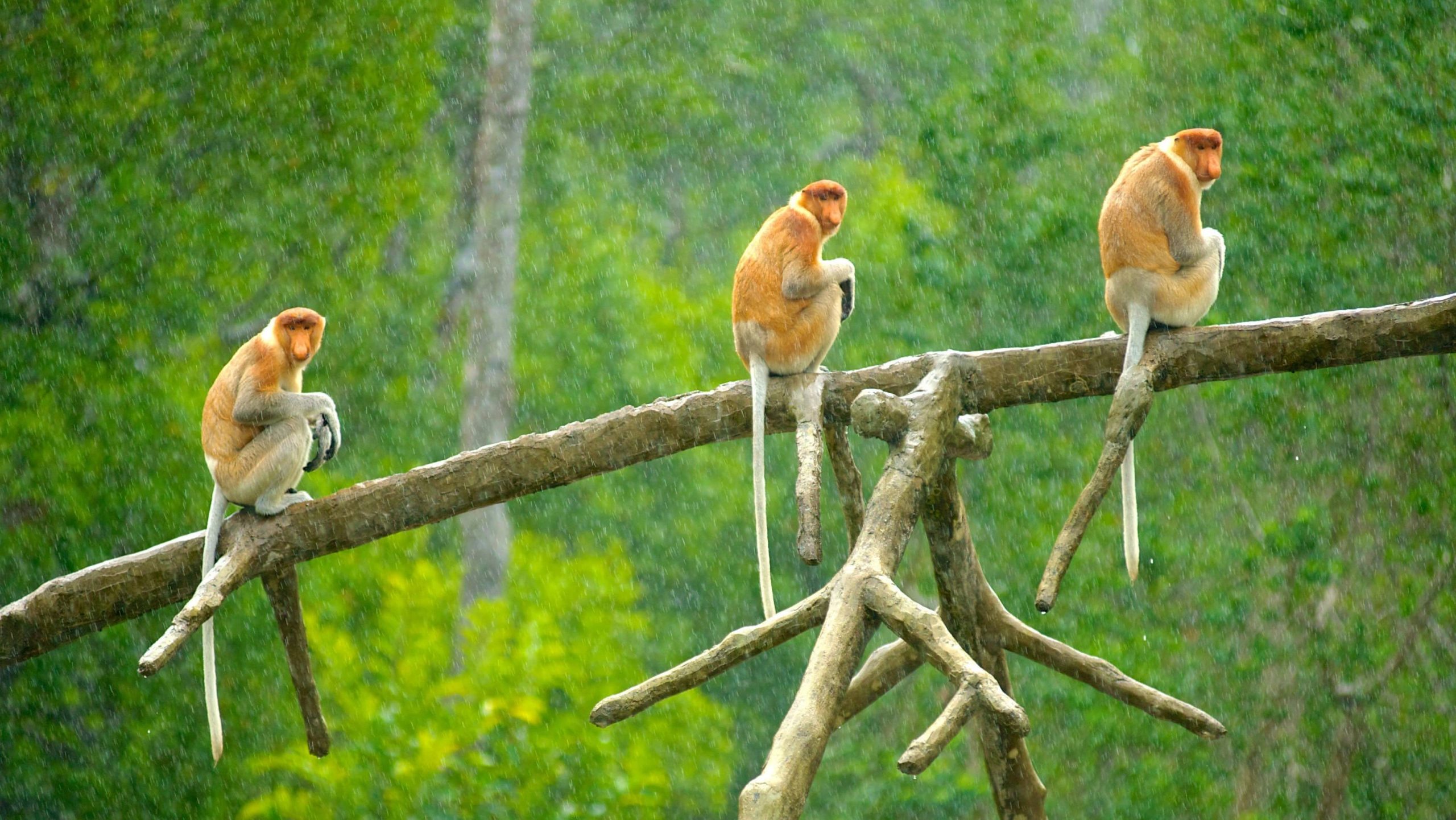 Only found on the island of Borneo, endangered proboscis monkeys make quite a sight with their unusually large noses. Glide through the mangroves on a boat tour to see families of reddish-furred proboscis monkeys feeding in the treetops. Believe it or not, male proboscis monkeys use their huge noses to attract females. Not only that, proboscis monkeys are the champion swimmers of the primate world. They use their semi-webbed hands and feet to outswim crocodiles. While cruising down the river on a proboscis monkey tour, keep an eye out for other wildlife native to Borneo, such as orangutans, hornbills, and pygmy elephants. 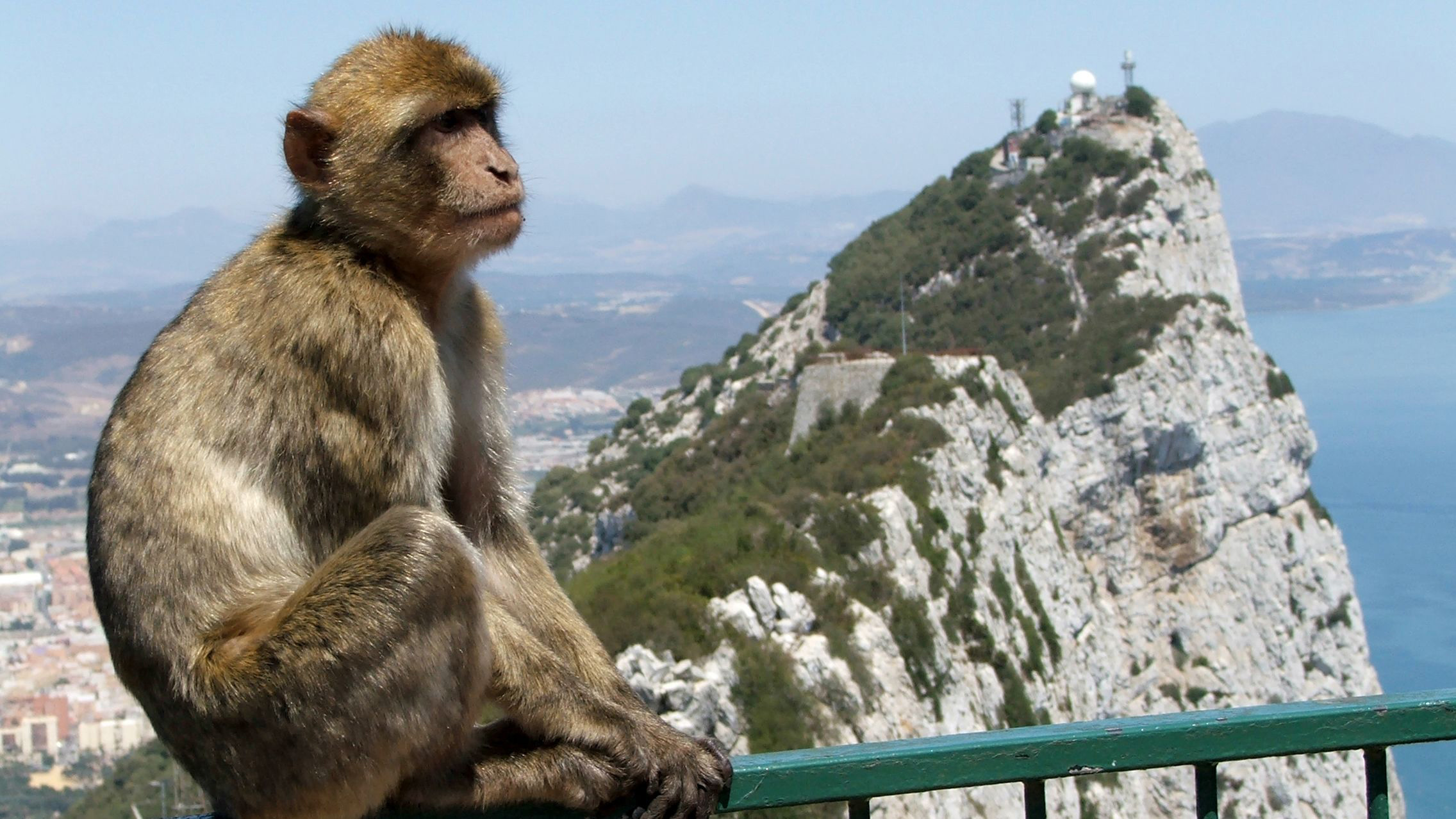 You’ll find the only wild monkeys in Europe hanging out at the Rock of Gibraltar. Ride the cable car up to the lookout point to snap photos of these famous Barbary macaques with a gorgeous view of Moroccan mountains across the water.

Just keep a close eye on your possessions! These cheeky monkeys have learned to unzip bags to steal food from unsuspecting tourists. Purposefully feeding the monkeys is illegal. However, if you respect their space, it’s easy to get close enough for a cute picture. 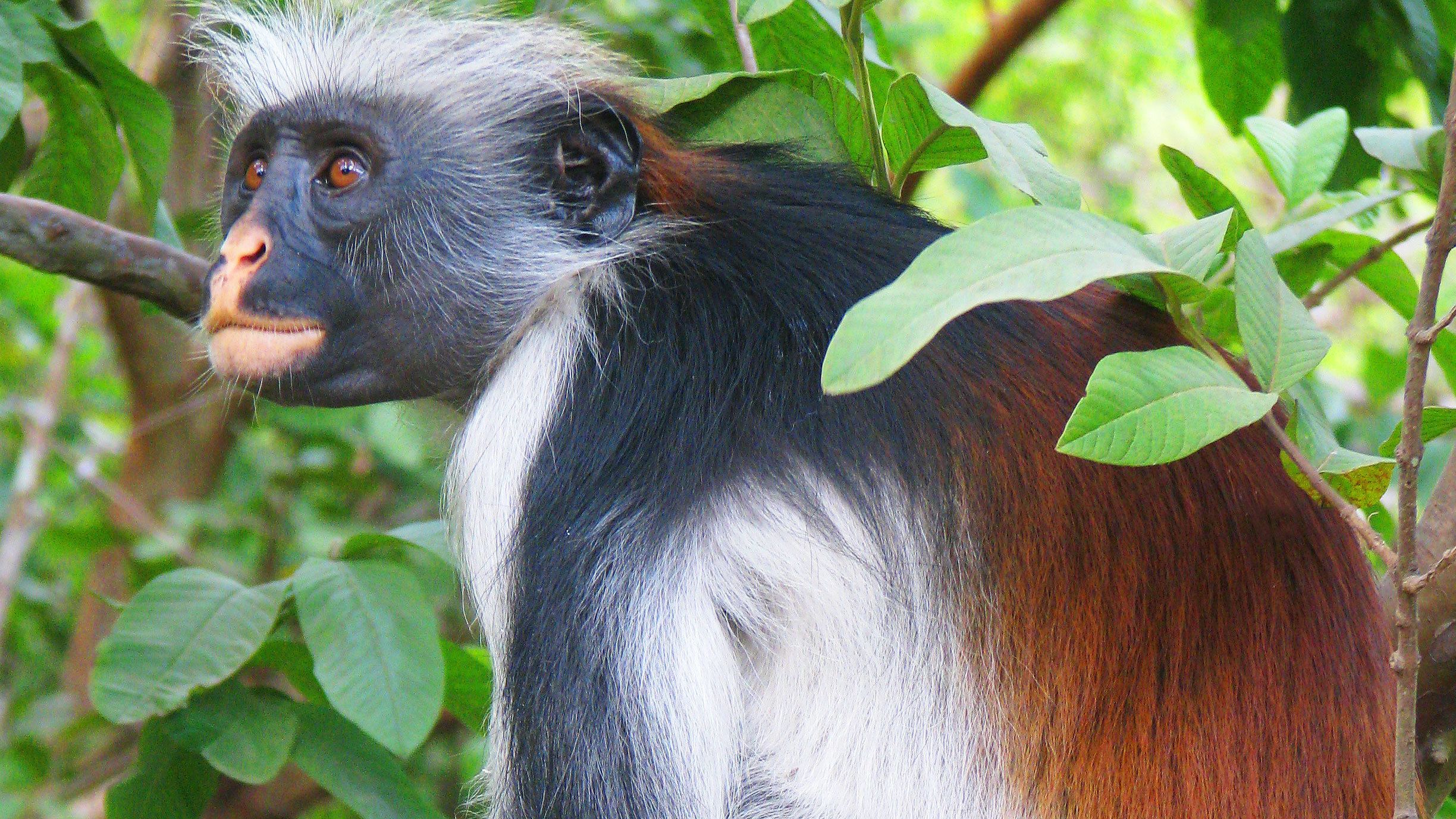 Head to the island of Zanzibar off the coast of Tanzania for to see endangered red colobus monkeys in the Jozani Forest. With hair like Einstein and a pink nose and lips, Zanzibar red colobus monkeys make for adorably photogenic primates. As birds sing in the trees and colorful butterflies flit by, walk the trails of Jozani Chwaka Bay National Park with an eye on the canopy. Go with a naturalist guide who knows where the wild monkeys like to hang out for your best chance to see some. 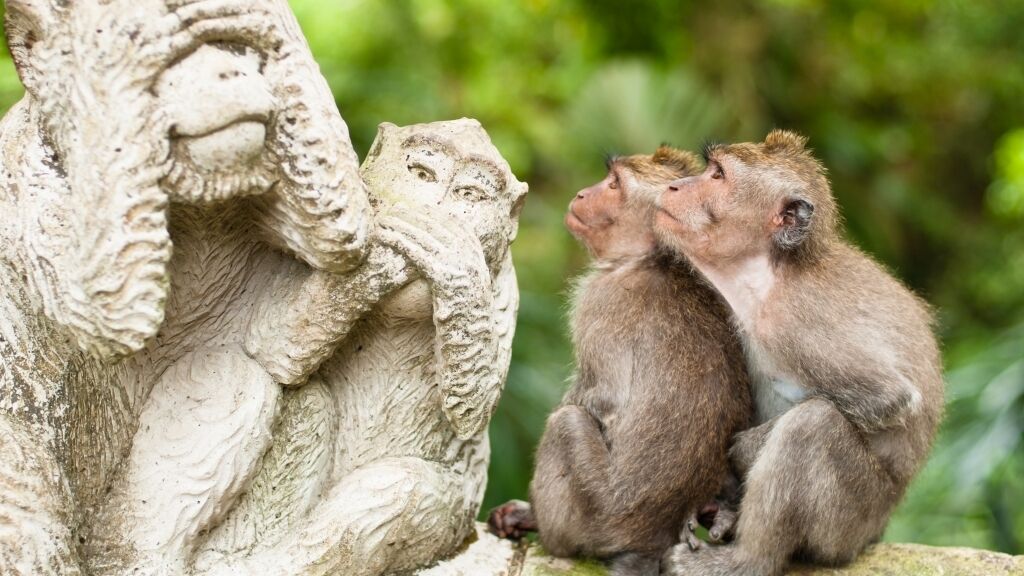 Watch long-tailed macaques climb over moss-covered statues and Hindu shrines tucked into the jungle in the Sacred Monkey Forest in Bali. Since they encounter people every day, these primates often allow visitors to get quite close. But be careful not to take anything edible or shiny into the Monkey Forest. Mischievous monkeys often steal water bottles, sunglasses, and even jewelry from unsuspecting tourists. You’ll find a lot of monkeys near the entrance where they get fed, but be sure to wander the forest paths across intricately carved bridges surrounded by jungle vines for a storybook experience.

Where do you want to go to see wild monkeys?