Just a few months ago, Mother Nature showed us her ugly side, striking with hurricanes, storms, and earthquakes. Those in the line of destruction hunkered down or evacuated, while the rest of the nation stood by, sending positive vibes during and donations and supplies after the damage was done. 10 places making a comeback after natural disasters

Images of flooded streets and crumbled buildings inundated our TV screens and news feeds, as communities worked to recover and rebuild. Of course, there was widespread destruction, but in some cases, the photos of damage outnumbered the pictures of recovery, leaving many wondering about the current state of these disaster areas.

Because of this confusion, many cities, some of which were entirely unaffected by natural disasters, have seen fewer visitors—something that is especially alarming for regions that rely heavily on tourism. Meanwhile, plenty of cities have already undergone natural disaster recovery and are back in business, but are still waiting for the word to get out.

This negative impact of natural disasters on tourism has left travelers wondering where is safe to travel right now, so we wanted to set the record straight. Our guide provides insight into just ten of the many areas—from Texas to the Caribbean—that are eager to welcome tourists with open arms. Before booking a trip though, be sure to call in advance to ensure your prospective hotel and attractions are open and ready for your arrival.

Miami felt much of the brunt of Hurricane Irma—and the news coverage that followed. Though the coastal city did experience destruction, it seems more damage may have occurred to the city’s image than the destination itself. The Magic City is in fact up and running, with few remaining signs of the hurricane’s wrath. Flights are going in and out of Miami International, and cruises are coming and going from PortMiami. The majority of attractions such as Vizcaya Museum and Gardens and Miami Beach have since reopened, and hotels are business as usual.

The Keys were in Irma’s direct path, so they did receive an extensive amount of damage. However, thanks to strong community efforts and some major resiliency, the tropical islands were able to reopen in early October—ahead of schedule. Though there may still be debris leftover and some businesses that are yet to recover, the region’s spirit is alive and well, as many hotels, bars, and excursions are eagerly awaiting visitors—some are even offering special discounts. The bridges connecting the islands are open, and cruise ships have begun servicing the islands again.

While much of the stretch has transformed since the storm, parts of Marathon and the Lower Keys are still experiencing reconstruction, so call in advance of your trip to check on the status of specific areas.

Florida’s west coast took a beating during Hurricane Irma, but by late September, Fort Myers and Sanibel Island were back at it. The beaches, such as Captiva Island, Bonita Springs, and Boca Grande, among others, have all reopened and passed their water testing. Southwest Florida International Airport is running as usual, and many of the parks and businesses have rebounded or are well on their way. Though some places were severely damaged, they are on the road to recovery, as attractions such as the Edison & Ford Winter Estates and the Six Mile Cypress Slough Preserve have already begun operating again.

Hurricane Irma hit Paradise Coast along Florida’s Gulf Coast, but Naples and Marco Island are making a strong come back. The storm flooded the region, knocking out the power, but fewer than three months later, you can hardly tell there was a catastrophic event. There may be some debris left behind, but most hotels, restaurants, and businesses are all beginning to open up shop. (Some accommodations are set to reopen through November and December, too). Attractions, including Naples Botanical Garden and the Marco Island Historical Museum, are open again, while Everglades National Park Boat Tours are set to resume in mid-November.

Hurricane Harvey pummeled the Gulf Coast in August, but Galveston managed to avoid the worst of it. Though there was damage and flooding, much of the city’s tourist attractions and historic sites stayed intact. In fact, many of the island’s businesses were able to reopen in time for Labor Day. Tourists can expect the Galveston they know and love, as nearly everything is back to normal, from the hotels and restaurants to attractions, like Moody Gardens and Pleasure Pier.

Houston was on everyone’s mind, as Hurricane Harvey tore through the Texas city. Yes, the destruction was devastating, but the community banded together, rebuilding in record time. Many of the hotels, restaurants, and landmarks only sustained minor damage or have since been repaired. Though the natural disaster certainly affected tourism, Houston’s star attractions, such as Space Center Houston and the Museum of Fine Arts are welcoming tourists to enjoy the city despite the hardships.

While the city is on the path to a speedy recovery, do realize there are still signs of the natural disaster: some debris is still waiting to be picked up, Wortham Theater Center is not open due to severe water damage, and East Houston Regional Medical Center is closed indefinitely. 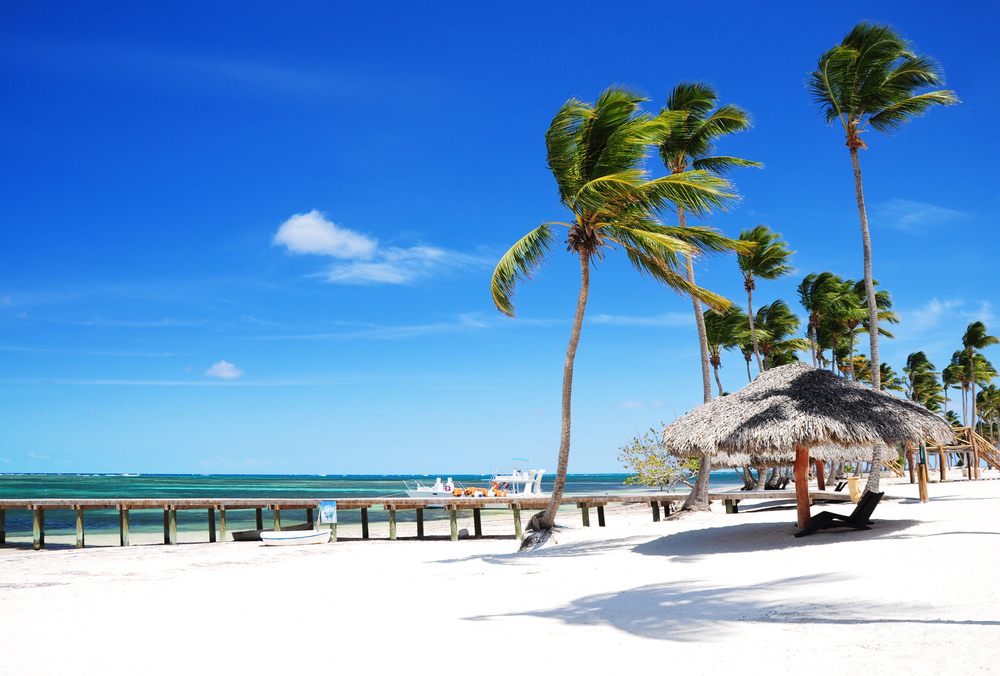 Hurricanes Irma and Maria did sweep through the Dominican Republic, but the island was largely unaffected. Though there were some downed trees, cosmetic damage, and flooding, the major tourist areas, such as Santo Domingo, Puerto Plata, and Punta Cana, are all in good shape. The airports and resorts are operating as usual, and it’s considered safe to travel to this part of the Caribbean. 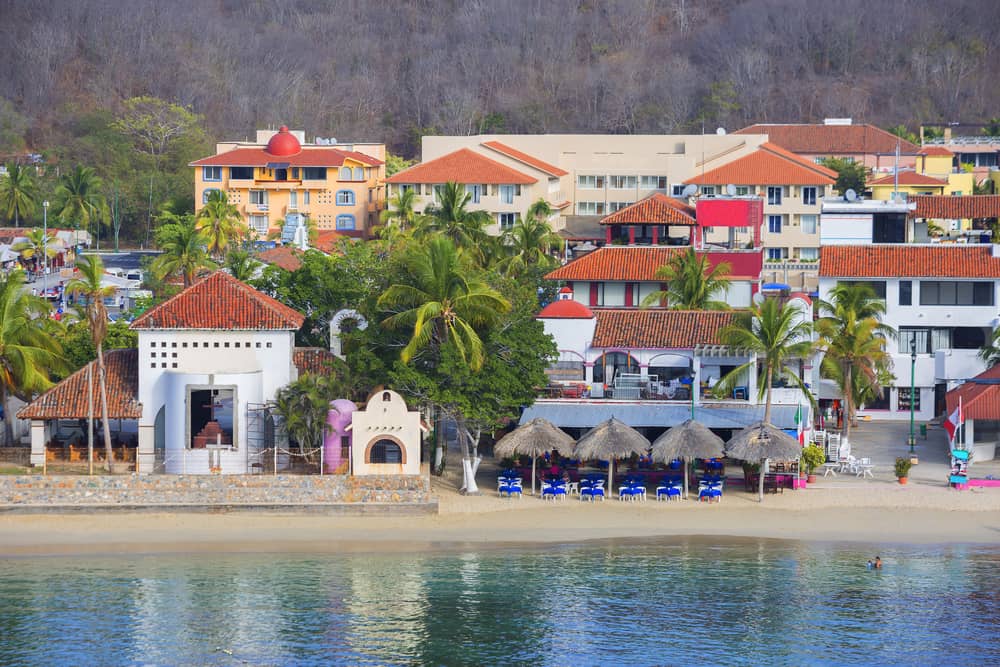 Huatulco is part of the Oaxaca region, which the 8.1-magnitude earthquake hit in September, but the city was spared any major damage. As a result of the earthquake, small tsunami waves washed ashore, but they only measured around two feet high. Because of the words “earthquake” and “tsunami” surrounding this region, it’s no wonder tourists are second guessing a trip here. However, it’s all sunshine in this coastal destination, where the local businesses are open as ever. 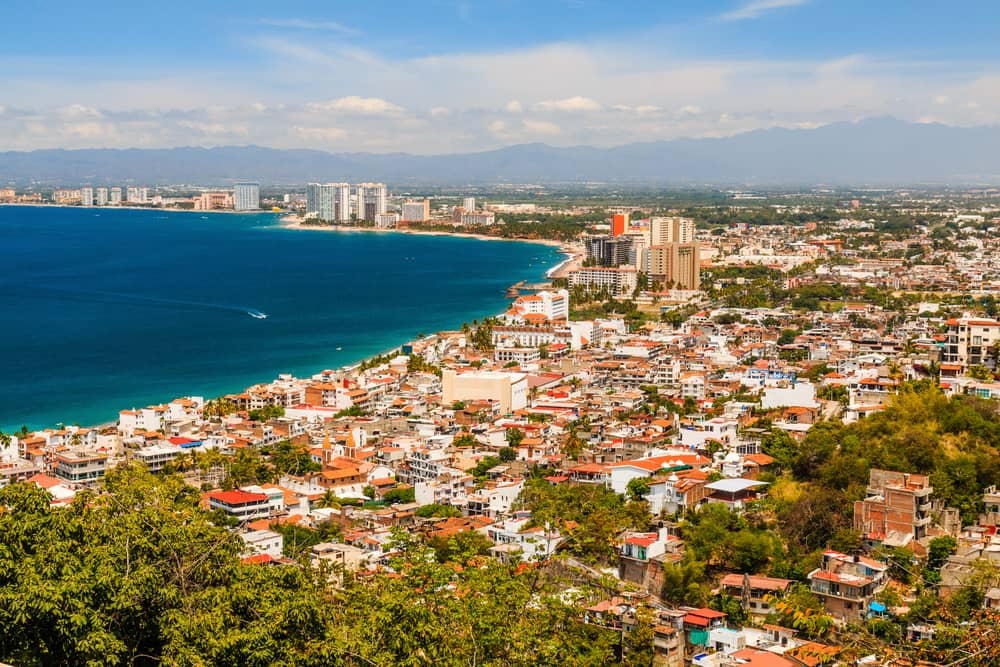 Mexico has been in the news a lot, particularly because of the major earthquake that struck Mexico City in September. While the tragedy caused serious destruction in certain areas, Puerto Vallarta did not experience any effects, as it’s located on Mexico’s Pacific coastline. Between the pristine beaches and the historical attractions, along with the hardy nightlife, the tourist scene is very much still going strong.

It’s not only the areas that got hit by natural disasters that are experiencing a loss in tourism. Barbados, for example, wasn’t hit by Maria nor Irma, yet travelers are wary to journey to the Caribbean due to confusion over what regions were damaged. Though sympathetic to its neighbors in need, Barbados is very much open and equipped to take on tourists. Attractions such as Dover Beach and St. Nicholas Abbey are welcoming as ever, while The Fairmont Royal Pavilion has undergone fresh renovations set to be revealed in mid-November.

In what other areas are natural disasters affecting tourism?