With a county population of more than 10 million people and over 48 million tourists a year, it should come as no surprise that Los Angeles is brimming with event tickets and things to do to keep you entertained. As spring and summer are particularly popular times to visit the Entertainment Capital of the World, the seasons boast endless events, from thrilling sports games to big-name music fests to Broadway shows on their national tours.

Take to the sunny Colorado Desert east of Los Angeles for the annual Coachella Music and Arts Festival. As one of the longest-running and highest-attended music festivals in the US, Coachella attracts thousands of fans and celebrities each year for 2 straight weekends of music, parties, lounges, contests, food, drinks, and more. This year, the festival kicks off on April 13 with headliner The Weeknd and continues with Beyoncé and Eminem, as well as more than 150 other acts, including St. Vincent, Haim, Tyler the Creator, Fleet Foxes, Odesza, and Cardi B.

It’s all about her reclaiming her reputation as Taylor Swift kicks off her fifth worldwide tour in early May. For 2 nights, the pop sensation is bringing her top hits to a stadium concert at the Rose Bowl, supported by opening arts Camila Cabello and Charli XCX. Dance and sing along to catchy singles such as “Look What You Made Me Do,” “Getaway Car,” and “I Did Something Bad”— songs that touch on her relationships, feuds, and fallouts with people like Kanye West, Kim Kardashian, DJ David Mueller, and exes Tom Hiddleston and Calvin Harris.

Disney’s Beauty and the Beast: In Concert

Live-action Disney movies are definitely having a moment, but this summer, there’s an actual live Beauty and the Beast coming to Los Angeles. Over Memorial Day Weekend at the Hollywood Bowl, the classic film comes to life as it’s played on the big screen, accompanied by a world-class orchestra and an all-star cast singing the songs. With Zooey Deschanel taking on the role of Belle and Anthony Evans as Beast, not to mention an inspired cast that includes Taye Diggs, Rebel Wilson, Kelsey Grammer, and Jane Krakowski, this is an event that’s sure to delight Disney lovers of all ages.

Don’t miss your chance to catch the Vans Warped Tour 2018 on its final full cross-country run. For more than 2 decades, the traveling festival has drawn millions of fans of rock, punk, emo, indie, electronic, metal, and more to the biggest backyard party of the summer. With more than 50 bands playing across 6 stages, you can dash between shows like 3OH!3, Black Veil Brides, We the Kings, Simple Plan, and Amity Affliction. And with 2 events in the Greater LA area—Pomona on June 21 and Ventura on June 24—there’s no reason for you to miss the show.

Make it a Fourth of July to remember with a patriotic program of star-spangled music by the Los Angeles Philharmonic and the groundbreaking hits of all-girl group The Go-Go’s. Each night from July 2–4 at the Hollywood Bowl, the ‘80s megastars are treating fans to a raucous set of power-pop hits like “We Got the Beat,” “Our Lips Are Sealed,” and “Head Over Heels.” The night concludes with a stunning display of fireworks over the Bowl with the iconic Hollywood Sign in the distance.

Catch one of country music’s most powerful duos, husband and wife Tim McGraw and Faith Hill, as they hit the Staples Center on July 21 on their fourth tour together in 18 years. The Soul2Soul World Tour capitalizes on their popularity both as individuals and a couple, mixing together chart-topping solos and beautiful duets. With a set list featuring roughly 30 songs, including heartfelt duets like “It’s Your Love and solo hits such as “The Lucky One” and “This Kiss,” the Soul2Soul Tour is a true treat for fans of country.

Beyoncé & Jay-Z: On the Run II

If you can’t make it all the way to Coachella to see Beyoncé, worry not—the superstar is back in LA at the Rose Bowl on September 22 and 23. Also starring Bey’s husband Jay-Z, the On the Run II Tour is closing out summer with a bang, providing all of the tantalizing spectacle, triumphant vocals, and tight choreography that they brought on their first co-headlining tour. Combining slick raps with booty-shaking anthems and emotional duets, it’s easy to see why the entertainment industry’s most influential couple is on the top together. 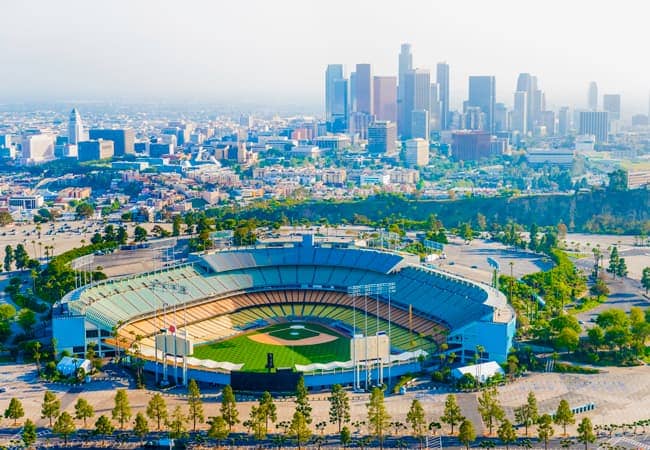 Summer doesn’t really feel like summer without attending at least 1 game of America’s favorite pastime—and Greater LA has plenty to choose from. Between the Los Angeles Dodgers and the Los Angeles Angels of Anaheim, there are more than 150 chances to take yourself out to the ballgame—and that’s just before the postseason. Buy yourself some tickets, peanuts, and Cracker Jack and watch these storied teams vie for the pennant against historic rivals like the New York Yankees and the Texas Rangers.

Get out of the hot California sun and take to the ice to cheer on your favorite of Greater LA’s 2 hockey teams—the Los Angeles Kings and the Anaheim Ducks. Both teams have been having successful seasons, firmly holding spots in the top of the Pacific Division. If you get the chance, see the teams square off in the Freeway Face-Off or as they battle it out against rivals like the San Jose Sharks for a spot in the NHL Playoffs. Could the Ducks take their second Stanley Cup in their 25-year history, or will the Kings repeat their victory from 2014? Pick up tickets to witness all the high-speed action for yourself.

As 1 of Major League Soccer’s 10 founding members, the LA Galaxy have been become one of the most recognized and decorated teams in American soccer, with more MLS Cup victories than any other team in the league. LA’s rowdy fans have been cheering on the squad since 1996, but now the city has even more soccer to soak up with this year’s arrival of the Los Angeles FC. Playing in the new state-of-the-art Banc of California Stadium, the LAFC quickly sold out memberships for their inaugural season. But you can still get one-off tickets to matches to see them face off against their in-city rival or other top teams like the Seattle Sounders, Portland Timbers, and Toronto FC.

For fans of international soccer, one of the best events of the summer will surely be the celebration over Memorial Day Weekend hosted by the Mexican National Team US Tour. Titled “Rumbo a LA Victoria,” the event is devoted to the fans, capturing the excitement of what will be Mexico’s final game in the States before the summer’s FIFA World Cup in Russia. After 3 days of media events, presentations, and open training, the weekend culminates with a thrilling matchup between Mexico and Top 20-ranked Wales at the Rose Bowl in Pasadena.

The Lakers and Clippers may not have secured spots in the NBA Playoffs this season, but the LA Sparks are sure to bring the heat. Since 1997, the team has gone on to appear in the WNBA Playoffs more times than any other team in the league and has won 3 championships, most recently in 2016. Between May and August, grab tickets for a game at LA’s Staples Center and watch them face off against rivals like the Minnesota Lynx, Phoenix Mercury, and Seattle Storm. Come September, they’re likely to be battling it out for a return trip to the WNBA Finals.

Say goodbye to summer and hello to fall—as well as the season’s most popular sport—with tickets to the opening games of the Los Angeles Rams or the LA Chargers. After several disappointing seasons, both teams gave fans the football they wanted in 2017, and this year they’re sure to be more popular than ever. Catch the Rams at LA’s Memorial Coliseum or the Chargers at the StubHub Center before the 2 teams start sharing a new stadium in 2020. Truly die-hard fans won’t want to miss the chance to snatch up season tickets before they disappear. 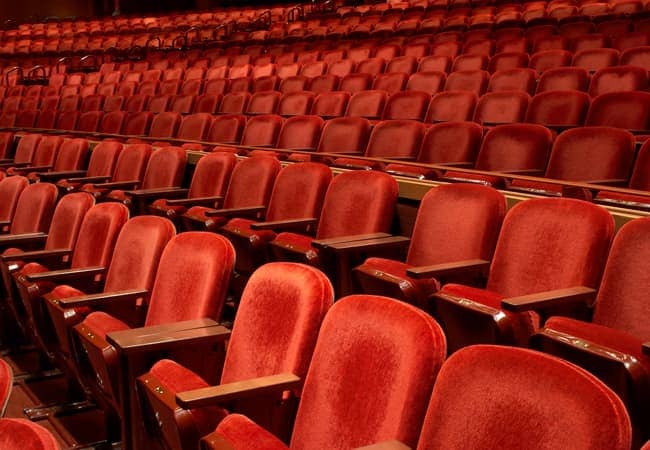 School of Rock: The Musical

Get ready to unleash your inner rock god at School of Rock: The Musical, the high-octane hit from legend Andrew Lloyd Webber. Running at the Pantages Theatre throughout May, the musical brings the hilarious 2003 film starring Jack Black to the stage. The show follows a wannabe rock star named Dewey as he poses as a substitute teacher and attempts to turn a group of prep school students into a face-melting, guitar-shredding rock band. Sing along to recognizable songs from the movie and learn new hits as you watch Dewey lead these kids to the Battle of the Bands.

In June, following School of Rock, Pantages welcomes The Color Purple, the touring Broadway revival of the musical based on Alice Walker’s 1982 novel of the same name. Set in the American South, the musical tells the moving story of a woman who finds strength to triumph over racism and abuse to ultimately find her own voice in the world. With a jubilant score of ragtime, gospel, jazz, and blues, this Tony Award-winning revival is a touching tale of perseverance and following your dreams.

From the middle of June to the end of July, the Tony Award-winning play The Humans is gracing the LA stage at the Ahmanson Theater. Dive into the fractious yet loving inner workings of the Blakes, a Pennsylvania family uprooted to Manhattan for Thanksgiving. Watch as they’re brought closer together by the arguments, bitter remarks, and unusual happenings that take place in real time as the play progresses. A true actor’s showcase, this warm, witty, and funny production is a celebration of an imperfect working-class family who come to understand each other in a whole new way.

Nearing the end of summer, the long-awaited musical Waitress finally arrives for its first time in LA at the Pantages Theatre. Inspired by the indie film of the same name, Waitress is a fanciful fable about a woman trapped in a loveless marriage and faced with an unexpected pregnancy—as well as a passion for pie as the only thing getting her through. But with the help of a handsome doctor, the love of her friends, and a tempting baking contest, she learns that the courage she needed was in her all along. With a slice of pop numbers and ballads by Sara Bareilles, Waitress is a tender tale about figuring out the recipe as you go.

The Comedy Get Down Tour

After all the heartwarming theater there is to see this summer, maybe now you’re just in the mood to laugh. Well, the Comedy Get Down Tour can give you just that as the show is back by popular demand at the Microsoft Theater. Bringing together comedy royalty Cedric the Entertainer, Eddie Griffin, George Lopez, and D.L. Hughley, the show is a laugh-a-minute riot filled with witty observations on everything from race and politics to celebrity and the absurdities of daily life. See all the hilarity that’s inspired BET’s The Comedy Get Down, the first scripted series about what really happens behind the scenes of a massive stand-up tour.