After being stuck for decades in what many longtime residents would call a dining rut, Washington, D.C. has seen a major resurgence in recent years that has turned the city into one of the most exciting food destinations in the US. Both residents and visitors alike are eating really well these days as restaurateurs from bigger markets are moving into town to expand their territory, and homegrown chefs are competing by continuing to push the culinary boundaries. Whether you’re looking for creative Cambodian, classic Italian, or some of the best Indian eats in the country, there’s a restaurant—and things to do nearby—to satisfy any craving. 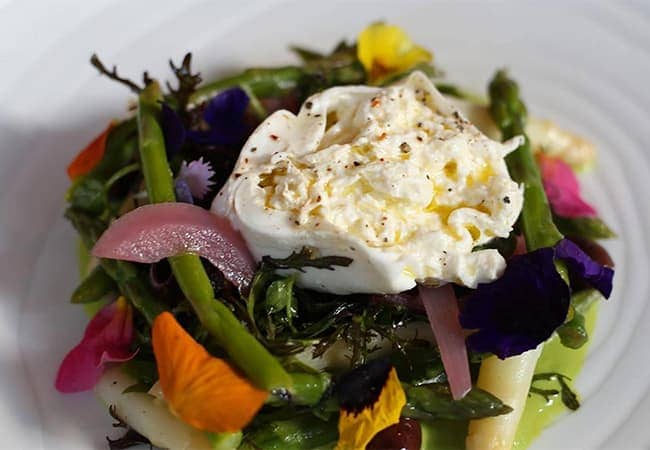 On the eastern edge of Downtown, just blocks away from the White House and many of the city’s top-rated hotels, Casa Luca is a light-filled osteria with a focus on family-style dining. The rustic Italian menu showcases the culinary heritage of chef Fabio Trabocchi’s grandparents along with Spanish influences from his wife Maria. Bring loved ones together over plates such as succulent beef cacciatore, salt-crusted branzino, and decadent bomboloni served with chocolate sauce. The eatery is the perfect place to fill your belly before grabbing a show at the historic Warner Theatre just a 10-minute walk away. 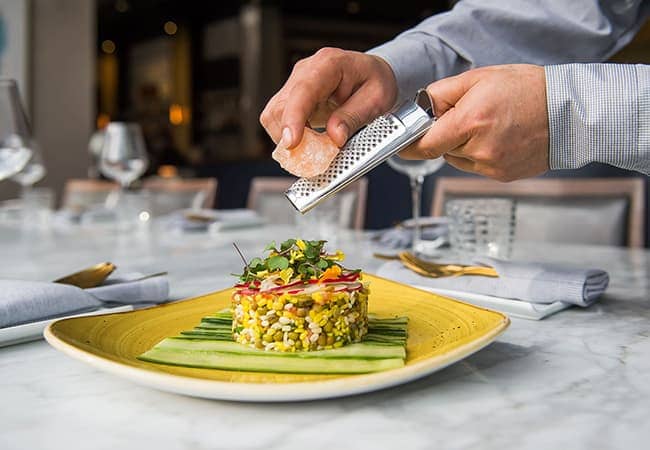 A few blocks east of Casa Luca and directly north of Chinatown, Karma serves up high-concept takes on Indian classics in a sleek setting with gold accents. Authentic dishes are taken to a new level with unconventional ingredients like quinoa, pesto, and truffle oil. On top of its innovative food, Karma donates a portion of its sales to charities that aim to help children in poor communities around the world. Treat your taste buds and support their efforts in between visiting nearby attractions like the National Portrait Gallery and the International Spy Museum or before catching a basketball game at Capital One Arena. 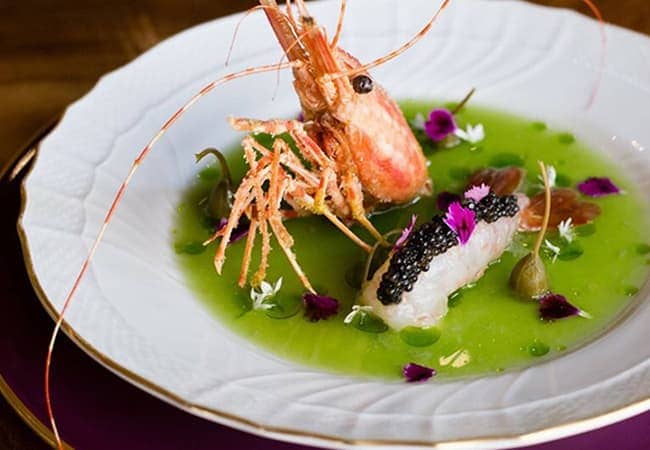 As the flagship restaurant of the same owners of Casa Luca, Italian eatery Fiola has evolved since its opening in 2011, but it still maintains its sparkle. Today, the Penn Quarter eatery offers an a la carte menu during lunch and in the bar as well as evening tasting menus that range from 3 to 5 courses. Linger over the salmon crudo, lobster ravioli, and seared wagyu steak. Especially amazing is the cocktail menu, with craft creations like a 30-day barrel-aged Manhattan and prosecco libations dressed up with flowers. Refuel here after a day exploring sites like the Capitol Building, the National Gallery of Art, or Newseum. 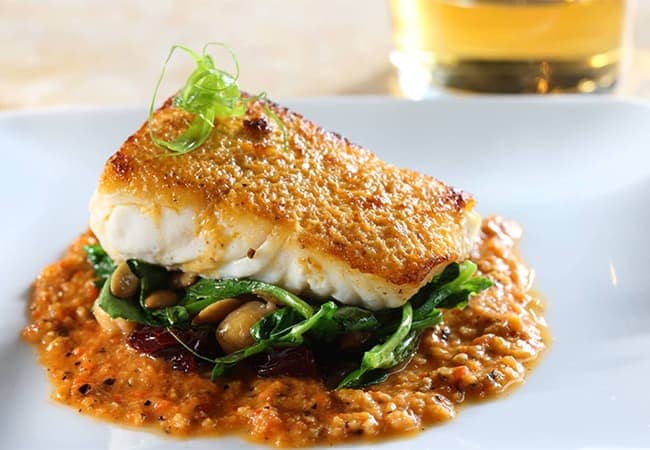 Up in Logan Circle along bustling 14th Street, Estadio boasts a menu of contemporary tapas and traditional Basque pintxos. Toasts topped with ingredients such as foie gras mousse, smoked salmon, and baby eel are particularly appealing—as are the sherry cocktails, bold sangrias, and boozy “slushitos.” With dark wood, unique tile, and glossy iron, the Moorish-style decor transports diners back to Old World Spain. It’s also a short walk to Dupont Circle, where you can immerse yourself in the Italian side of the city’s immigrant history with a walking food tour of the neighborhood. 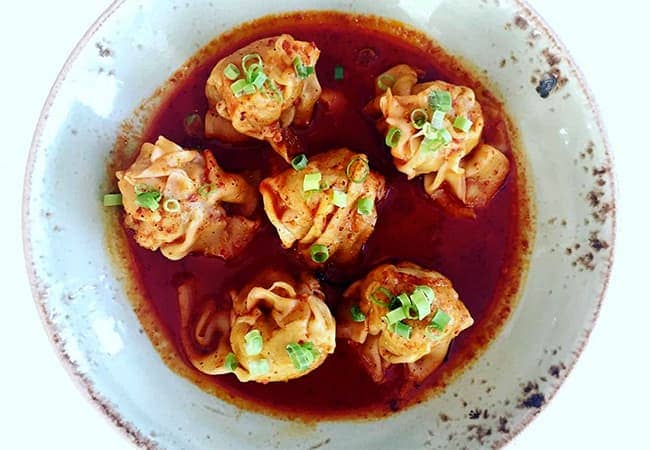 Roughly 5 blocks north of Estadio in the diverse Cardozo district, Doi Moi serves up Southeast Asian street food that accommodates those with vegetarian, vegan, or gluten-free diets. In the chic, white-washed space, tuck into mouthwatering eats like taro root dumplings, Asian pear salad, and Brussels sprouts served with puffed rice. Meat eaters won’t want to miss out on the sticky chicken wings and Vietnamese pork ribs. Grab a reservation here before a show at the Lincoln Theatre up on U Street. 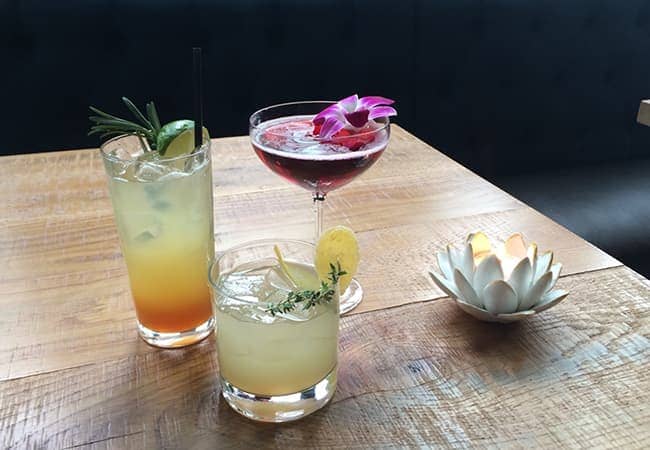 It’s not often you find a restaurant that describes itself as a meeting of French and Chinese, so when you do find one, you know it’s not to be missed. On the corner of U Street and 8th, Kyirisan offers a playful menu that’s divided into 3 categories—A Sure Thing, A New Thing, and An Adventure. At the north Shaw eatery, share plates of seared scallops served with coconut risotto, venison tartare with kumquat gel, and tofu gnocchi with miso and peas. The restaurant offers a truly unique experience that’s an ideal way to start a night ahead of a concert at the edgy 9:30 Club or the underground U Street Music Hall. 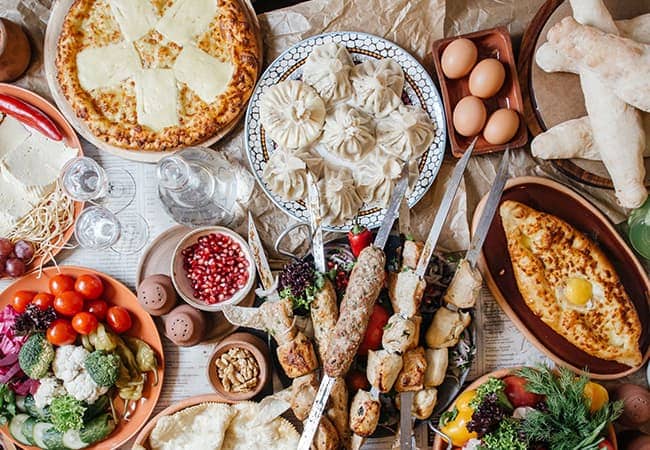 Further south in the trendy Shaw neighborhood, Mediterranean, Greek, and Middle Eastern flavors come together at Georgian-inspired Supra. Amidst sculptures and artifacts from various regions around the world, feast on authentic dishes that highlight vegetables, cheeses, and breads, alongside earthy wines and bright bubblies. During your dining experience, admire the Banksy-like mural by street artist Gagosh, who the owners hired during a research trip to Georgia. The restaurant is within walking distance of tons of Downtown hotels as well as the Washington Convention Center. 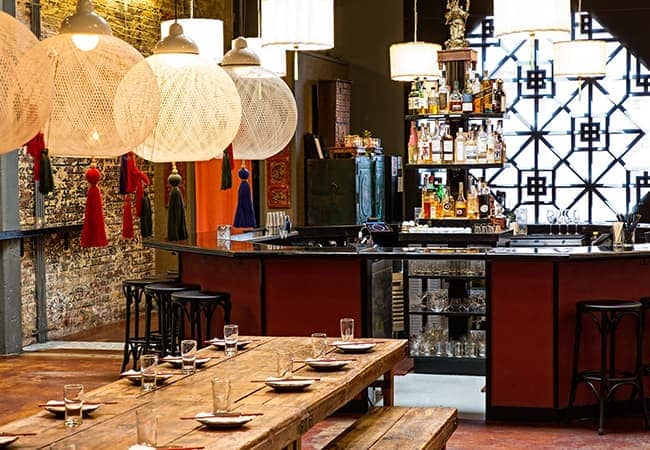 Just 2 blocks from Supra in Blagden Alley, Tiger Fork is an electrifying eatery that channels the spirit of Hong Kong with tasty dim sum, snappy barbecue, and creative takes on other Chinese classics. Family-style sharing is encouraged in this funky space that features communal tables, colorful patterns, and cool lighting. Following a day spent working up an appetite as you wander D.C. by bike, there’s no better way to treat yourself than with steaming chili wontons and prawn fried rice. A cocktail menu inspired by traditional Chinese medicine is also said to help with everything from pain to fatigue.wa 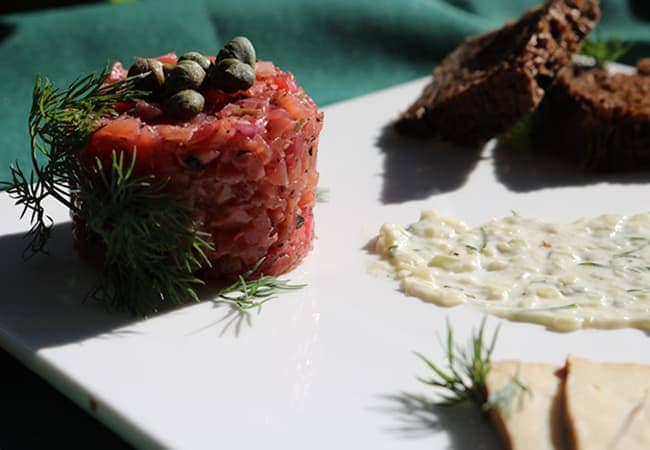 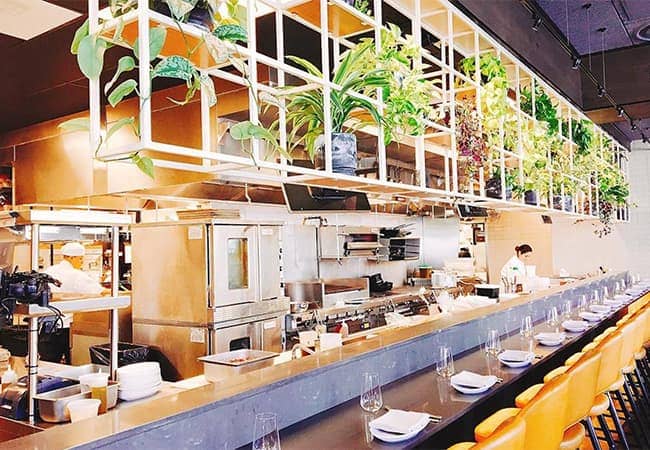 South of Capitol Hill in the Navy Yard, Modern American meets global cuisine at sleek and stylish Chloe. With flavors inspired by chef Haidar Karoum’s international travels, the restaurant’s menu weaves together seasonal produce, classic French techniques, and ingredients ranging from Mexican chilies and Vietnamese greens to Middle Eastern harissa. Grab a reservation for dinner after a daytime ballgame at nearby Nationals Park. On Friday nights in the summer, you can even order food to go and enjoy an elegant picnic at The Yards Park during a free concert near the water. 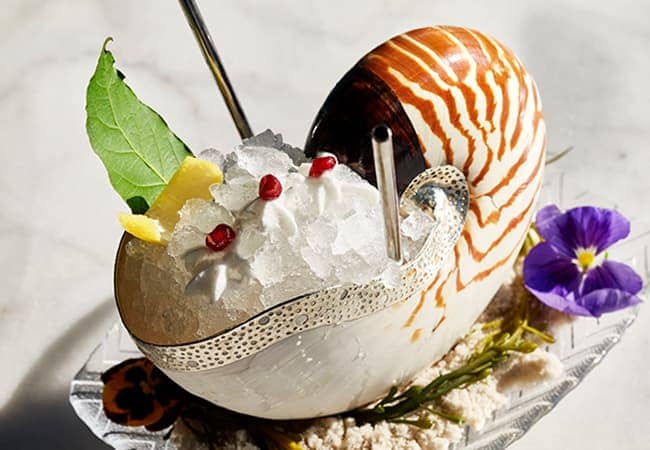 As the newest restaurant belonging to power couple Fabio and Maria Trabocchi, Del Mar has become the city’s most sought-after reservation in just the few months that it’s been open. Sitting on the Southwest Waterfront, the luxe Spanish-style spot features a robust menu of raw oysters, seafood stew, Iberian charcuterie, and spice-crusted lamb. The space itself only amplifies the menu, with large windows and villa-like decor set against a backdrop of the Washington Channel. For one of the most opulent days you can spend in D.C., start and end at the Wharf. Begin with a brunch cruise on the Potomac River, and end with dinner and drinks at Del Mar.