There’s a childlike wonder that washes over you when you’re soaring in a seaplane. The world below is close enough that you can spot details like boats plying the waters and tractors plowing fields, yet far enough away that it takes on a fairy-tale charm.

I couldn’t stop clicking my camera as I was whisked from the heart of Vancouver, BC to Victoria, BC aboard Harbour Air Seaplanes. Three hundred photos and 35 minutes later, I arrived giddy from my dock-to-dock journey and eager to dig into the island’s lush landscape. 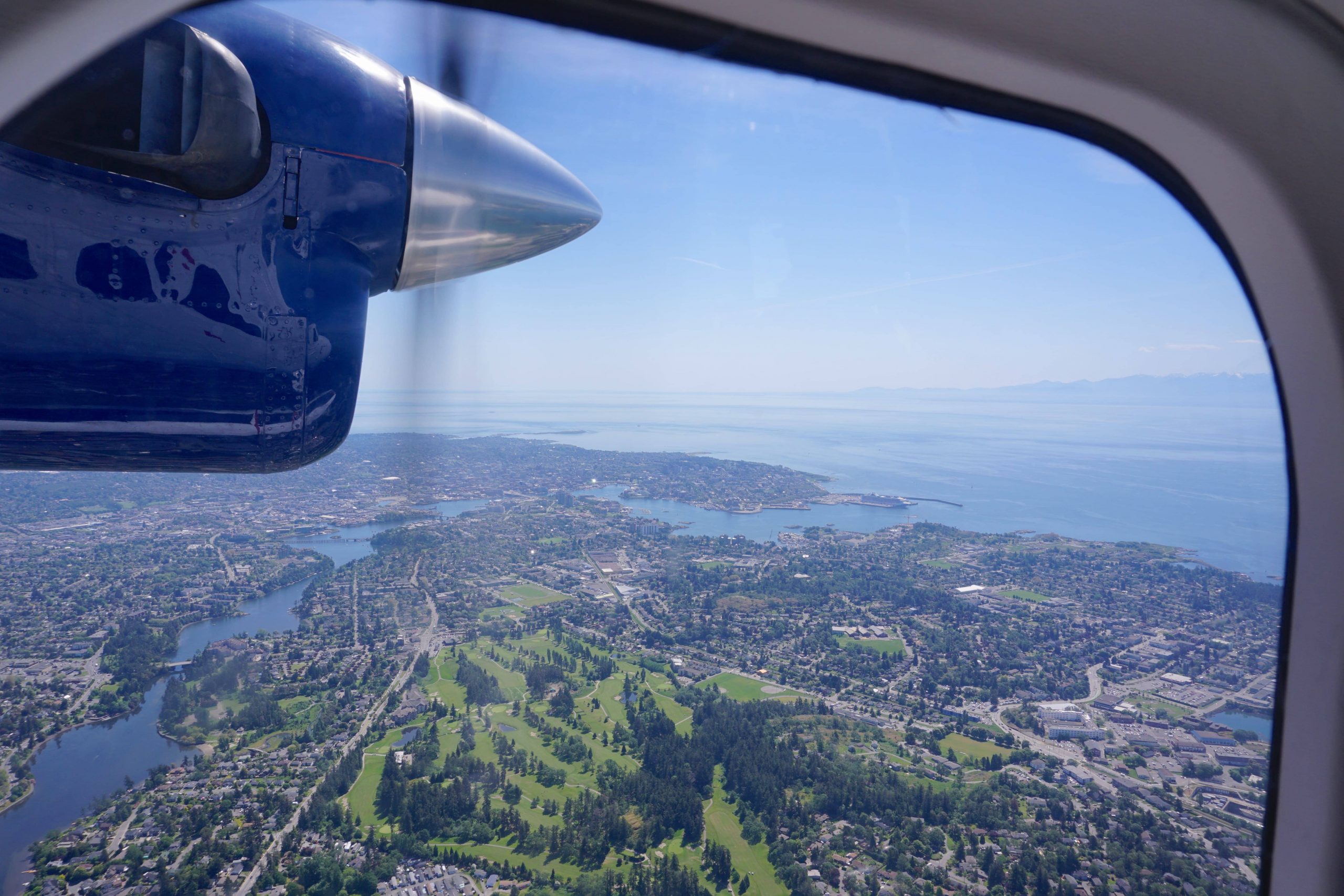 Part of Victoria’s page-turning beauty is its storybook look and locale. Filled with castle-like structures adorned with flower baskets and twinkly lights, British Columbia’s capital is surrounded by the Pacific Ocean and more than 800 farms. Located 50 nautical miles from the mainland on the southern tip of Vancouver Island, in Canada’s warmest area code, lifestyle and land stewardship reign. The result is a city where fresh food and its makers matter. 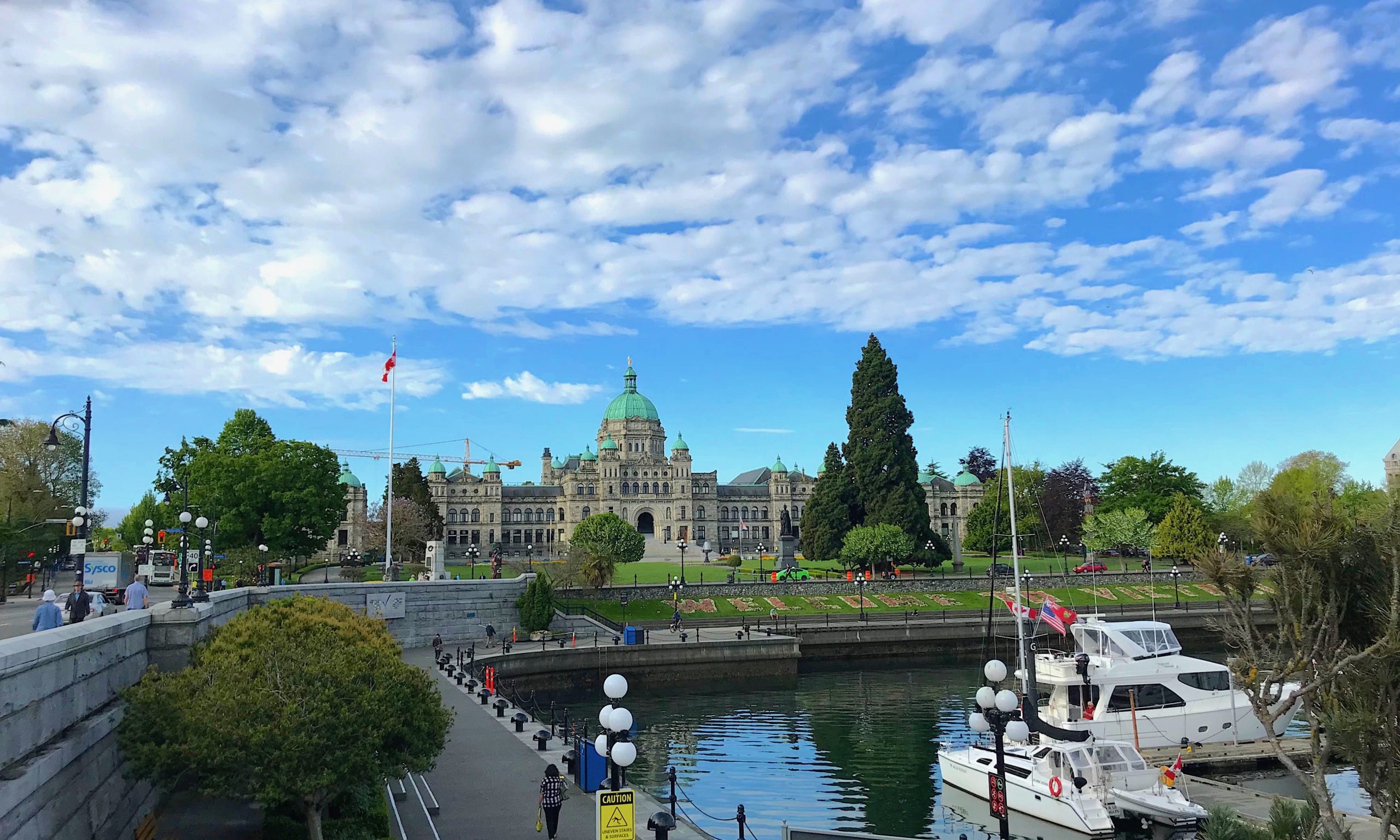 Victoria’s obsession with fresh is obvious at its newest culinary address, The Courtney Room, a tastemaker’s trifecta blending West Coast provisions, Parisian elegance, and a state-of-the-art kitchen. The restaurant is helmed by a rock-star chef, Sam Harris, who is passionate about Vancouver Island’s bounty, and calls many of its winemakers, foragers, farmers, and fishers good friends. With a glass of island bubbly in one hand and a plate of field-fresh asparagus and just-caught halibut in the other, I understood his deep commitment to the local soil and sea. These elevated dishes were a fitting match for the Art Nouveau dining room clad in white and grey marble, velvet banquettes, and Frette linens. 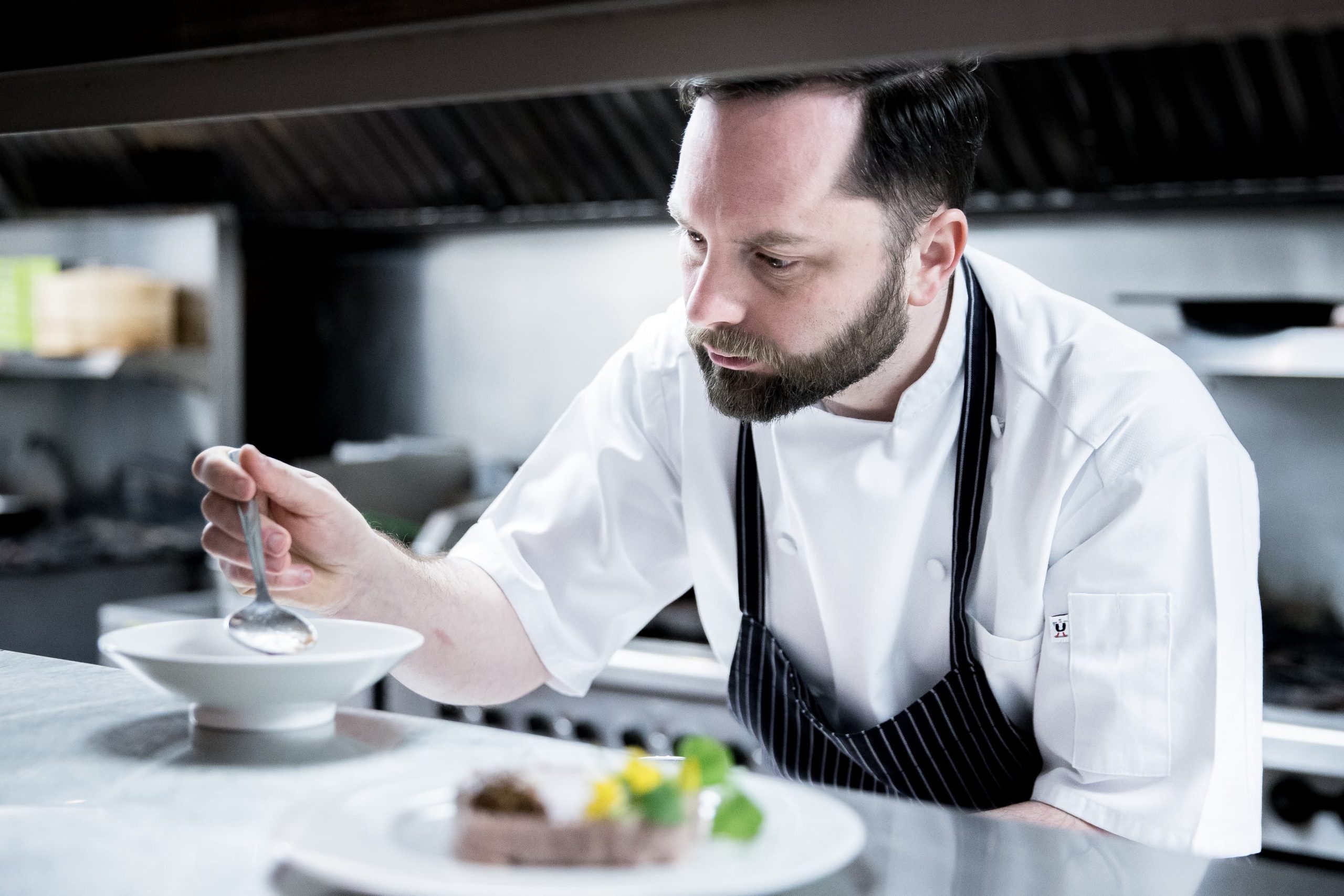 After my seven-course foray into local fare, I was thankful I didn’t need to travel more than a few steps to my bed at the Magnolia Hotel & Spa. As Victoria’s premier boutique hotel, the Magnolia’s love of cuisine extends far beyond its own restaurant, The Courtney Room. Led by a group of gourmet-loving hoteliers who are proud of Victoria’s mighty food scene, the hotel’s tastemakers have created a series of self-guided “Curated Trails” for guests who want to dig into the city’s culinary, craft brew, or tea scenes (to name just a few trails). With Victoria’s small urban footprint, every stop is walkable or bikeable via the hotel’s complimentary bicycles. 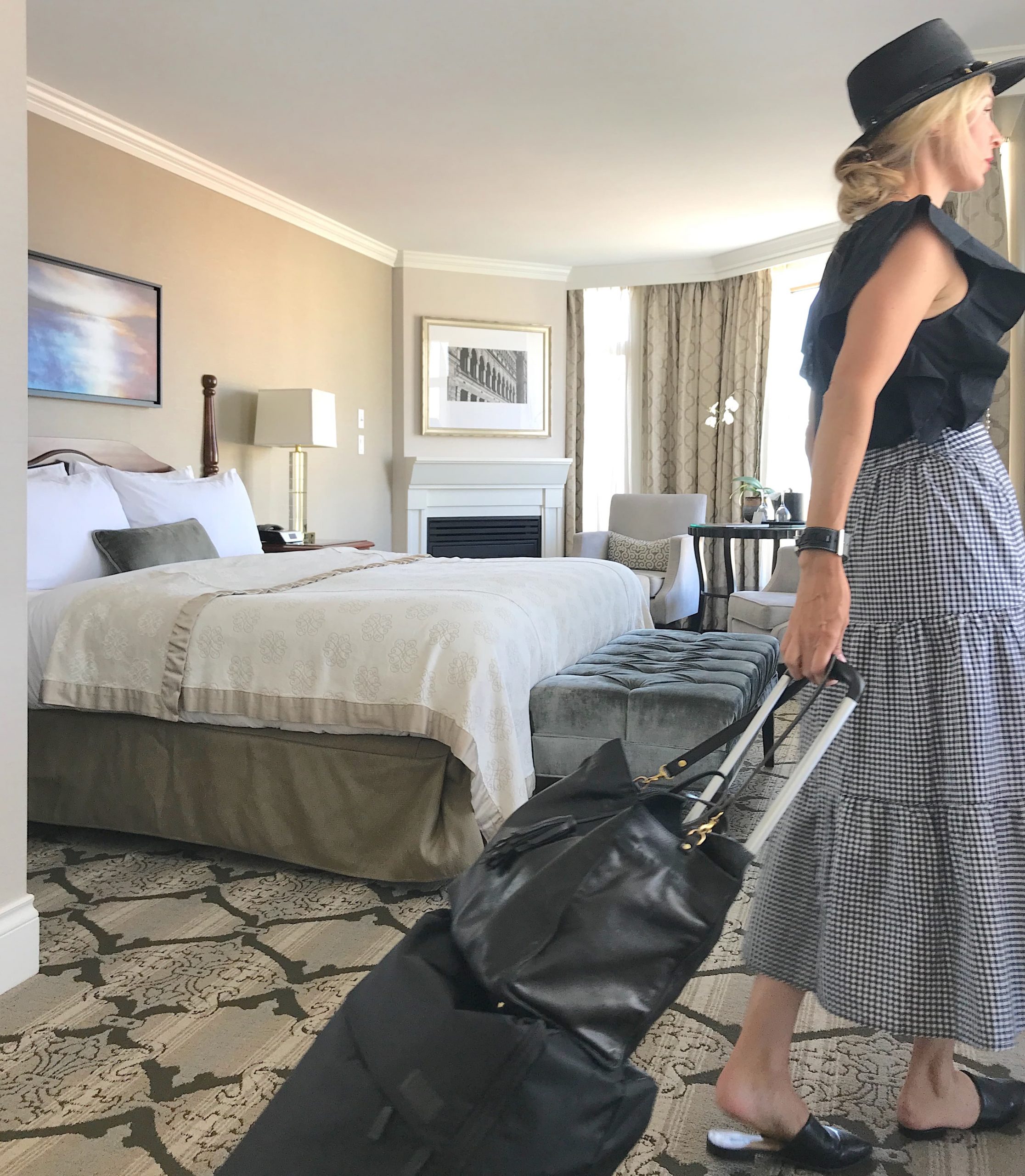 An hour outside the city where old-growth trees, grapevines, and tractors commingle, I sought out the cultivators and growers who are shaping the island’s culinary landscape. Intent on meeting the makers behind several of the dishes and drinks I consumed at The Courtney Room—and other local highlights, such as OLO Restaurant and Fol Epi—I set out on one of the hotel’s “Curated Journeys” (a guided, next-level dive into the island’s abundance) with Island Time Tours. 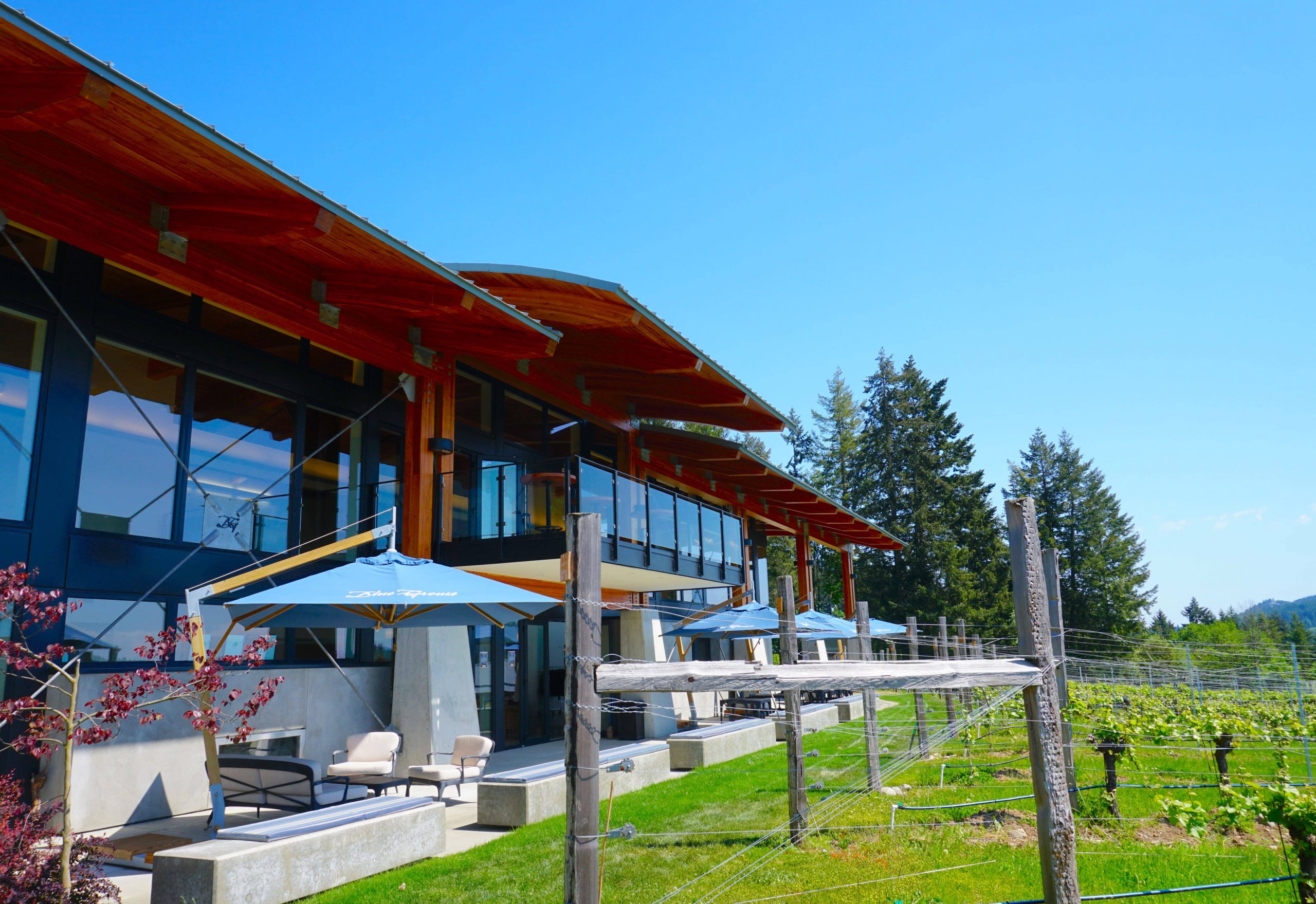 What struck me most about my outing on the back roads of the Cowichan Valley was the aha moment I had when chatting with the well-traveled owner of Blue Grouse Estate Winery and Vineyard, Paul Brunner. Pondering the region’s rich and fertile land, the wine enthusiast responsible for the modern estate producing award-winning wines, mused about the synergies of eating and drinking from the terroir. “Food and drinks cultivated and consumed in the same region taste better together,” he said. This simple concept reminded me that every memorable place I visited was committed to regional freshness—and every provision was oh-so flavorful. 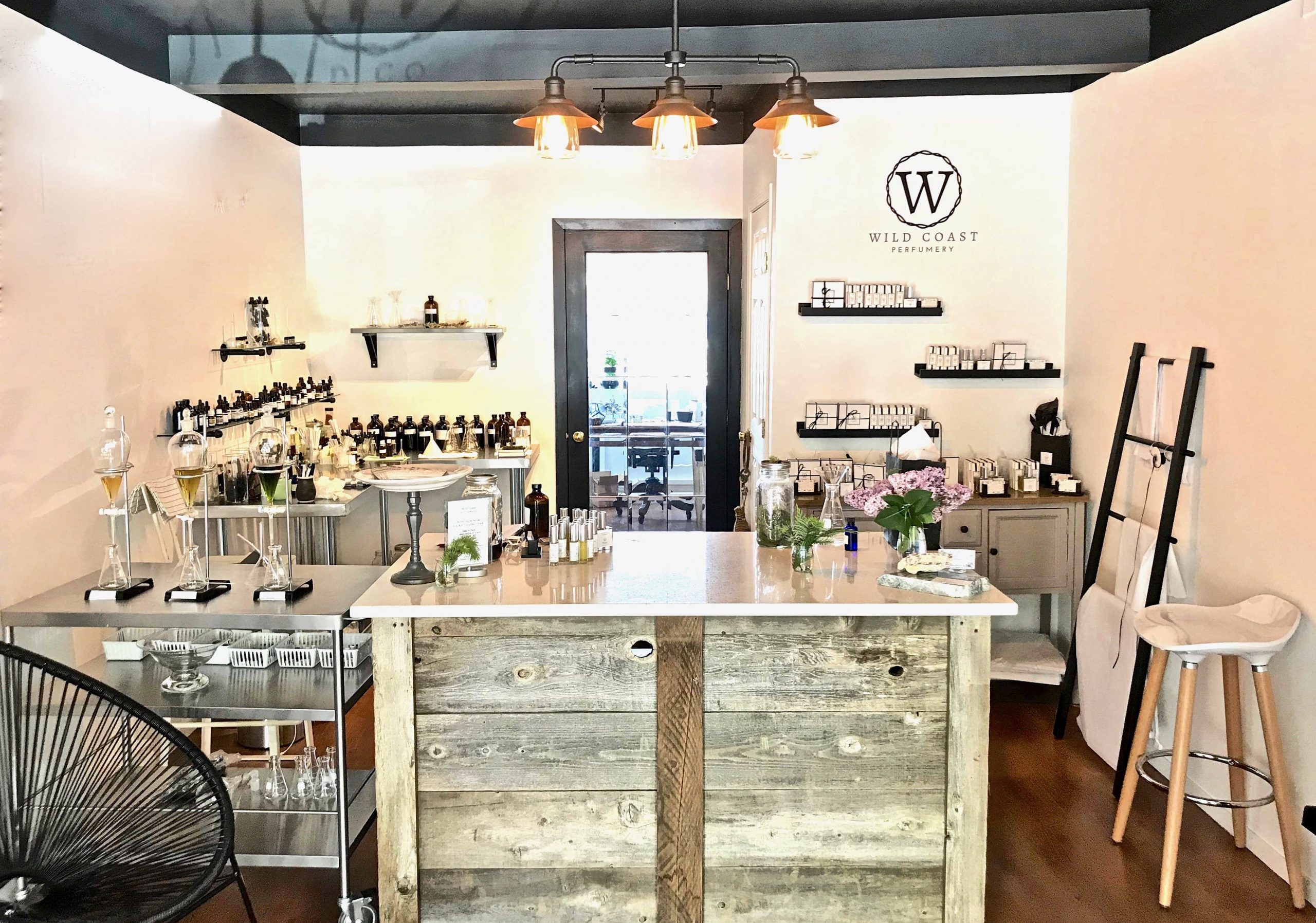 A stop between wineries led me to Cowichan Bay, a seaside village dotted with fishing boats, flower pots, and multicolored shops sitting on stilts above the water. Seconds after stepping out of my guided ride, I got a whiff of Wild Coast Perfumery, a recently opened (May 2018) all-natural fragrance shop dripping in style. Like a bee darting to a sweet-smelling rose, I buzzed over quickly and found myself deep in conversation with the proprietor, who has turned her lifelong obsession with natural scents and local harvesting into an artisan shop where she creates, ages, and bottles every scent—each one showcasing elements from the nearby terrain. Much like her equally sweet-smelling neighbor, True Grain Bread—millers and bakers of organic ancient grains—she focuses on stewardship and authenticity rather than additives and puff. 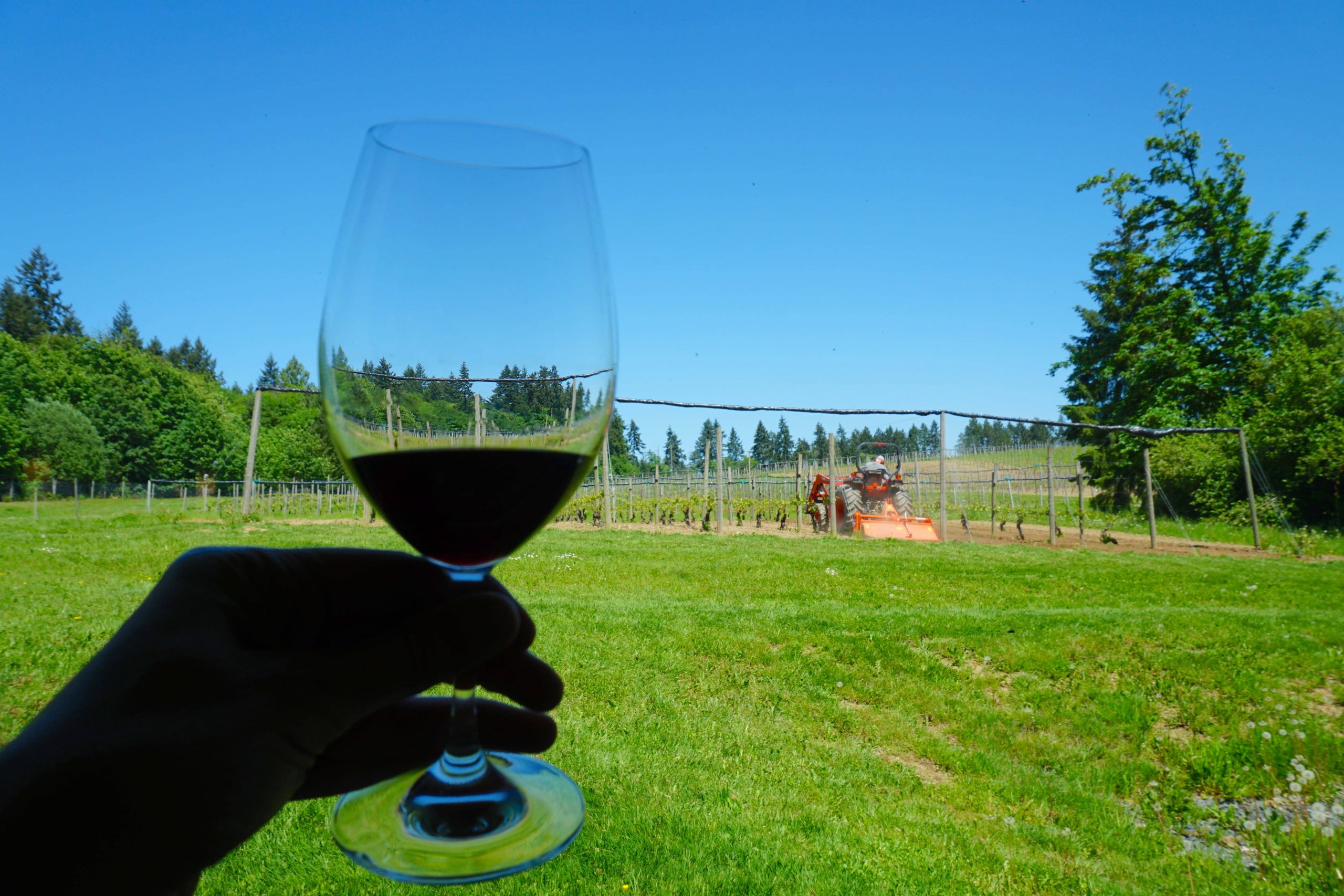 My foray into island freshness kept chugging, er, sipping away when I visited Venturi-Schulze Vineyards, a small-batch winery with a secret obsession: pressing, simmering, and aging ancient-method balsamic vinegar. (Warning: Once you taste it, all other balsamic will pale in comparison). Here, grapes grown in the 30-acre estate go into the vinegar, as well as the vineyard’s natural wines. Nurtured by a wine-making dream-team hailing from Italy, Australia, and Vancouver, the winery’s purist wines (no pesticides or herbicides!) can be summed up in two ways: stately and smart. Case in point: Their bubbly is so highly acclaimed it has been served to the Queen of England, and most of their other releases sell out quickly given their cult-following from oenophiles and fine dining restaurants.

Victoria’s food scene is a lot like Venturi-Schulze: a petite powerhouse with an A-list following. It’s evident why the pastoral landscape I spotted out of my seaplane window wasn’t just a fairy-tale scene, but rather real life thanks to a place where the locals take craft and terroir seriously.

Get There: Board the quick and wow-factor flight from Vancouver, BC with Harbour Air, the world’s largest seaplane airline offering every passenger lounge access with barista-brewed coffee and bird’s-eye views.

Stay: The Magnolia Hotel & Spa, a sought-after boutique stay where polish, service, and provisions make it an it address in the heart of Victoria’s downtown.

Know: Victoria’s maritime location and walking culture call for casual clothing and shoes that can go from breezy dock to buttoned-up dinner. Think: Smart T-shirt and jeans by day, and the same outfit by night with a blazer or leather jacket, and belt.

Have you been to Victoria, BC? Which stops do you recommend for connecting with the region’s fresh-factor?

All photos taken by Trip Styler; The Courtney Room photo by Leila Kwok

Thrill seekers take note, these pulse-quickening adventures will inspire conversation fodder for years to come—as well as plenty of amazing photos for your Instagram.

Canada is home to some amazing museums and thanks to virtual tours, you can now visit many Canadian museums without even leaving your house.

8 Things to Do in the Canadian Prairies this Winter

While winter in the prairies can be fierce, with cold temperatures and frequent snow; these 8 activities show that winter doesn't have to ruin your trip.

The ultimate guide to planning a Canada New England cruise