For 8 nights every winter, Jews around the world celebrate Hanukkah (also spelled Chanukah) by lighting candles, singing songs, and eating fried foods. This Festival of Lights commemorates the victory of the ancient Jewish freedom-fighters called the Maccabees over their oppressors and the miracle of 1 night’s worth of oil lasting for 8.

Join in public lightings of gigantic menorahs as people celebrate Hanukkah in cites around the world. For a unique cultural experience, head to historic Jewish districts in Rome, Budapest, or Mumbai to try the local twist on latkes (potato pancakes) and sufganiyot (jelly donuts). Or opt to go ice skating around a menorah in Chattanooga or join a dreidel competition in NYC. Here are 8 of the most exciting places to celebrate Hanukkah around the world.

New York City hosts an abundance of Hanukkah celebrations including the lighting of not 1, but 2 of the world’s largest menorahs. Gather around a 32-foot (9.7-m) high, 4,000-pound (1,814 kg) steel menorah in Manhattan, or the similarly sized one in Brooklyn, to kick off the Jewish Festival of Lights in grand style. Playing the age-old game of dreidel is serious business in NYC during the Major League Dreidel competition. And don’t miss the chance to chow down on gourmet latkes at the Latke Festival hosted by the Brooklyn Museum.

2. Jerusalem – Hanukkah in the Jewish Homeland 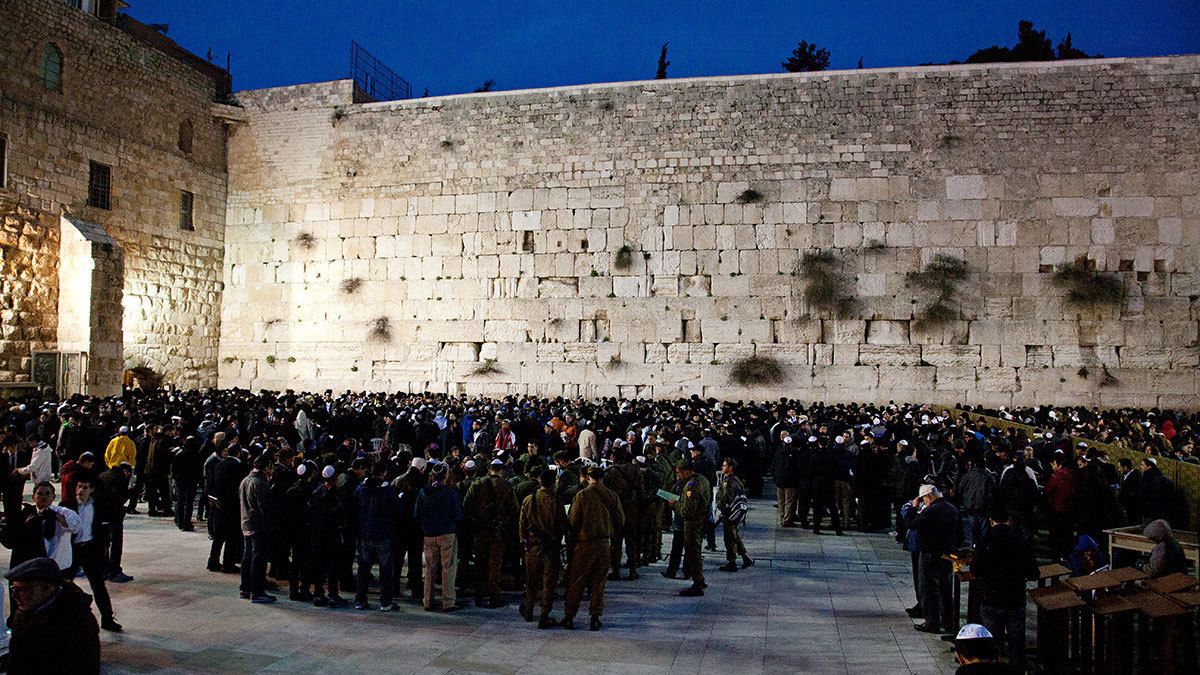 Perhaps one of the most obvious places to celebrate Hanukkah, Israel observes the Festival of Lights like nowhere else. Jerusalem lights up bright for the 8 nights of Hanukkah. During the annual Hanukkah Torch Relay, people pass a flame from the city of Modi’in, where the Maccabees (Hanukkah’s heroes) lived, to the holy Western Wall in Jerusalem’s old city. Take a walking tour of Jerusalem to see families display their menorahs in windows or in special glass boxes along the cobbled streets.

Kids have a break from school during Hanukkah, so you’ll find plenty of family-oriented events throughout Jerusalem. Tel Aviv also throws a big Hanukkah celebration with live music in Independence Park. 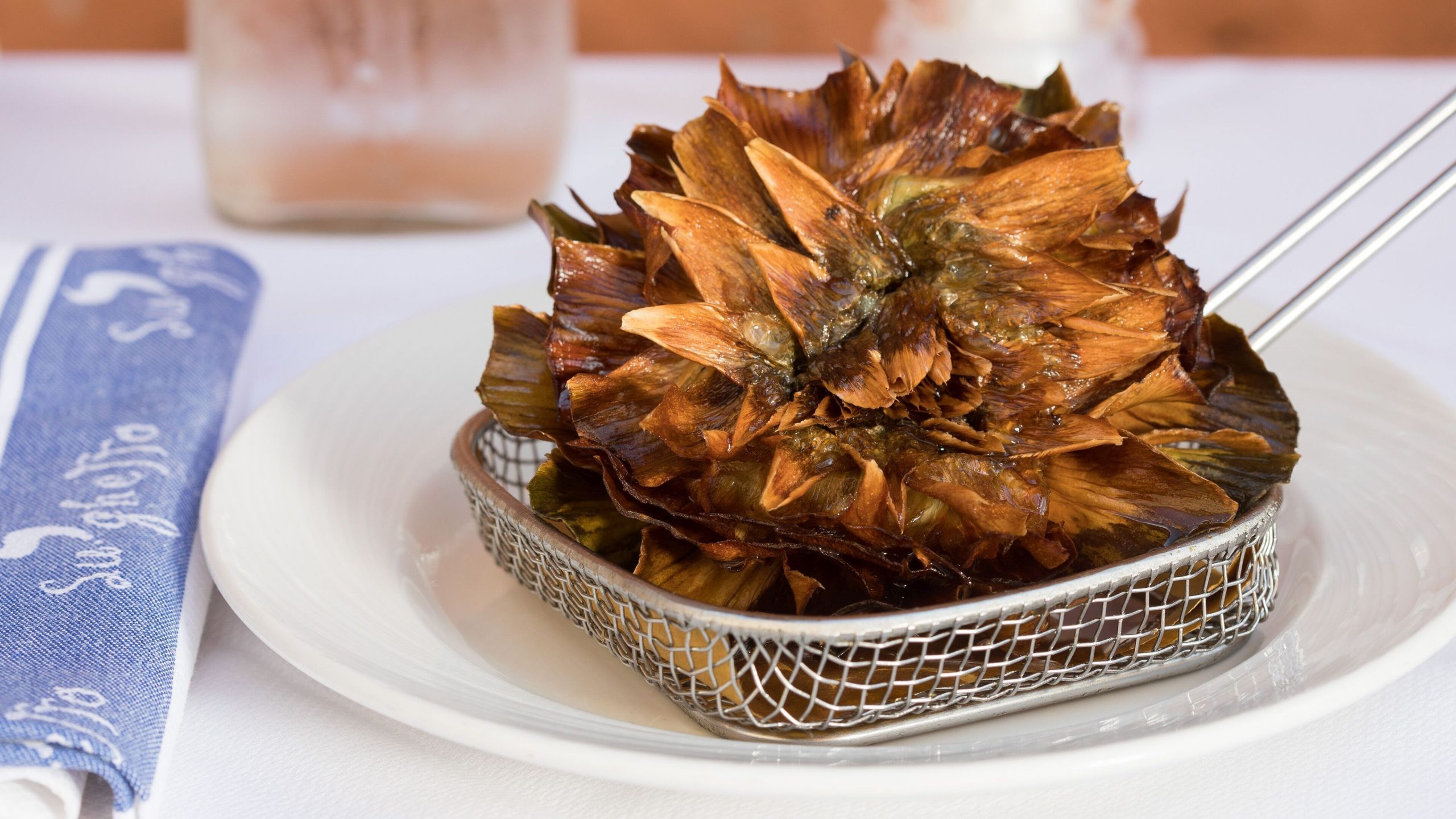 Home to a vibrant Jewish community for thousands of years, Rome’s modern-day Jewish Quarter goes all-out during the Festival of Lights. Head to Piazza Barberini for a public menorah lighting. Then, join in as the locals party in the streets with plenty of food, dancing, and wine.

Rome puts its own spin on the tradition of eating foods fried in oil during Hanukkah. Try the local specialty of deep-friend artichokes called carciofi alla giudia on a food tour of Rome’s Jewish Quarter. And don’t miss Italy’s version of sufganiyot, called fritelle de Chanuka, which consists of dough mixed with raisins and anise, fried in oil, and topped with warm honey.

San Francisco was the first city outside of Israel to celebrate Hanukkah with a big public menorah lighting ceremony in 1975. The tradition has spread around the world, and one still burns brightly every December in San Francisco’s Union Square. If you’re a fan of Hanukkah gelt (chocolate coins), or just chocolate in general, head to Ghirardelli Square. Play some dreidel, partake in Hanukkah crafts and activities, and enjoy a luminescent menorah lighting. 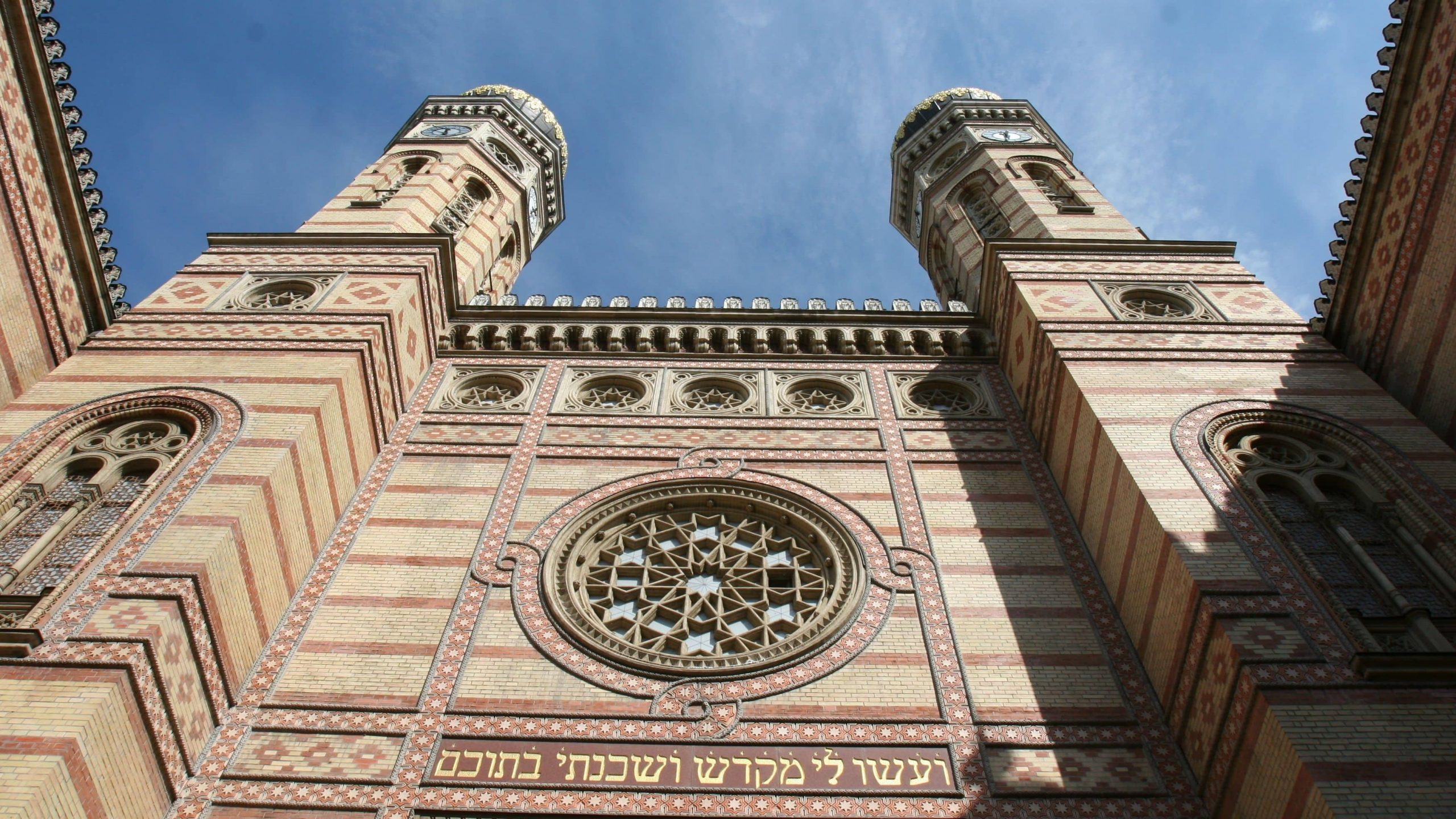 In Budapest, watch rabbis on skates light a large menorah in the middle of the City Park ice rink with the beautiful Vajdahunyad Castle in the background. Until recently, Hanukkah was observed in secrecy in Budapest under the communist regime. But now, Jews in Hungary are celebrating a revival in a big way.

The former Jewish Ghetto in Quarter 6 and 7 is now one of the hippest places in the city with bustling bars and theaters, and during Hanukkah, local Jewish youth organizations light it up with concerts and dancing. Discover more of Budapest’s Jewish history and marvel at the city’s 3 spectacular synagogues on a Jewish cuisine and culture walking tour.

6. London – Chanukah in the Square

On the first night of Hanukkah, a huge, triangular menorah lights up London’s Trafalgar Square with plenty of fanfare. Live music and dancing fills London’s iconic square. Get there early to sink your teeth into one of the thousands of free donuts being given out. Even if you miss the first night festivities, the Trafalgar Square menorah will shine bright for all 8 nights. During the day, take a food tour of London’s East End to nosh on bagels from one of the city’s best Jewish bakeries. 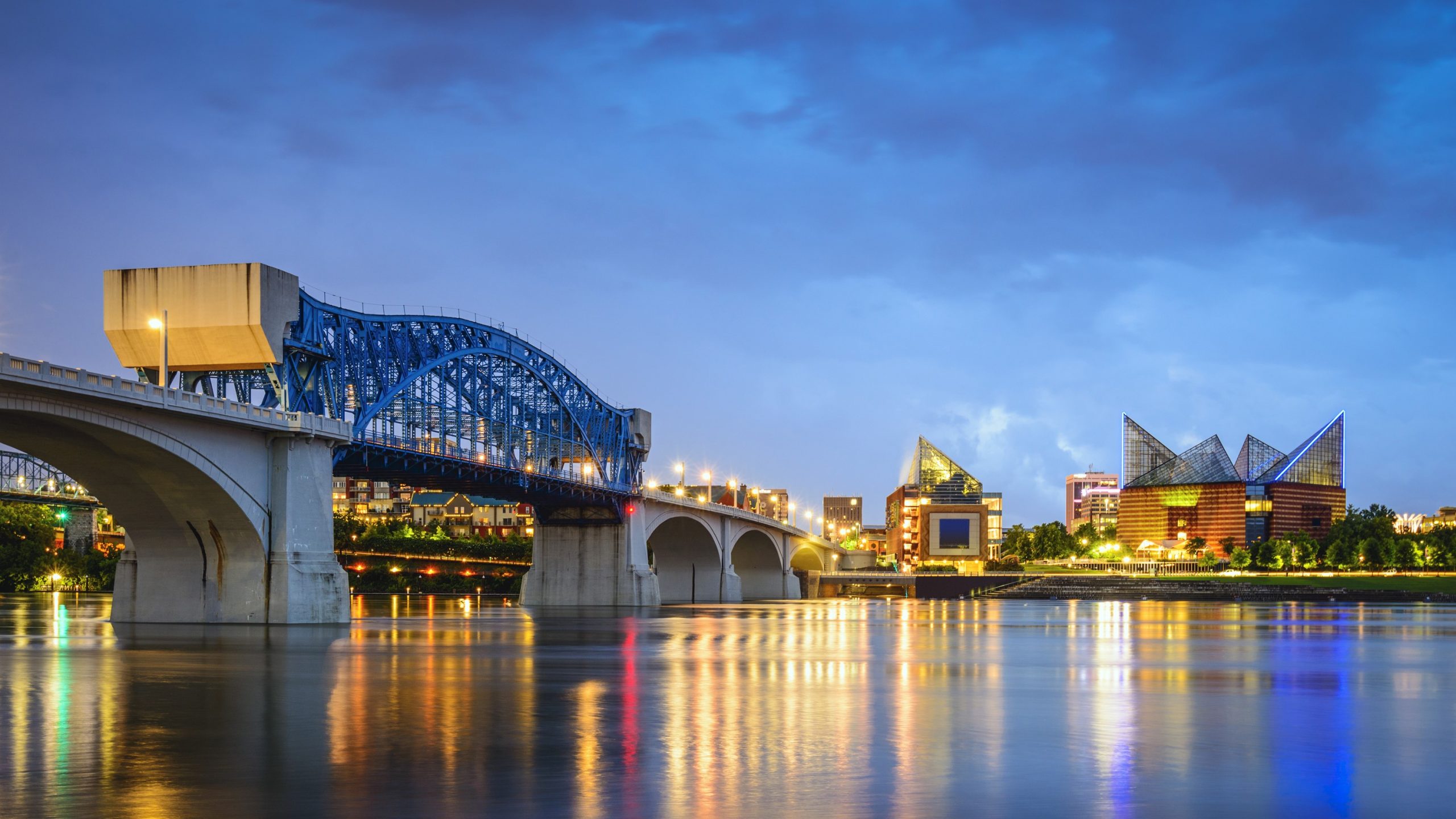 Chattanooga, Tennessee throws one of the coolest Hanukkah celebrations. Follow the festive car menorah parade to the Ice On The Landing outdoor ice skating rink. Then gather around to watch the lighting of a gigantic menorah carved from ice. As the candles glow, make a few dreidel-like spins on the rink before you chow down on latkes and donuts.

You can stay near the holiday celebration by booking a room at the Chattanooga Choo Choo historic hotel. Spend a night in a converted 1940s train car at this famous former train station for a truly unique Hanukkah vacation. 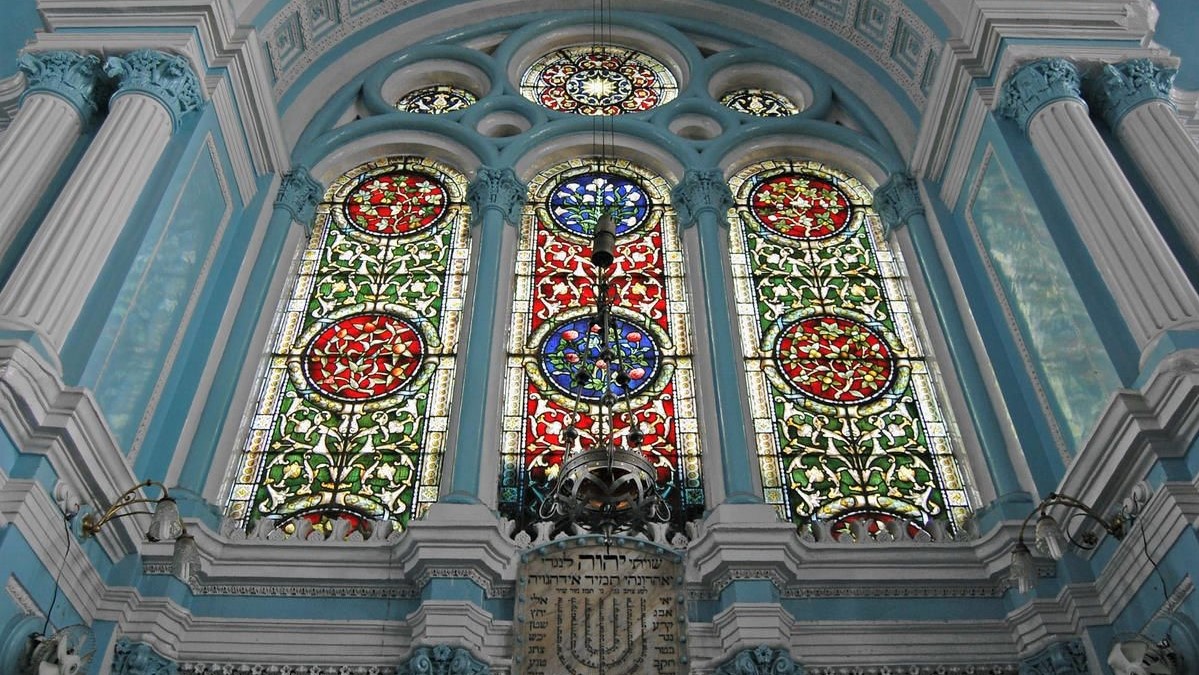 Although you may not expect it, Jews have been celebrating Hanukkah in India for over 2,000 years. A small Jewish community still thrives in Mumbai and every year they light a huge menorah in front of the iconic Gateway of India, close to the Taj Mahal Palace hotel. Just like the Hanukkah story, Jews in India traditionally light 8 oil lamps instead of a candles. See the area’s colorful synagogues and explore more of Mumbai’s Jewish heritage on a tour with a local guide.

8 Places to Visit in a Weekend in Budapest

Find tips and a suggested itinerary for visiting 8 cool places during a weekend in Budapest.

Discover how Hanukkah is celebrated around the world.

Palaces and baths: 24 hours in Budapest

Revealing ways to spend a layover in “City of Spas”