Some people say there’s no place like home for the holidays, but we think traveling to New York; Budapest, Hungary; Vienna, Austria; Branson, Missouri; and Leavenworth, Washington, are well worth leaving the comfort of your home. The good news is these destinations celebrate the season throughout December giving you a broad window of opportunity to enjoy the festivities. Whether it’s a horse-drawn carriage ride through the park or ice skating under the stars, these five cities will leave lasting impressions and lifelong memories. So grab your coat, your holiday spirit, and get ready to experience the magic of the season like never before. The holiday season in New York City kicks off with the Macy’s Thanksgiving Day Parade. For the past 90 years as the final float passes by, Santa emerges signifying that the holidays in New York City have officially begun. The smell of chestnuts roasting fill the brisk winter air, and the department store windows come to life, one more extravagant than the next. They are a magnificent sight and reason enough to visit the city in December. However, that is only the beginning. There are years of tradition including The Radio City Christmas Spectacular featuring the high-kicking Rockettes, the Rockefeller Center Christmas tree and ice skating rink, holiday markets in Bryant Park, Union Square, Columbus Circle and Chelsea, and sledding in Central Park—just to name a few. And let’s not forget, New Year Eve in Manhattan’s Times Square. The celebration is legendary and should be on everyone’s bucket list.

Viewfinder Tip: Wear layers of clothing to outdoor events and activities in order to maintain your level of comfort with the temperatures.

Budapest is the beautiful capital city of Hungary, divided into two sections by the Danube river. The city, renowned for its romantic ambiance only intensifies during the holiday season. Most outstanding this time of year is the Christmas Market on Vorosmarty Square, in the heart of the city. There are dozens of vendors selling local crafts, scents of mulled wine, sausages, goulash, and sweet chimney cakes permeate the air while the music and dance performances feed your soul. Take a brisk 10-minute walk, and you’ll be at the Christmas market in St. Stephen’s Square where there’s a large Christmas tree as the centerpiece, an ice rink for skating, local crafts, and light show display on the cathedral.

If you love outdoor activity, skating at the Budapest Outdoor Ice Rink in the City Park is a must, followed by a visit to the Szechenyi Baths to soak your chilled muscles and bones. Keep your eyes open for one of the Budapest Christmas Streetcars, each festively adorned with over 35,000 lights. Hop on the No. 2 tram, it is the most popular and is an inexpensive way to view the city at night. 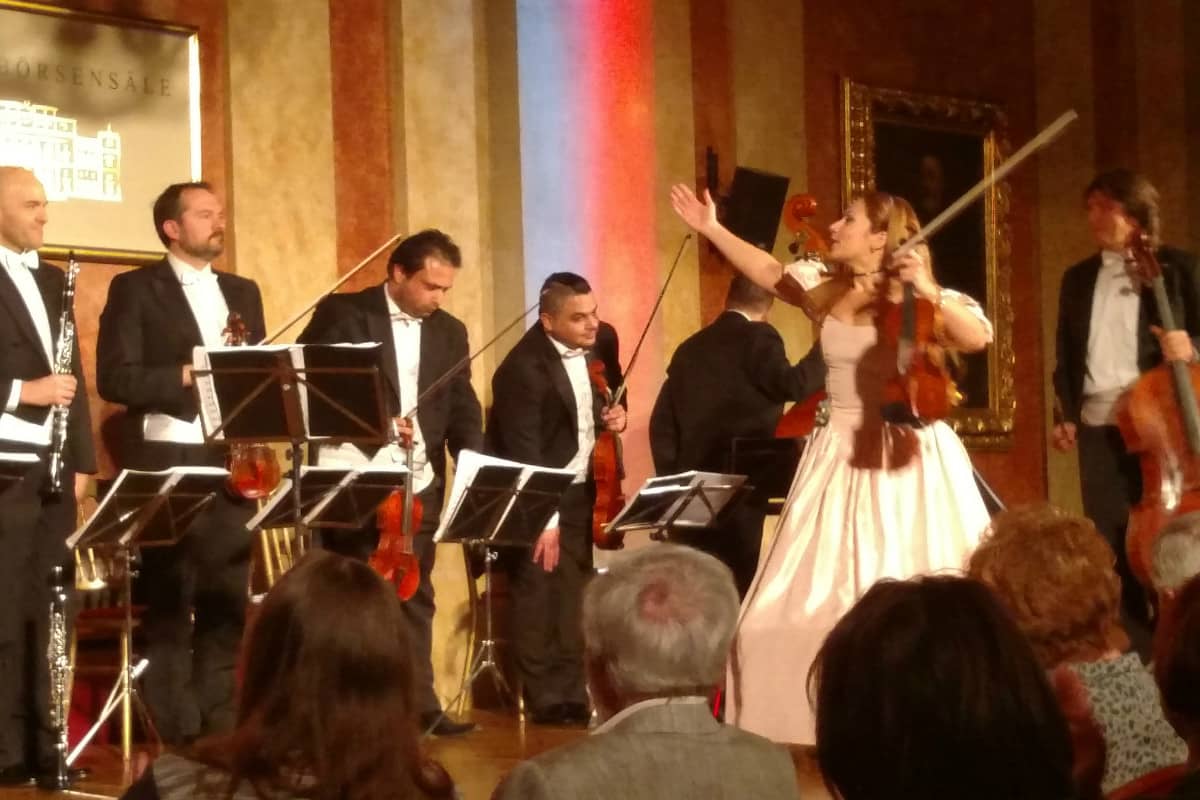 Christmas markets are an age-old tradition in Vienna, and there are many throughout the city including the Christmas market at Schönbrunn Palace, Christmas market at Spittelberg, and the Christmas Village Belvedere Palace. Our favorite is the Christkindlmarkt on City Hall Square. It has a Christmas tree that soars over 80 feet high, and more than 150 booths for shopping and eating. This market is no quick pass through, and you’ll want to take your time tasting traditional fares like Weihnachtspunsch (Christmas punch), fresh baked pretzels, gingerbread, and sausages. The snow globe was founded in Austria back in the early 1900s, and you’ll find them plentiful at the market, and a perfect souvenir.

You can ice skate (skates and helmets can be rented) in the southern end of the park. If you’ve ever wanted to try curling (where you use a broom to sweep the ice in the path of a stone, controlling its speed and direction), then you’re in luck. You can do it here.

The Vienna Philharmonic is famous for its New Year’s Eve concerts, featuring compositions from the Strauss dynasty, dating back to the 1800s. Today, this is a sought after ticket, sold a year in advance by application and lottery on the Philharmonic’s website. If you’re not one of the chosen ones this year, you can watch it on television, as the concert is broadcast worldwide in over 90 countries. If you’ve ever wanted to experience an old-time Christmas head to Silver Dollar City in Branson, Missouri. The 1880s-style theme park in the Ozark Mountains is one of the most popular holiday destinations in the world. Each building on the park’s Main Street is decorated with enough Christmas lights to put Clark Griswold to shame. The park boasts over five million lights, 1,000 christmas trees, a five-story special effects tree, nightly Christmas light parades, a living nativity scene, and the Frisco Sing-Along Steam Train that takes passengers on a holiday-themed musical journey through the Ozark Mountains countryside. For entertainment, there’s the Frontier Fa-La-La Follies at the Silver Dollar Saloon, the Holiday Hearthside Harmonies, and two Broadway style musical productions—A Dickens’ Christmas Carol and It’s a Wonderful Life. 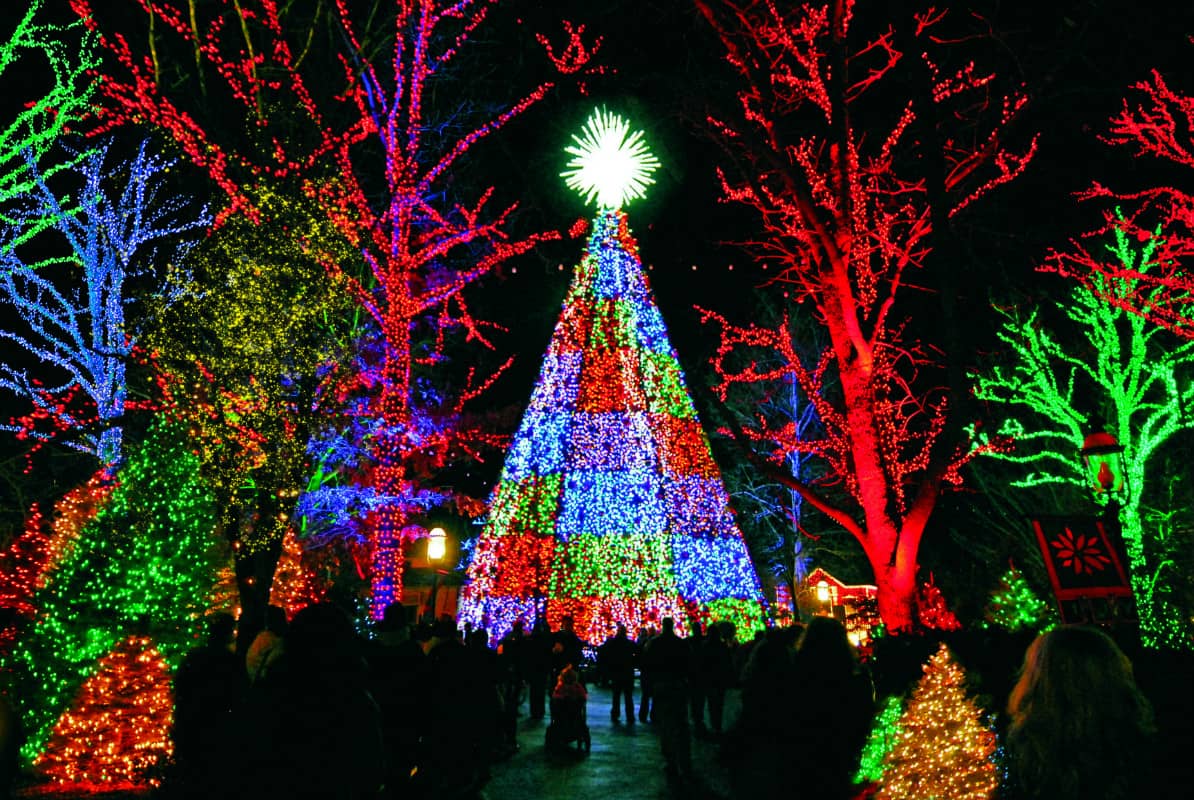 For a unique, small town Christmas experience check out Leavenworth, Washington in the foothills of the Cascade Mountains. Modeled after a Bavarian village, the town is already acclaimed as a prime Oktoberfest destination. Holiday celebrations kickoff the weekend of Thanksgiving with a Bavarian Christkindlmarkt complete with live entertainment in the streets and festhalle, parades, workshops, shopping booths, food booths, and traditional gluhwein tents! Lit with over a half million lights, the town’s shops and restaurants have an enchanting quality and provides a storybook backdrop for your holiday festivities. Weekends are filled with carolers, holiday concerts, bands, and Christmas plays. This winter wonderland is the perfect setting for your winter bucket list. Take a ride in a horse-drawn carriage or sleigh. Go skiing, sledding, or tubing. Ride a snowmobile or on a sled behind a team of dogs.

8 Places to Visit in a Weekend in Budapest

Find tips and a suggested itinerary for visiting 8 cool places during a weekend in Budapest.

Discover how Hanukkah is celebrated around the world.

Palaces and baths: 24 hours in Budapest

Revealing ways to spend a layover in “City of Spas”