While we often eye state capitals and major cities when we’re looking for travel inspiration, sometimes the most interesting places to visit are the ones you’ve never heard of. Jarring art installations set against stark backdrops, bizarre architecture, and peculiar traditions offer just a glimpse into the allure of intriguing small towns and cities across the nation.

Searching through historic hot spots and remarkable attractions, we scoured the country for some of the most unusual cities. It wasn’t an easy feat, but we narrowed it down to 18 interesting places to go. Did your hometown make the list? 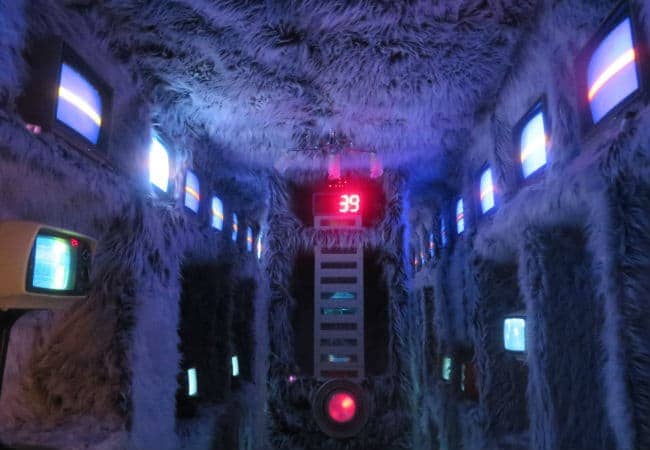 When it comes to Marfa, it’s impossible to pinpoint what makes this rural town in West Texas so interesting. Some argue it’s the famous Prada Marfa art installation—a sealed store with lavish Prada designer goods in the windows—set in front of the barren desert landscape. While others swear it’s the mysterious phantom lights that dance on the horizon. Better yet, maybe it’s the Food Shark Museum of Electronic Wonders & Late Night Grilled Cheese Parlour, with its buzzing TV sets and cheesy goodness, or the aluminum wonders at the Chinati Foundation—the list goes on and on. 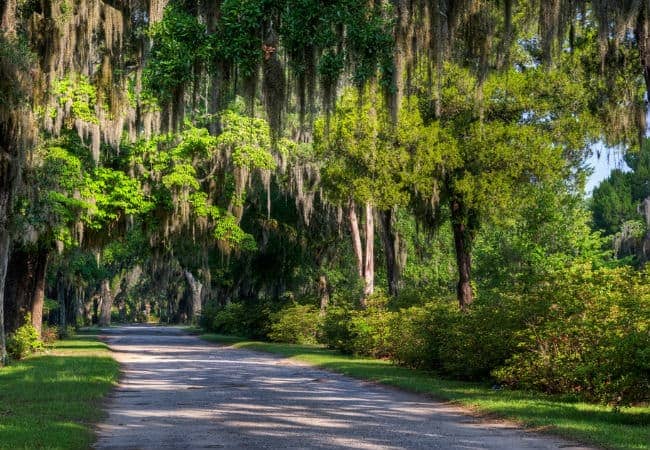 Savannah is teeming with the spooky and the kooky. Draped in Spanish moss, this idyllic southern city features some of the most haunted places in the state, including Madison Square and the Pirate’s House, where it’s said drunk sailors were shanghaied through the underground tunnels. While you’re in town, search for the spot where Forest Gump sat on the bench and mused, “My momma always said, ‘Life was like a box of chocolates,’” and then order a cocktail in a to-go cup—something you can do in only a handful of U.S. cities! 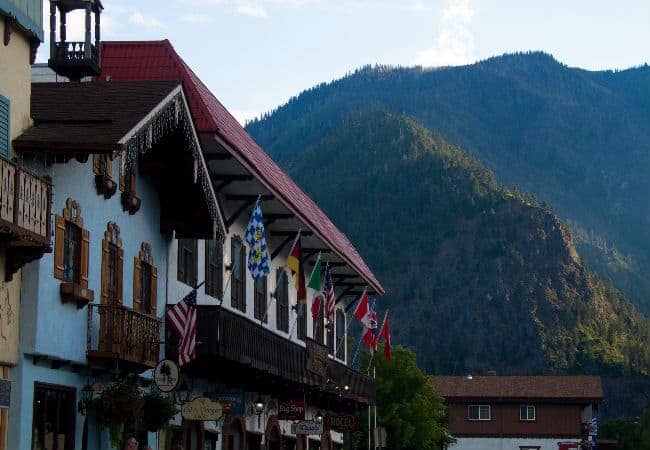 Why head to the Alps when you can experience Bavarian charm in the alpine hills of Leavenworth? In the 1960s, the town adopted Bavarian culture, transforming itself into a Germanic village, complete with lederhosen, sauerkraut, and polka music. Stroll through the streets adorned in Bavarian architecture with a soft pretzel in one hand and some wurst in the other, and then slip into the Leavenworth Nutcracker Museum, which houses more than 6,000 nutcrackers! 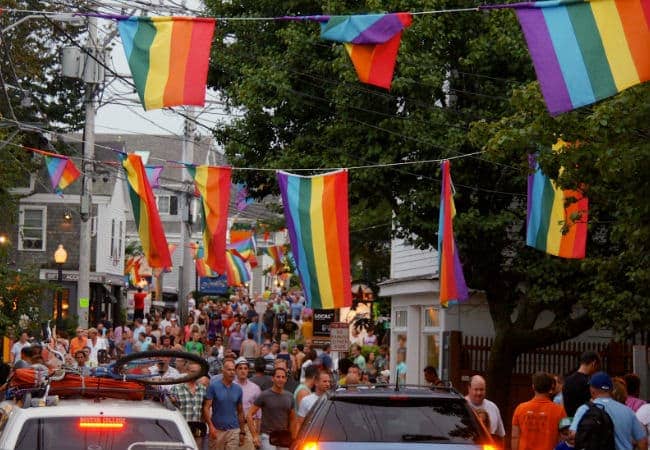 In 1620, the Mayflower arrived in the area that is now Provincetown. While the pilgrims didn’t stay long, by the early 1900s, the city offered a new kind of pilgrimage: a women’s movement in theater. The prominent theater group, Provincetown Players, included women as playwrights, directors, and scenic designers, which was practically unheard of at the time. Today, the city continues to be progressive, as it’s earned a reputation for being one of the best gay summer resorts on the East Coast. Every summer, the city hosts a week-long Carnival LGBT celebration with a festive parade of legendary proportions. 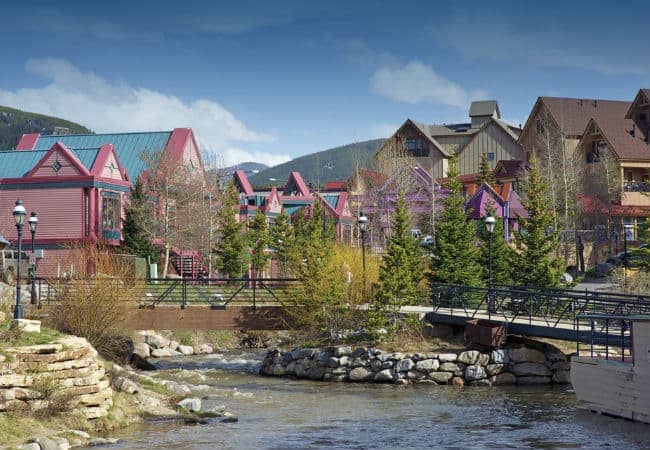 Some towns might be insulted if they were left off a map, but not Breckenridge! In the 1930s, this mountain town embraced such a mistake, dubbing itself “Kingdom of Breckenridge.” Who cares that the validity behind the story is questionable? That doesn’t keep the outdoorsy town from celebrating Kingdom Days, an annual summer event that commences with a crowd favorite: Outhouse Races. Teams decorate privies on wheels and charge them through the streets, vying for the Golden Throne trophy. Albeit zany, the summer bash shows off a serious case of local heritage and pride in this incredibly scenic town at the base of Tenmile Range. 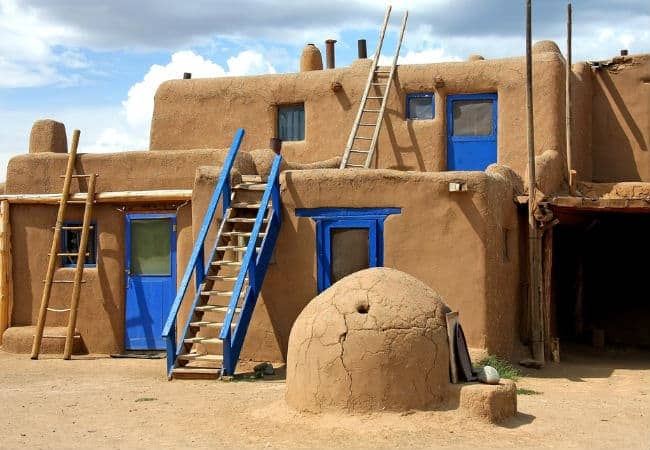 Sometimes stories of the past are difficult to imagine, but that’s not the case in Taos. History comes to life just 2 miles south in the Taos Pueblo, which is believed to have been built between 1000 and 1450 AD. Today, some Pueblo Indians still live in the adobe square-stacked buildings, making it one of the longest continuously inhabited communities in the nation. You’re welcome to respectfully visit the designated tour areas at the Pueblo, but Blue Lake and the surrounding mountains are off limits to non-tribe members. After wandering around the ancient grounds, delve deeper into history at the Kit Carson Home and Museum in Taos, which explores the life of the prominent American frontiersman. 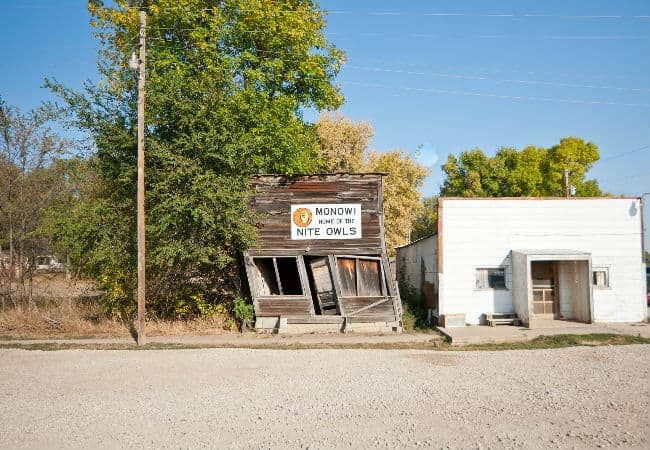 A one-women-run village definitely earns a spot in our top 10 list. And, as if that wasn’t fascinating enough, when you visit Monowi, you can double the population. The town only has one remaining resident: eighty-two-year-old Elsie Eiler. She runs the Monowi Tavern, but being the town’s mayor and tax collector comes with the territory, too. Monowi is only .21 square miles, so you won’t have any problem finding the famous watering hole—stop in for a cold one and the chance to meet the local celebrity herself. 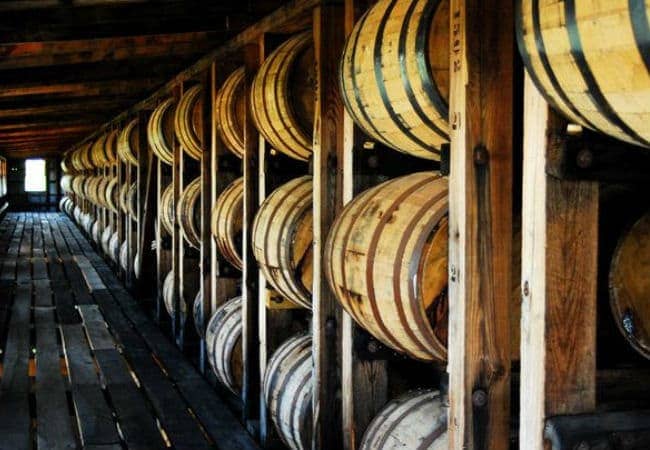 Bardstown is a glass half full kind of town, as least when it comes to whiskey. Spirited to say the least, the town is proudly regarded as the Bourbon Capital of the World. Thanks to the Willett Distillery, Kentucky Bourbon Trail, and Heaven Hill Distilleries Bourbon Heritage Center, it’s safe to say you’ll get a little tipsy in this neck of the woods. Pick up a bottle of bourbon sealed with the distinct red wax at the nearby Maker’s Mark Distillery and mosey around the moonshine still at Oscar Getz Museum of Whiskey History. 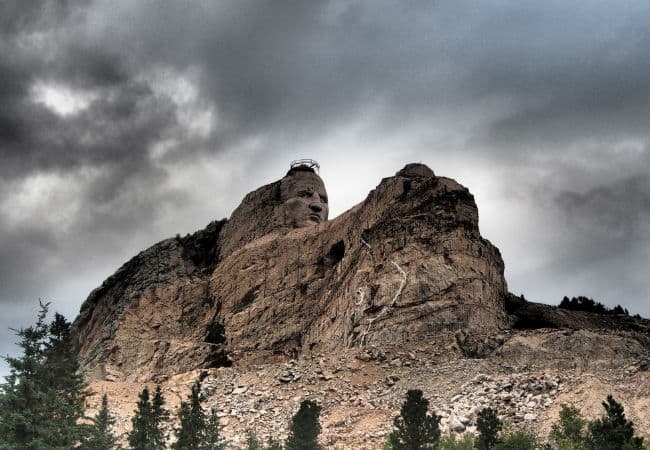 The massive face of Crazy Horse welcomes you to this city in the Black Hills. Back in 1939, Henry Standing Bear invited New England sculptor Korczak Ziolkowski to carve Crazy Horse into the side of a mountain to celebrate Native American heritage. The masterpiece continues to be a work in progress, making it the world’s largest sculptural project. Venture just 5 miles north of Custer for the opportunity to see eye to eye with the legendary war leader, and while you’re around, swing by Custer State Park to catch sight of the largest publicly owned bison herd in the world. 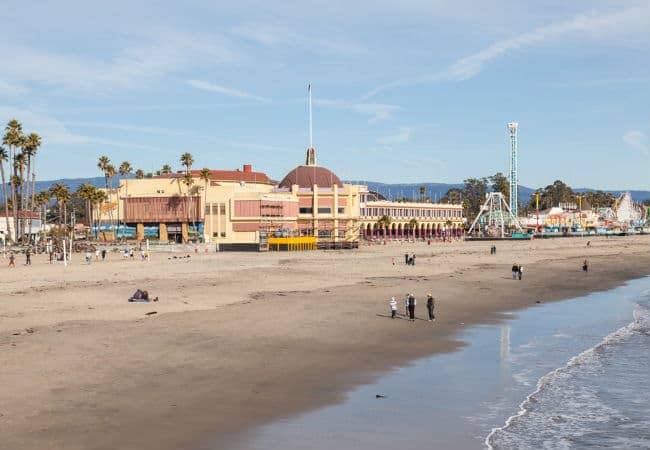 Weird and whimsical go hand in hand in this Cali beach town. One such oddity is the peculiar structure, nicknamed the Court of Mysteries, on Fair Avenue. Rumors have long swarmed around the 1930s Hindu temple-like structure, involving everything from the occult to astronomy. Sneak a peek of the mystical architecture and draw your own conclusions, before heading to the oldest seaside amusement park on the West Coast. A whirl on the 1911 Looff Carousel and a whiz down the 92-year-old Giant Dipper wooden roller coaster will take you back in time—even if it’s just to your childhood.

Ever since 1925, Chincoteague has hosted the annual Pony Swim, in which “Saltwater Cowboys,” round up the wild ponies from Assateague Island. Witness the thundering herd during the multi-day event or place a bid on a foal to help control the island’s wild horse population.

Nothing short of royalty, Ida Grove is the land of castles. The town’s roller-skating rink, library, newspaper office, and shopping complexes are decked out in medieval architecture, from towers to pinnacles. Even the golf course has its own suspension bridge!

Where do you end up after running away with the circus? Back in its glory days, Gibsonton may have been the answer. While it’s no longer a haven for carnival folk, the town continues to celebrate its past oddities with the International Independent Showmen’s Museum and Ward Hall and The World of Wonders Sideshow.

Take it back to the wild days of the American frontier in St. Joseph. In 1882, it was in this part of town that the infamous bandit Jesse James was killed. The town was also one of the starting points for the Pony Express. Head to the Patee House and step into the Wild Wild West.

Just south of the Arctic Circle, Nome is home to one of the largest gold pans in the world. And if that doesn’t strike your fancy, get this: The city features the finish line for the Iditarod Trail Sled Dog Race. Visit during March, and cheer on the mushers and dogs as they round out their epic 1,049-mile trek.

If you bleed red, white, and blue, then Bristol is the place for you. This patriotic town is home to the longest running Fourth of July celebration, dating back to 1785. To further show off its year-round national pride, the town’s lane dividers on Hope Street and High Street are tri-colored, representing the nation’s flag.

What do you think are the most interesting cities in the U.S.?

5 things to consider when planning an Alaskan cruise

A newbie’s guide to cruising the last frontier.

Chasing rainbows around the globe