7 activities for your first time in San Francisco

After years of wistfully admiring the Golden Gate Bridge in movies and wondering what it would be like to stand on the notorious Alcatraz Island, you’re finally pulling the trigger. You’re off to SF. Mr. Bennett left his heart in the city, and if you’re lucky you just might find it. Cardiac-related scavenger hunts aside, your first time in San Francisco will be full of quirky encounters and delicious discoveries. Things to do in San Francisco range from the high-end to the high adrenaline, and here are seven of our favorites.

1. Get drinks at the top of the Grand Hyatt 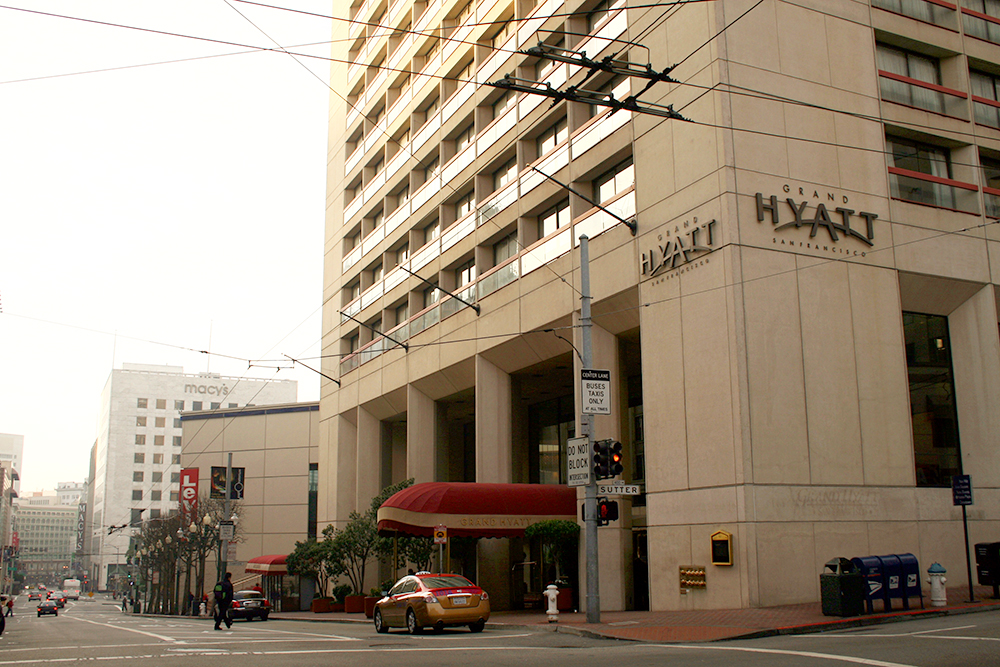 Start your trip right: by sipping a creative cocktail and soaking in views of the city. The Grand Hyatt in Union Square has a cosmopolitan lounge called OneUP, where the California wine selection is no joke and weekends bring live music. Get a table with your friends or shimmy up to the bar if you’re visiting San Francisco alone and want to make nice with the bartender. Standing next to the huge picture windows, you can map your itinerary, from Chinatown to the Yerba Buena Gardens.

2. Eat clam chowder in a bread bowl at Fisherman’s Wharf 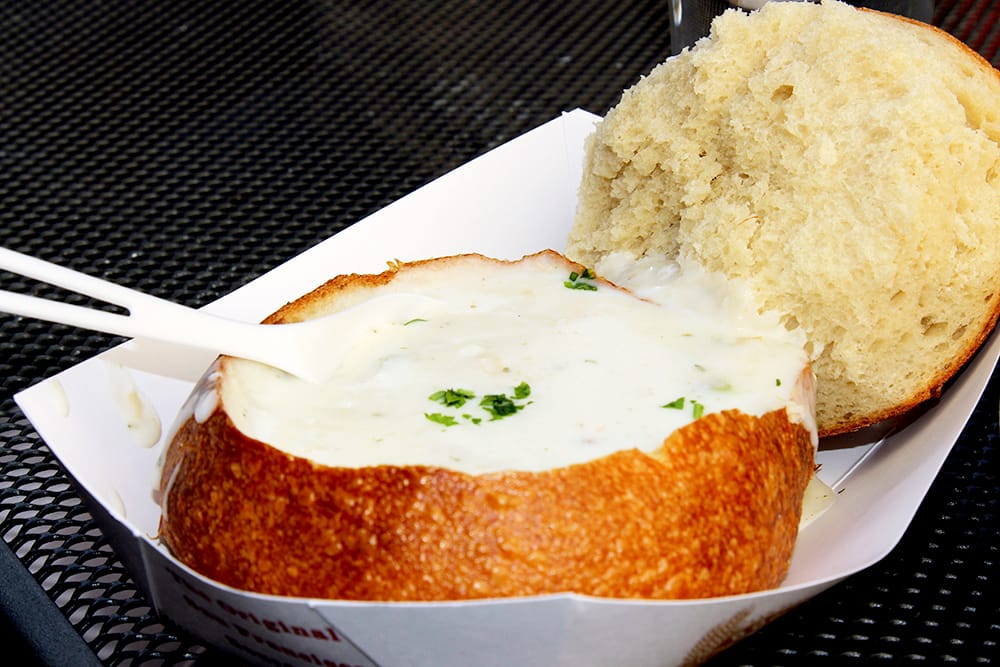 We couldn’t talk about what to do in San Francisco without discussing all the eats. There are loads of fusion restaurants in SoMa and upscale eateries in Jackson Square, and if you spent all your time in the city going from plate to plate we wouldn’t blame you. But one quintessential experience for first-time visitors is eating a bowl of chowder at the famed Fisherman’s Wharf. The Pier Market Seafood Restaurant serves award-winning soup in a sourdough bowl, and Lou’s Fish Shack has huge margaritas on the menu along with memorable chowder.

3. Climb to the top of Russian Hill 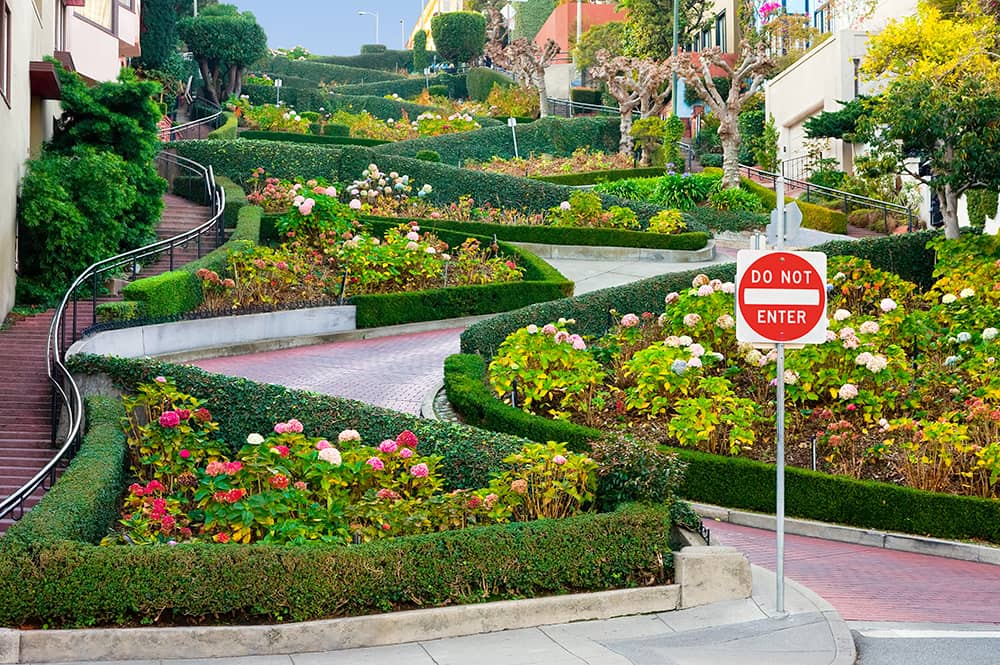 The world’s most crooked street is in this historical San Francisco neighborhood, and driving down the famously winding Lombard Street is one of the best things do in the city. But we also recommend you climb your way from the bottom of Russian Hill to the top via the Vallejo Steps. You’ll hike your way past historical homes and Ina Coolbrith Park, and at the top you can drink in city views before hitting up The Paris Block along Green Street, where French bistros and shops await.

4. Bike across the Golden Gate Bridge 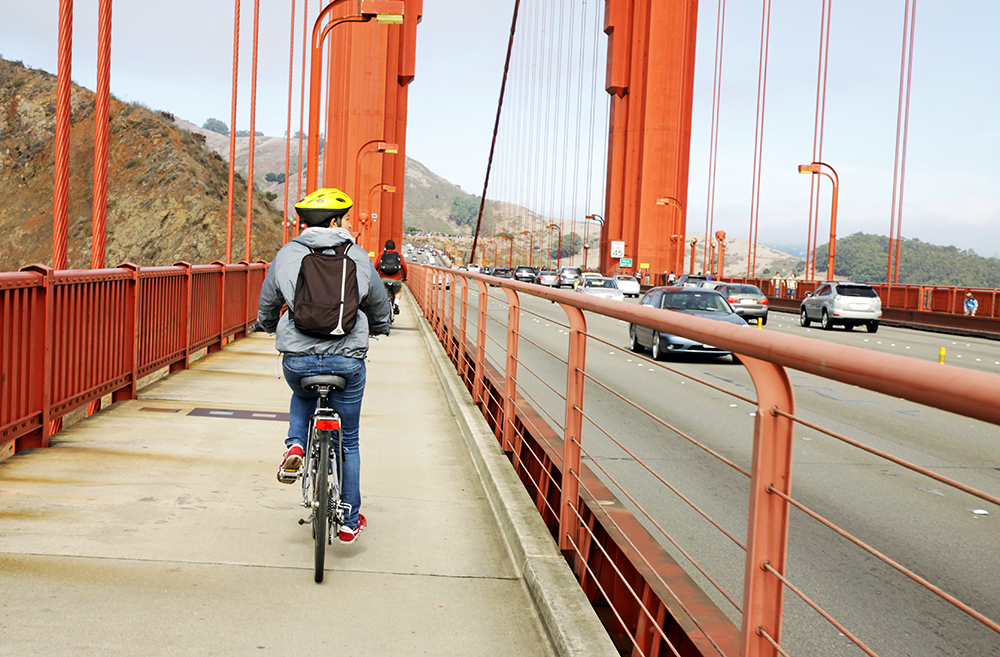 That iconic bright orange vermillion bridge piercing the fog in the city skyline is one of the most beloved San Francisco sights. On a sunny day, you can do more than just drive across it or stand at Fort Point and take a few pictures. Rent a bike and pedal your way over the famous bridge to Sausalito on the other side. Bring a bottle of water and some sunscreen for the trip; you can bike back across the bridge or ride the ferry if your legs need a break. 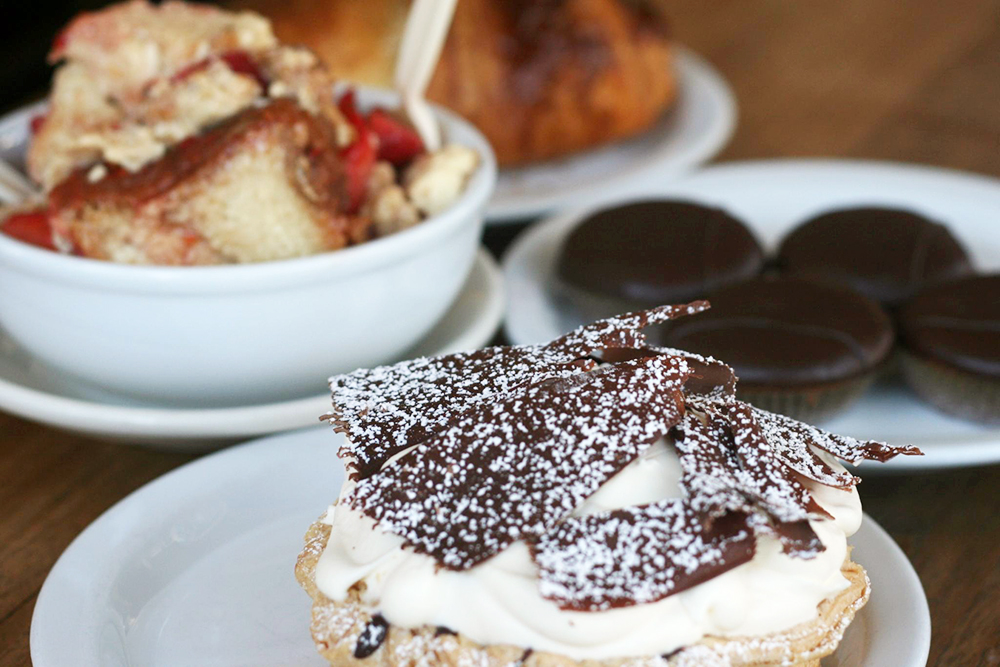 After a morning spent walking, biking, or shopping your heart out, you’re going to need some fuel. Stop at the Tartine Bakery in The Mission for an out-of-this-world pastry. Sink your teeth into a croissant or opt for the bread pudding. Treat your savory side to a slice of quiche or go for the ultimate indulgence in the form of passion fruit lime Bavarian cake. Eat something there and take something to go. You’re on vacation; carbs don’t count. 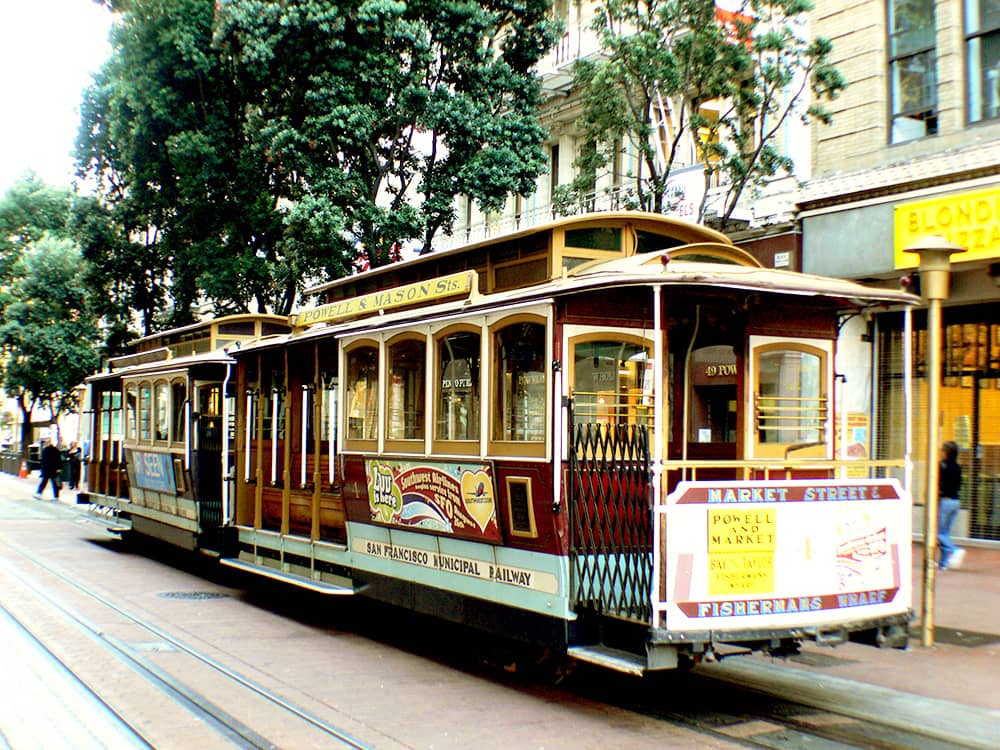 Your first time visiting San Francisco calls for a trip on the city’s most iconic form of transportation. Hop on one of the three cable cars in the city, and the charm of the trolley bell will be the soundtrack to your journey to the city’s best landmarks. The Powell/Hyde car leads to sites including Ghirardelli Square, and the Powell/Mason line leads to North Beach. Get on the California/Van Ness cable car, and you will ride through the Financial District and can stop for a bite at Tadich Grill on California Street, the oldest restaurant in California. 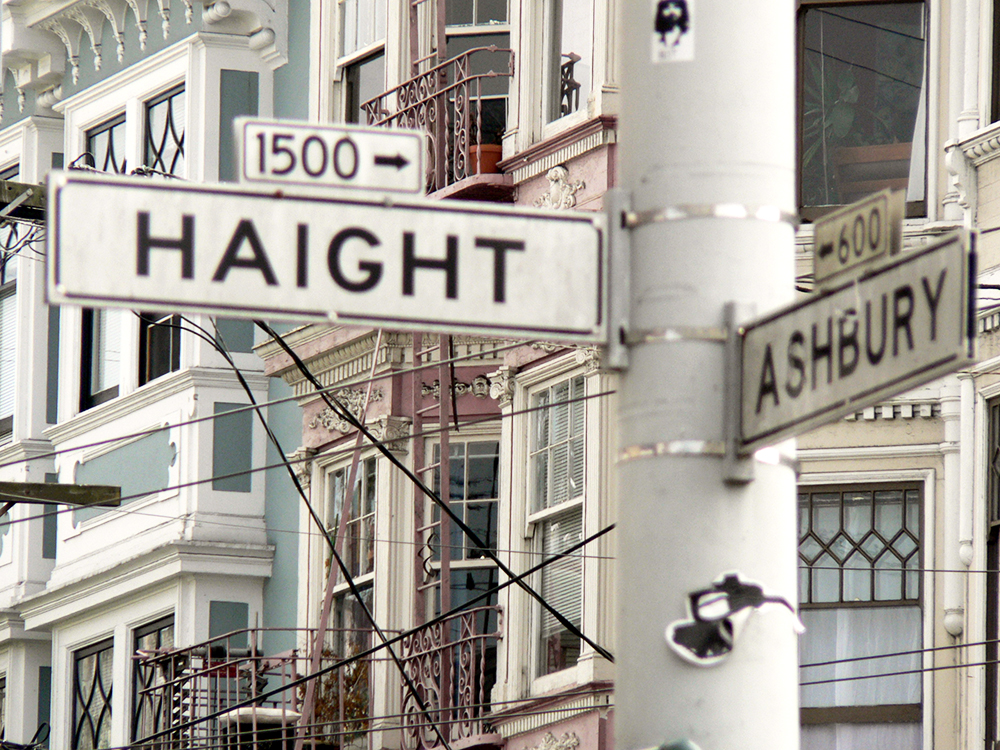 Known as the birthplace of counterculture, this small corner of San Francisco remains an eclectic neighborhood where fashion-forward shoppers and peace-and-love thinkers meet punk rockers and hipsters. Go for a walk in Buena Vista Park and stop by the Grateful Dead House, then do some shopping at the art galleries and vintage shops of Haight Street before you head to the Blue Front Café for a falafel burrito.

What do you want to do most in San Francisco?