The islands of the 50th state can feel like they’re a world away from the other 49, so it’s easy to overlook how different they can be from each other. From the immense volcanoes on the Big Island to the black sands of Maui and the canyons of Kauai, there’s plenty of places to visit and sights to see for a change of pace from all the things to do in Oahu.

Volcanoes on the Big Island

All the islands in Hawaii were built by volcanoes, but the biggest and oldest of those mountains make up the island that gave the state its name. The folks at Polynesian Adventure Tours – Gray Line Hawaii have set up an expedition that takes you right to the rim of Kilauea for a look at the molten lava pools that’ll help make the island’s next expansion. You can see some petrified trees at Lava Tree State Monument and pay a visit to Rainbow Falls for a look at the cooler side of the island. 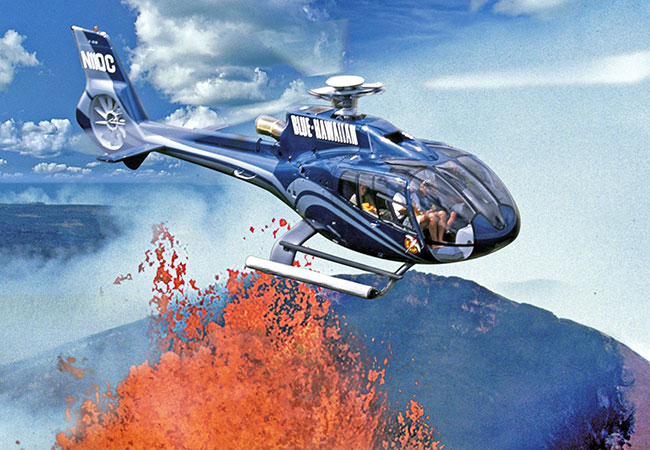 Since mountains are a such big part of the island’s story, and so much of its landscape can’t be accessed by land, this is the perfect venue for a sightseeing flight. Discover Hawaii Tours can take you on a helicopter right over Kilauea and its companions in Hawaii Volcanoes National Park, so you can see the lay of the land before you step into the jungle for an up-close perspective. And if you want to get even closer to all the spectacle while you’re airborne, Makani Kai Helicopters can take you up in a helicopter without the doors, to make sure there’s nothing between you and the scenery.

Townships, beaches, and waterfalls on Maui

In between the pair of volcanoes that shape the Valley Isle, you can find a whole new level of wilderness. One of those volcanoes—the West Maui Mountains—has been dormant long enough to crack and erode into a web of chasms covered in forest, while even Haleakala in the east hasn’t erupted since the days of George Washington and Kamehameha the Great. And if all that makes the place sound like the perfect spot for a nature drive, then Robert’s Hawaii had the same idea. A ride along the coast takes you right to the black-sand beaches, misty waterfalls, and rocky cliffs crowned by jungle in between the single-lane bridges and winding paths. 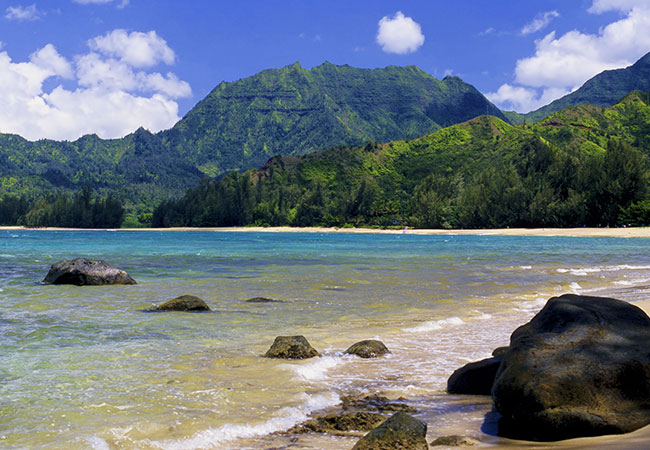 The easiest way to get around is on the Hana Highway, named for the little community on the east end of Maui that has the distinction of being one of the most isolated towns in the state. Getting there from Kahului Airport means a ride on one of the most spectacular roadways on any of the Hawaiian Islands, and Discover Hawaii Tours can help you see the scenery for yourself. Don’t forget your swimsuit for a chance to take a dip at Wai’anapanapa State Park along the way.

As the oldest of the great Hawaiian Islands, the Garden Isle has put its volcanic origins so far behind it that you’re just left with an incredible jagged landscape covered by all the greenery you could want. The team at Polynesian Adventure Tours – Gray Line Hawaii have picked out the best of the sights for a day trip that lets you check out the natural amphitheater at Fern Grotto and see why they call Waimea Canyon the Grand Canyon of the Pacific. You get some time on the water, too, with a cruise along the only river in the state that’s big enough to navigate. 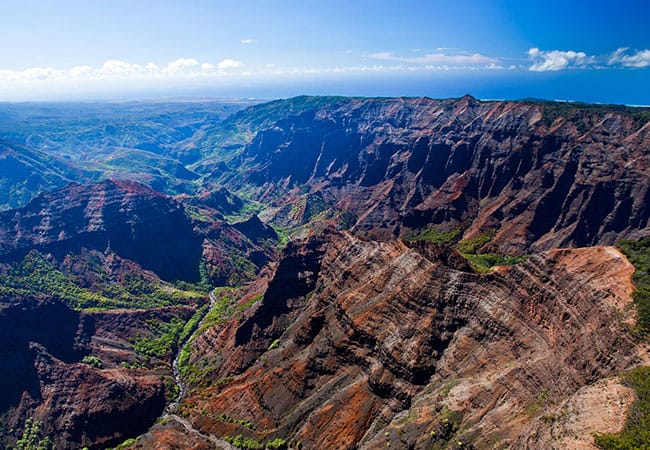 Incidentally, all the untouched scenery has been inspiring filmmakers since the cinema found this place, and you could do worse than checking out some of the places that have captured the location scouts’ hearts. Robert’s Hawaii has put together a guided day trip to the island’s greatest sites in the world of film, from spots that featured in Blue Hawaii and Gilligan’s Island to scenery from Jurassic Park and The Descendants. The landscape holds up just as well in person as it does on the screen, and you can live a half-century’s worth of Hollywood magic.

What’s your go-to destination for a day trip from Oahu?