So, do like the Beach Boys suggest in their hit single Kokomo—”get there fast and then take it slow.” After settling into your Bermuda hotel, use this guide to discover 8 things to do in Bermuda when your getaway goals involve soaking up a bit of sun at the island’s best beaches.

Every epic beach expedition begins with a bit of planning – Expedia has you covered. Hop straight on a West End tour led by the pros at Beeline Transport, you’ll trade the bustle of Hamilton (the island’s capital) for the refreshing sea breezes at Horseshoe Bay and Elbow Beach. During the tour, your guide will point out local sunbathing hotspots for later. They’ve also got plenty of stories of ill-fated explorers who sought to sail the Bermuda Triangle. 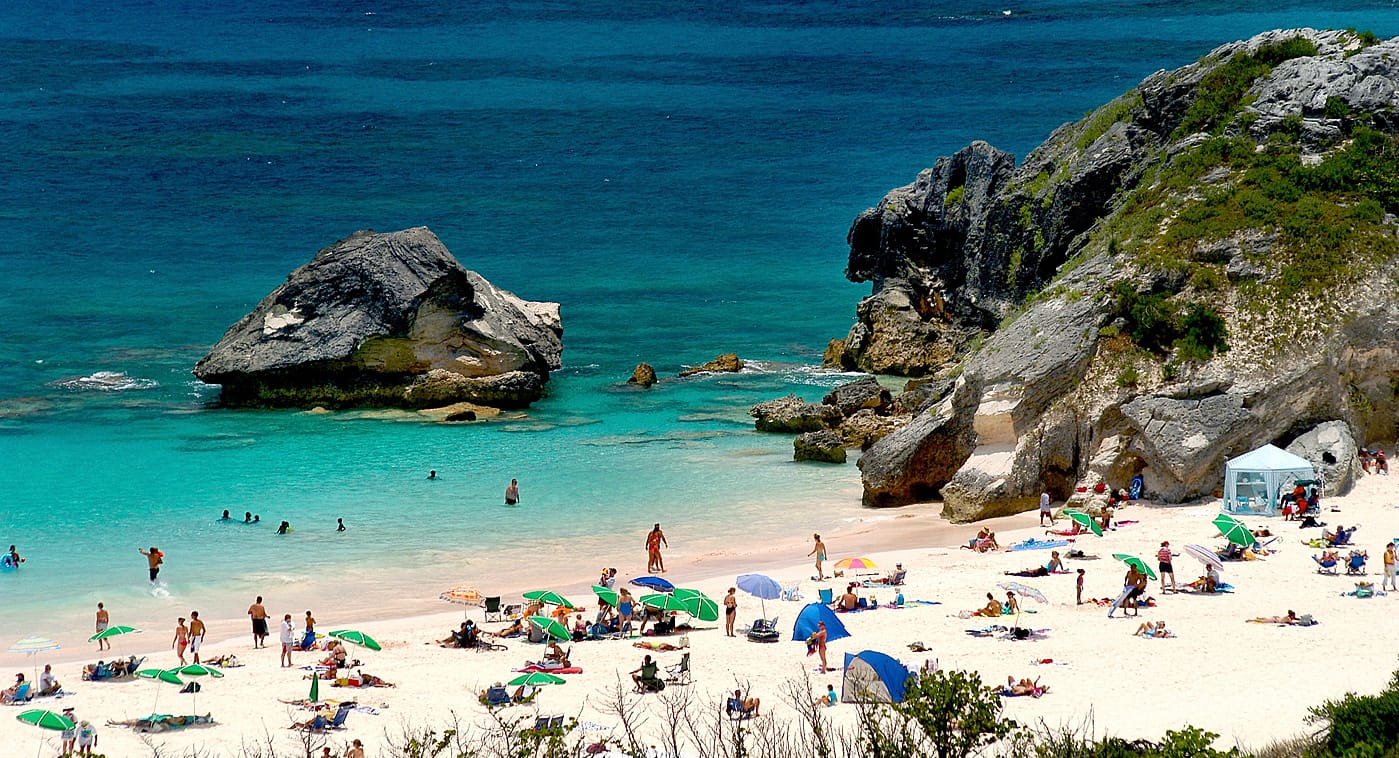 After the tour—and before relaxing on the beach—cross Meltdown Ice Cream off your sightseeing bucket list. This mom-and-pop ice cream shop is tucked away on Old Cellar Lane near Front Street and produces Innovative flavors like rum swizzle and lemon cake, perfect for a pre-beach cooldown.

Fun fact: a born-and-bred Bermudian is sometimes called an Onion—after the country’s main export (onions!) back in the 1800s. You’ll find Onions and travelers alike at Horseshoe Bay Beach—a popular beach named for Bermuda’s eponymous bay. Sink into the soothing sands formed by crushed shells that give the beach its famous rosy hue. On the beach, boogie board rentals are available, as well as a weekly volleyball tournament that serves as a thrilling introduction to Bermuda’s beach games.

Longing for a look at Bermuda’s underwater world? Consider a SNUBA excursion with the Island Tour Centre. Head to the exclusive Snorkel Park Beach and plunge beneath the surface of the Sargasso Sea. The SNUBA underwater breathing apparatus allows you to experience the ease of snorkeling with the deep-water excitement of diving near a colorful reef that teems with subtropical sea life. 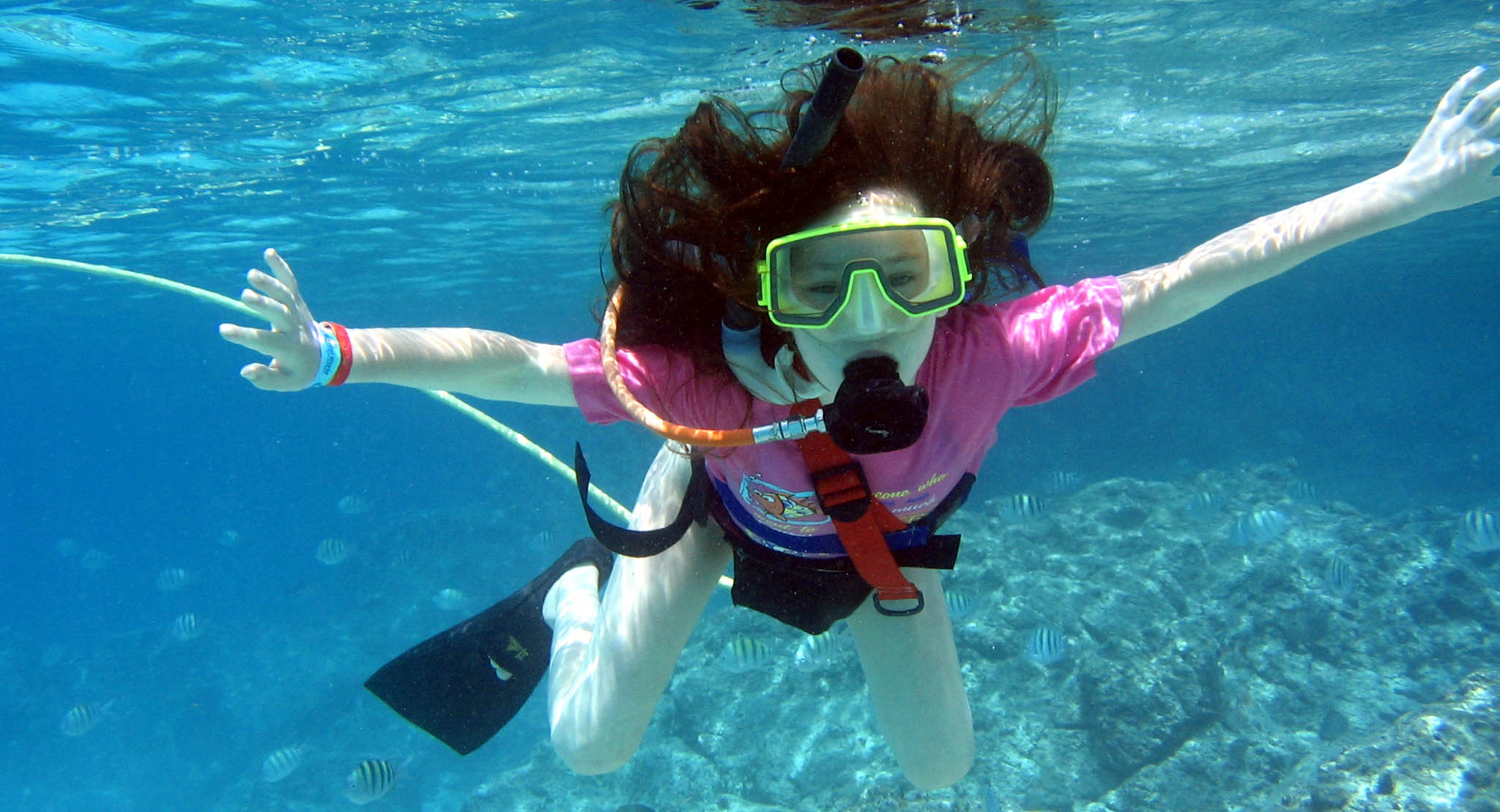 When it’s time to refuel, treat yourself to seaside views with a side of bistro cuisine at Shutters at the Cambridge Beaches Resort & Spa. Lounge beside the luxurious infinity pool and snack on Caribbean-influenced dishes like Bermuda conch fritters, washed down with a rum-based Dark and Stormy cocktail before the clouds roll in.

Get a look at adorable sea life during a dolphin encounter with Dolphin Quest. Swim alongside intelligent marine mammals and attempt to teach them a new trick or two. Your experience also includes admission to the well-curated National Museum of Bermuda. 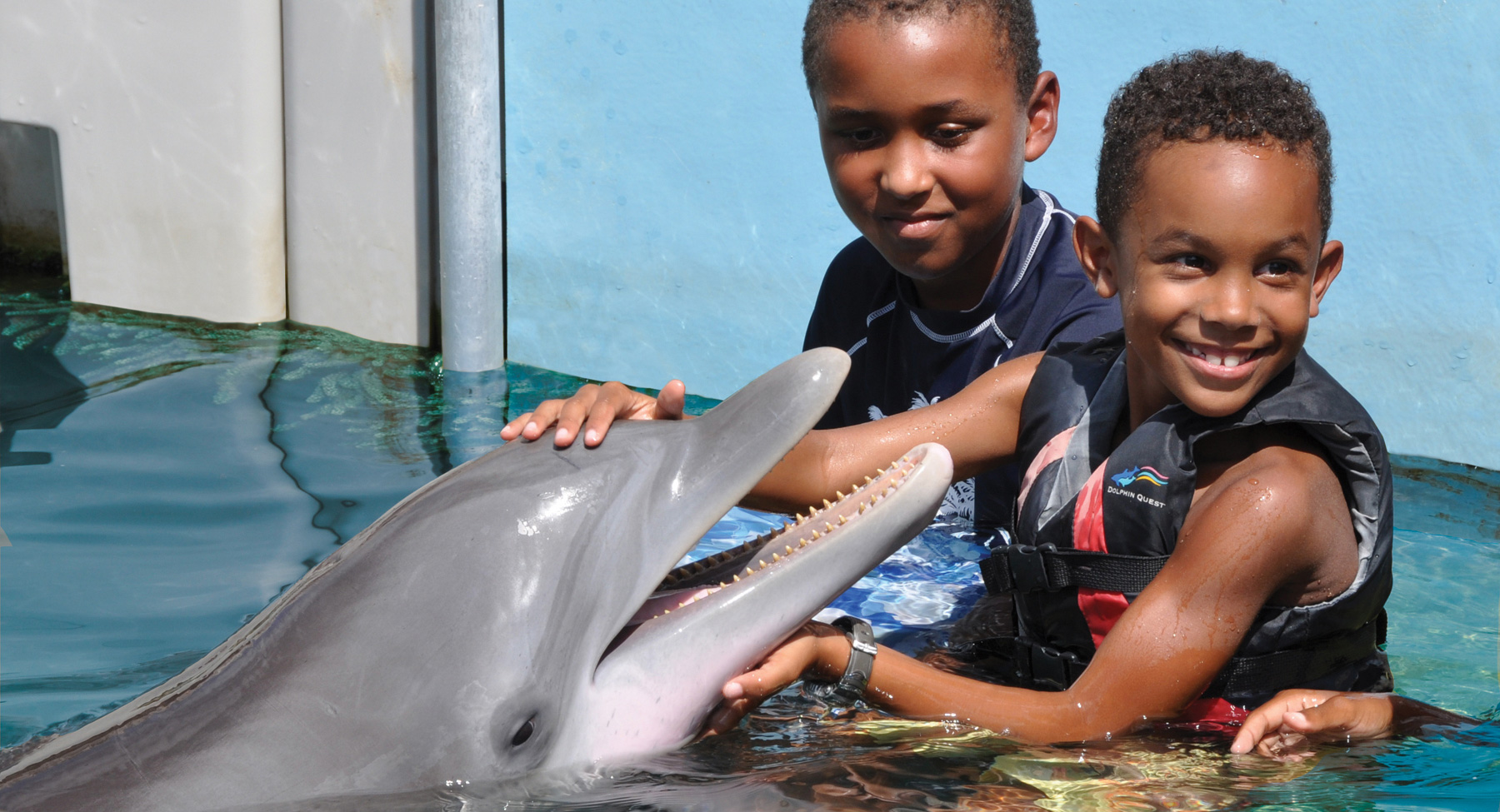 A stone throw from Dolphin Quest, the Royal Naval Dockyard isn’t just a spot for cruise ships to anchor—it’s the site of a former British navy base. Peruse the maritime buildings on display before ducking inside the Bermuda Craft Market to shop for handmade souvenirs. When your stomach begins to rumble, nibble a slice of cake from the beloved Bermuda Rum Cake Company.

Near a former artillery fort on the opposite end of the island, St. Catherine’s Beach is a secluded piece of paradise. Sink into the pearlescent sands along Gates Bay following an illuminating visit to the UNESCO-listed town of St. George, which dates back to 1612 and has been held up as an example of Britain’s early military engineering.

Whether it’s sun, sand, or simply relaxation you’re after, Bermuda doesn’t disappoint. Picture yourself sipping cold drinks in the curve of Castle Harbour or island hopping in the Great Sound—Expedia +VIP Access hotels and resorts are here to make your getaway as relaxing and lavish as your heart desires.

If you’re eyeing somewhere special to stay, Rosewood Tucker’s Point is a fabulous option. The luxury hotel group outdoes itself at this property, with palm tree-lined avenues leading you down to a private beach looking out over the Castle Harbour. Rosewood is a haven of elegant accommodation near a lush, green landscape to the south and a white-sand coastline to the north. Look out over the crystal-blue water from your private balcony, or stay poolside and wake up to a refreshing swim each day. Explore Crystal Caves a mile away and indulge in fine dining at one of the resort’s four restaurants after a long day of adventure. The resort offers 24-hour shuttle service from and to the airport, so your vacation begins the moment you reach the runway.

When you crave a truly luxurious experience, consider the Hamilton Princess & Beach Club – a Fairmont Managed Hotel. You can’t find a dreamier location than this waterfront resort in the heart of Pembroke. Start your day at the resort Marina. From here, the sea is your oyster. Parasail, paddleboard, or float peacefully on a pontoon—this is your great escape. Speaking of oysters, dining options include the highly anticipated restaurant Marcus’, named after its creator, celebrity chef Marcus Samuelsson. Stop in for a ginger-infused Dark and Stormy on a warm evening, and stay for casual Caribbean eats before watching a spectacular sunset in the harbor.

Whether it’s sun, sand, or simply relaxation you’re after, Bermuda doesn’t disappoint. Plan your next getaway along the island’s blush-colored shores, and we can almost guarantee that you’ll never tire of the Bermuda’s bevy of unforgettable beaches.

Everything You Need to Know About Virginia Beach Boardwalk

A guide to Virginia Beach Boardwalk