12 amazing islands you’ll only find in the US

When you imagine the best islands for vacation in the nation, your mind probably travels to images of umbrella drinks in Honolulu and palm trees in Key West, and for good reason. These famous U.S. islands have certainly earned their reputation as certifiably awesome getaways, but you might be surprised to discover there are quite a few other American islands that belong on your vacation radar.

With thoughts of utopian escapes and irresistible coastlines, we could practically feel the sea breeze in our hair as we set out to find some of the best islands in the U.S.—particularly some that you never even knew existed. We uncovered secluded retreats where the wildlife outnumbers people, and places so pretty they’d make the perfect screensaver. Of these great islands to visit, some are tropical and dreamy, others are rustic and wild, but all are undeniably divine.

Ready or not, set your clocks to island time. 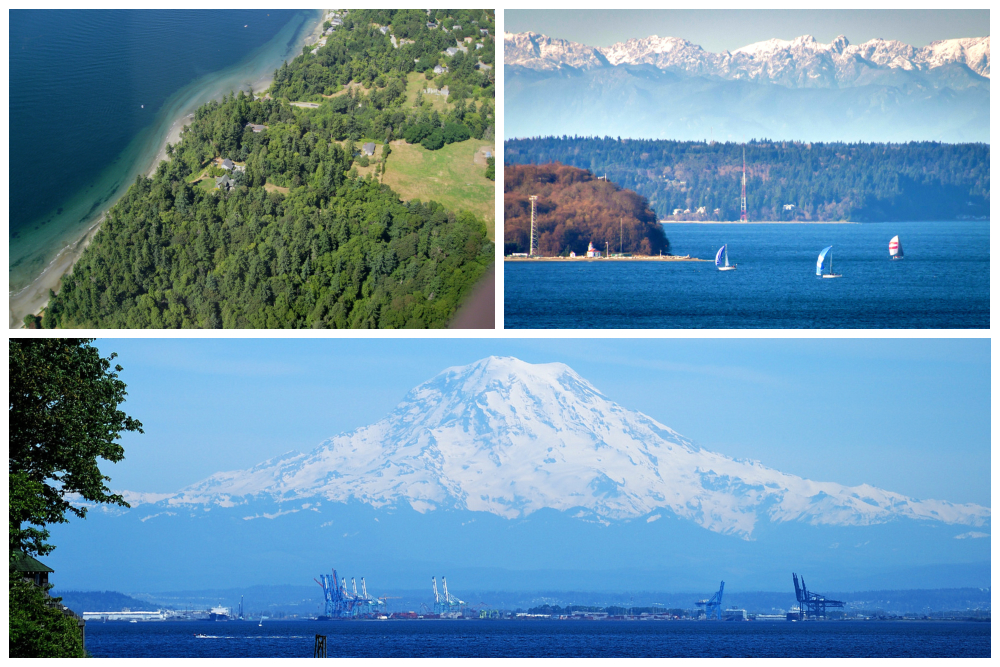 What to expect: a lush, green island where art thrives, organic is next to godliness, and small-town comfort is seriously celebrated. Known as The Heart of the Sound, Vashon Island has family-run farms, general stores, and antique shops that transport you back to yesteryear.

What to look forward to: making friends with the locals at the Burton Coffee Stand, seeing the mysterious spectacle that is Bicycle Tree, and admiring Mount Rainier from the 130+ year-old Point Robinson Lighthouse. 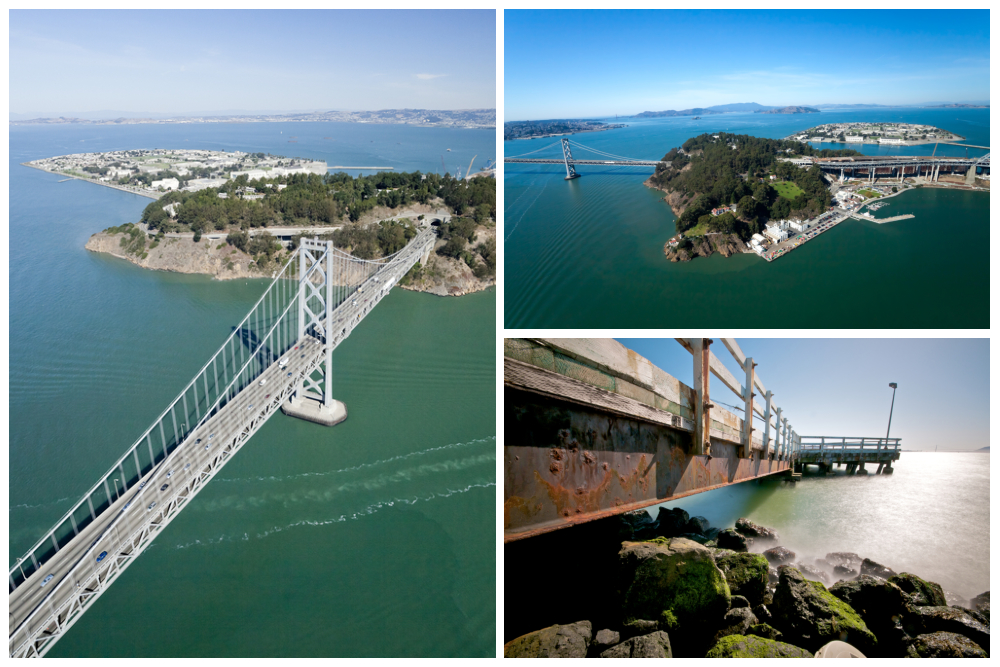 What to expect: a quirky, artificial island that’s only a hop, skip, and jump away from San Francisco. Though still in its infancy, Treasure Island is quickly learning what constitutes cool, that is, tossing beers back in an old Navy hanger, soaking up coveted views of the SF skyline, and hosting an awesome annual music fest.

What to look forward to: hunting for vintage gems at the monthly Treasure Island Flea, enjoying free samples of red wine (with no added sulfites!) at Fat Grape Winery, and taking sailing lessons around Clipper Cove. 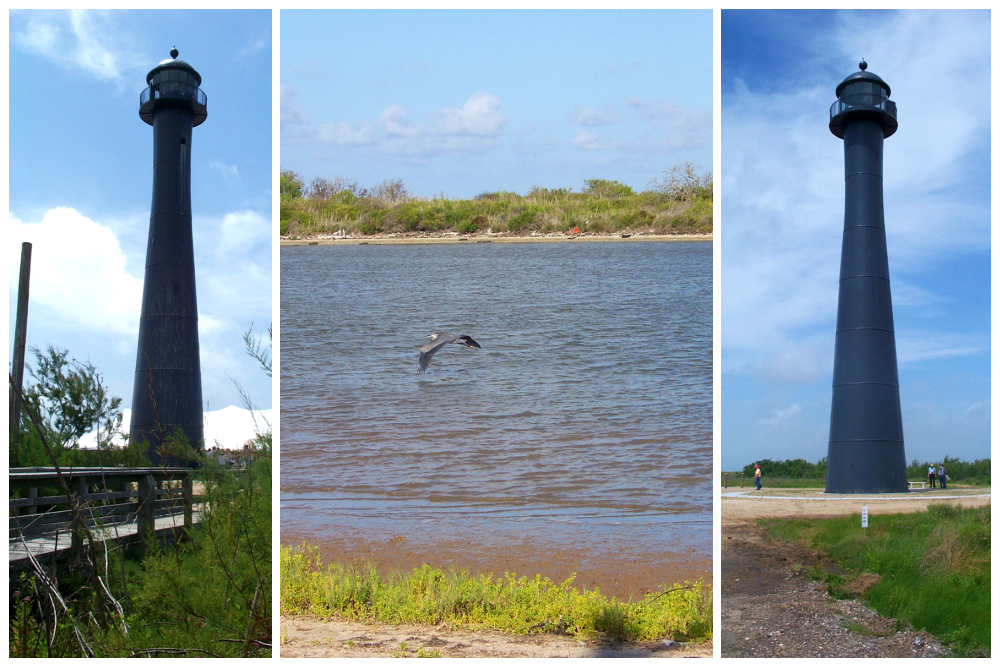 What to expect: fewer parties and more nature walks. Matagorda Island sees less traffic than its Texas island counterparts, making it feel like you’ve entered your own private getaway. During your adventures on this quiet and secluded offshore barrier island, you’ll likely see more egrets than people.

What to look forward to: setting up camp on primitive Sunday Beach, hiking to the Matagorda Island Lighthouse, and counting how many different kinds of migratory birds you see along the nature trails. 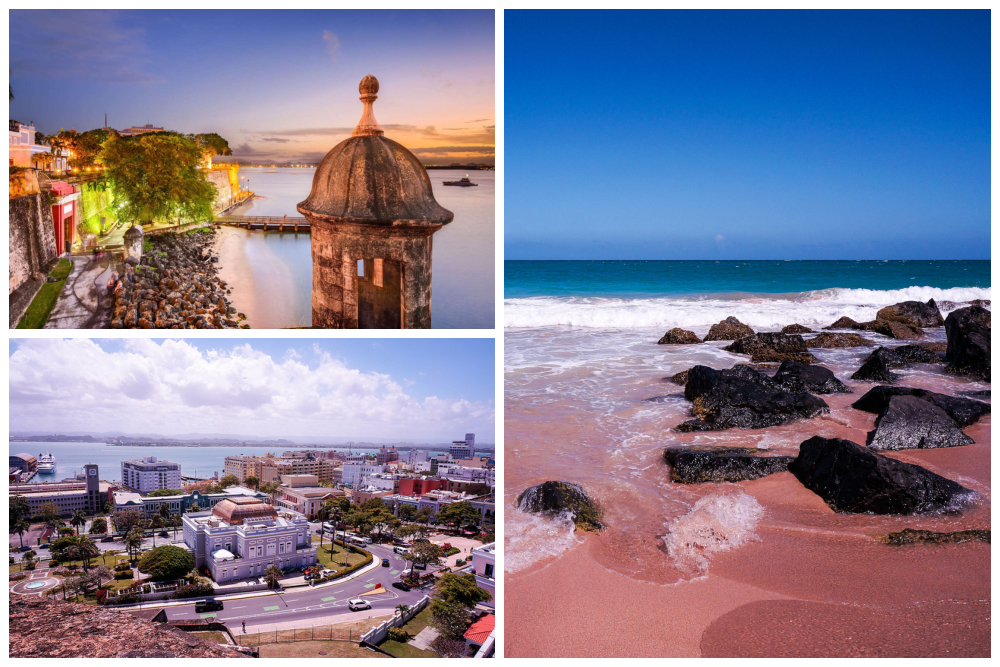 What to expect: beauty beyond the beaches. Though the island of Puerto Rico has stunning stretches of coastline, it also has a vibrant cultural scene and a fascinating past. It may be an American territory, but it is uniquely Puerto Rican, from its flavorful cuisine to its brilliant artwork.

What to look forward to: getting delightfully lost as you explore the historic streets of San Juan, adoring the exhibits at the Ponce Art Museum, and giving into the ocean’s siren song at La Posita Beach. 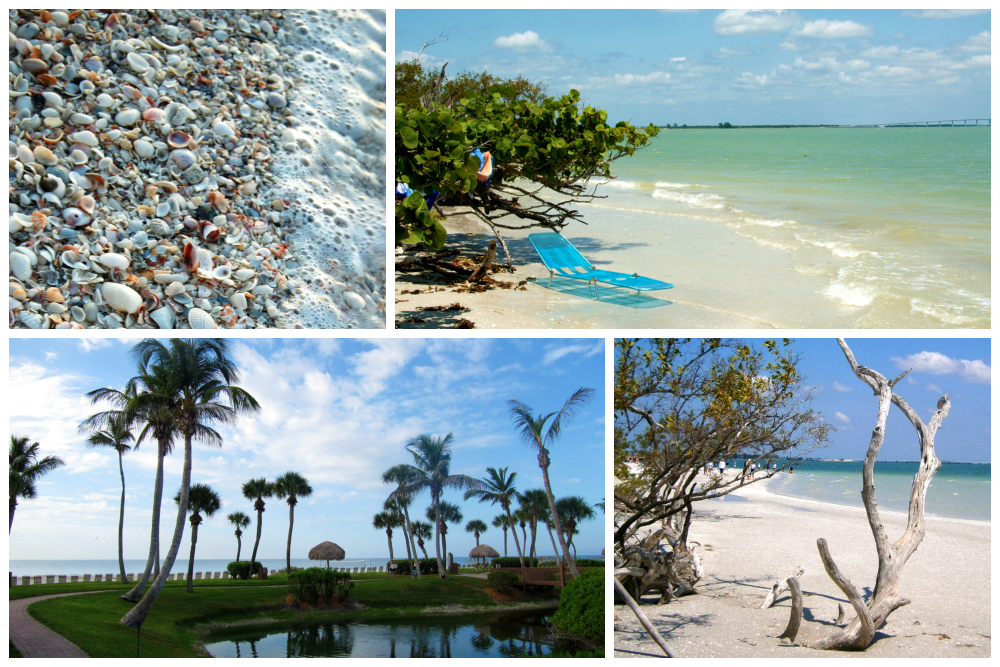 What to expect: azure water that sparkles under the sun’s rays and sunsets that stop you in your sandy tracks. Situated in southwest Florida, Sanibel Island is as pure as its white sand, with no traffic lights and almost no chain restaurants. With tropical vibes and palm trees galore, you thought this piece of paradise only existed in your dreams.

What to look forward to: sifting through the more than 250 kinds of seashells that wash up on shore, spotting manatees on an ecotour through the waterways, and cooling off with a scoop of homemade lemon sorbet from Love Boat Ice Cream. 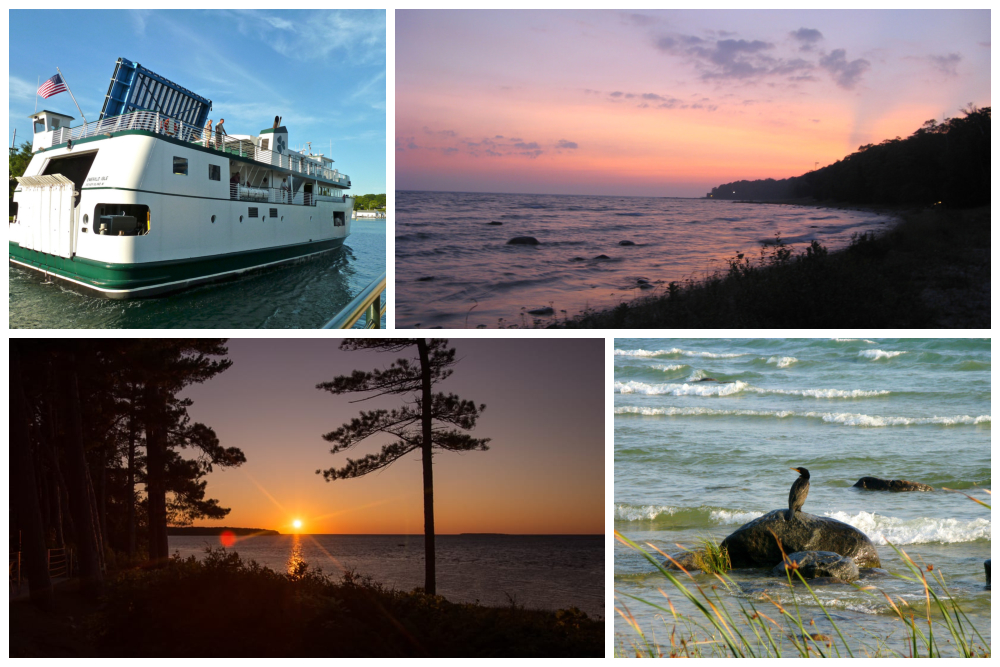 What to expect: an island, thick with forests, that challenges you to be in the moment, free of traffic jams, deadlines, and social media notifications. It’s an open invitation to forget about time, as you cast a line for bluegill in Lake Geneserath, and admire the night sky in one of best stargazing spots in the nation.

What to look forward to: searching the shoreline for ancient shipwrecks, exploring the village’s fishing past at the Maritime Museum, and dining at the island’s oldest eatery: Shamrock Restaurant & Pub. 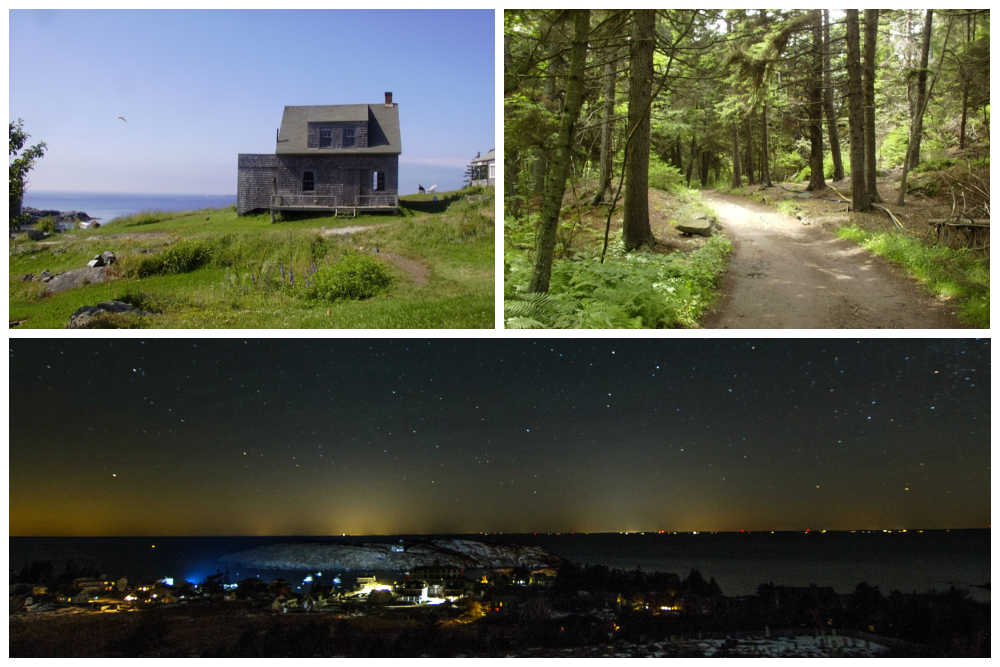 What to expect: an idyllic retreat. You’ll soon realize why an artist colony set up shop here, where the rugged spruce scenery inspires even the non-artist to pick up a paint brush. With only dirt roads and vehicles limited to a few dozen pickup trucks and golf carts, the island’s untouched beauty and isolation call upon those seeking peaceful respite.

What to look forward to: peeking your head into art studios and galleries around the village, venturing to the rocky sea cliffs along the Headlands, and spending an afternoon at the Monhegan Museum of Art and History. 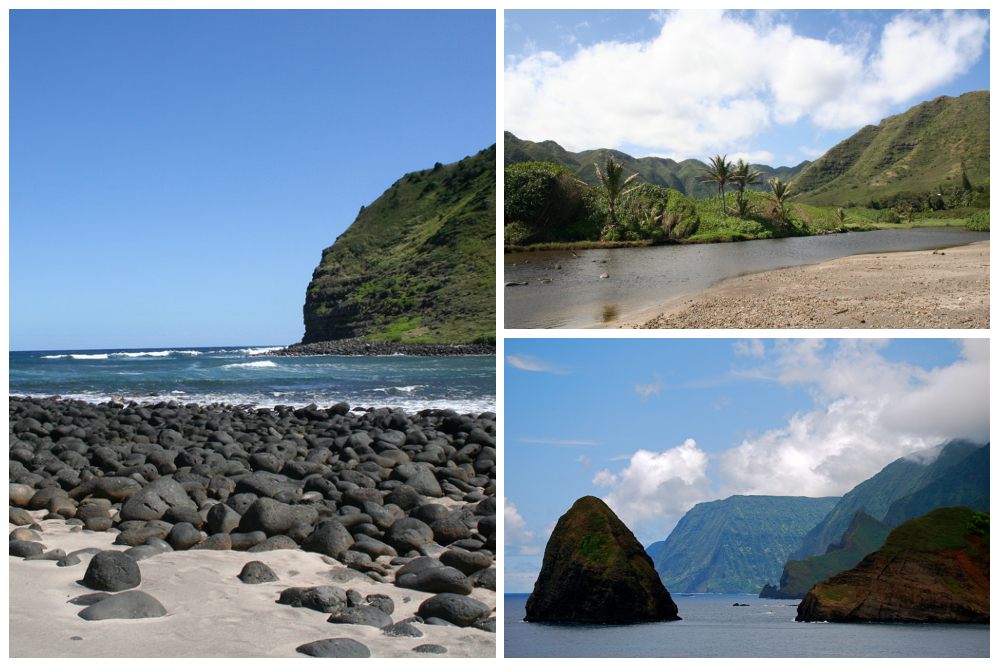 What to expect: all the tropical goodness that the more famous Hawaiian islands offer, but with an added sense of history, culture, and untouched landscapes. Often referred to as the birthplace of hula, Molokai is home to ancient temples and one of the state’s oldest settlements, Halawa Valley, where you can join a guided hike to Moaula Falls, an astonishing 250-foot waterfall.

What to look forward to: Instagramming some of the world’s highest sea cliffs, riding a mule to Kalaupapa, and visiting the ancient Hawaiian fishponds. 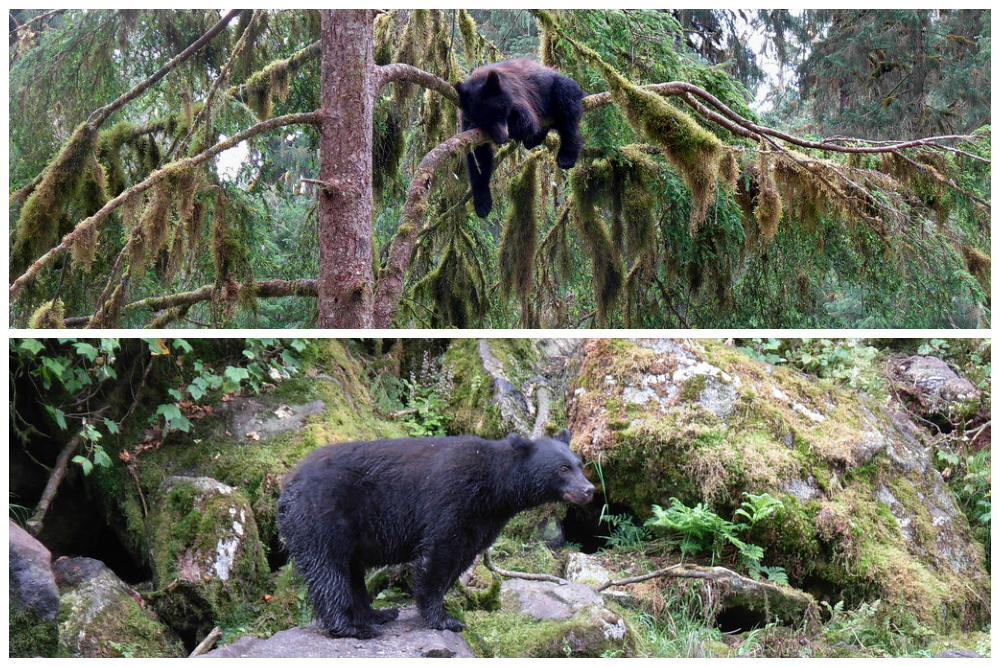 What to expect: an untamed wildlife safari, where humpback whales breach off the coast and black bears roam along Pat’s Creek. This slice of wild wilderness, tucked in the Alaska Panhandle, prides itself on sharing the wonders of nature, from the sea lions that bask on the shores of Petroglyph Beach to one of the world’s largest concentrations of bald eagles.

What to look forward to: hiking through the hemlock trees to Rainbow Falls, spotting moose along the Stikine River, and taking a day trip to the nearby Anan Bear and Wildlife Observatory. 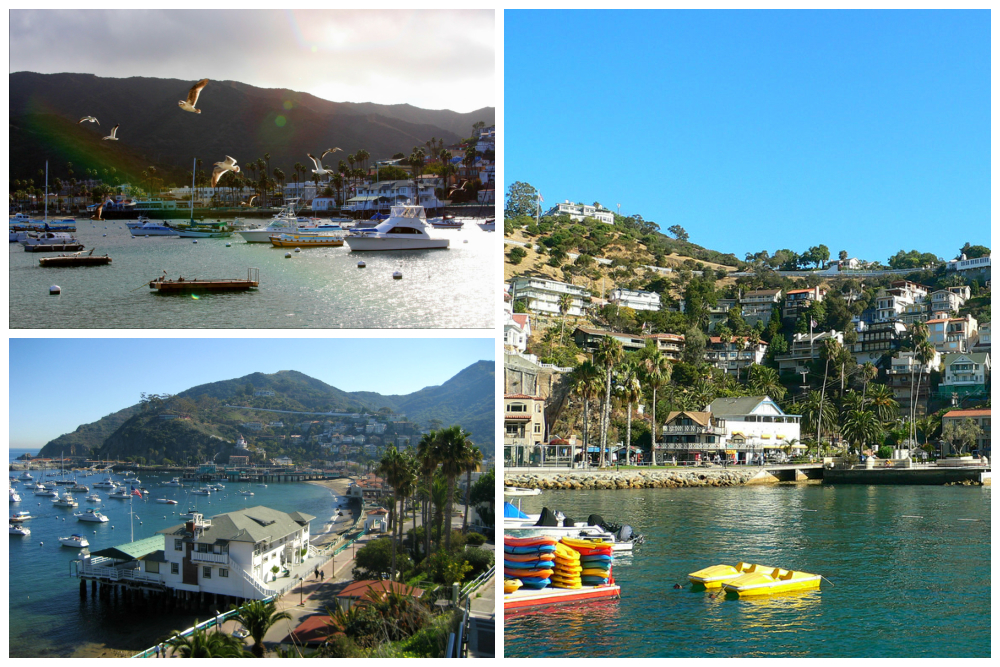 What to expect: 42,000 acres of nature preserve floating in the Pacific Ocean. Though a whopping 88 percent of Catalina Island is protected, it’s easy to acquire a permit to explore the island’s wildlands. The Trans-Catalina Trail offers a roughly 40-mile hike for the rugged backpacker, while the town of Avalon serves up fruity cocktails and waterfront views.

What to look forward to: snorkeling at Casino Point Dive Park, soaring through the air on the Catalina Zip Line Eco Tour, and eyeing the herd of bison that were left on the island after a movie filming back in 1924. 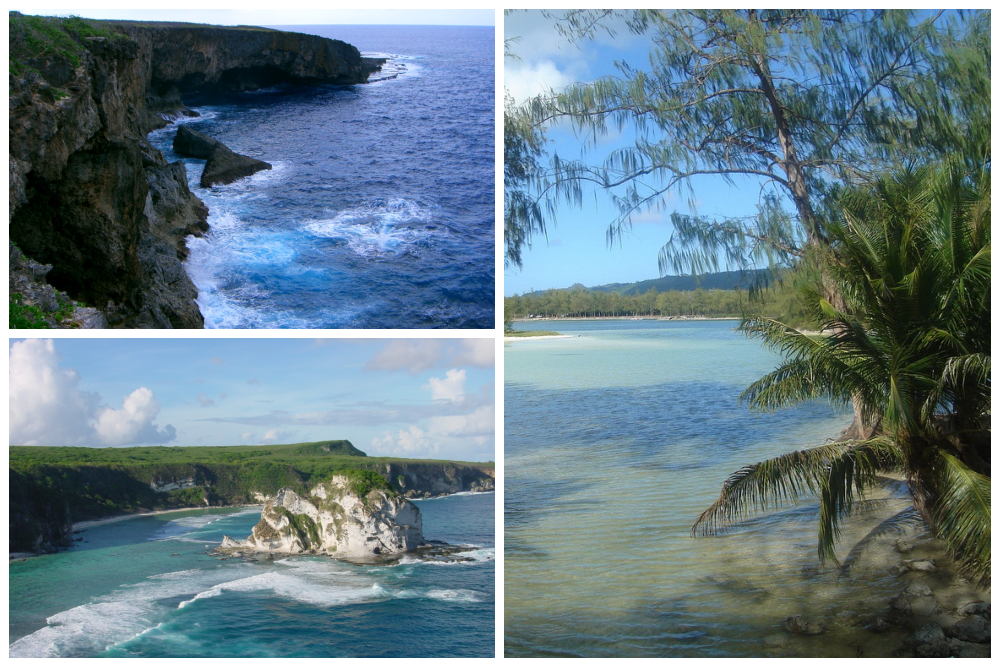 What to expect: a tropical island that you had never heard of, and now won’t be able to forget. Closer to Asia than North America in the Pacific Ocean, this American territory is practically always 80s degrees F, perfect for a hike to scenic (and historic!) Suicide Cliff and a dip in the waters at secluded Wind Beach.

What to look forward to: windsurfing between Micro Beach and Managaha Island, scuba diving with parrotfish in The Grotto, and sampling the local grub at the Garapan Street Market. 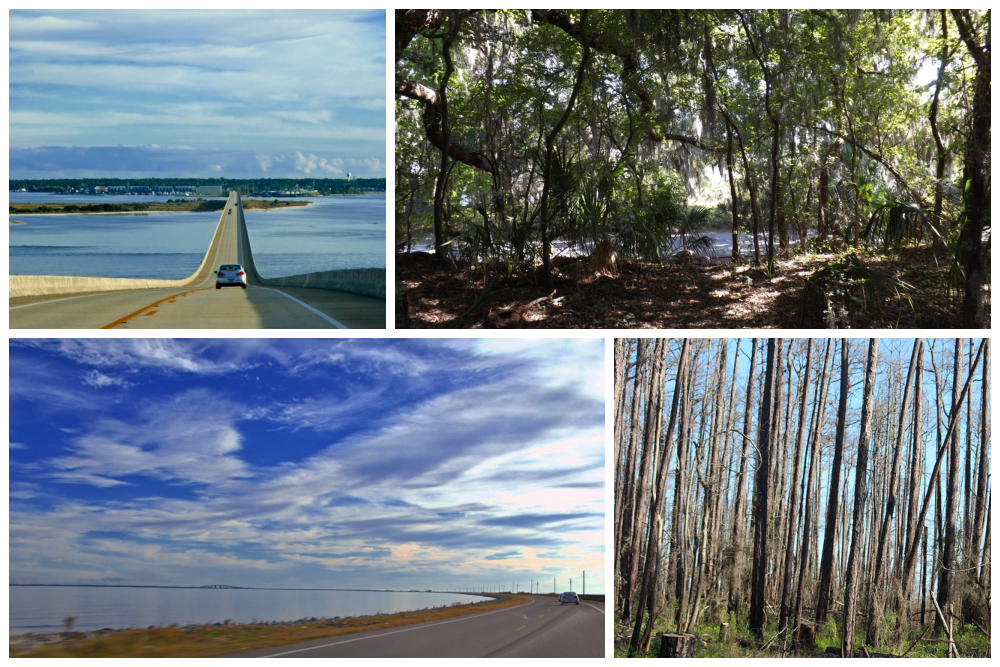 What to expect: the tickle of sea mist on your skin, the salty air tousling your hair, and the warmth of the sand under your feet. Described as the Sunset Capital of Alabama, Dauphin Island promises heavenly beaches, peaceful nature trails, and even the world’s largest fishing rodeo.

What to look forward to: getting a glimpse of the winged species at the Audubon Bird Sanctuary, discovering what all the fishing hype is about, and stepping into the past at Fort Gaines.

What do you think are some of the best island vacation destinations?