Planning a Veterans Day weekend getaway? Take some time at the monuments, memorials, and museums across the United States of America to honor those who’ve served. You can experience the largest Veterans Day parade in New York City or watch the sun light up the Anthem Veterans Memorial in Phoenix.

Expedia offers travel discounts for current and retired US military personnel, so take advantage when you travel this Veterans Day. 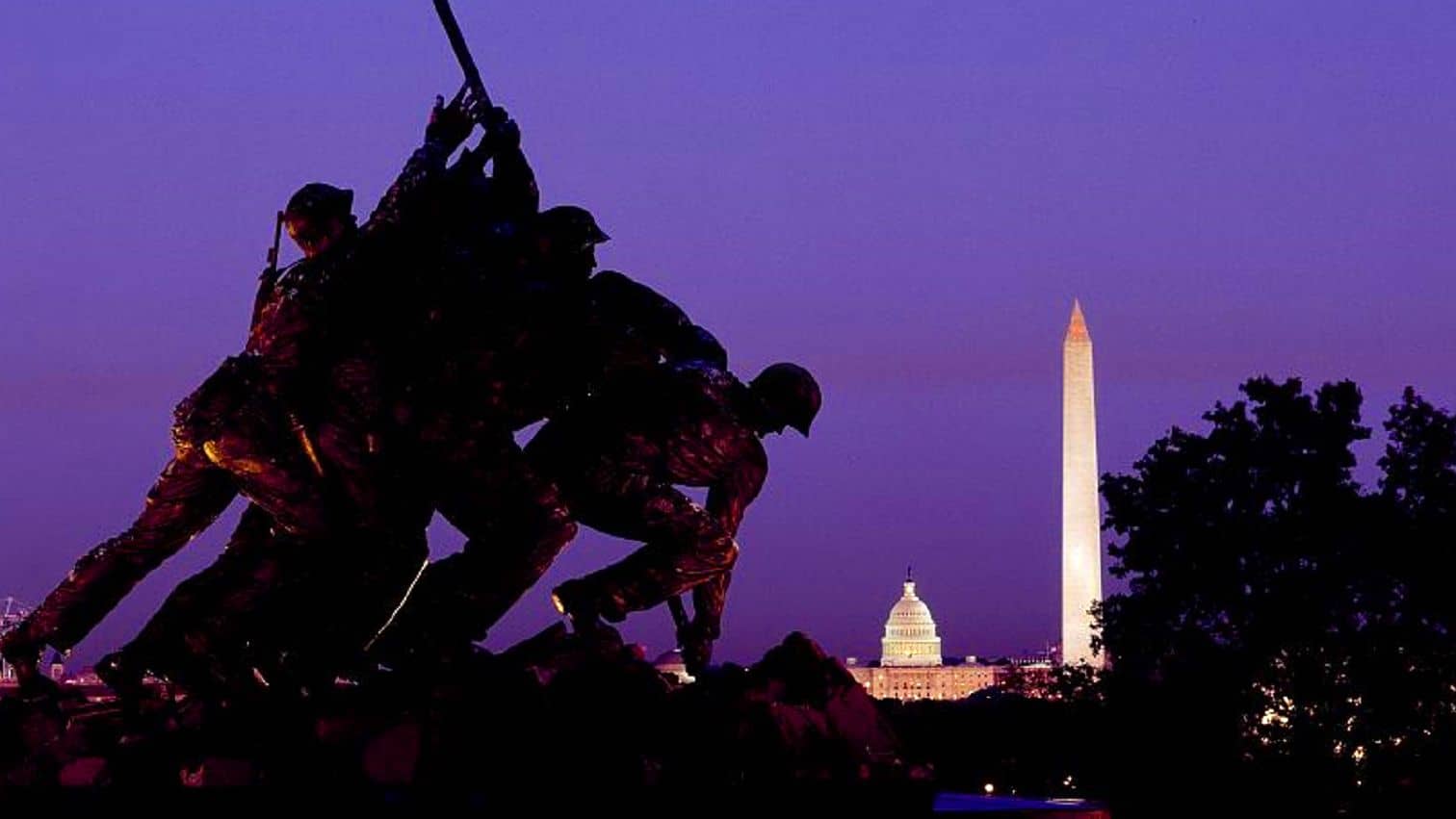 As befitting the nation’s capital, the Washington D.C. area houses many memorials to recognize the men and women who risked their lives for their country. From the reflective black granite walls of the Vietnam Veterans Memorial to the iconic statue of 6 men raising a flag at the Marine Corps War Memorial, millions of visitors come to pay their respects throughout the year. Take a guided tour to deepen your visit to Arlington National Cemetery and the monuments and memorials around the National Mall. 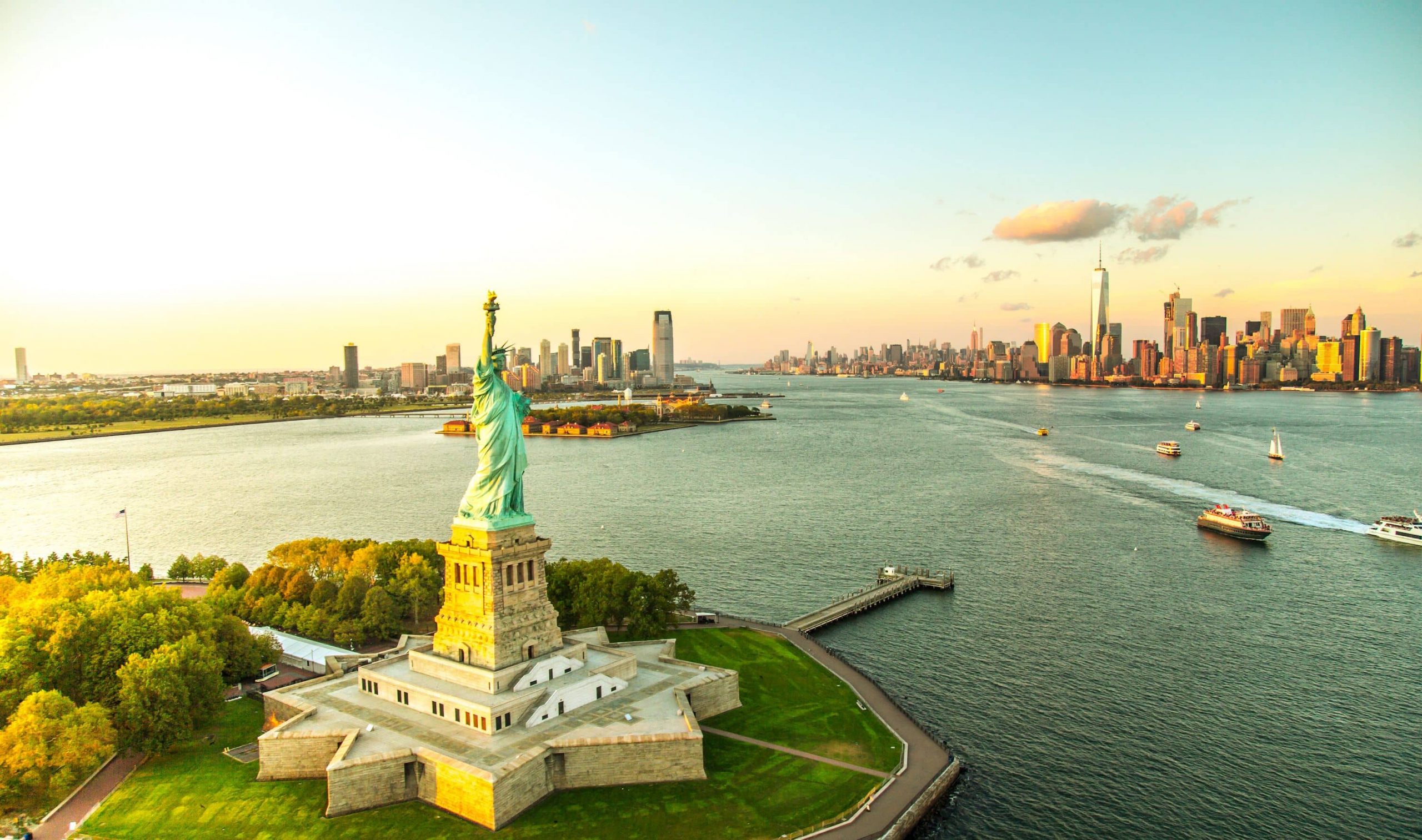 New York City throws the largest Veterans Day parade in the country. Since November 11, 2019 marks 100 years of Veterans Day, originally called Armistice Day, it’s sure to be spectacular. Head to the Big Apple and join the enthusiastic crowds to watch veterans of all eras, military units, civic and youth groups, top high school marching bands, floats, and military and vintage vehicles parade along 5th Avenue. During your Veterans Day vacation, take in other patriotic sights in NYC including the Statue of Liberty and Ellis Island and the 9/11 Tribute Museum and 9/11 Memorial. 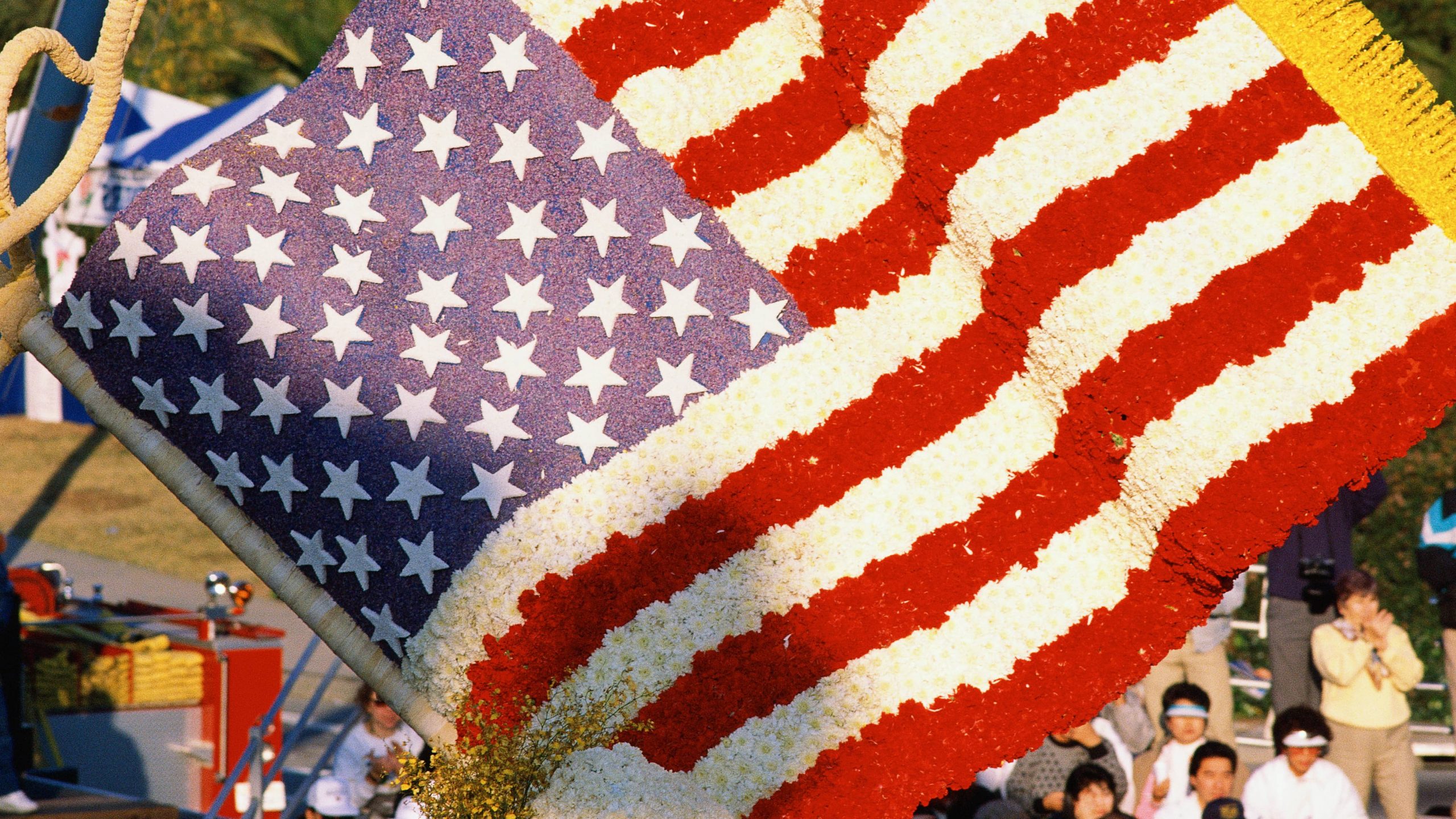 On November 11, at precisely 11:11 AM, the sun shines through the 5 pillars of the Anthem Veterans Memorial to create the bright image of The Great Seal of the United States. Each pillar represents a branch of the United States military standing together. See this fleeting phenomenon in Phoenix, Arizona during a special Veterans Day Ceremony. While you’re Phoenix, appreciate America the Beautiful with a day trip to the awe-inspiring Grand Canyon National Park. 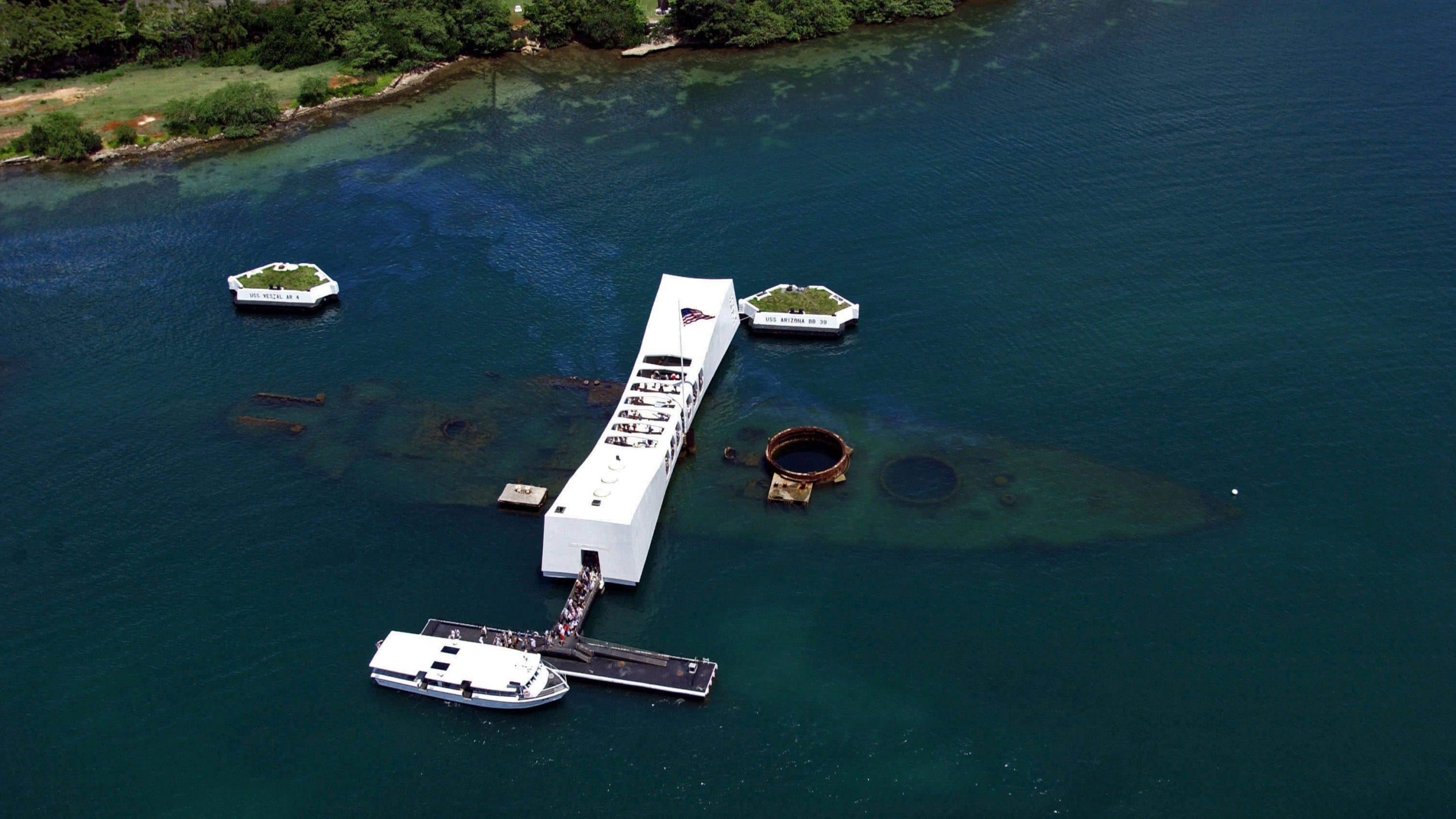 For a warm weather Veterans Day vacation, head to Pearl Harbor on the island of Oahu in Hawaii. Pay your respects at the USS Arizona Memorial that spans one of the battleships sunk on the day that will live in infamy. Black tears of oil still bubble up from below. Then, stand on the deck of the Mighty Mo, where World War II officially ended. Take a tour of the USS Bowfin to explore the WWII submarine and visit the Pacific Aviation Museum to see rare American and Japanese aircrafts. Pearl Harbor makes an engaging and educational trip for the whole family. 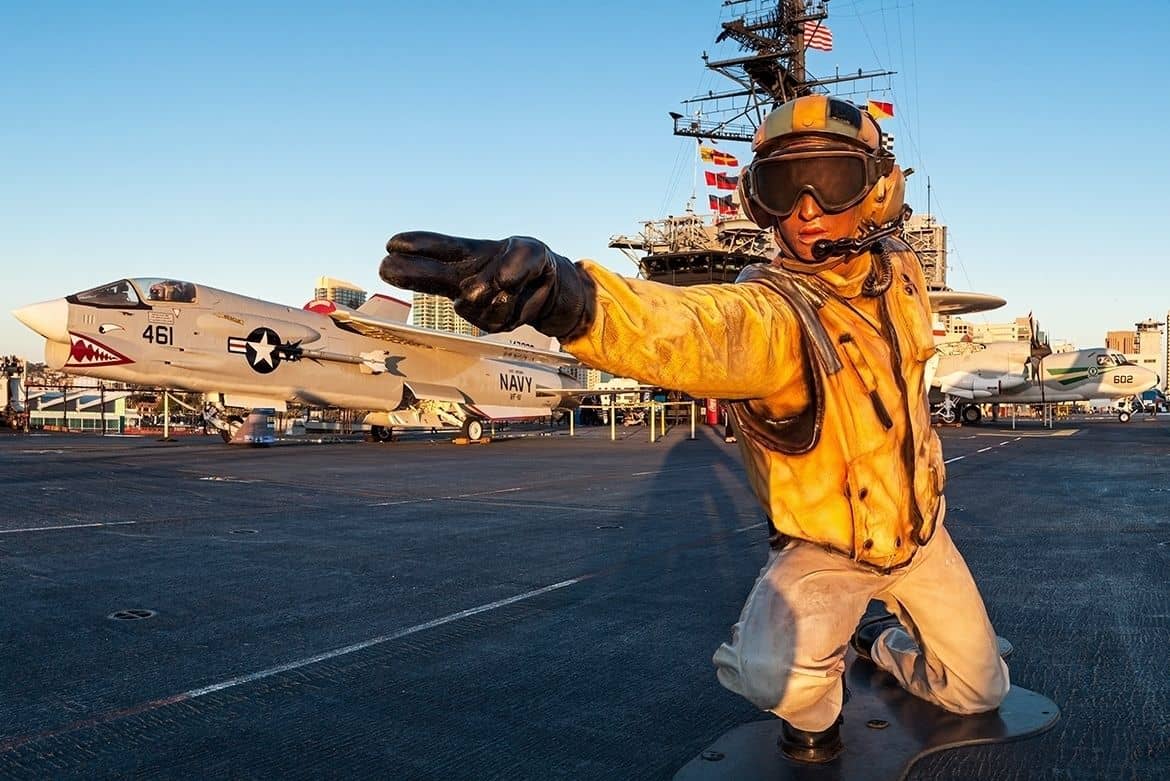 From November 1 to 17, active duty military, veterans, and up to 3 additional family members receive free admission to the USS Midway Museum. Climb aboard this historic aircraft carrier to explore its innerworkings, including access to 29 carefully restored aircraft on the flight deck. Other Veterans Day celebrations in San Diego include a parade in downtown, free rides on the Patriot Jet Boat and Hornblower Harbor Cruise for all veterans and active-duty military, and many other activities around the city. 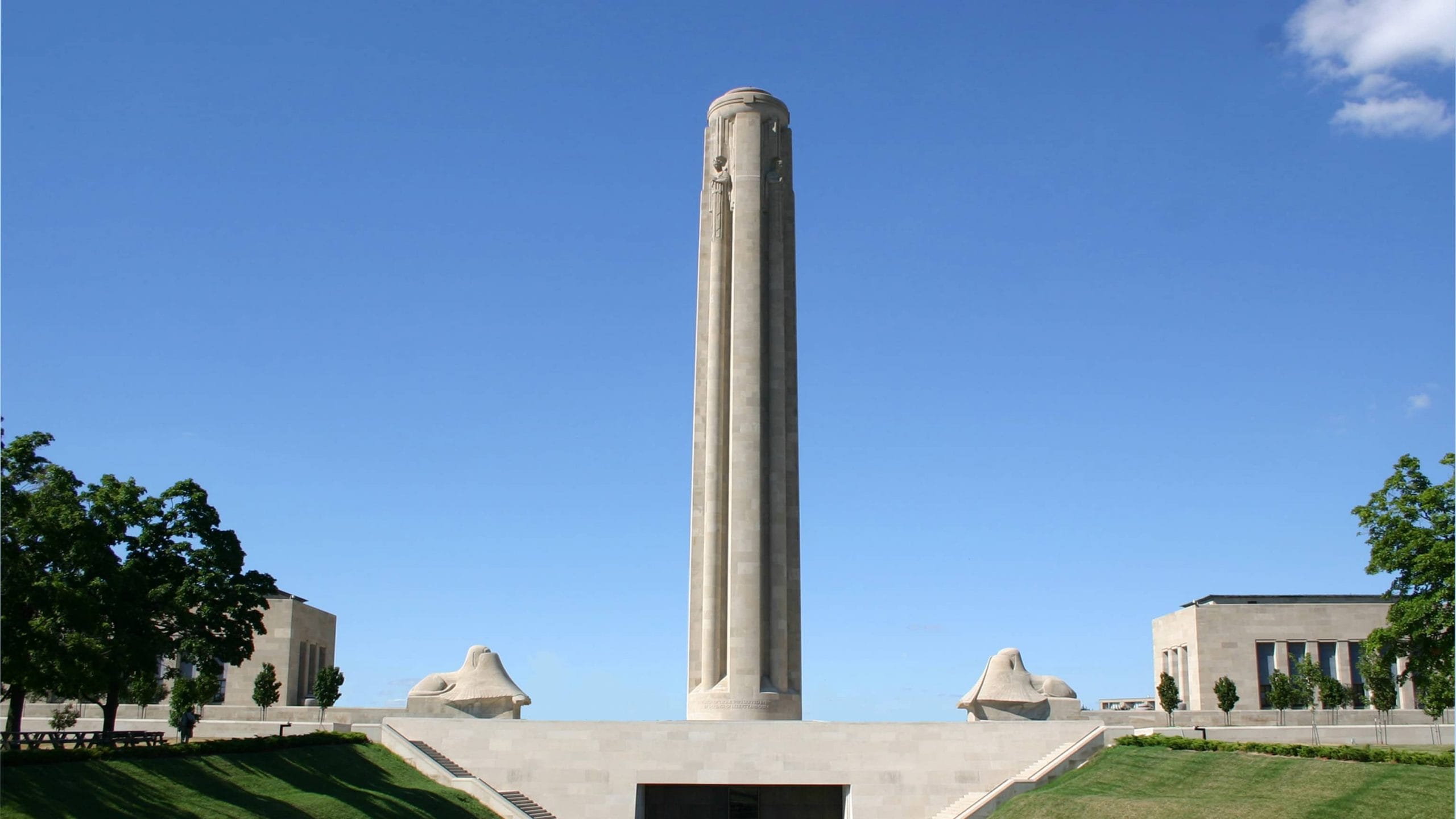 The towering limestone pillar of the Liberty Memorial in Kansas City, Missouri is dedicated to sustaining world peace and honoring fallen soldiers from the First World War. On Veterans Day, the neighboring National World War I Museum holds a ceremony including keynote speakers, music performances, and a traditional laying of the wreath. Go inside to see interactive exhibits about trench warfare and a field of 9,000 red poppies representing the 9 million who lost their lives in The War to End All Wars. Admission to the museum is free on Veterans Day.

Where will you go for a Veterans Day vacation?

Best places to experience winter outdoors in the U.S.
The Top 15 Wineries in Sedona, AZ and the Verde Valley Wine Region
What is Sedona Known For?

What is Sedona Known For | Expedia

How to Plan a Chic Bachelorette Party in Scottsdale

Planing a bachelorette party as colorful as a cactus flower

Take some time at the monuments, memorials, and museums across the United States of America to honor those who’ve served on a Veterans Day vacation.