21 of the most scenic East Coast cities

Cities along the nation’s right coast get a lot of attention come autumn for leaf peeping and summer for vacationing. But the truth of the matter is, the East cCoast is breathtakingly beautiful regardless of whether it’s frosted in a winter blizzard or glistening after a spring shower.

Because there are so many East Coast cities that make you stand in awe of their scenic wonder, we decided it was time to round up the most picturesque of them all. Taking into account all elements of beauty, including cityscapes, ocean views, mountain retreats, open space, and even architecture, we narrowed down some of the finest East Coast destinations. No matter the season, the following are the best East Coast cities to visit when you’re looking for some eye candy. And when you’re ready to explore the left coast, don’t miss our list of the most scenic West Coast cities, too! 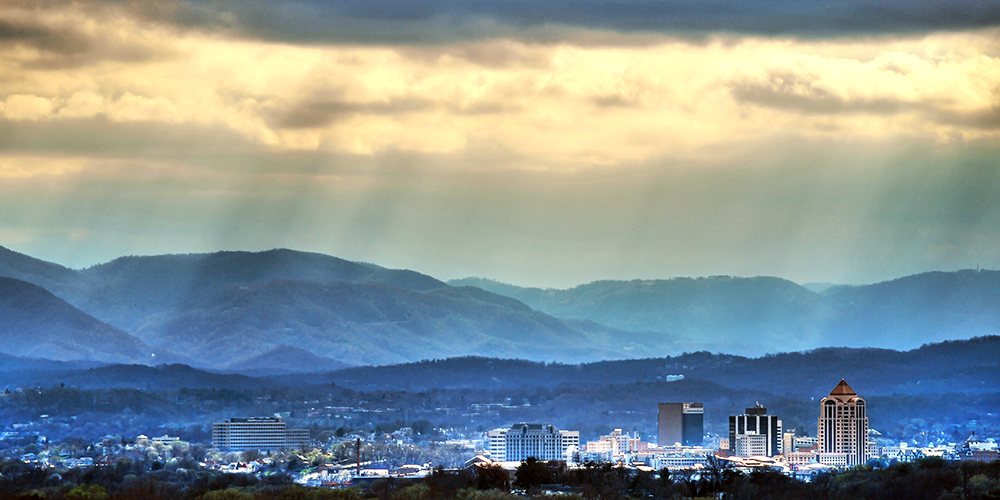 This historic city in the mountains is the epitome of Virginia charm. Nestled in the heart of the Blue Ridge Mountains, Roanoke is surrounded by the calm serenity of nature. In the summer, the lush landscape is as green as can be with more than 600 scenic hiking and biking trails. Perhaps most magnificent of all is when the seasons start to change—the birch leaves turn yellow as the oak foliage goes maroon. 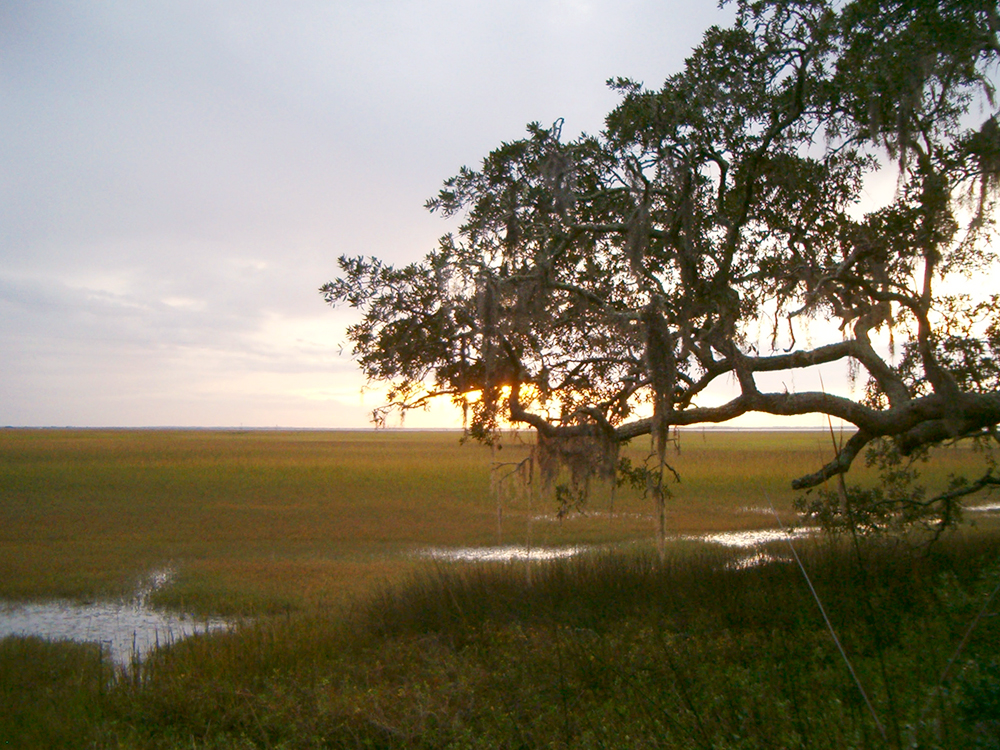 As the mainland entry point for the Golden Isles, Brunswick has its fair share of nature escapes. Kayak through the Marshes of Glynn and hike the local trails to see oak trees covered in moss and coastal birds flapping their wings over the salt water. The manmade wonders in Historic Downtown Brunswick are equally as appealing, including the1800s Hofwyl-Broadfield Plantation, where rice was once harvested, and the 1898 Historic Ritz Theater, which was originally the Grand Opera House. 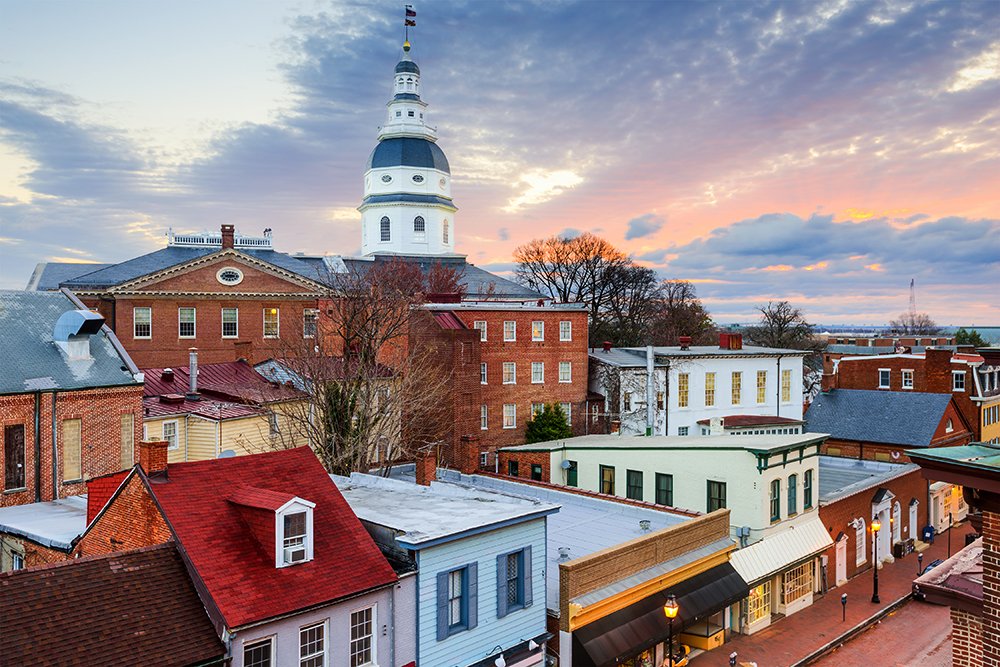 A nautical town to be sure, Annapolis sits on the sparkling shores of the Chesapeake Bay. Each May, the horizon becomes filled with sails flapping in the wind as part of the annual Spring Sailboat Show. When spring turns to summer, dine at a waterfront restaurant for spectacular views of the sun setting over the water, but once autumn strikes, tour the Naval Academy’s campus to see the leaves start to turn with a backdrop of the 1908 chapel. Of the beautiful places to visit on the East Coast, Annapolis is high on the list. 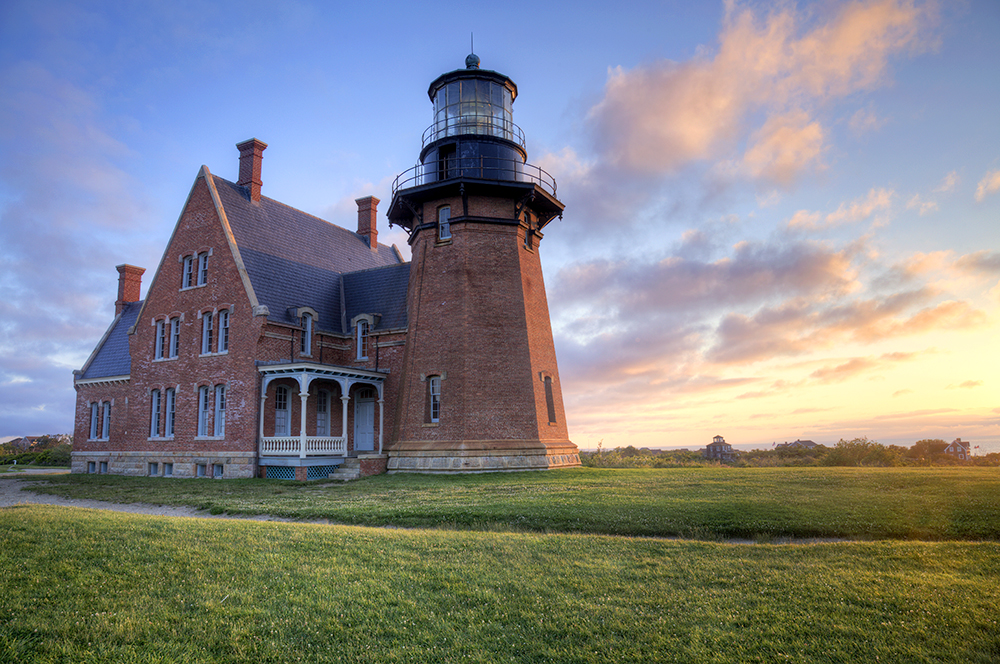 Not many American cities protect their rural nature as proudly as Block Island. Free from overbearing commercialism, this island town’s dramatic sea cliffs will have you feeling like you stepped onto the coast of Ireland. In the warm months, hike along the glacial outwash plain at Rodman’s Hollow. Come fall and winter, the tourist crowds disperse, leaving peaceful, deserted beaches as far as the eye can see. It’s rare to find such unspoiled beauty, which makes Block Island one of the must-see places on the East Coast. 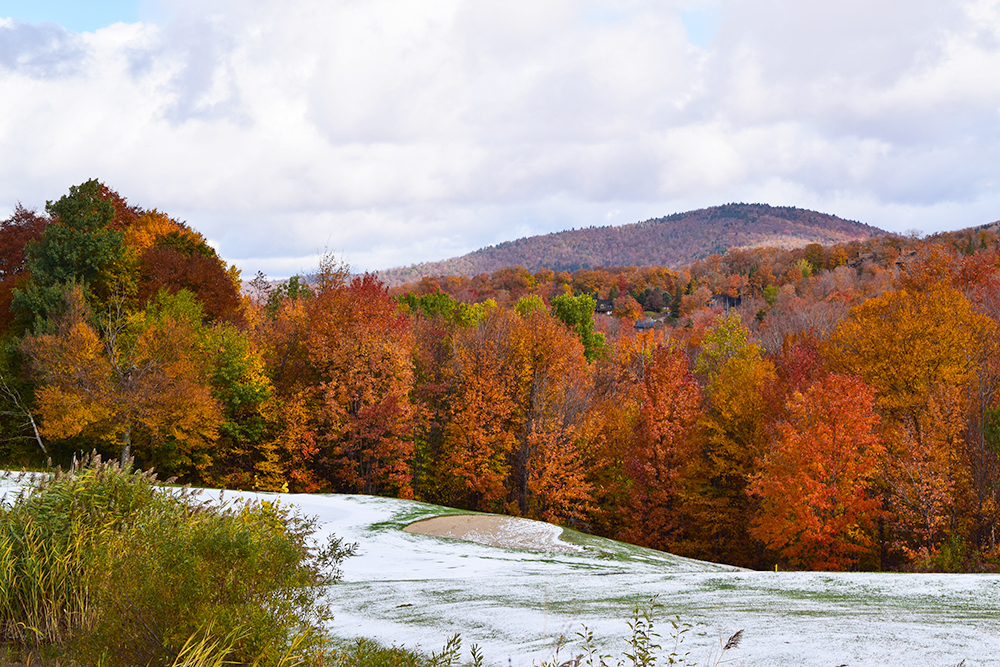 Wind through the country roads of Killington, and you’ll fall for this rugged mountain town. Lush green grass and foliage frame Kent Pond in the warm months, while autumn brings a colorful collage of burgundy and auburn leaves into the picture. When winter arrives, the town sees an average of 250 inches of snow at Killington Resort, creating a frosty winter wonderland. 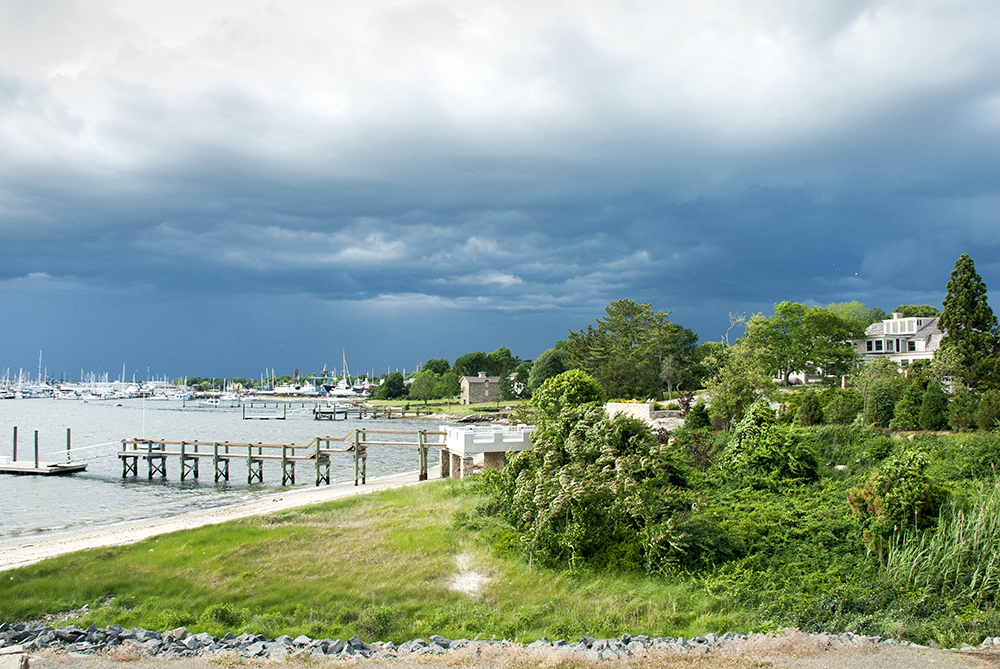 Sitting where the Acushnet River meets Buzzards Bay, Fairhaven is a historic seaside town with a shipbuilding past. The downtown scene is steeped in history, where you’ll find colonial and Victorian architecture, along with sea captain homes and castle-like structures. Buzzards Bay beachfront is the ultimate spot for a scenic summer dip, and when the temperatures cool, crisp autumn leaves flutter around the gothic Town Hall. 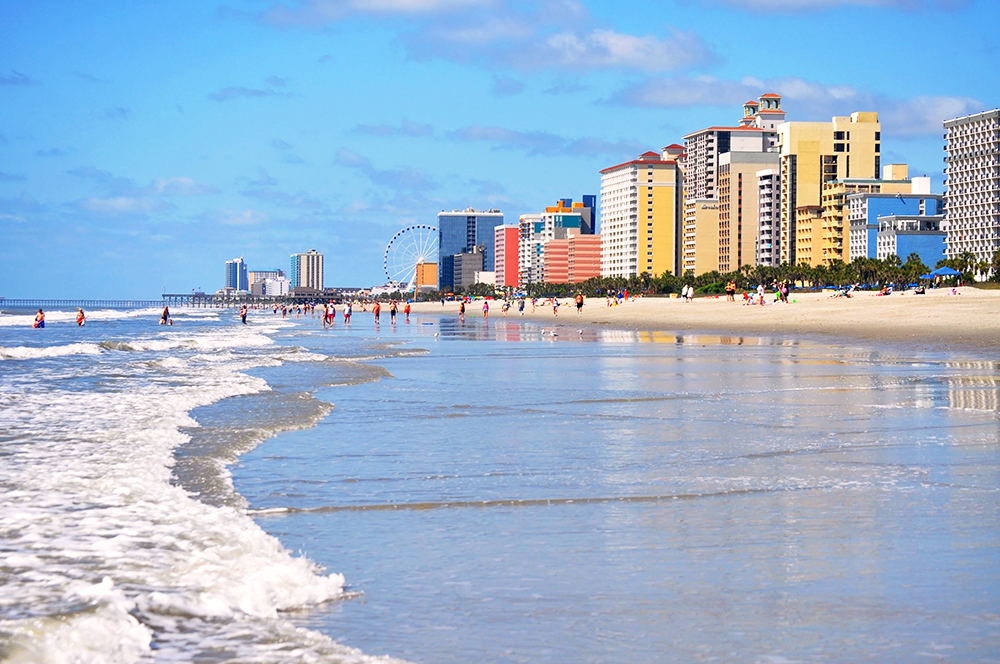 In the summer, Myrtle Beach is the land of sunshine, sand, and sea, where the Atlantic Ocean shimmers under the cloudless sky. Discover the region’s maritime forest in the dunes along the shores of Myrtle Beach State Park and explore Cherry Grove Marsh at the Heritage Shores Nature Preserve. When the temperatures cool, the crowds disappear, leaving only seagulls and shorebirds shuffling along the shoreline. 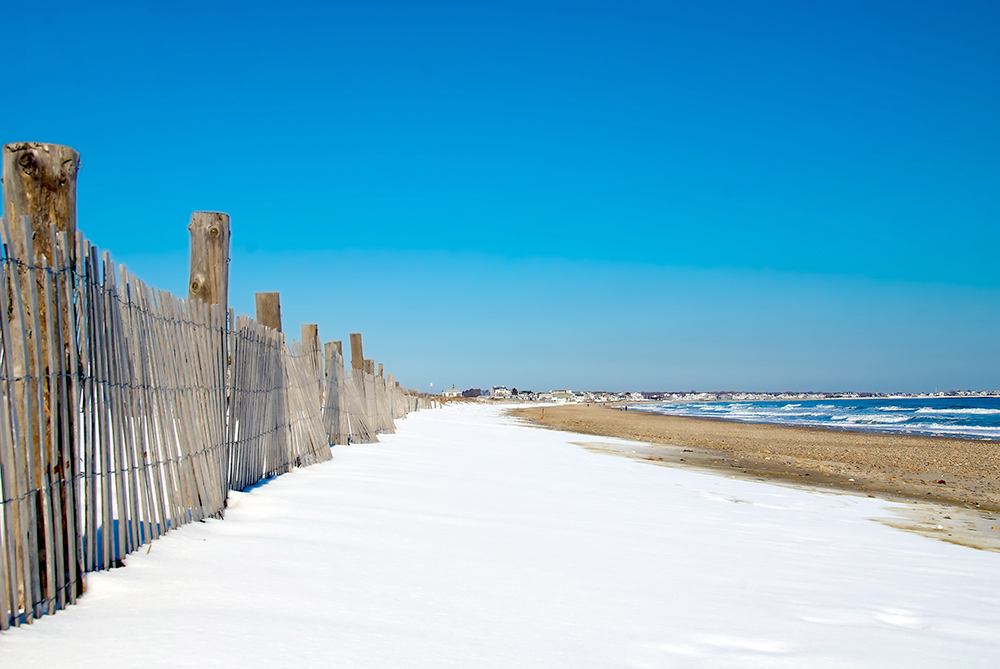 A picture of perfection, Duxbury is a charming New England town on Cape Cod Bay. Summertime invites you to stroll among the wildflowers at Bay Farm, search for seashells along Duxbury Beach, and watch the oystermen at work at Shipyard Lane Beach. When winter rolls through, snow blankets the sandy shores, creating a magical seascape—it’s no wonder Duxbury is one of the best places to visit on the East Coast for a strong dose of beauty. 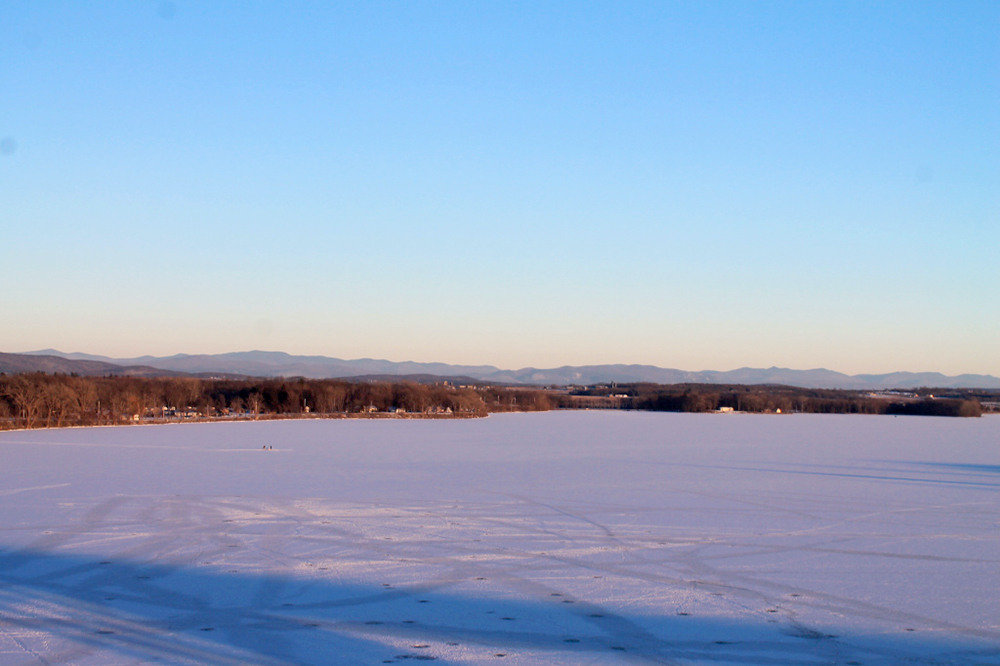 On the shores of Lake Champlain, you’ll discover the Adirondack city of Westport. An illustration of the ultimate mountain escape, it’s teeming with meadows, forests, streams, and pastures. When the temperatures are pleasant, climb Coon Mountain for some lake vistas, but when the degrees drop, cast a line on frozen Lake Champlain or snowshoe the Split Rock Wild Forest Trails to cherish the snow-covered scenery. 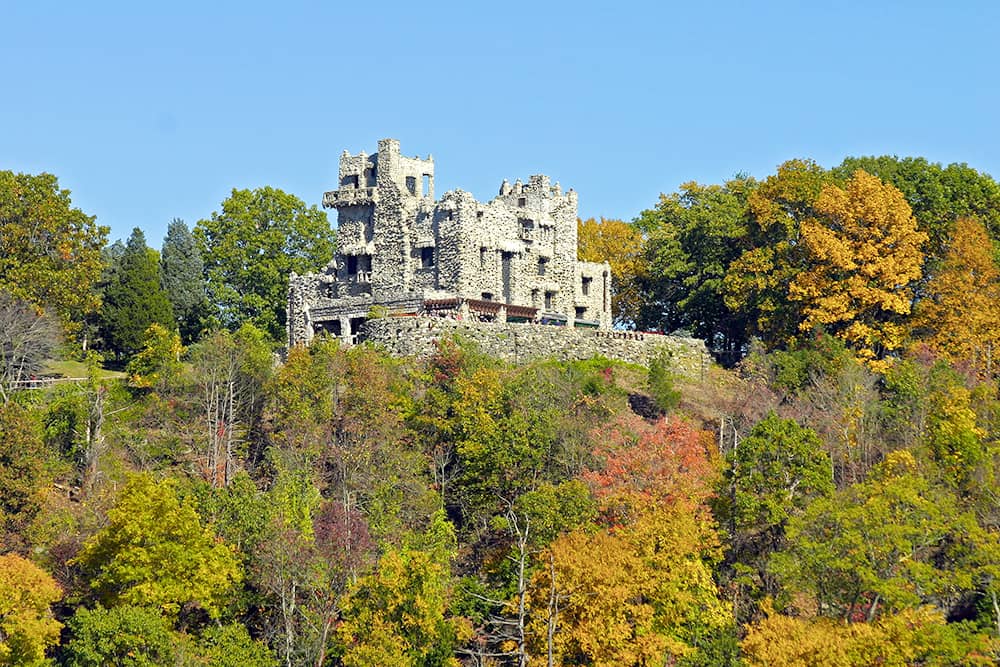 This quaint countryside town is dotted with farmsteads, lakes, and historical structures. A summer picnic on the grounds of Gillette Castle State Park will afford you a marvelous view of the fieldstone medieval castle replica, while a romp through Devil’s Hopyard State Park brings you to the 60-foot Chapman Falls. When wintertime rolls around, downtown twinkles with lights and the lakes freeze over. 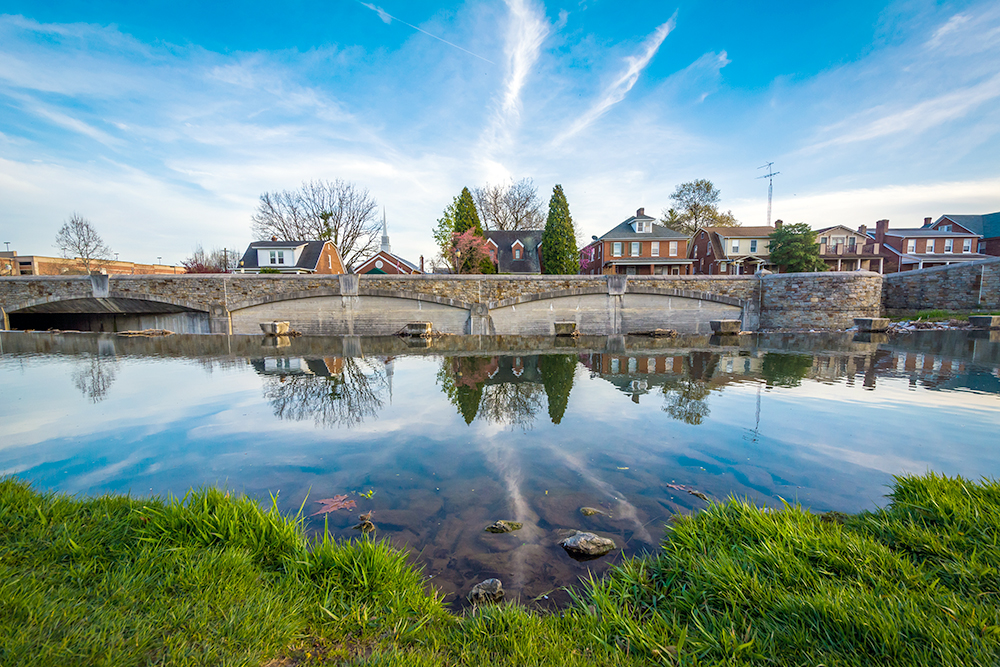 Frederick sits on the Mason Dixon Line and is known for its wineries and Civil War battlegrounds. Take in the perfectly manicured rows of green vineyards on the Frederick Wine Trail, which winds along the foothills of the eastern Catoctin Mountains. When the weather is warm, bike the heritage tours, from the peaceful C&O Canal to rural country roads. You’ll be pressed to find a more charming East Coast city to visit! 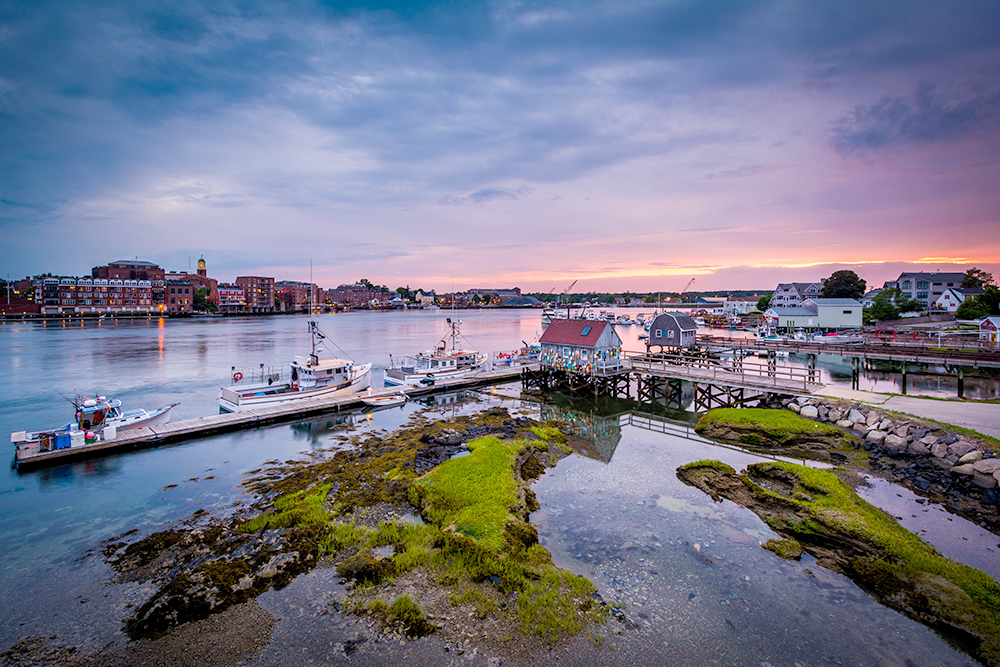 Portsmouth is perhaps as Americana as it gets. A peaceful waterfront town with colonial roots, it shows off seacoast homes, dating back to the late 1600s, that tell stories of the nation’s past. In the winter, snow blankets the colonial buildings, while the summer months are the peak time for flowers blooming at Prescott Park. 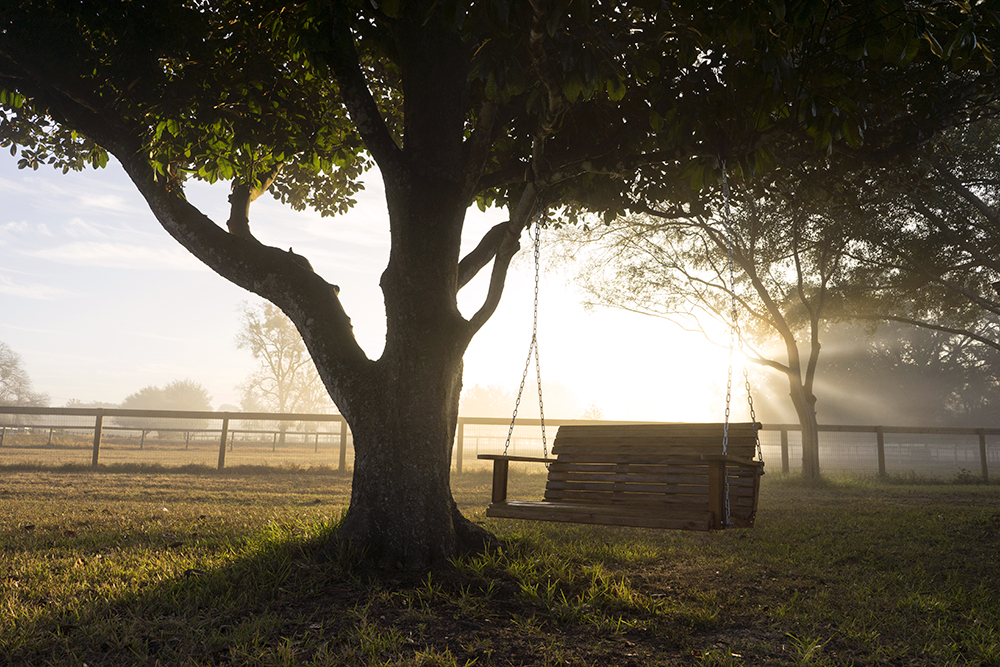 Moving beyond New England destinations, you’ll find plenty of gems farther south, too. Ocala is one of them. Unlike the coastal Florida cities you might imagine in your head, Ocala is in a league of its own. Known as the Horse Capital of the World, its inland location (about an hour and 20 minutes from Orlando) is laden with farms and ranches. Horseback ride along the trails and swim in the pristine springs within the Ocala National Forest. When autumn arrives, hike the Marshall Swamp Trail and marvel at the maples, sweetgums, and oaks changing colors and shedding their leaves. 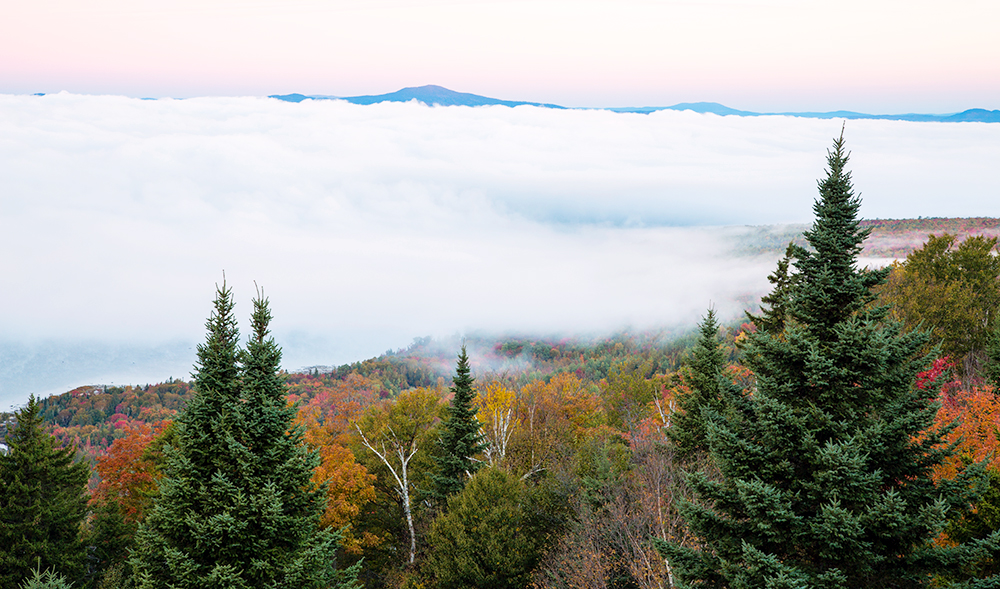 This lakeside retreat in Maine’s western mountains is a testament to nature’s beauty. Come winter, Rangeley transforms into a majestic snowscape with epic snowmobile trails. With the onset of spring, picturesque purple lupine flowers blossom around Rangeley Lake State Park, signaling the warmer months ahead. Once summer makes an appearance, hike to Small Falls and wade in the pools below the rushing waterfalls. 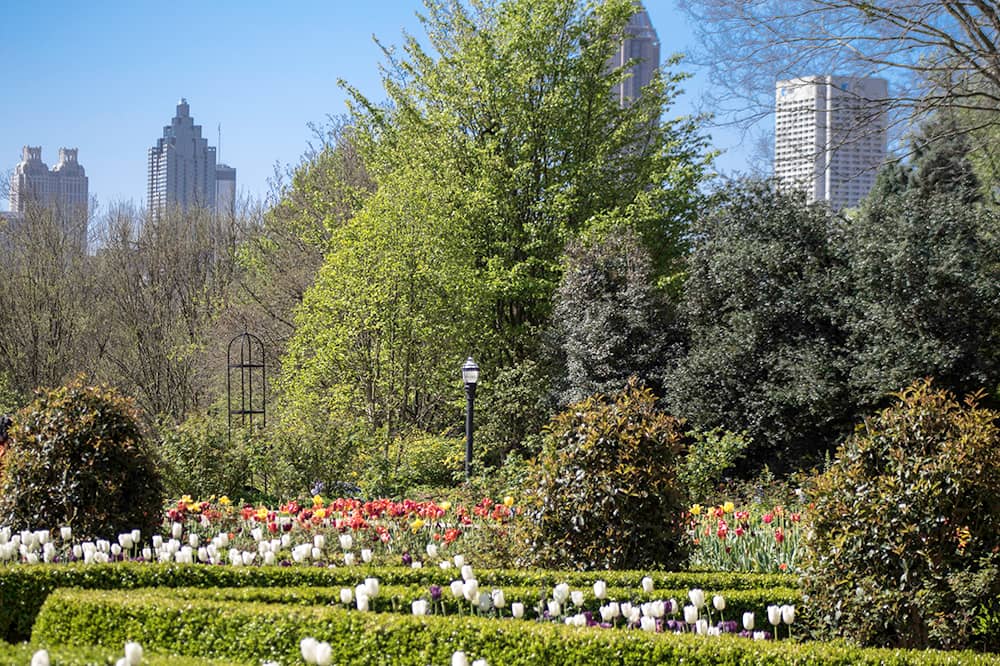 Though Atlanta is one of the nation’s largest metropolitan areas, it has an impressive number of parks and historic areas scattered throughout. Old Fourth Ward alone is surrounded by Historic Oakland Cemetery and a number of green spaces, including Grant Park, Freedom Parkway, and Fourth Ward Park. Once spring has sprung, the flowers at the Atlanta Botanical Garden are absolutely breathtaking. 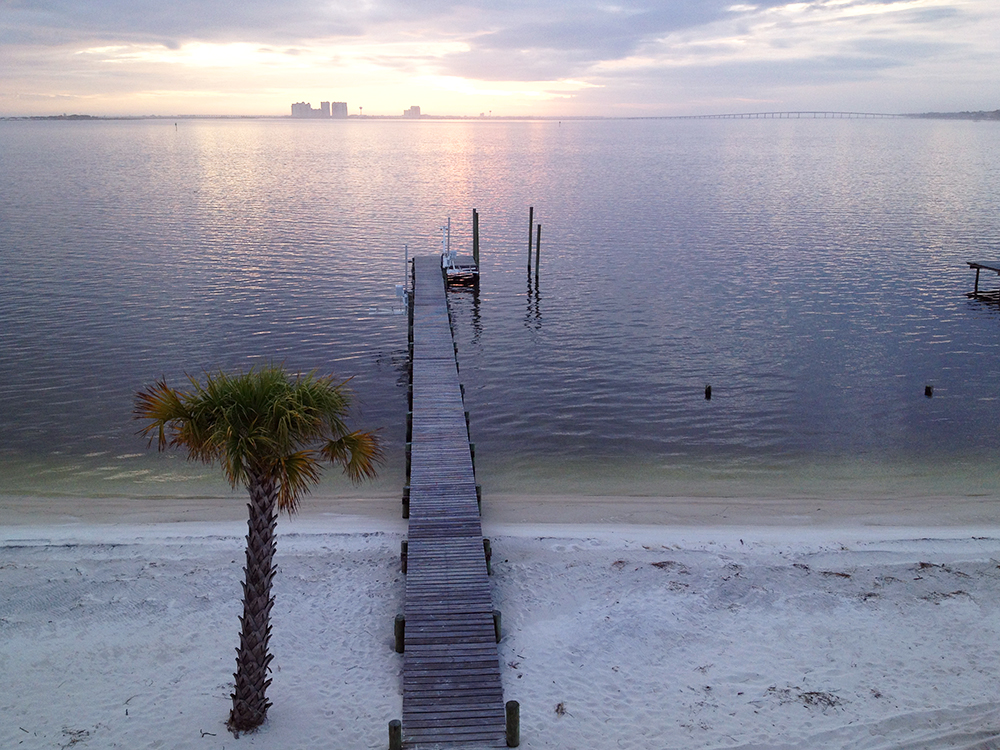 In the northwest Florida Panhandle on the Gulf Coastal Plain is where you’ll find the treasure that is Navarre. Tucked between the Gulf Islands National Seashore and Navarre Beach County Park, this beach town has 12 miles of clear water and white sand. Navarre is quieter and more secluded than other Florida beaches, making it the most perfect coastal retreat. 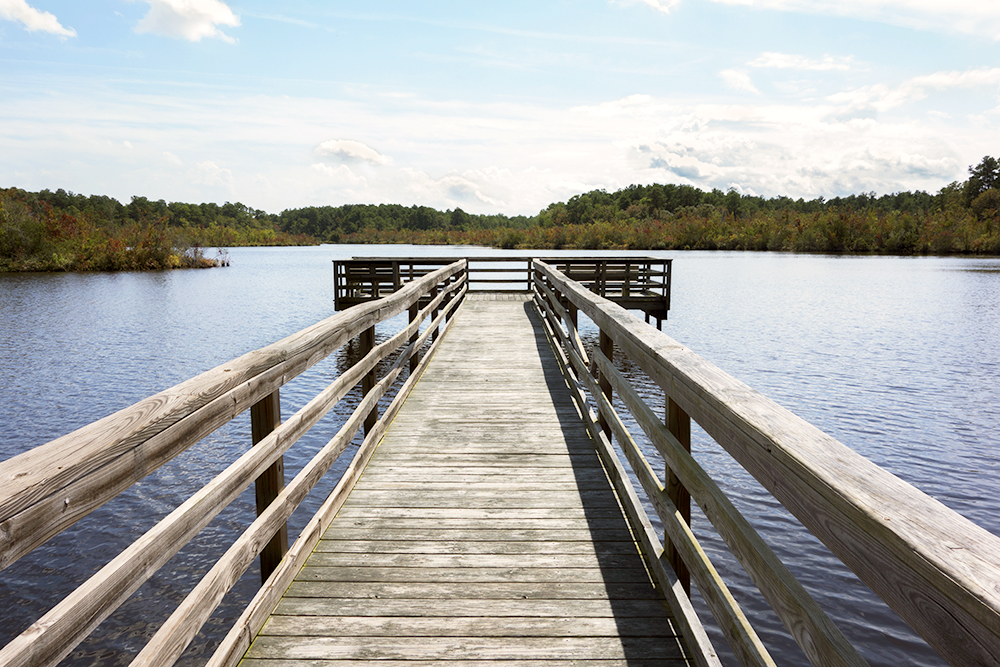 Milton is an impressive riverside town with a bounty of natural scenery and historical architecture. From the Historic District, where you’ll find around 200 registered historic buildings, take a canoe trip on the Broadkill River through the McCabe Nature Preserve. Here monarch butterflies flutter around the black cherry trees and white oaks. No scenic adventure is complete without a stop at the Lavender Fields at Warrington Manor, where you’ll be greeted by a sea of purple flowers.

A maritime city in southeastern North Carolina, Wilmington has coastal views beyond compare. The city’s historic river district and island beaches give off a calm aquatic allure, while downtown provides a glimpse into times long gone. Walk along Cape Fear River and then admire the moss-covered live oaks, antebellum homes, and cobblestone paths of downtown. 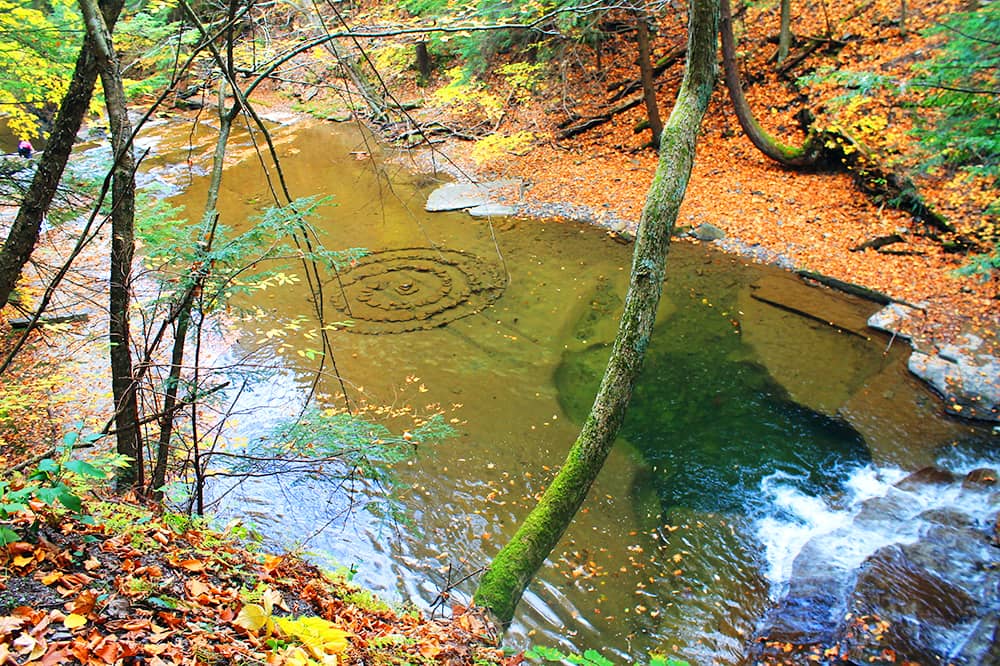 Feast your eyes on the natural wonders of one of the must-see places on the East Coast. Situated in the southern Tier-Finger Lakes region, the city is perfection no matter when you visit. In the winter, the sublime waterfalls at Taughannock Falls State Park freeze around the icy gorges, but in autumn the changing leaves in Robert H. Treman State Park steal the spotlight. With the onset of spring and summer, the vineyards along scenic Cayuga Lake Wine Trail deserve your utmost admiration. 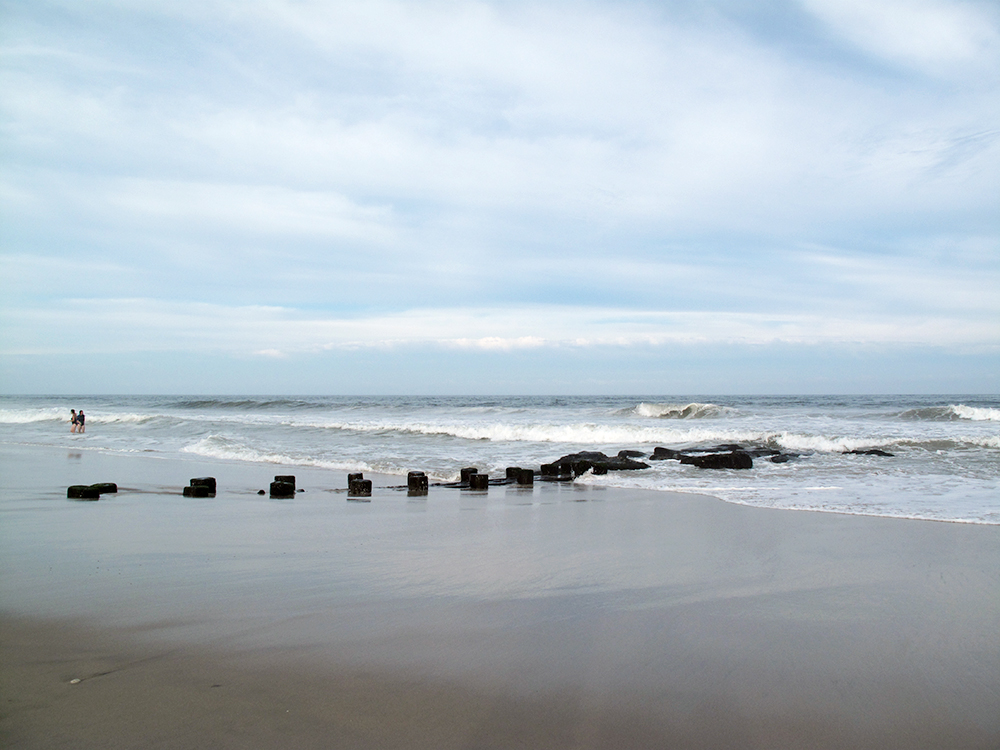 The heart of Long Beach Island, Beach Haven is a charming seaside town that stirs up feelings of yesteryear. Its serene coastline is a summer oasis, and once winter shows up, snow sometimes dusts the shoreline. Stake out a swatch of sand and watch as the Atlantic waves lap the shore, and then venture to Bay Village, which is reminiscent of a 19th-century waterfront village. 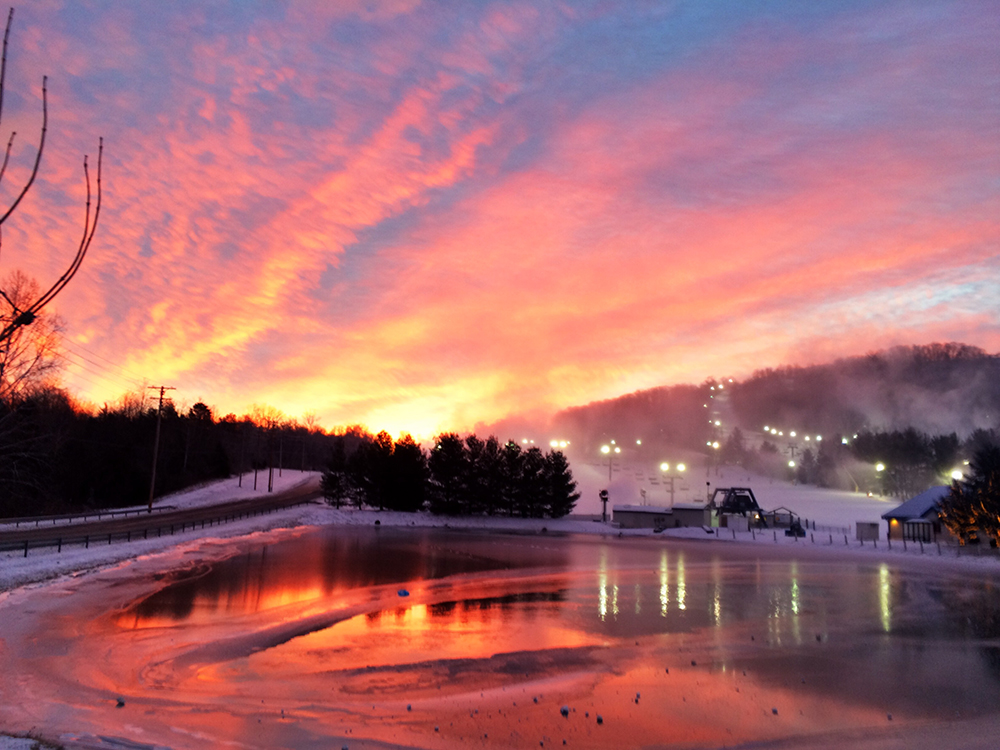 Of all the things to do on the East Coast, a trip to Gettysburg is a must. This southern Pennsylvania city deserves praise because it’s always easy on the eyes. When autumn swoops in, venture along the Gettysburg Wine and Fruit Trail to witness rolling hills with rows of grapevines and orchards in bloom. During the colder months, snow covers the grassy battlegrounds, and nearby Liberty Mountain Resort becomes a whimsical winter playground.

Did we miss other scenic places to visit along the East Coast of the USA? Comment below!